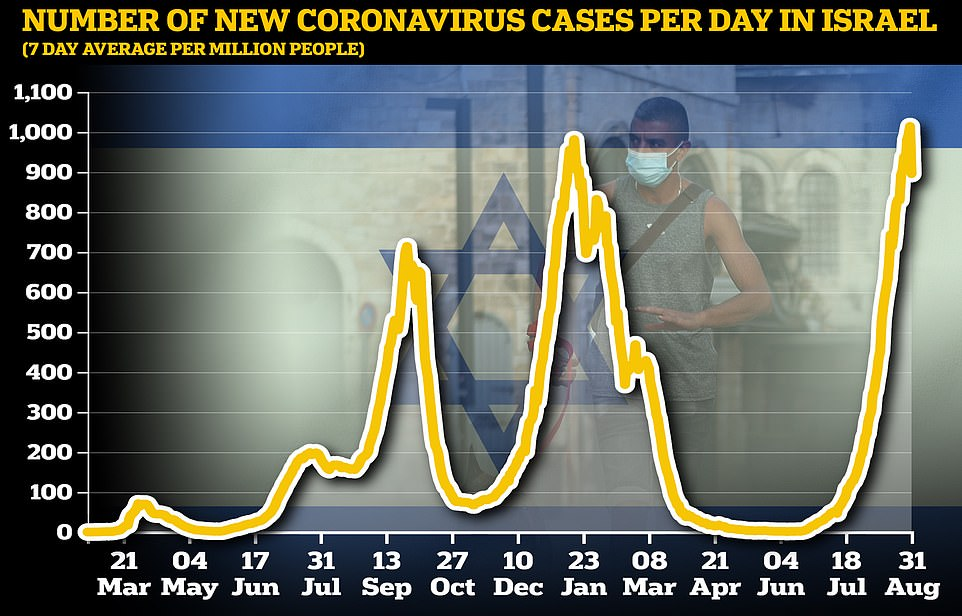 Israel has become the Covid capital of the world despite leading the charge on vaccines, in a clear warning sign that Britain, the US and other highly-immunised nations are still vulnerable to another wave.

Just in injecting my two cents into this news. INJECTING HAHA!

I love the main stream media when they just softball huge problems that are in plain sight like why is one of the most vaccinated countries in the world suffering the worst. Could it be that we the people were lied too about the effectiveness of these shots? Even if the vaccines are 50% effective shouldn't they be doing better than most countries with lower vaccination rates?

But you're not going to here those types of tough questions from the main stream media because that could damage their advertising relationship with big pharma.

The figure only looks at one day's worth of tests and Israel's high rate is thought to have been driven up by a huge testing push ahead of schools reopening there.

But the country has consistently reported some of the highest infection rates in the world since mid-August amid an unprecedented third wave, despite being one of the most vaccinated nations in the world.

For comparison, 522 people per million in the UK tested positive yesterday and the figure was closer to 595 in the US. It suggests protection gained from vaccines is starting to buckle in the face of the highly-transmissible Delta variant.

While Israel is seeing record case numbers in its fourth wave, the jabs are still protecting against severe illness with Covid deaths running at about half of the level of its second wave, even though fatalities have risen sharply in the last month.

Not effective but still get the shot because you won't die from covid. Just get pukey sick for a few days if your lucky and the unlucky ones get blood clots and heart problems all this from the shot by the way. Not to mention all the nasty ingredients in the shot like graphine oxide that damages your cells. Not good in my opinion. I'll stick with my immune system 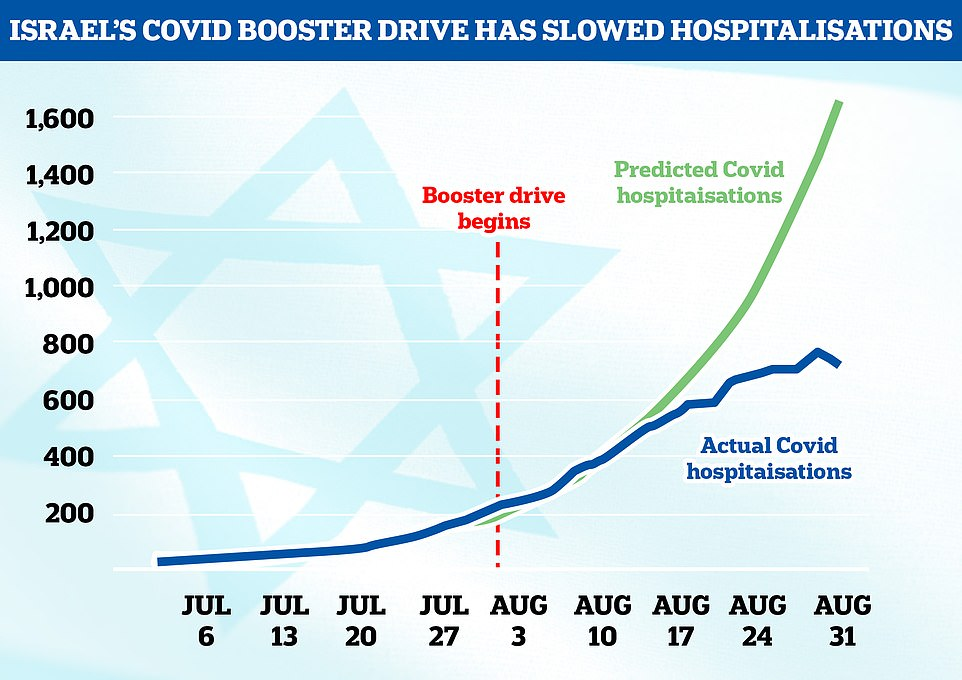 Wouldn't we see a noticeable decline in hospitalizations if these shots were effective?

Things just don't make sense with this virus and the shot they put out for it I think is clearly crap and does more harm than good. It's clearly not working very well for Israel right now. Maybe they'll figure this out after the 100th variant but everyone will probably be dead by then from either covid or the side effects from the shot.

Injections are very effective - they make people sick or kill them, just as intended...

It all makes perfect sense, the plan is called Agenda 2030.