Scammer: Aditya Jain // Be careful who you send your money to!

nathanpieters in #palnet • 11 months ago

Whilst doing my due diligence in curation with all three cents of my voting power, I noticed a strange transfer with a memo of “MSP registration.”

”Hmmmmm” said I, ”there is no fee required in that community, this is a scam!” and I contacted Minnow Support Project moderators to alert them to the scam.

So, of course, I investigated. Then I got some friends. We investigated some more. Soon, I was in the server and suddenly the man behind the evil plan decided at that exact moment to reply to me. He admitted to prior knowledge of the real Minnow Support Project and began kissing my ass. I do not like when people kiss my ass. Also from his wallet is this transfer and memo, confirming his identity and ownership of the second account to which he has regularly been transferring money.

I’m not sure how this slipped by so many, but he even made a post about it in the OCD community, which has now been edited to remove the Minnow Support Project name.

I urge everyone on Hive to do their due diligence and contact the communities first, before ever paying any kind of fee

The scammer was contacted and because the wicked flee when none pursueth, he returned the HIVE and then, At that point he posted that he no longer required a “registration fee” because he no longer had $5 and cannot make $5 more with us watching. When more cleaners arrived to investigate the situation, he chose to shut down the server rather than try to explain away questions that we already knew the answers to.

He has agreed to write an apology post, but as of yet has not done so. Don’t be an identity thief or I will get you and feed you to a jaguar.

Click the link below to join their Discord server!

@nathanpieters. You’ve handled yourself nicely here man, great job doing your due diligence. The only thing I’m familiar with the @crypto.piotr account is the relentless spamming he does in .002 intervals encouraging his own agendas.

I’m not surprised by the way he’s defending this thievery.

The problem is much more severe than that. There is a definite establishment here that has a hand in it, when such prolific and obvious deceit is allowed to exist while small accounts taking small amounts are destroyed quickly.

Congratulations @nathanpieters! You have completed the following achievement on the Hive blockchain and have been rewarded with new badge(s) :

Glad this situation seems to be somewhat resolved. Sometimes things don't turn out so amicably.

I am pleased that the victims recovered their funds. I had deposited to be sure they were compensated...tbh I expected him to cut and run.

But this worked out great. :-)

I know accussed user (@adityajainxds) for quite sometime and we've been collaborating within past few months.

Personally I believe, that such a strong accusations should be backed up by more hard evidence. Otherwise you're damaging someones name and in any normal world (where being anonymous doesn't protect us) you could face legal consequences.

Remember, that such an accusation can bring a real damage to adityajainxds. At the same time you're accusing him of scamming people out of ... 2 USD!!! Think about it for a moment.

How about don’t make excuses for questionable behaviour?

I refuse to believe someone who is involved in multiple communities would make such a careless mistake.

@crypto.piotr it is not $2, it is $5. But that is beside the point. He took it from people who did not have it to give to someone with ill intent. Some of the users are Venezuelan where almost nobody has worked since March 6 due to the quarantine and before earned $3-6 a month. That is quite a big deal to those users.

If you are going to talk about legal ramifications you should probably consider that he stole the intellectual property of the Minnow Support Project and throwing stones in a glass house is ill advised.

His own words and actions hung him here. I let him talk and he professed guilt. In the end it doesn't matter who says they knew him.

I invite Mr. Jain to travel from India to sue me for $5.

Thank you for your prompt reply @nathanpieters

Indeed. You're right. It's 5$ and as you've mentioned - it is beside the point.

What matters here is that you're causing someone personal damage, which is worth so much more than that. So I would like you to understand that, since it's obvious you do not seem to care about this aspect of entire situation.

I wonder - did you get "scammed" personally? Perhaps some of those people would write their own stories on how "I got scammed out of ALMOST 50 cents" (as you've mentioned, 11 users were involved).

Or perhaps you have different agenda and decided to target @adityajainxds for more personal reasons?

Guess what: I also stold few candies in my lifetime and if someone would dare to damage my name and call me scammer on blockchain (knowing this cannot be ever erased) then we would meet in court.

Sooner or later. As thousands people out there does sue for defamation.

And my focus isn't "legal ramifications" as much as the fact, that serious DAMAGE that you inflicted on someone else. And you like it or not - you're in wrong here.
Legal ramifications is just a "bonus".

Regardless, I would like to thank you for polite reply and I hope you can solve this issue in civilized way. Instead of posting on blockchain. Knowing that if it's misunderstanding then you cannot EVER DELETE your accusations.

Piotr that is the biggest sack of shit I have ever heard.

It is not me who has caused damage. I have merely applied the pressure that inspired your friend to correct it. Your only concern seems to be for your friend-I don't know any of these people but they are the real victims. That is my concern.

I'm going to point out the obvious-again, because it seems you have missed it, deliberately or not.

He was quick to admit he knew the name belonged to others. He closed the server when another cleaner told him what he did was fraud. Did I tell him some things to get him to talk? Of course I did. But it is not my behavior that caused damage.

He broke the law. Regardless of what your angle is in this, he will suffer the consequences of his actions.

It is now out of my hands. I discovered the bad acts, I exposed it and I posted the results to make the community aware of the deception and to remind them to be diligent and to ask for help if they do not know.

You are making me wonder if you have a vested interest in this activity.

You may threaten me all you want but in the end it is his words and actions that hung him.

Go ahead and imply I have some “other” motive. That angle has been tried before and fell hard. As it is, I won’t be able to hear you over the cries of your people’s victims of genocide.

This conversation is over.

:vomit: Can someone downvote the shit outta this guy for me?

@nathanpieters Everyone joining the server and sunrawhale is at their own will and done their due diligence and then only joined it.

And regards to fees , they have provided after doing and thinking about everything what they are doing , So you cannot say I took it from them.

@crypto.piotr if it puts it into perspective, at the time of this post, 2 Hive is worth $0.50, which is 17% of the average income in Venezuela. That is nearly one fifth of the income in a country where nobody has enough to eat. In a family of five, if it is split evenly to feed each person, that means the food intended for one of the five is lost to a scammer.

To you and I it may be a small amount but to some it may mean life or death.

I don't know about you, but I grew up hungry. At times I didn't eat for days. Have you ever been so hungry that the pains in your stomach kept you from standing up straight?

I also grew up hungry, as a member of large family, where father was university profesor and mother was unemployed. In post-comunistic country. Where I had to work age of 14.

and I value money. However, it doesn't give me right to do what you did. And it's called defamation. On public blockchain. Without change of reversing it.

And it's illegal almost everywhere around the world. Regardless if you're right or not.

Regardless if you're right or not.

If someone is deceiving others, they need to be called out on it. So @nathanpieters is 100% justified with this post.

Just out of curiousity. What is someone is being "called out" and named "scammer" on blockchain (which cannot be ever removed) and then it would turn out that person calling him out was wrong? As it turned out to be the case here?

Imagine if some would call you a scammer, without making much research. And then this person would appologize to you - however post insulting you would stay on blockchain forever. How would you feel about it?

Defamation is something that is untrue. He admitted his wrongdoing. Now he must suffer the consequences. Leave your empty threats for someone else.

And it's illegal almost everywhere around the world. Regardless if you're right or not.

Well if one is right then it isn’t “defamation” now is it?

Think about this for a moment, what happens to Steemit collaborators in Hive?
I will hunt you like a rat, like the rat you are.

Did you know, that after you offended several our community members and it turned out that noone need to fear you and your "power and connections" - you received such a cute nickname:
"Jaguar Mosquito".

You surely are entertaining person. Unfortunatelly, it's hard to take you seriously.

sweet?
turned out?, the story is not ended.
Nice to hear from you , sir

we know you are a scammer

I just realized something. You do actually remind me of a little barking yorkie: 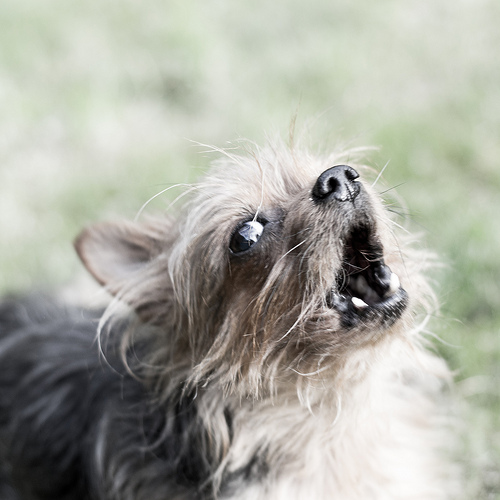