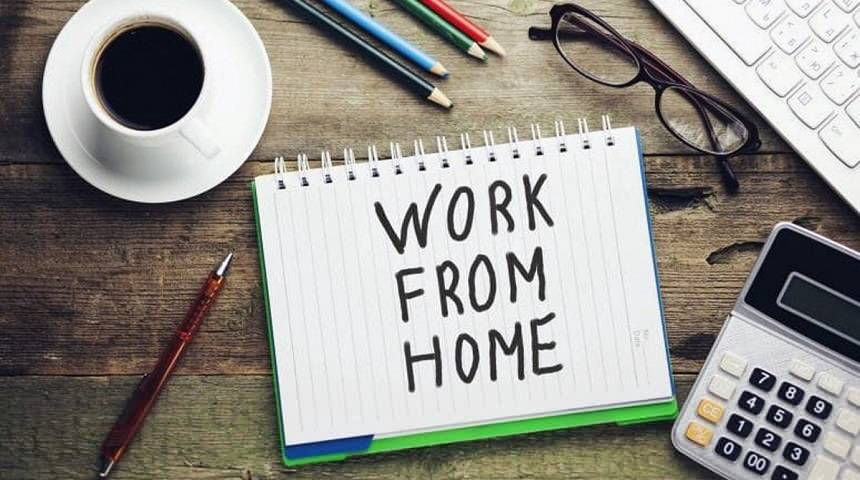 The past year was an interesting one, and it keeps getting more interesting as we go on. Even more so for corporations in particular. Trying to find the balance between quarantine and keeping up productivity, many companies have had to introduce working from home in some form or another. A long overdue development for such a "modern" world we live in in 2021. But alas, a pandemic was needed to become even more civilized. Why is this? Are those in power, better known as management, not smart or competent enough to manage such a "revolutionary" idea on their own? Or is it another case of people not wanting to move outside of their comfort zones, as many managers tend to not mentally function properly if they cannot breath over employees necks every minute. The trust is not there.

With the forced implementation of working from home for many professions, it seems our eyes have been opened. Those who realize they can deliver as much productivity from home, if not even more, are satisfied with the situation. But corporations are pushing back. The older folk who are usually in management, sometimes referred to as 'boomers', want to return to the status quo, not even bothering to analyze the statistics. The war on working from home has been declared, and this silent unofficial 4th world war might proof to be the downfall of companies that remain stagnant, refusing to embrace change. What is the solution? Only time will really tell. But with the internet already as a dominant presence and the impact of blockchain growing exponentially, it's only a matter of time that all centralized concepts will be sooner or later be transformed into a potential hybrid. And those who stubbornly fight back decentralized will eventually, but surely, perish.

I'm a "boomer" (the tail end of the boom) but I also was one of the early adopters of working from home. I worked 2 days at home, 3 in the office for a while when my first child was born in 1989. And I had far, far, far less technology than I do now. My working from home was allowed because my boss, also a mother, had done it first. We were allowed because there was a serious shortage of actuaries and actuarial assistants in Chicago in those days. We were too valuable to lose, so the men in suits accommodated us.

The companies with bosses that accommodate things like that usually go a long way. :)
Interesting point though, whenever supply is less than the demand of people who can do the job, employees have much more power to discuss their working conditions. It's about the same situation for me as a software developer.

I like how you and @old-guy-photos are just rolling with the term 'boomer' 😅, as it seems some on the internet become heavily offended by it. Of course, I meant no offense.

I don't mind being old. It means even though things have tried to kill me, none have succeeded yet. You can call me anything you like--just don't call me late for dinner! !BEER

I will keep that healthy perspective in mind for if I ever get there. 😂
!BEER

Hey @fiberfrau, here is a little bit of BEER from @rarej for you. Enjoy it!

Hey @rarej, here is a little bit of BEER from @fiberfrau for you. Enjoy it!

Oh good to see another Boomer here on Hive! I am a very close Boomer lol.

BTW My daughter is thinking about doing actuarial science, but not happy about the tests. She may just do a general math degree instead.

If you are good at taking tests, an FSA (passed all the tests) makes fabulous money. Actuarial science is a good fit for introverts--lots of math, all day, every day.

No doubt about it , any company that dosen't follow up with technological advancement with be overtaken by their competitors .
Many tech companies already allow working from home even before the pandemic so working from home was not a new thing to me . It was only a forced change for some companies that find it harder with their employee's working from home .

It was already common in the so-called developed countries or other countries where technology is a bit more advanced than the rest. Unfortunately not in my country yet, but sooner or later, everyone is catching up, even if forcibly.

I work for myself so there is no question where I am working. What you said about companies not trusting their employees and managers feeling the need to micro manage is all too true. I can't work that way.

I work for myself so there is no question where I am working.

You are living the dream. :)

I truly am, @rarej! And for that I am very grateful everyday! Thank you very much for the tokens. 😀
!ENGAGE 20
!ALIVE

Submit
0.00 PAL
2 votes
Reply
[-]
misterengagement  last month
Thank you for your engagement on this post, you have recieved ENGAGE tokens.
100%
-100%

Good Morning and Thank you, @misterengagement! Enjoy your day.😀

My work place gives us options. We can choose either work from home or go to the campus. It is pretty nice..

Nice. That's the way it should be,

I am guessing the numbers end up around 70% back.

Depending on what area or country you're in the numbers vary, but that seems like a reasonable average.