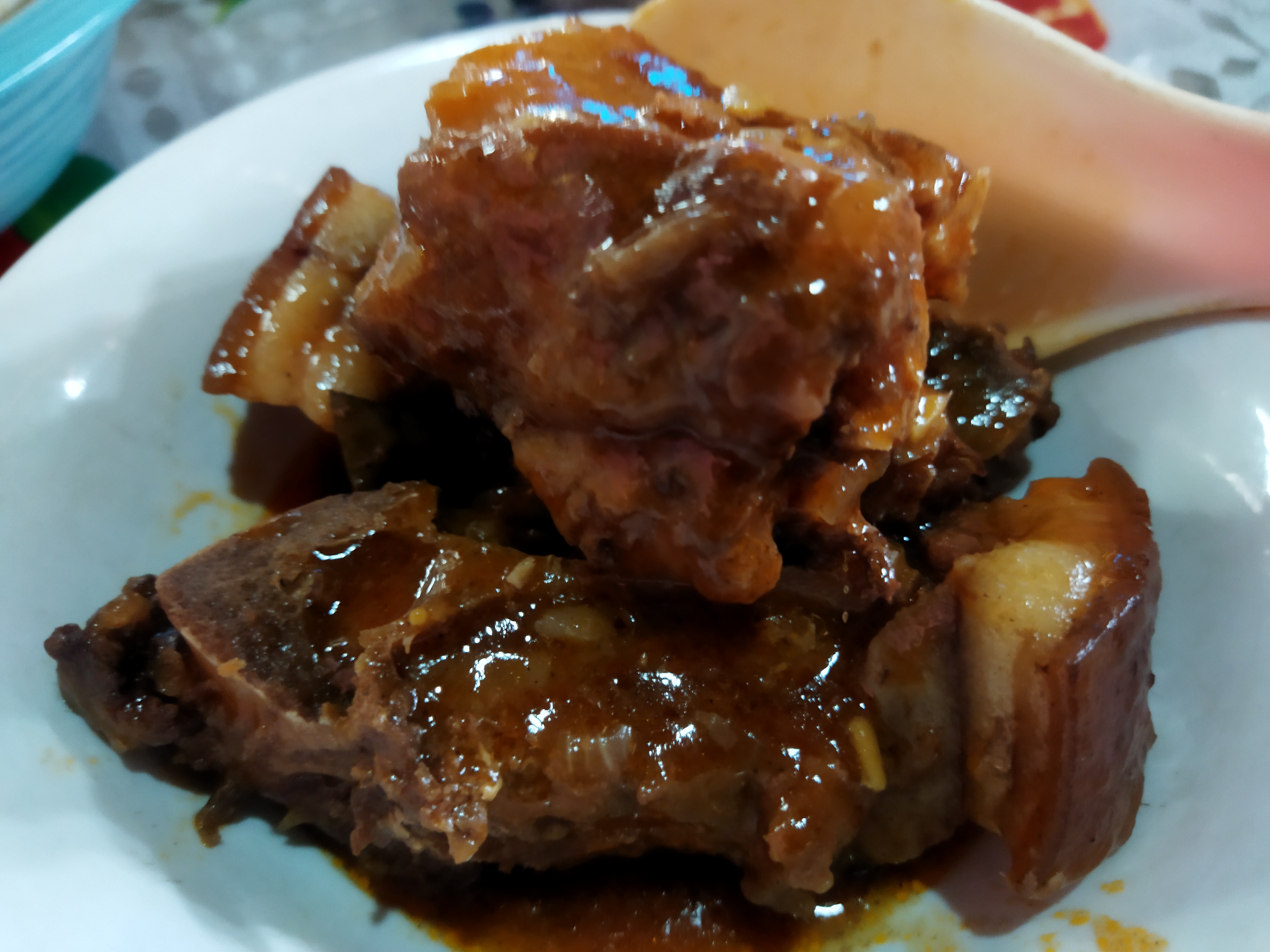 My aunt is helping me learn how to cook because unfortunately that's a skill that I have not mastered even if I am almost midlife old. Today, I wanted to have Caldereta which is a Spanish influence to the Filipinos when we were colonized by Spain for 333 years.

Filipino Caldereta is basically beef stewed in tomato sauce with vegetables like bell peppers, carrots, potatoes, peas, and spices such as garlic, onions, peppercorns, bay leaves, plus a small can of liver spread.

We did not have all those ingredients in our kitchen because it's a Saturday. Tomorrow and Thursday is our market day and we did not plan to cook Caldereta originally, we were going for pork broths recipe often lately. It was my idea to cook Caldereta because I miss it and we had the pork ribs frozen here for almost a week already.

My aunt told me we could cook it with less ingredients therefore it won't be called Caldereta but it is Caldereta-inspired. We sauted the pork ribs in oil with garlic, onion, salt and pepper. Then we added water and pork cubes and let it simmer until the pork was very tender and close to taking off the bone. We then added the tomato sauce and the ground peppercorns and bay leaves. I added a little bit of hot sauce because I wanted to have that spicy kick. It tasted good, I want to do it again sooner with more ingredients veggies. I used to be intimidated by such dishes and I never tried cooking them but now they seem kinda easy to prepare that I am trying.