@ubani1 63
about 2 months ago
Hive Learners 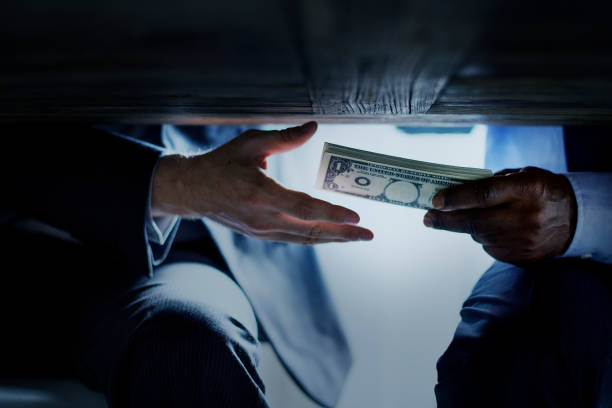 Corruption…. What springs in your head when you hear the word, "corruption?" Yes! What? Am pretty sure a lot of bad things, awful ones, and painful experiences. True, that doesn't display any good thoughts or memories. But still, I need to talk about it because I am tired of it. No, we are all sick of it.

I tried to get the best definition of corruption, something that would suit my discussion. But they have a lot of meanings. So I will leave you with my definition. "The word corruption is a dishonest act of abusing entrusted power, position, popularity, and assets for private gain." There you have it. Many of you might think of corruption as the abuse of public power or offices for personal gain. Oh! No, corruption doesn't start and end in governmental positions, before those in power were elected, they were ones, regular civilians. It's bred from the root.

Since their inception. African countries have been battling corruption as a major problem. In some cases, it has gained egregious theft for which I can say no possible ethical or historical explanation. It's all swept under the carpet and has played a vital role in the leadership system.

Here, In West Africa, Nigeria. Corruption has eaten deep into the bone marrow that a little child's dream of becoming a Governor is only to embezzle national income, all in the name of "Share the national cake."

Yes, it's not our fault but still, it's our fault. We blame the government over and over for things that should be done. But when the time for the election comes, we neglect our human rights. "Right to exercise our human rights." But instead, we fold our arms and watch a wrong leader sworn into power. Most times, they bribe us, sell our vote and suffer again with their empty promises. 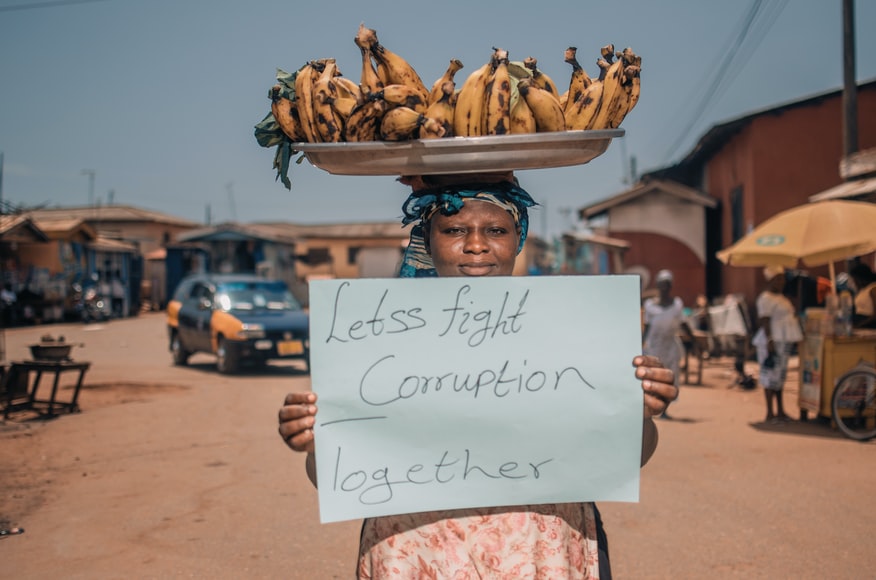 source
Africans take a look at our dear countries, and how blessed we are to have beautiful weather and wonderful natural resources. But, no, greed won't let us come together as one. We are divided by our selfish interests. "It's all man for himself." Have we thought of our younger ones, the leaders of tomorrow? As they say. What future do we hope for them? Is it internet fraud? Or our daughters selling their bodies for money. Oh! Our generation is falling out from the right path. Technology development seems of no interest to our leaders, only to steal funds and lie. All in the damn name of "Change." Propaganda our leaders have blinded us with.

They say the police are our friends. They say the court is the last hope for a common man. Is it? The Justice system has been branded up with suited liers, who speak for the money alone and not for innocence.

A police officer stops a young man, just to look good in his early 20s, then harasses him, forcing him to understand the officer's needs and once he understands. He picks him up, cleans him, praises him, and lets him go. Now, you see the system is all corrupt, ruled by heartless leaders with zero human feelings. But still, every four years they come to us for our votes. Beg us for a second chance, take us to an open field, and feed us with their lies.

My dear readers, now you see, one way or the other, we are corrupt. Maybe to survive or it's just who we are. Still, remember we all have a choice. Make the right one.