Introducing The Rosa Parks of the Vaccine Hesitant Movement

Speaking before the Michigan House of representatives, Dr. Christina Parks delivers a bombshell testimony with devastating logic. Right off the bat, Parks addresses the oversimplification of how the virus gets portrayed in the mainstream media. Christina speaks to the fact that America is mandating vaccines because we got deluded into believing vaccines prevent the spread of the virus.

The truth of the matter is that vaccines did not get designed to stop the spread. When measuring the efficacy of vaccines, they're checking whether or not symptoms get attenuated for the first variant. And apparently, the first variant is no longer the dominant strain in America. Presently, the alleged prevailing variant is the Delta strain.

According to Parks, the CDC director, Rochelle Walensky, has either admitted or tacitly admitted that the current vaccines cannot protect Americans against Delta. For me, this means that allowing them to vax-stabb me with a foreign mRNA substance that will not protect me would be a miscalculation for my health decision-making. The fact that they're pushing so hard when it won't affect transmission speaks volumes.

Christina further elaborates that the public policies should not get driven by desire and hope but rather by the data itself. Dr. Parks goes on to ask and answer the following question:

Q: "Do the vaccines prevent the virus from infecting and replicating in the nose and the nasopharynx?"

A: "No, they've only got shown to prevent that replication in the lungs..."

As we move a bit forward into the clip, Christina summons the question that "..maybe they're mandating this because they just didn't know with the COVID." She further goes on to reveal her dismay with agencies like the CDC, who she says: "know better and are misleading the public."

Astonishingly enough, Dr. Parks proceeds to blow the lid off the DTaP vaccine by demystifying how it works vs. how it gets portrayed. The DTaP is for pertussis, which is commonly known as whooping cough. The vaccine for this disease did not get created to prevent the spread of pertussis bacteria but rather to neutralize the toxin it secretes.

I know the above might sound confusing, but essentially what it does is turns the vaccinated people into carriers of the bacteria, and they've become asymptomatic to the toxin. That said, when the CDC run their demonization campaigns against the unvaccinated for being the cause of whooping cough, quite the opposite is true. Vaccinated Children are the initial vector points that put unvaccinated newborns at risk.

At this point, we are only about halfway into the clip, and this woman's truth bombs are extraordinarily devastating to the lies of the various organized medical mafias and big pharmaceutical cartels. It's here where Christina begins to shift gears and address the flu vaccines and whether or not they're benefiting society at large.

When addressing the flu, Dr. Parks says: "there is no statistical difference, whether you're vaccinated or unvaccinated, whether you get the flu or not." Then she gets into the efficacy of the flu vaccine's alleged role in reducing symptoms. Assuming you get vaccinated against the dominant flu strain (which seldom happens), the flu vaccine is about 65% effective in preventing symptoms for the first year.

When you go beyond that first year, the efficacy turns from positive to negative. Essentially, Christina is suggesting the eroding effects of repeat flu vaccines cause people to become more likely to get hospitalized from acquiring a severe disease. She says: "the same thing (is happening) in COVID with the Delta variant."

Moving towards the end of the clip, Dr. Parks begins to wrap up her testimony by explaining some of the solid reasons why it is that Ph.D.'s, those without high school degrees, and blacks are highest among the vaccine-hesitant. The Ph.D.'s know better. People without degrees "know what they don't know, and they don't trust the government."

And as most of us know by now, black folk have well-established historical grounds not to trust the government, Tuskeegee being one of the most obvious. However, more recently, you have a whistleblower called William Thompson who admitted that CDC shredded data linking blacks, autism, and the MMR vaccine.

Dr. Christina Parks concludes by speaking to the discrimination of the proposed vaccine mandates seeing as how the law will exclude 70% of African Americans from the workplace. Considering all the above, even if you set aside any inadvertent segregation, not trusting the government at this stage in the game seems like the right move for me. 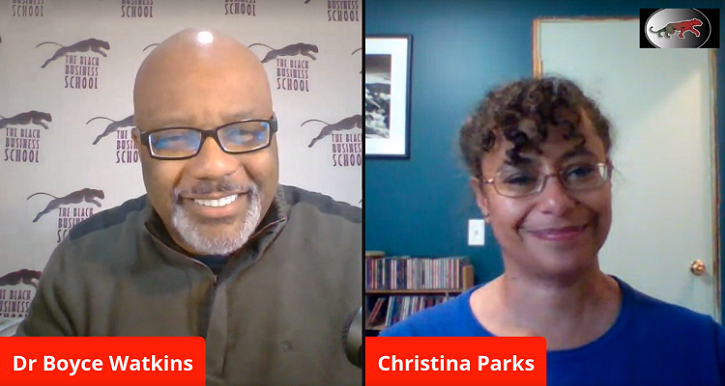 The injection IS Delta...

Well, I think they are blaming the vaccine-injured who got vaccinated against Alpha on the Delta strain. However, that doesn't mean that Delta does not exist. Delta might be relatively harmless for most people, so long as they didn't get shot up with something that causes their body's to mass-produced the detached spike proteins.

Covid is all bollocks but graphine oxide is deadly shit...

Well, whatever shenanigans are going on may involve more than one virus, toxin, substance, and or experiment. I can't say to have cracked the entire thing, but I know that many believe they have and claim to know what is up. This post is of a Doctor who is addressing COVID-19 through their orthodoxy. If they cannot make sense using their logic—there is no reason to play their games or follow their cult leaders. 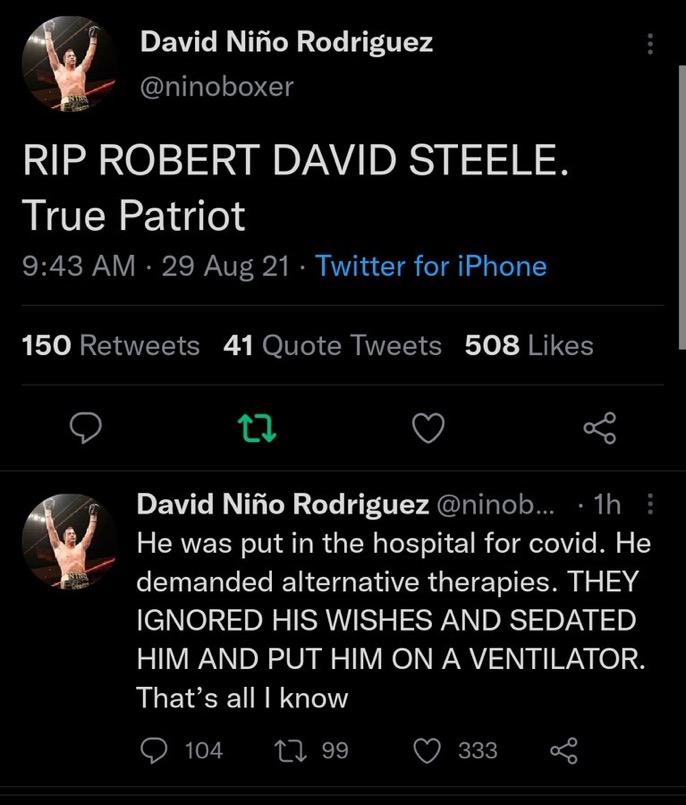 Thx man, RIP to the guy if true. I made it a point
to avoid him after he tried gassing AJ up about
a colony of slave children on mars. Not saying
that something like that is impossible. It just
seemed like he was intentionally trying to
provide MSM w/material to well poison.

Unfavorable information (be it true or false) about AJ is presented by another. (e.g. "Before you listen to my opponent, may I remind you that he believes there is a colony of slave children on mars.")

Regardless if that were his intent the opportunity wasn't
lost to smear Jones for not shooting down Steele's claim.
Intentional or not, he got him pretty good w/that one.
What are the chances NASA up and decides to respond
to some zany conspiracy theory put out on the web?

nobody knows anything, unless one decides on knowing something :D

(confusing) facts of mine:

If it (shot or virus) doesn't kill your right after, you will stay uncertain what may kill or harm you. I've chosen to believe in none of it. What I observe: The more I read about the dangerousness of one or the other, the more it affects me in a negative way; I feel anxious. The less I busy my mind with it, the less it worries me. So, maybe I like to busy my mind with things that worry me - LOL

LOL, I know the feeling! Here is one thing to consider, vaccine trials have a control group that receives a placebo. The people involved are not supposed to know which group they are in, which means some people who got the injection may have only received saline solution.

please, do not belittle my high intelligence ;-) Of course, that thought already came to my busy brain. HaHa!