Why are they here, in a different population

@soehada 65
about 2 months ago
Fascinating Insects
Hello Guys ... How are you today ?

People say that, grasshoppers are one of the leaf-eating insects, these insects have short antennae, long legs and wings that are rarely used 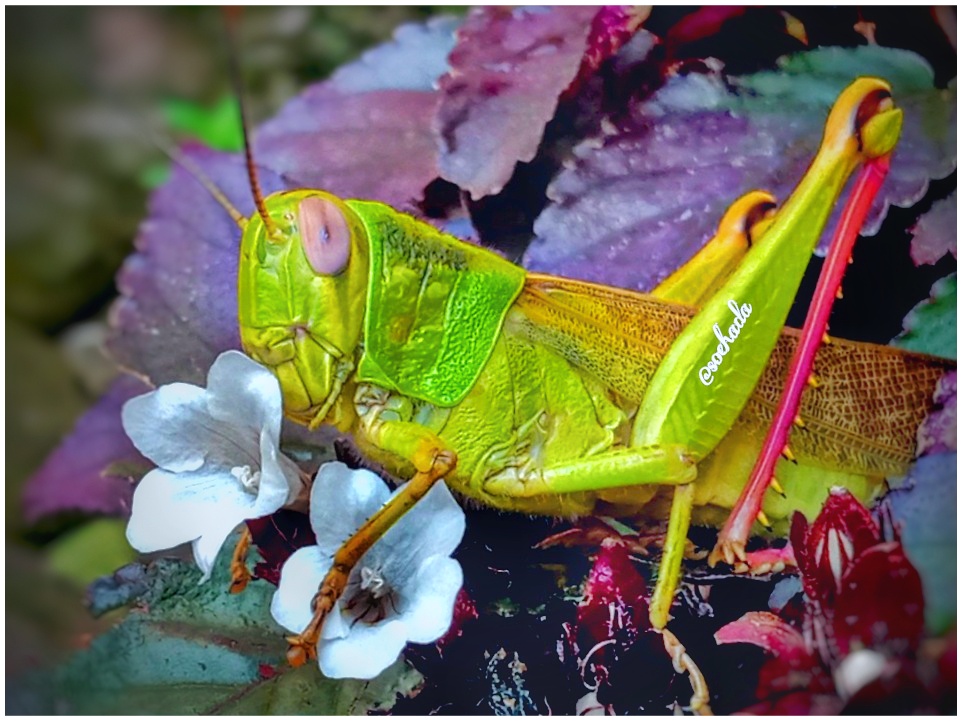 People also say they belong to the group of herbivorous animals that eat leaves. They are very easy to find in our area, in general they are often seen in forests, cliffs, meadows that have grass including moist soil, if in villages they often dominate the kaffir lime plantation area and mostly in rice fields. But today, they have chosen urban locations, such as in every ornamental plant and several other plants that choose their food potential.

If in previous years, each grasshopper chose a location that had the potential for green leaves and lots of food available, then today is different from before, choosing an urban location that has ornamental plants.

It can be seen at a glance that the population of grasshoppers who choose urban locations such as in our area is countless, this is known from their presence in every plant cultivated by our community, they are often found and dominate the ornamental plant area, with large sizes and have become adult grasshoppers, or have become the mother of grasshoppers, most of them are female, this can be seen from their large body posture, because morphologically the size of the female is larger than the male.

This experience occurred when the pandemic had not yet hit all regions of the world, especially in Indonesia, when grasshoppers that lived in the grasslands were often pests for every rice plant, and if present in large quantities, the harvest that year would fail. This is due to large numbers looking for food, so it is considered to attack every part of the rice plant, so that the rice seeds become damaged and die.

The failure of that year's harvest prompted the local government to devise a method to expel it from every plot of the community's rice fields, then they also looked for food in open fields that had green plants.

Today, I myself see it here, on every plant that is in someone's flower garden, in a different amount than in days gone by. Its presence in every plant is not only in plants that have green leaves but they also dominate every leafy flower other than green.

Here are some photos you should see... 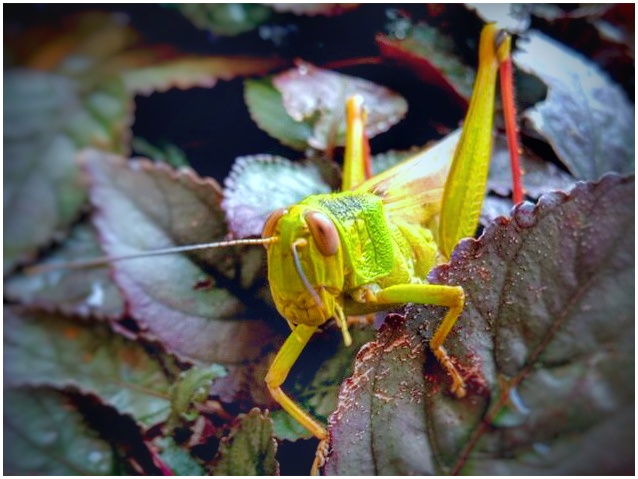 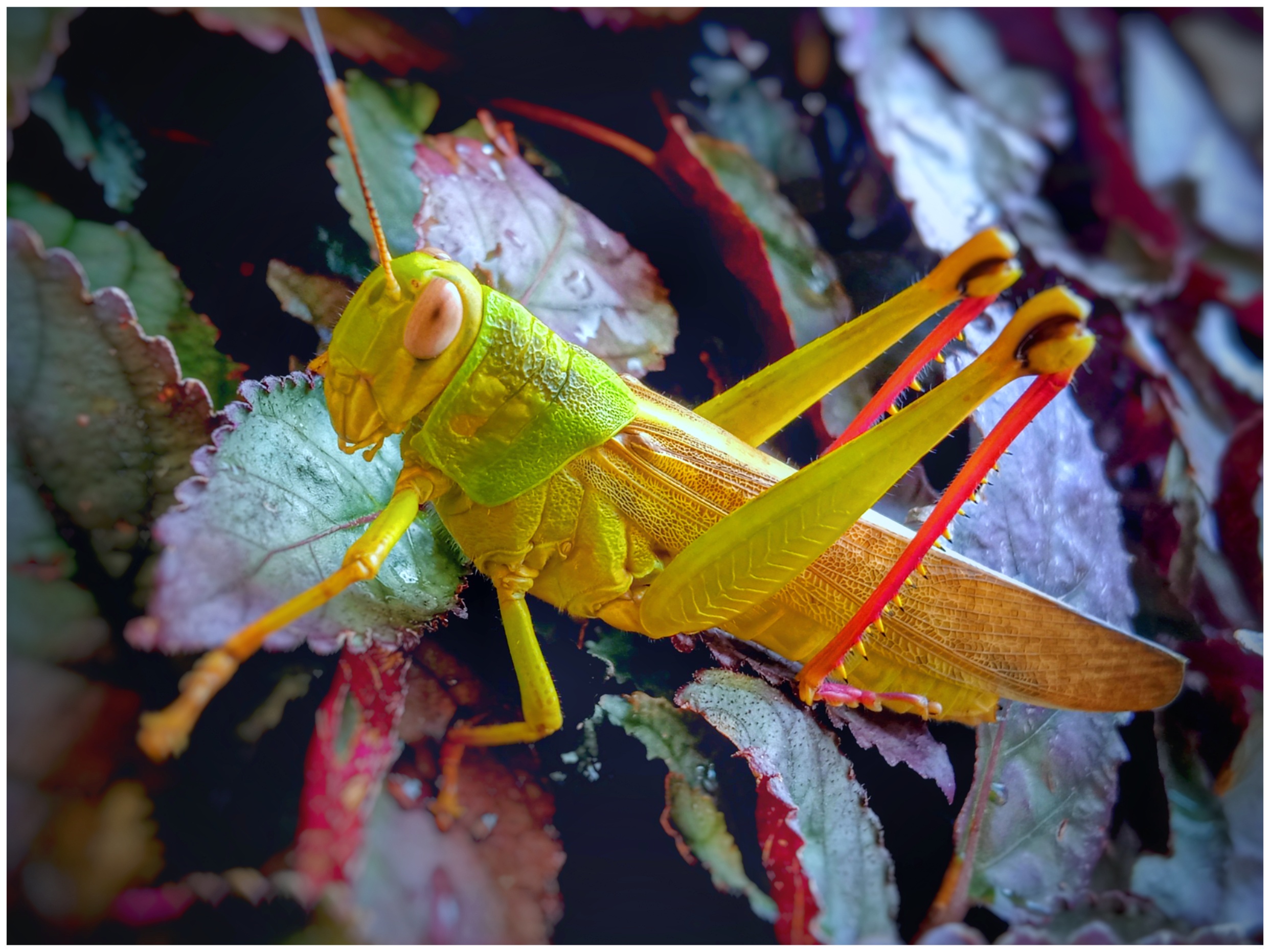 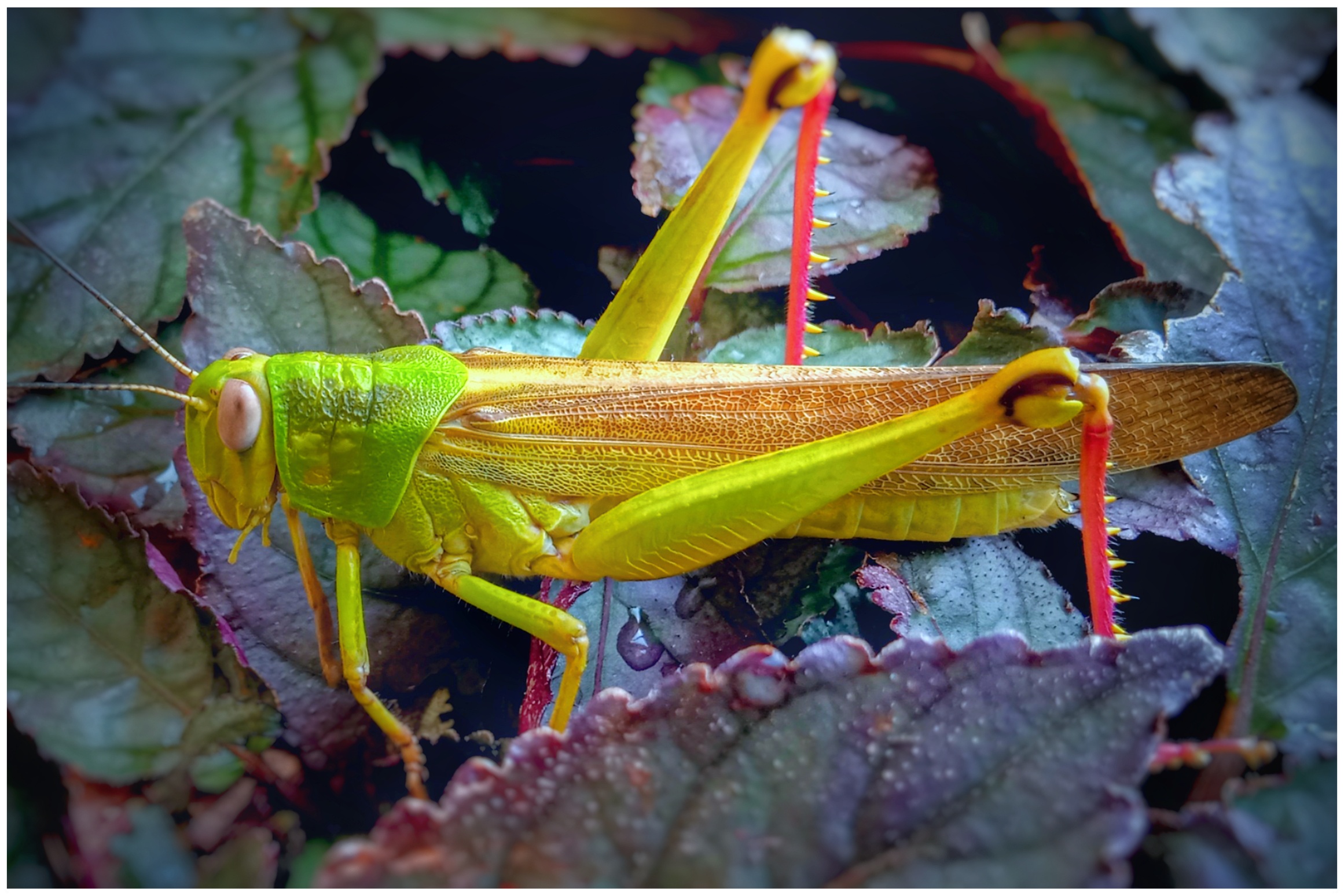 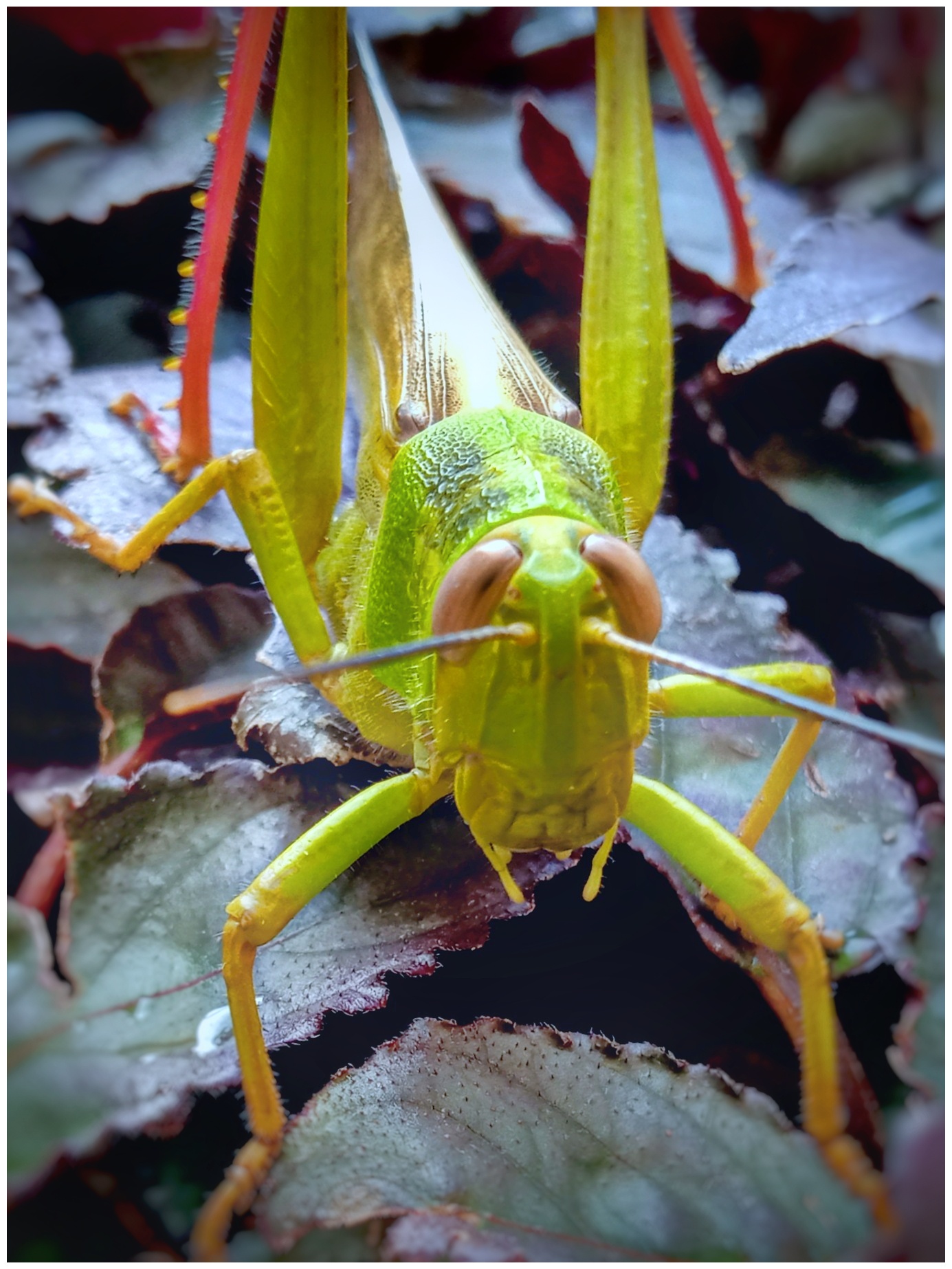 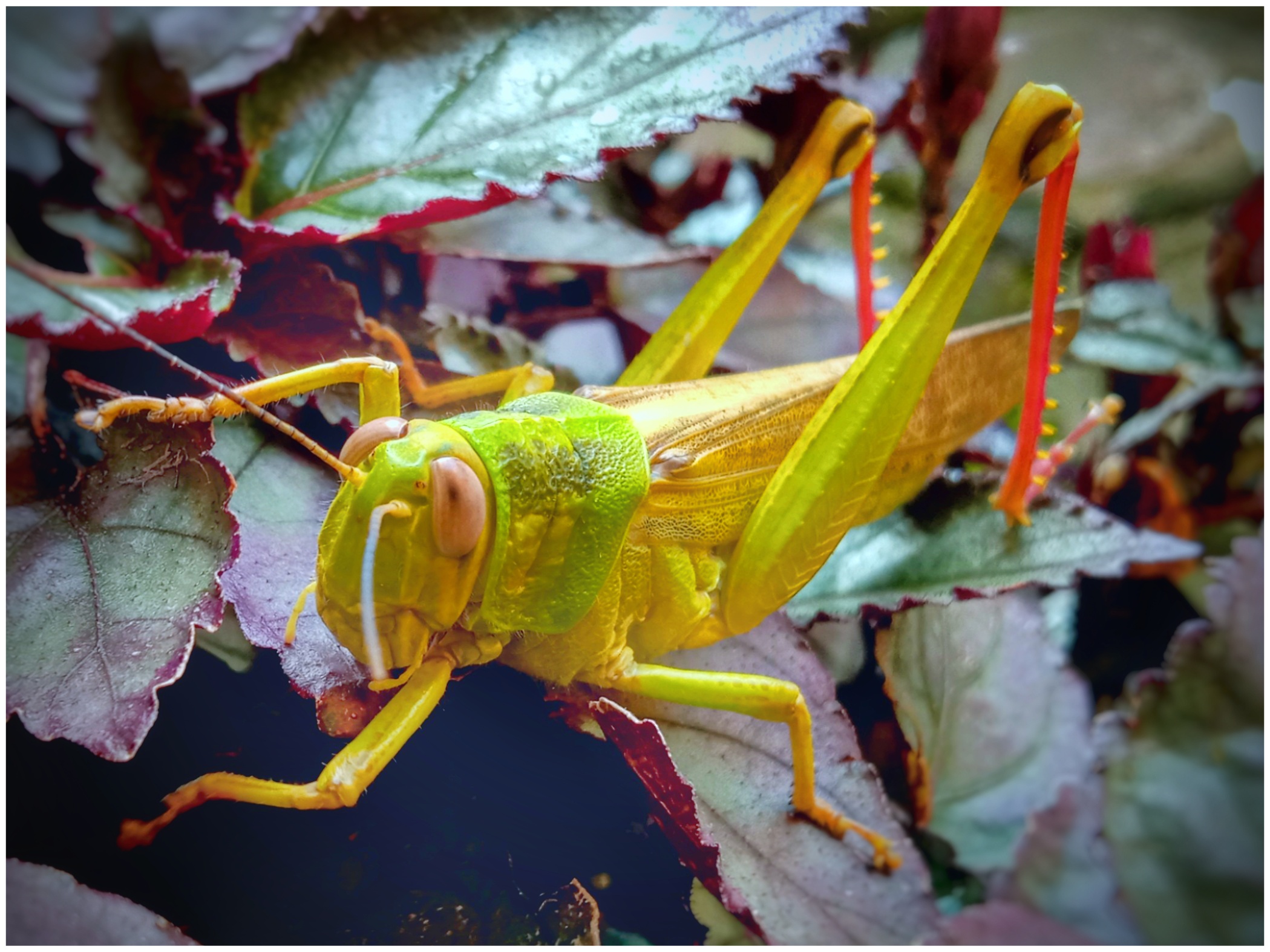 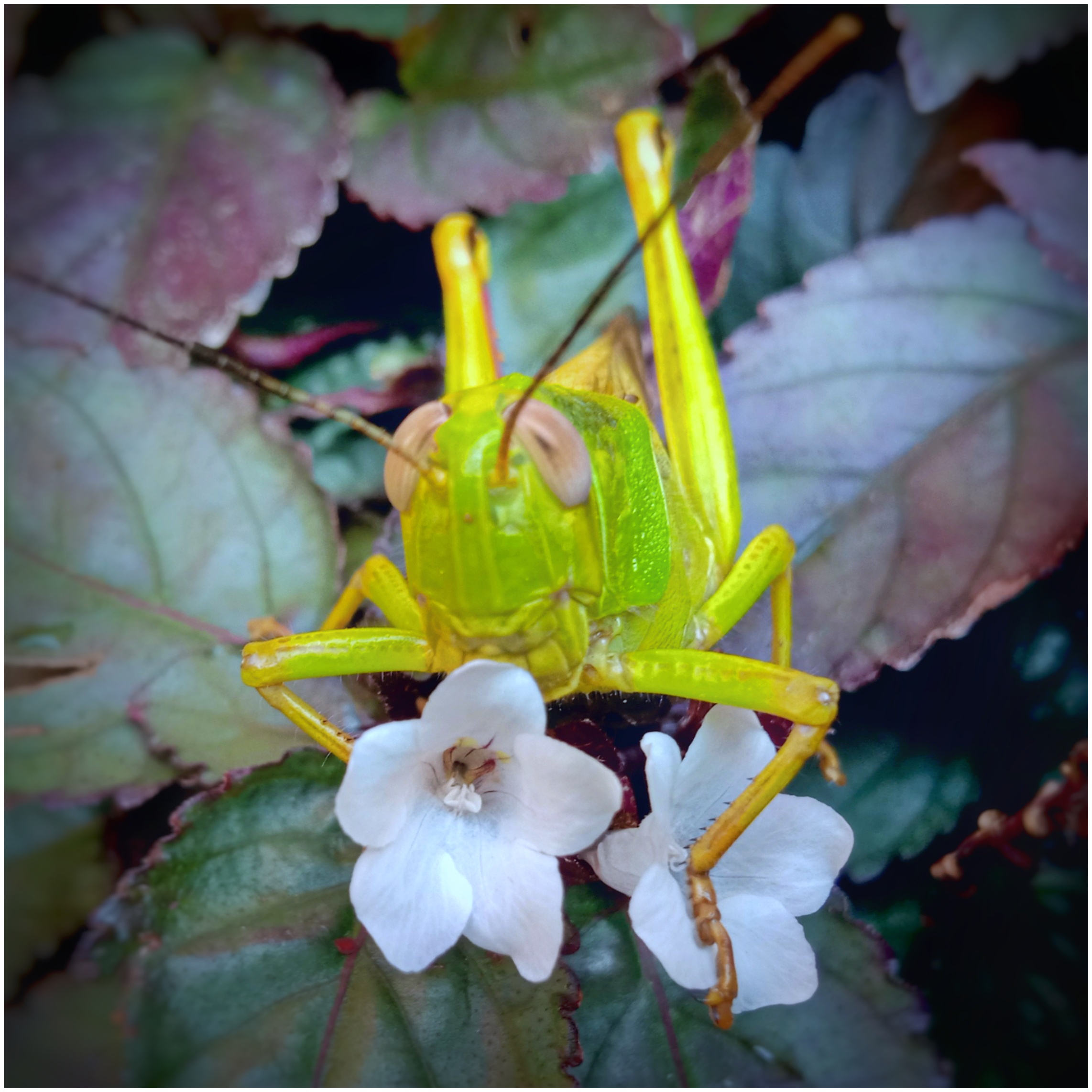 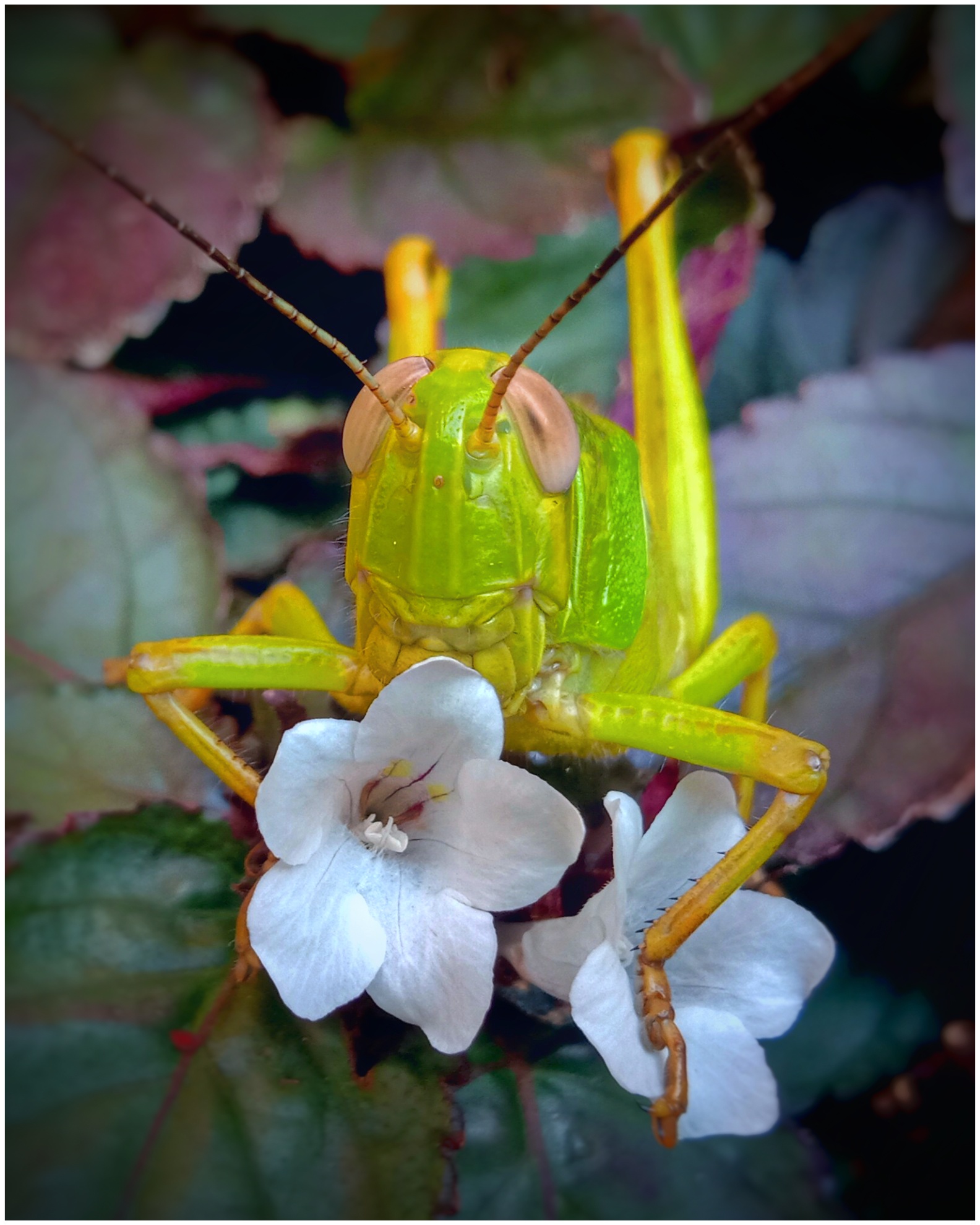 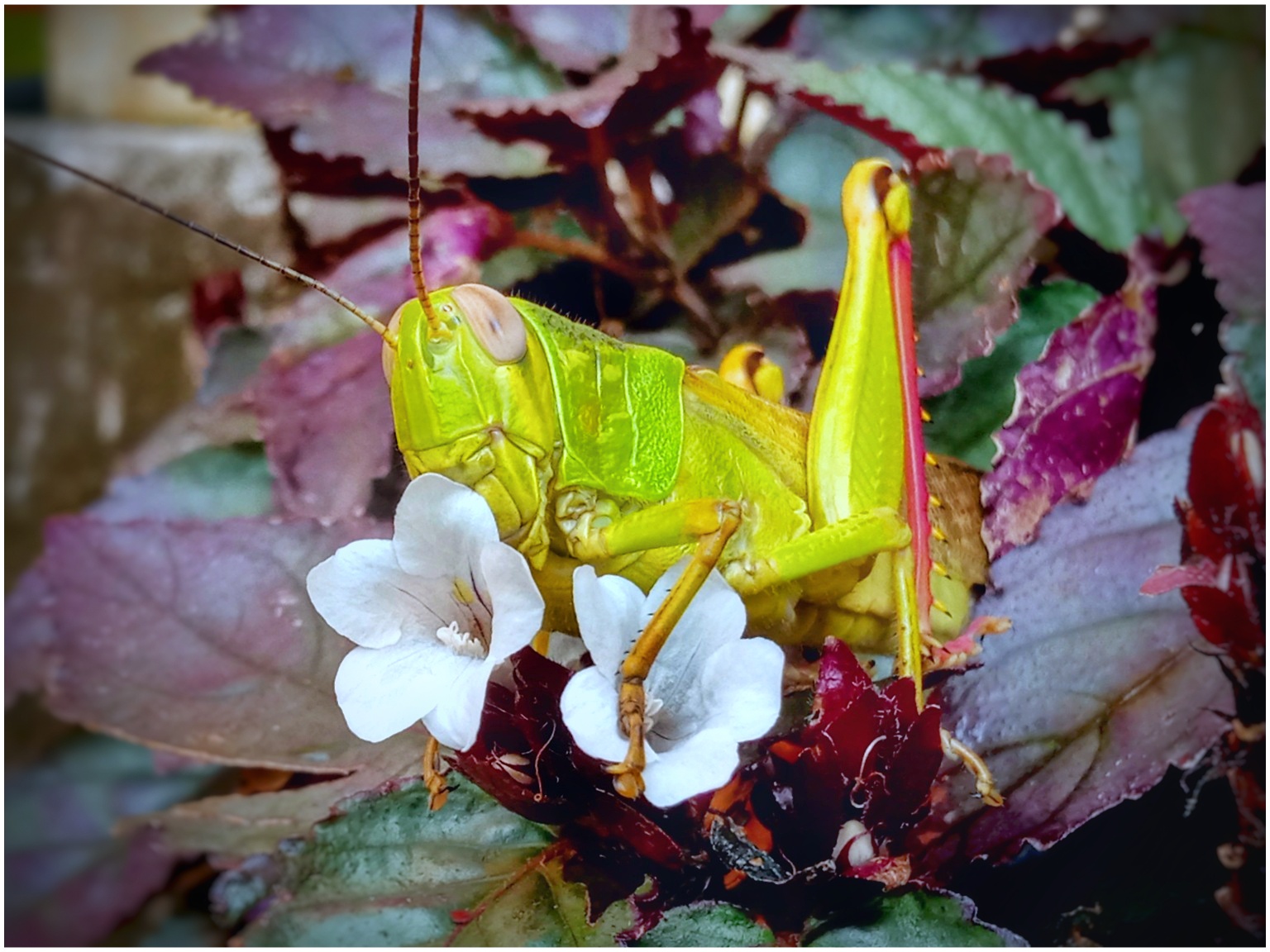 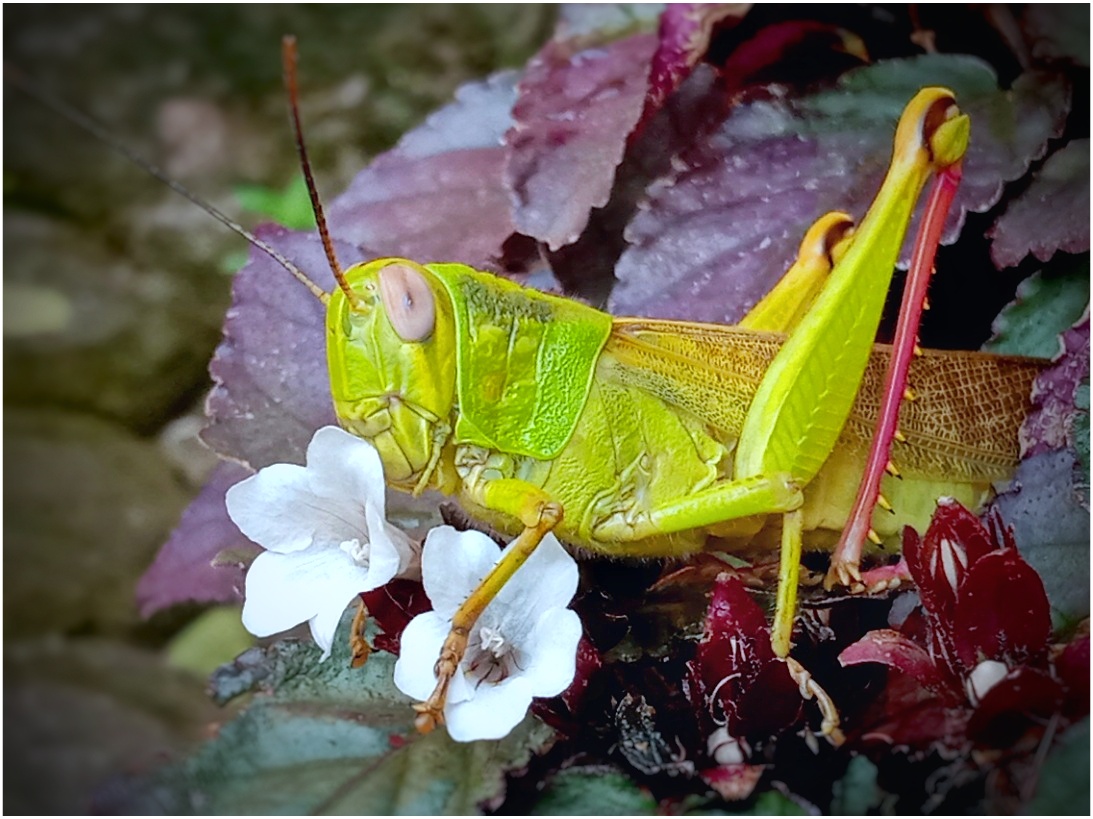 Their presence here, in different numbers, of course has its own reasons, and that situation also occurs based on cause and effect from something that comes either from nature itself or from irresponsible human hands.

According to the experience we have experienced, based on observations made by fellow researchers, it is stated that the presence of grasshoppers from one location to a new location is caused by several factors, including ;

Most likely, the locusts that are within our territory, in large numbers, are also based on the causes and causes of the effect of one of the problems mentioned above.

The reason is, there are no small grasshoppers, or nymphs seen in each of these ornamental plants, they are adult grasshoppers, while the population is mostly female. However, the exact accuracy is not yet known, because the local team is gathering more accurate information. If they have correct and clear information, then they will publish it in certain media, I will tell you about it here at hive.blog.

It is amusing to see the way she "embraces" the little Flower. Your explanation is very detailed. Excellent post ☺️

Thank you so much @maridmc, for the support, nice to meet you

Thank you so much @discovery-it