If you knew me now you’d probably struggle to believe it, but i did a lot of Olympic lifting (as it was called) around 1997-2000, and I actually won the British BAWLA championship in 1998. I was much better at the clean and jerk over the snatch as I seamed to have good power but bad technique tbh. It amazes me the difference in what is taught compared to what is being taught now, mainly dietary requirements. Everything we did back then is completely opposite to what people are doing now.

so why did you stop? what to join myworkoutarena club?

Ha. Thank you but no thanks. That’s definitely not my scene anymore. I stopped due to a shoulder injury playing rugby that took a good year or 2 to recover fully from. It was a bitch tbh. I did 3 competitions in 1997/98 and won all 3. If I had done 2 more in that 12 month period, it would have been very likely I would have qualified for the Sydney olympics. The main problem for me was that I had just lost interest. It was a huge amount of time and effort, and I wasn’t enjoying it anymore.

you won't need to do competitions, you can enjoy the best sport in your own pace.

Can I see your lifts?

I doubt there is any records that far back. I know that BAWLA discontinued, and some other governing body came in. I’ve got some old newspaper cut outs somewhere, I’ll look for them later. 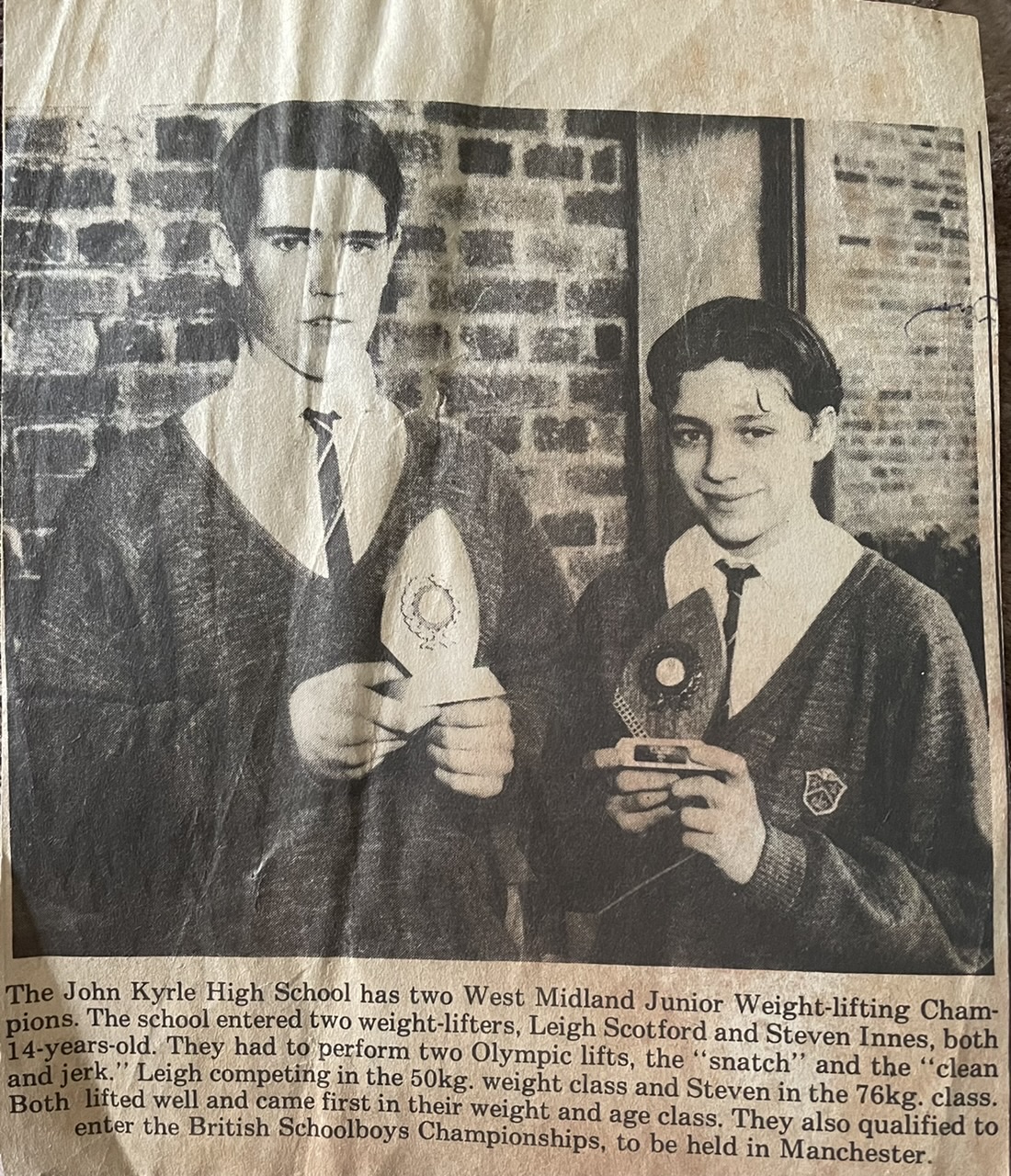 I only managed to find this one from when I just started competitive lifting at 14 years old. That was 26 years and about 45kg ago. Lol.