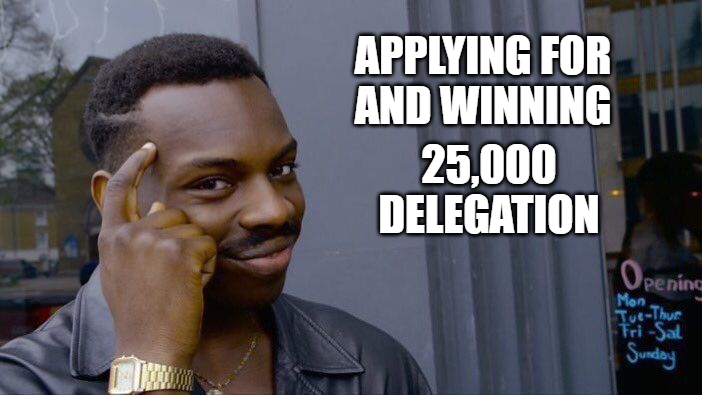 Using my best Bruce Buffer voice, "It's Time" to announce the winners of our 250,000 MEME delegation contest. To visit the original contest post Click Here. A quick rundown of the Delegation contest; entry was easy, all one needed to do is comment on the original giveaway post(s) and you were in. A random number generator decided the bulk of the winners. In total 250,000 in MEME delegations will be given out and remain in the winnners accounts for a total of 30* days. There will be a total of 10 Winners who receive a MEME delegation of 25,000 each.

Hiveme.me is a frontend that is used to access the Hive Blockchain. Creating and curating content on Hiveme.me will allow you to earn the frontends native token known as MEME. Along side earning MEME one can also earn the HIVE Blockchains native tokens (HIVE/HBD) while curating and creating content on Hiveme.me. The Hiveme.me frontend also allows NFT creation and has an onsite trade market in which you can trade your NFT creations. MEME delegation winners are announced below and will be applied within 36 hours. Delegations can and will be removed after the date of March 14th/2022. 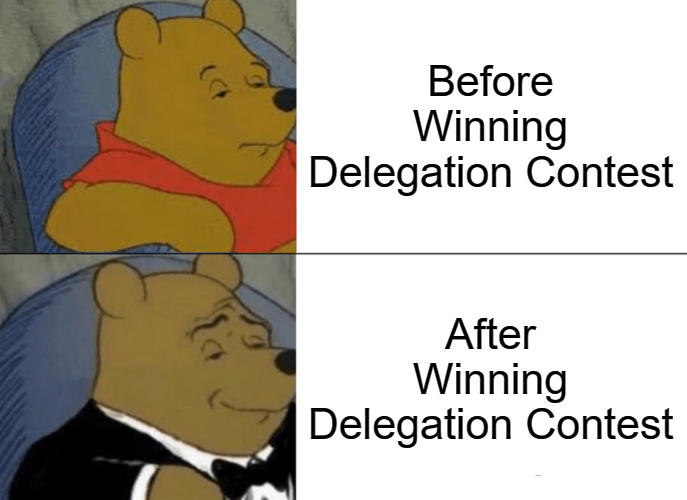 Nothing in this post in financial advice. Always do your own research before investing any of your hard earned currencies and never invest what you can't afford to lose. Congrats to all the delegations winners. Have fun curating MEME Content. 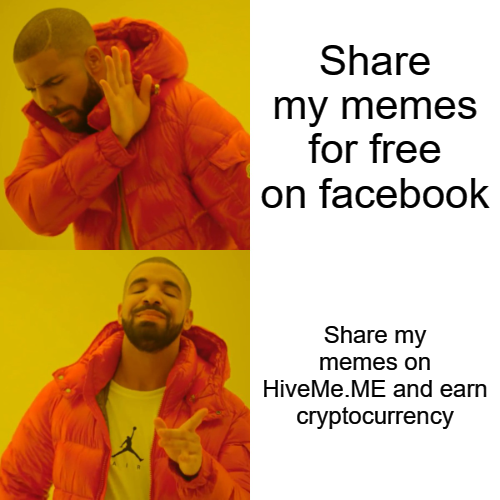 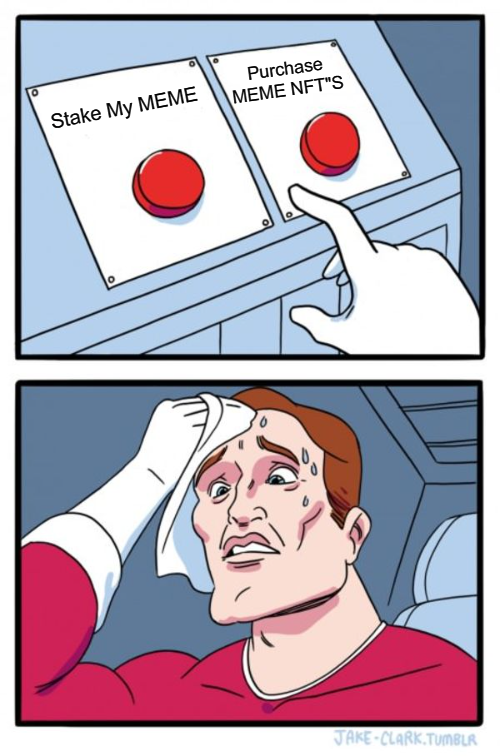 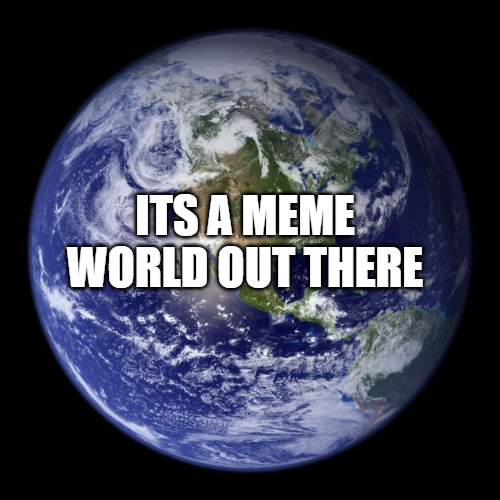 when will it show up so I can start curating?

That information was provided in the post. However I sent the delegations out earlier than expected so it should be reflecting in your account at current time.

Meme to the world

Nice! A stroke of luck! I had just started accumulating and staking this token myself a month ago because I started receiving in as a payout from one of the tribaldex liquidity pools. I will have to do a deep dive into the community and do my best to make you proud!

lolztoken.com
Me and my mates are in a band called Duvet.
We're a cover band.
Credit: reddit
@rentmoney, I sent you an $LOLZ on behalf of @forsakensushi
Use the !LOL or !LOLZ command to share a joke and an $LOLZ. (3/10)
0
0
0.000
Reply

Also for any of the other winners who might be unfamiliar, this is the link to the memehive tribe where you can see posts that can be curated.

Thanks for sharing the URL.

Sweet thanks. Ill use them wisely and wildly

Thanks for the !PIZZA and !LUV.

Wow! Thank you so much and congratulations to all the winners!

Congrats to the winners and thanks @rentmoney for doing all these giveaways for the community!
!PIZZA
!LUV
!LOLZ

lolztoken.com
I could get in trouble for stealing from the kitchen supply store
But that’s a whisk I’m willing to take.
Credit: reddit
@rentmoney, I sent you an $LOLZ on behalf of @arpuch
Use the !LOL or !LOLZ command to share a joke and an $LOLZ. (2/10)
0
0
0.000
Reply

Thanks for the tip tokens.

Tip: To those stumbling upon this In the upcoming days I'll have a new giveaway that has all sorts of goodies in it for a new game that has not yet been advertised on my blog.

lolztoken.com
Why did the art thief's vehicle run out of fuel?
He had no Monet to buy Degas to make the Van Gogh
Credit: reddit
@arpuch, I sent you an $LOLZ on behalf of @rentmoney
Use the !LOL or !LOLZ command to share a joke and an $LOLZ. (1/6)
0
0
0.000
Reply

Thanks for the delegation. One tip that I've figured out for curation. If you don't want to use the hive meme frontend, you can just click on # meme under a post instead. This will give you a list of all the posts that have used this tag.

Nice tip, there is also a MEME community that can be located on HIVE.BLOG and Peakd.

Thanks! I just bought 187K meme and delegated all of them to meme-curator. It was sad to see the value of my vote go to zero though so this is just great!

On my way to do some curating!
!PIZZA
!WINE
!PGM 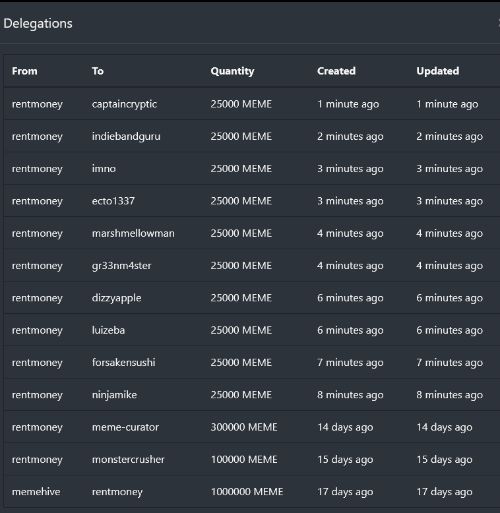 thanks man lets get crazyyyyyyyyyyy

Going to have to check this out one of these days!

Every now and then toss some words on one of your screenshots in the gamer posts you do and presto, instant MEME. Then use the MEME tag to earn MEME tokens. lolztoken.com
Who always has a date on Valentine's Day?
The calendar.
Credit: Happy Valentine's Day
@memehive, I sent you an $LOLZ on behalf of @captaincryptic
Use the !LOL or !LOLZ command to share a joke and an $LOLZ. (4/10)
0
0
0.000
Reply

Comes more MEME tokens and Power on Chain....woot woot.
Thanks

Sa Wheat! Look at me sneaking in as the last winner. Thanks for the delegation! I will make you proud. :) Oh, and !LOLZ and !PIZZA for you my friend!

lolztoken.com
What does a vampire call his sweetheart?
His ghoul-friend.
Credit: Happy Valentine's Day
@rentmoney, I sent you an $LOLZ on behalf of @captaincryptic
Use the !LOL or !LOLZ command to share a joke and an $LOLZ. (3/10)
0
0
0.000
Reply

Thanks for the !LOLZ and !PIZZA

lolztoken.com
What did the oar say to the other?
Can I interest you in a little row-mance?
Credit: Happy Valentine's Day
@captaincryptic, I sent you an $LOLZ on behalf of @rentmoney
Use the !LOL or !LOLZ command to share a joke and an $LOLZ. (3/6)
0
0
0.000
Reply
Menu
Explore NFTs Proposals Pool
Trade
Trade PAL