CRYPTO BULL; TIPS THAT CAN HELP YOU OVERCOME PANIC SELLING AND PANIC BUYING 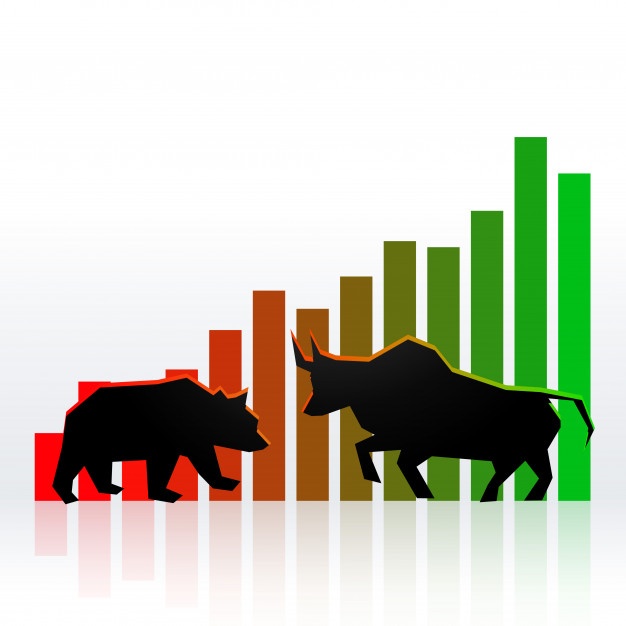 Has the crypto bull started or is it just one of the crypto traps that we have seen in the past?.
If you have been following the cryptocurrency market especially that of Bitcoin for the past years, you will discover that October is usually a favorable one for Bitcoin. This year's October may likely follow the same approach like that of the previous bullish Octobers. Most times during the bull period, people usually give in to panic selling especially when there was a huge dip in the market before the bull. Part of the reason may be to cover for the loss they have incurred in the past or to prevent losing again if the bull should be cut short. Some also rush to buy some coins that are already bullish to pick up some profits from the bull. Whichever category you may likely fall into, please go through my views but remember that I am not a financial advisor. Always make your proper research.

Ensure to have an exit point
Part of the reason why people lose money in cryptocurrency is the lack of proper management of greed and fear index. People easily give in to fear and sell their tokens even when the bull is just beginning and some due to greed fail to collect their profit when they should.
To avoid being a victim of any of the above-mentioned conditions, try as much as possible to set an exit point. Let it be attainable, moderate, and made based on research and statistics.

It is not wise to buy a coin that has risen by 20% except when you want to short trade.
Most times newbies are pushed to buy a coin that has risen to quite a high height simply because they want to make a profit from it or because of the hype around the coin, and in most cases, they end up losing much from it because earlier investors may be preparing to dump their tokens when they bought. To be on the safe side, avoided dealing with any coin you weren't able to buy during the dip, except when you are going to engage in short trading.

Ensure you are not moved by new coins that may spring up during the dip.

Whenever the cryptocurrency market is in a bullish tide, we do see many projects springing up, some of which are rug pulled in the end. Be careful why investing in any coin that comes out during the bull. If you must bet with shit coins, endeavor to take your profit on time.

In the end, the cryptocurrency market is profitable for those who have positioned themselves by investing in projects with good use cases. These coins barely disappoint during the bull market.