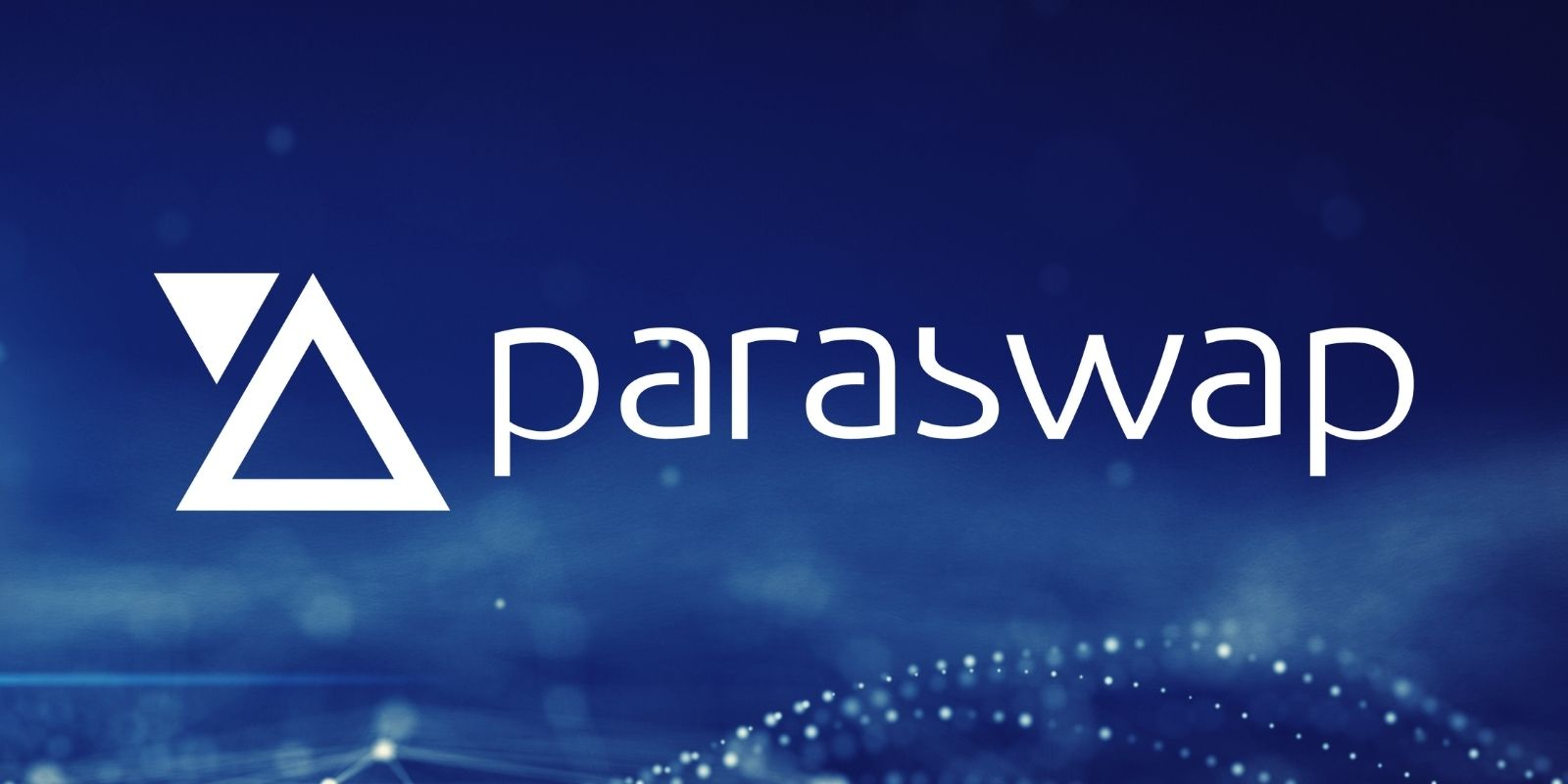 Looks like I got a cold at the airport coming back from the west coast...
That's fun.

The GF demanded I take a COVID test.
First one I've ever taken... it was negative.
Honestly this is a very weird illness.
First it started as acid reflux...
Which I have never had (don't really get heart-burn either).
Now it's just a mild head-cold...
Honestly wouldn't be surprised if the test was wrong and this is some mild COVID.
Again, this is a weird one...
Last time I was sick was FEB 2020... so I was overdue.

But I wanted to get some info out there before anyone makes any more mistakes. A friend of mine dumped 250k CUB for polycub today... and he dumped it all into a single pool and ended up losing like over $1000 to slippage. This is easily avoided by using paraswap.io

As we can see above, paraswap.io allows one to employ the MEGASWAP exchange. I've never actually used MEGASWAP directly. Why would I? Paraswap uses it for me.

We can see above that this bot knows exactly how much money to pump into both pools in order to achieve the least slippage and losses. I've saved over $1000 in the last week using this website moving in and out of CUB and polyCUB. The more illiquid the market is, the more this bot will help mitigate losses across multiple pools.

Why are CUB and LEO getting dumped so hard?
Isn't it obvious?
PolyCUB is shiny new thing.
People holding CUB/LEO wanted to participate in polyCUB.
This was a very obvious outcome.
It doesn't matter that CUB is a good deal because of the airdrop.
The perception is that xpolycub is an even BETTER deal, for now.

I gotta say I am a bit annoyed with all the degen talk in LEO Discord these days. People popping in to talk about what went wrong and what went right and what the best deals are. Combined with being sick, I've turned into quite a bit of a dick over the last few days. Sorry, not sorry.

I also have to bite my tongue because this is a competition. I want to get the most farm and value possible out of this opportunity... so I'm treading a bit lightly on my opinion of the market and were it is going. Once I'm done making all these crazy high risk plays I'll let you all know how it turned out and my analysis of the situation. Until then, gamble gamble.

The shear volume of money flowing around these days is insane. I'm very much on my way to becoming a whale of sorts. Of course it's much easier to move the microcaps than it is to move the small and mid caps. At this point I'm only a big fish when I exist in a small pond. Maybe I make a few good gambles and change that... maybe not. 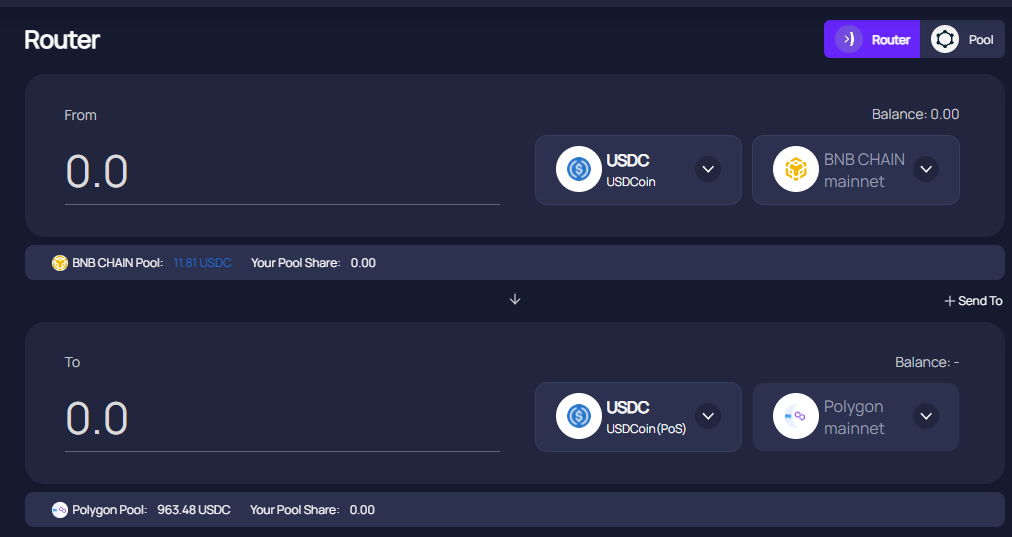 Another website I would be remiss to mention is anywap.exchange. Normally I would use Mandala to bridge value across chains, but Polygon wallets on Mandala are disabled for a moment to I had to find another way.

At first, I thought about using LEO. But considering I was holding USDC, that means I'd have to sell USDC into Matic, then Matic into pLEO, then unwrap pLEO, then wrap LEO into bLEO, then sell bLEO into BNB. This was obviously going to be really expensive. Instead I just paid $1 to anyswap to get USDC on BSC. Much cheaper and a lot less steps. Sorted.

That's it for today... too sick to do anymore work than this right here. Paraswap and Anyswap websites have helped me a lot with my polycub adventures, and I just wanted to let everyone know in case they were looking for similar functionality.

While my stack is still pretty small, thanks anyway for the valuable info! Got curious about exploring Mandala too. Cheers! !BEER

Hey @edicted, here is a little bit of BEER from @pardinus for you. Enjoy it!

I'm not experienced enough in defi to try anything with Polycub, but I really hope you have huge success. I am however going to hold onto the small amount of Leo that I have.

Thanks for the heads up about Paraswap. I just used it to scoop some more CUB.

Get well soon my friend!

Would the exchanges you mention make a significant difference for us much smaller traders or is it only really relevant for the large trades? Thanks for the useful info!

lolztoken.com
OH NO!
You are out of jokes for the day!
@harlowjourney you can call @lolzbot a maximum of 2 times per day.
Level up by buying more $LOLZ so you can share more jokes per day!
0
0
0.000
Reply

You can see for yourself by going to the site and testing it.

For example, if you wanted to sell 500 Polycub for ETH you'd only save 50 cents using Paraswap.

I am not sure any of the token calls the other day worked. Oopsies. Trying again now that I am mana'd back up.

lolztoken.com
Did you hear about the farmer that fed his chickens avocados?
All you could hear around there was “guac, guac, guac, guac.”
Credit: reddit
@edicted, I sent you an $LOLZ on behalf of @harlowjourney
Use the !LOL or !LOLZ command to share a joke and an $LOLZ. (1/2)
0
0
0.000
Reply

Freaking golden info! Thanks a ton @edicted. I will be trying them soon. But I guess it's more helpful for the folks for transacting heavy volumes. 🤑🤑

Well, I don't invest enough money for it to matter too much for me but it does make sense. Is it just cheaper overall to convert to stable coins than swap over using a bridge?

This is good. I can try paraswap. Recently I been using the one that was to send Leo tokens. It becomes pleo. That was useful !

Haha love this post, leveled up on dick level in discord did ya?

never mind I just used the bridge, thanks!

played around with anyswap yesterday to get my stable coins into the polygon network since business had suspended polygon transactions and hive-engine wasn't much of an option.

I also have to bite my tongue because this is a competition. I want to get the most farm and value possible out of this opportunity... so I'm treading a bit lightly on my opinion of the market and were it is going. Once I'm done making all these crazy high risk plays I'll let you all know how it turned out and my analysis of the situation. Until then, gamble gamble.

Please spill some tea. It would be appreciated. hehe

Stop the war to pity the suffering people.

Glad you are always willing to share.
It shows strength all across.
Great recovery!

This is so helpful. I was struggling to get my USDC to Polygon last night and gave up.

Hope you get better. Oh and that your whale sized trades work out. Messing around with 10k USDC sounds a little stressful to me.

Get well soon! (and don't inject disinfectant!😉 )
Just a little update info: Anyswap rebranded to Multichain and will likely be gone sooner™ or later so here's the link to the new site: Multichain Swap
Same same, but different name. 🖖🏼😎🤙🏼

Now keep it up! And get well! all farming tokens will go to zero.