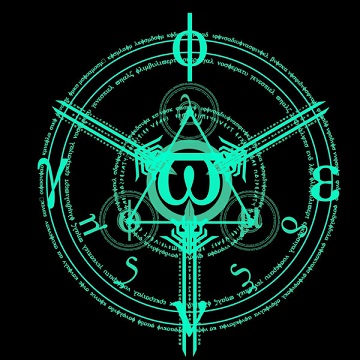 I've stated with much certainty that a Hive/HBD AMM yield farm directly on-chain is a no-brainer. It's only a matter of time.

What I haven't done is run through the numbers. Last time I claimed we could generate demand for 100M HBD matched to an equal amount of Hive. Is that true? Or am I just making stuff up? Not even I know anymore.

But how much inflation do we want to allocate for such a yield farm? This would be a topic of much debate. I've always said voting on a sliding scale over time is the way to go. Too bad that tech doesn't exist yet, eh?
Slacker Alert.

In any case, let's look at 1% inflation.

On one side of the spectrum we have 1% inflation. That's like 4M Hive printed a year at these levels and distributed as yield in a competition of liquidity.

It's safe to say that competition to farm this pool would be very high. Why is that? Because 20% APR on curation is the competitor, meaning it's almost guaranteed to crash to at least 30% yield no matter how much inflation is allocated to the reward.

Printing 4M Hive in a year and expecting 20% yield after competition sets in, we would find ourselves with x5 more liquidity than the reward. Meaning 20M Hive coins would get pulled into the Hive/HBD LP with 1% allocation of inflation. That's an automatic exponential gain (compared to risk) because the yield of 1% a yield is tiny compared to these other yield farms out there. As of now Hive has something like 8% inflation... haven't check in a while might even be lower or slightly higher. This deflationary vision is a false one.

What about 10% total Hive inflation?

At 10% the yield farm would be getting more inflation than proof-of-brain, which would be a political battle for sure. Highly doubt we could win that war. However, if we did allocate 10% inflation to a Hive/HBD pool it would suck in like 200M Hive into a black hole of liquidity... forever.

More likely Hive would spike fiercely before actually 'burning' half the supply. I feel like it's an automatic x10 but that's just like, my opinion, man.

Also the amount of liquidity we'd have between Hive and HBD would be absolutely legendary. The stabilization that would take place of HBD would be massive. It would be very hard to push it far past the pegs without triggering the haircut limit. For me, this is the obvious answer and only a matter of time before Hive complies to receive exponential liquidity gains, much of that liquidity getting sucked off the exchanges and pumping up the price immediately.

If it were up to me, I'd allocate the 10% and create more inflation than witnesses, bloggers, and curators make combined. It wouldn't matter, the token price would moon as we print smart inflation that brings more value than it leeches. This is not a hard equation. Smart inflation equals growth and prosperity. Why do you think the FED is furiously printing? They aren't some incompetent boobs bumbling along as they go. They know what they are doing. Just because the system is broken doesn't mean everything everyone does at the top is a bad idea.

In any case, even allocating 1% (4M Hive/year) to an AMM yield farm of the Hive/HBD pairing would likely generate exponentially more value than the cost. It could x2 the price immediately simply allocating 1%... that's nothing. Look at this other Defi networks. They are nuts.

In my view, this topic is a critical top priority. A mega-bubble is coming, and DEFI yield farms are liquidity magnets. The longer it takes Hive to make this upgrade the less we will be seen as relevant. Sometimes liquidity is the killer dapp. You need it for any kind of stability, and AMM is superior. We have the tools to easily accomplish this adaptation. It's just a matter of when it becomes a priority.

It will be a very high priority when DEFI networks gobble up all the liquidity of the next mega-bubble. You'll see. Exponential liquidity is exponential. The DEFI bubble hasn't even begun yet. These systems are designed on logarithmic/exponential curves to create infinite liquidity. The mega-bubble will prove this a thousand times over. The ICO craze was a joke compared to what's coming. Mark my words.

Does the 10% offering on HBD savings have any bearing on this at all? Would it be considered a competitor to a Hive AMM?

HBD in the savings accounts isn't paired to Hive in a liquidity pool, making it the ultimate hedge against the downside. These two things do not compete, they compliment each other and give us more ways to hedge.

Ah gotcha! Thanks for the clarification! I'm sure it was a fairly obvious answer for you but I'm still getting my head around all of this...

20% APR on curation is the competitor

How many accounts do that well? I just checked hivestats.io and I’ve had 10.3% and you’ve had 9.7% over the last week. I think I have hit 12% a few times, but only very rarely. And that was before the most recent hard fork.

Why do you think the FED is furiously printing? They aren't some incompetent boobs bumbling along as they go.

You might be giving the folks at the Fed a bit too much credit there. 😅

Yeah 20% is the super high estimate. In all likelihood the chance APR would be pushed down to even 10% is likely because users love passive income. And the LP tokens are greatly hedged to the downside. That and 10% yield on HBD is already being offered so it can't really get pushed much farther below that (if at all).

Essentially it's possible (if not probable) that we could lock up to ten times the liquidity we put into the yield.

Alone this would be a really strong use case. Don't think about what can build on top of that.

I think this needs to be done! This is by far the best upgrade to an already superior blockchain. What cats do we need to herd to push this snowball into motion? (That is a serious question). You are a big-time witness now, arm-wrestle your way to the top and get me my Hive AMM (that's how we decide what is in the next hardfork wight?!).

It's a matter of priorities.

Hive devs have been picking up the pieces of Steem for over a year now.
Just gotta wait until this idea picks up momentum.

Keep posting about it... this would turn a goldmine into a... bigger goldmine!

I am a bit confused. Isn't curation like 9% or 10% and if we add in the 3% inflation from just being HP, isn't that more than 10%? Sorry if it's dumb but I was assuming the inflation was a bit higher then the 8% you mentioned.

total inflation is 8% but only stake holders and witnesses control that inflation.

Only 146M out of 357M Hive are powered up, giving those who do power up quite a bit more yield than just 8%. This multiplier will be very important going forward.

Ah that does make sense. The inflation for unpowered up HIVE is going towards those who have powered up.

What a major shill, sir. Big numbers has been thrown. Emotional tone would say we have just peaked, I'd sell everything, however verbal message seems to be contradictory, what to do?

I can see this working for good of the chain only as some top over growing and robust network, otherwise than is no superior value proposition to all the DeFi space, we are already late, and there would be no reason to pick Hive over any other player.

Let's prove ourselves first, 10x on posting, 100x on transactions it's a good start, sure it's exciting to have Splinterlands' success and 7x gains but in the grand scheme of things it's nothing, we are just getting started. The main service we have is decentralized social platform, this is the core, the engine and rescue pod of the whole community, sustainable growth might be only achieved while building on top of that, maintaining our personality in this space.

Our inflation algorithm is already very vague and unpredictable, not only for the outsiders, with HBD we are already exposing the price for even greater swings. Just making another magic Internet money printer, disincentivising social activity would dilute Hive greatly. Also, very short term view...

What would be unique value proposition of such enterprise? How the hell one with the sane mind can defend FED actions in terms of printing dollars?

Wouldn't most of the liquidity come from Hive that is currently powered up?

I mean, if the AMM offers 200% initially (since funds allocated are low to start with) then people will power down (they probably would have done this is advance) since the yield exceeds the powered-up curation yield of 10-12%.

People will power down and the funds in the AMM will increase and the AMM yield will drop until equilibrium is restored. Probably the AMM yield would be slightly higher than the curation yield because people like Hive voting. So like 15% vs 10%.

But mainly the process would move Hive from powered-up status to the AMM fund.

Hive pulled off the exchanges for the initial yield of 200% (attractive) would quickly return to exchanges once the yield falls to 15% (better options out there). So potentially a brief pump and then a dump on the markets.

I mean, I'm not against the idea of an AMM. I think it would be cool.
I'm just not convinced it would lock up additional liquidity or increase the Hive price.

I'm sure the community will support you if you spearhead the building of this. :)

I just got my interest on hive savings

I absolutely LOVE this!!! have it in the wallet UI with everything else. Like an Add Liquidity button or something and just have the HIVE/HBD liquidity pool.

Can we at least have a test net to run these type of ideas with? It’s high time your ideas and that of others here be taken more seriously than just a post.