@edicted 79
about 2 months ago
LeoFinance 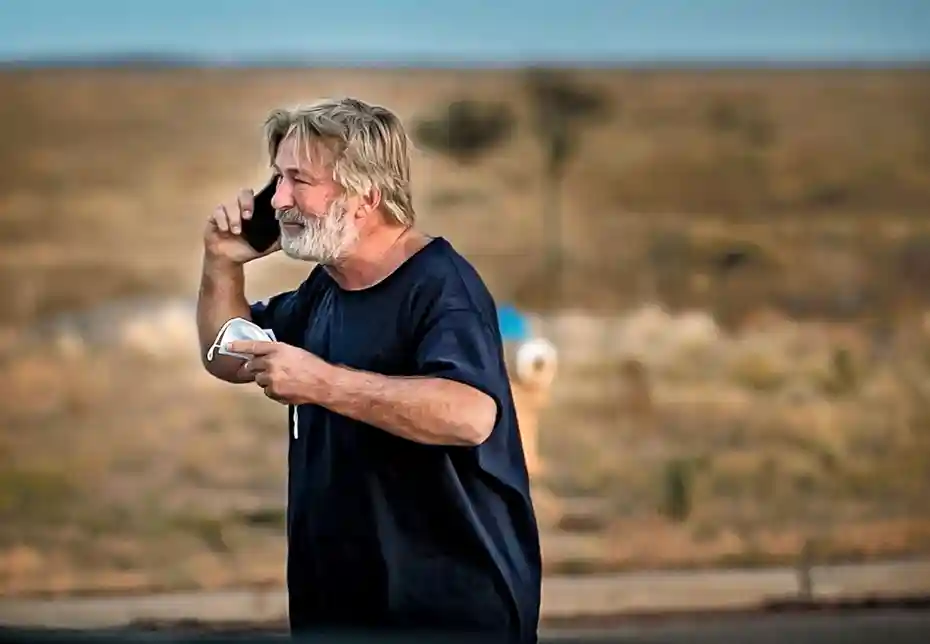 This has to be the first time I have ever reported on celebrity gossip, but hot damn... killing a director with a stage weapon? That's just too good to pass up.

Last time I remember this happening was on the set of... what was it... The Crow? Let me check...

Brandon Bruce Lee was an American actor, fight choreographer, and martial artist. Establishing himself as a rising action star in the early 1990s, he landed his breakthrough role as Eric Draven in the dark fantasy film The Crow. Lee's career, however, was cut short by his death during The Crow's production.

Whenever these things happen the circumstances are usually super shady and weird because... they are obviously never supposed to happen. 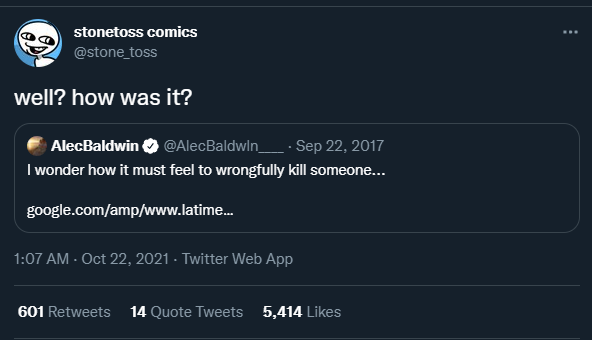 Twitter users are now zeroing in on Baldwin's past social media activity and one glaring tweet he posted on Sept. 22, 2017 reads: "I wonder how it must feel to wrongfully kill someone..." The tweet also included a link to a Los Angeles Times article about a Huntington Beach police officer who was captured on video struggling with a suspect in a parking lot of a convenience store before shooting the man several times, killing him. 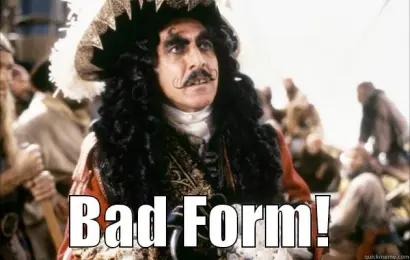 Epic troll of the highest order

Yeah I don't like Alec Baldwin either but God damn. Pretty rude, and also ridiculous to compare a cop shooting with a prop gun shooting.

I'm seriously curious as to know why he was pointing a weapon at the directors in the first place. How many shots were fired? Did he have any kind of altercation with them previously? This kind of accident ironically showcases a complete lack of gun safety with the Hollywood elite who constantly cries about gun regulations (as if that would stop mass shootings).

It's already quite obvious there's going to be a ton of conspiracy theory surrounding this event, so I guess we'll just have to wait and see what kind of circumstantial evidence is leaked by those who witnessed this event.

Alec Baldwin is a toxic smug fuck. Doesn't mean he isn't intelligent or have good ideas, but people who are that egotistical create extremely diminishing returns on the value they provide to society. For many, this needless tragedy will be celebrated as poetic justice, and that's just as toxic. Long live the trolls.

Also as long as I'm reporting on sensationalist bullshit here's a video of a Marine knocking out an armed marauder with his fist: 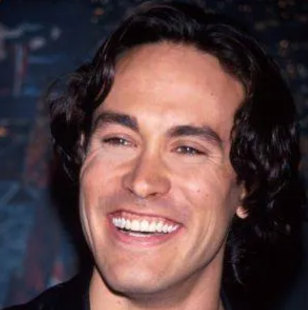 Bruce Lee was a sex slave and they used to make him fight at the cloning center, the Asians were angry that he was teaching martial arts to the Americans and used to mistreat him there. They said he overdosed on drugs on purpose. Many have to escape cloning. Half of them thought they were in another dimension. Didn't even know they were duplicates. They intentionally killed his son , Brandon Lee in the movie "The Crow" just to make the movie sell more. Was no accident that killed him. They have no regard for human life. They're corrupt to the core, Desensitized from childhood. Traumatized young by Vrill, and messed up ever since.

It's also blatantly obvious that Bruce Lee was murdered as well.

like hell I know but it's certain that some did it

How TF does this happen!!

Either someone made a glaring mistake in the prop department and/or safety checks, or someone committed murder.

From a pretty detailed story I read on it he hired a non union company to do his prop work. They were filming in Mexico so it's probably outside the realm of regulations required by unions in the US who perform the same jobs. Even at that those there's a industry standard whereas guns used as props are never pointed at the actors they just make it look like they are. The prop guns also are designed not to use real bullets. There are also extra safety protocols in the US when using prop guns in movies, they have to be tested and signed off on then there's individual instructions with the actors about safety protocol which also have to be signed off on.

Also as long as I'm reporting on sensationalist bullshit here's a video of a Marine knocking out an armed marauder with his fist:

That scene looked way worse than media make it out to be, doesn't look like he knocked him out at all to me with that plastic bag still in his hand, didn't even grab his gun. Feels like the video ended when it was getting interesting. I do hope he managed to subdue him but seeing what I'm seeing it doesn't look great and I can't recommend others to do the same. If his friends wouldn't have been losers or would have been carrying as well it would've ended real quick and bad for the marine.

lol yeah the accomplice bailed instantly like a punk This is really a bad a bad situation he just got himself into. I wonder why this happened after having enough experience on stage

I wonder if people will still think his Jokes about the Dick Cheney hunting accident are still funny? Check his SNL skits

Probably the best impersonations of Donald Trump coming from this guy...

This is just heart broken.

I have a feeling it was Alec Bladwin's fault for all of it. No matter how things goes, I wonder why he was even pointing the gun at someone in the first place and make sure that it wasn't loaded first even if it was a prop. I will wait for more of the story to come out before reserving a judgment but I have a feeling it was exactly his own fault.

so you're making assumptions on some actor who got a gun from a stunt coordinator who was not prepared, shot it at the camera (because it was a down the barrel look kind of shot).
He is also the executive producer so he picked out the director and camera people himself.
it's amazing why people thing he would have all the blame or do it on purpose.
actors are mostly just given guns right before the shot and don't check the gun, that is the job of at least 2 other people.

Well I have my own assumptions but I would assume they would at least have some basic checks they do by themselves. I don't recall which movie it was or if it was a PR stunt but there was some video released by a different movie where they said you shouldn't point at someone.

Given how a bunch of the staff walked out, I would of at least checked. It would be good precaution either way and by your words, its fine for an actor to shoot someone just because someone else was suppose to check it? I don't think that is a good way to approach things. I understand you want to rely on others to do part of the work but even blanks on a gun could be dangerous if mishandled.

@reonarudo 59
about 2 months ago (Edited)

I suspect homicide or reckless endangerment. No one is as fucking stupid as to to point any gun, loaded with blanks or not, at any person for no good reason. When movies are shot and stage guns are fired, it is not really necessary to aim at anyone when firing. When a character shoots another character in a movie from a close distance, the actual shooting is rarely shown with both actors on screen at the same time or with the gun and the victim on screen at the same time. Even when that is done, it is entirely unnecessary to fire the gun because sound effects such as a gun firing or even speech are routinely recorded or created and edited separately.

I suspect this is a case of piss poor gun safety culture providing some asshole an opportunity to cause this either by surreptitiously replacing blanks with live ammo knowing that some clown on set might cause something likes to happen or Baldwin did this on purpose. (How the hell did he manage to shoot two people?)

This, too, looks like a consequence of national gun obsession without most people handling guns ever having received proper training in gun safety or discipline.

When I saw it I had so many questions in my head too. However, since none of then would bring the dead back all I can say is that it is a really unfortunate incident.

This doesn't look good at all. He should know better with the handling of props. Hope more investigations is carried out on this

He'll be fine because..

sometimes some news surprise us

This whole story is very poorly told (to say the least).

It's such a strange event and probably impossible to ever know the truth behind it. If it was an accident then I actually feel bad for him. Killing someone by accident would be difficult to say the very least. If it was intentional then that's pretty fucked up. Pointing a gun at the director seems weird when we don't know what was taking place on set and the reasoning for it. It could be something as simple as it was the right angle for filming based on where the camera was. It's a weird situation for sure. I think you're right that there will be a ton of conspiracy theories around the event.

This story shocked me, literally.

What the heck happened? How was the gun with 2 bullets (at least) ? In another case with the son of Bruce Lee they found a bullet was stucked, but 2!?

Then he started firing for fun? why did it hit non-actors? So it seems he was maybe have fun and showing off?

Anyway, if this is a mistake. He will have a lot of remorse and I am very sorry for the 2 workers' families.

Incidents like these are rare on film sets but they happen. It is usually stunt people who get killed or hurt, so there is little or no media attention. Some high profile actor or celebrity being involved in them is rather rare occurrence and media would have to wait decades for event that fits such profile.

The worst such incident in modern history of Hollywood happened in July 1982 on the set of Twilight Zone: The Movie. Director John Landis insisted on helicopter flying dangerously low during the scene recreating Vietnam War and it ended with helicopter crashing and killing actor Vic Morrow and two children. Landis was later prosecuted but found not guilty.

We don't know nor it is likely that we'll know all the details, at least for some time, but Occam's Razor tells us this was nothing other than tragic accident. I don't believe that Baldwin or anyone else came to the set that day with intention of killing someone. Whether drugs, alcohol or Baldwin cutting corners as film producers contributed to the tragedy is another matter.

There is no difference between a prop gun and a real gun, and proper gun safety means Alec should have check the chamber and the rounds before firing. His lack of proper gun safety was what allowed this death to happen, guilty of manslaughter.

Except he's not guilty of manslaughter because everyone is and will continue to defend him.
Innocent until proven guilty hard at work.