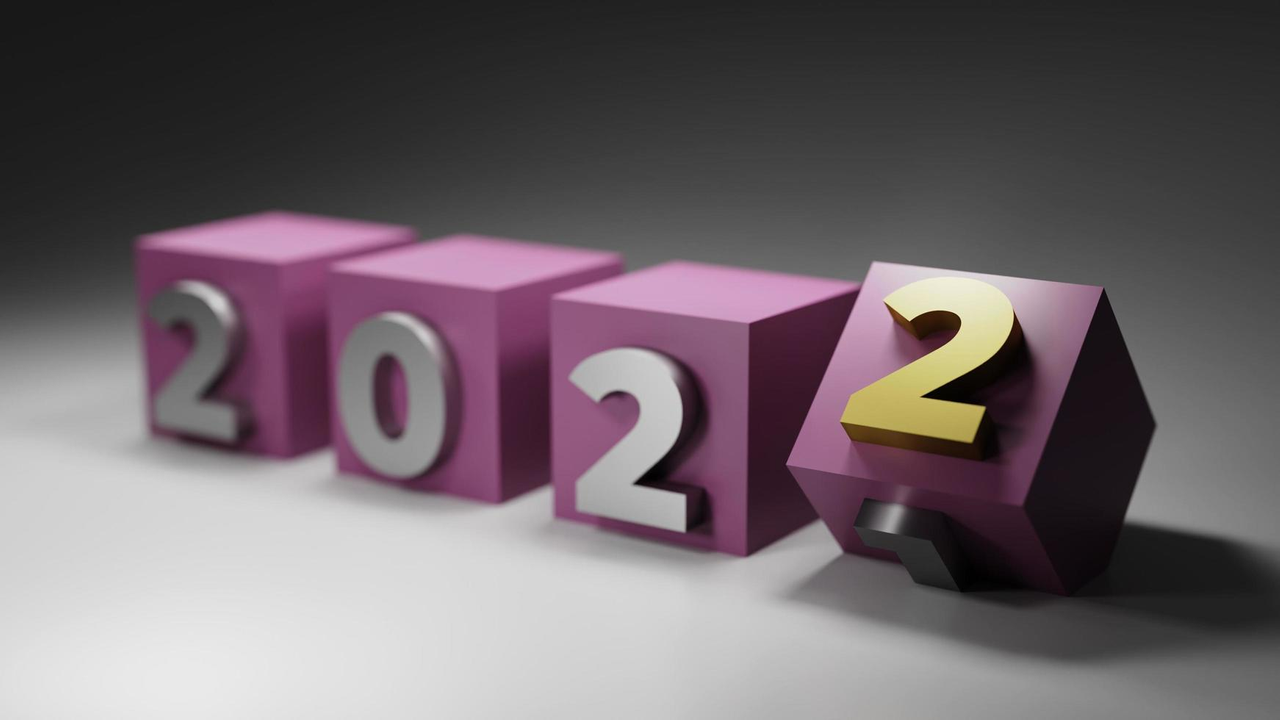 Let's check how I am performing to get my goals until the end of 2022.

My Hive main goal is to reach 3 000 Hive this year.
I know this is a high goal but I will try to do evertything that I can to reach it. 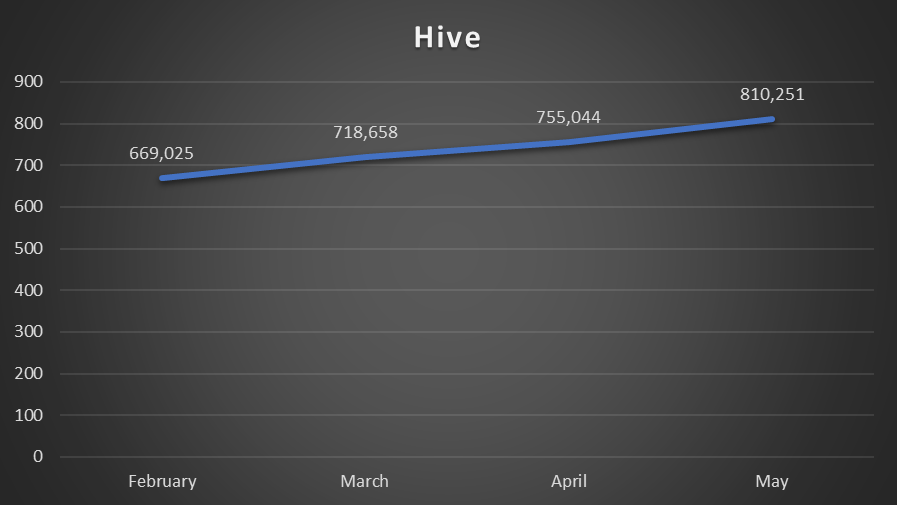 Leo and other Hive Tokens

Initially, I only defined a goal for LEO (1 000). However during this month I decided to delegate some tokens to curation like NEOXAG, ONEUP, BEE POB, VYB, CTP, CCC and PAL.
I have also delegated some Hive to @leo.voter in order to earn more LEO and help me to reach my goal.

I don't have a goal defined for the delegated tokens but I decided to keep tracking the evoluation during the months. 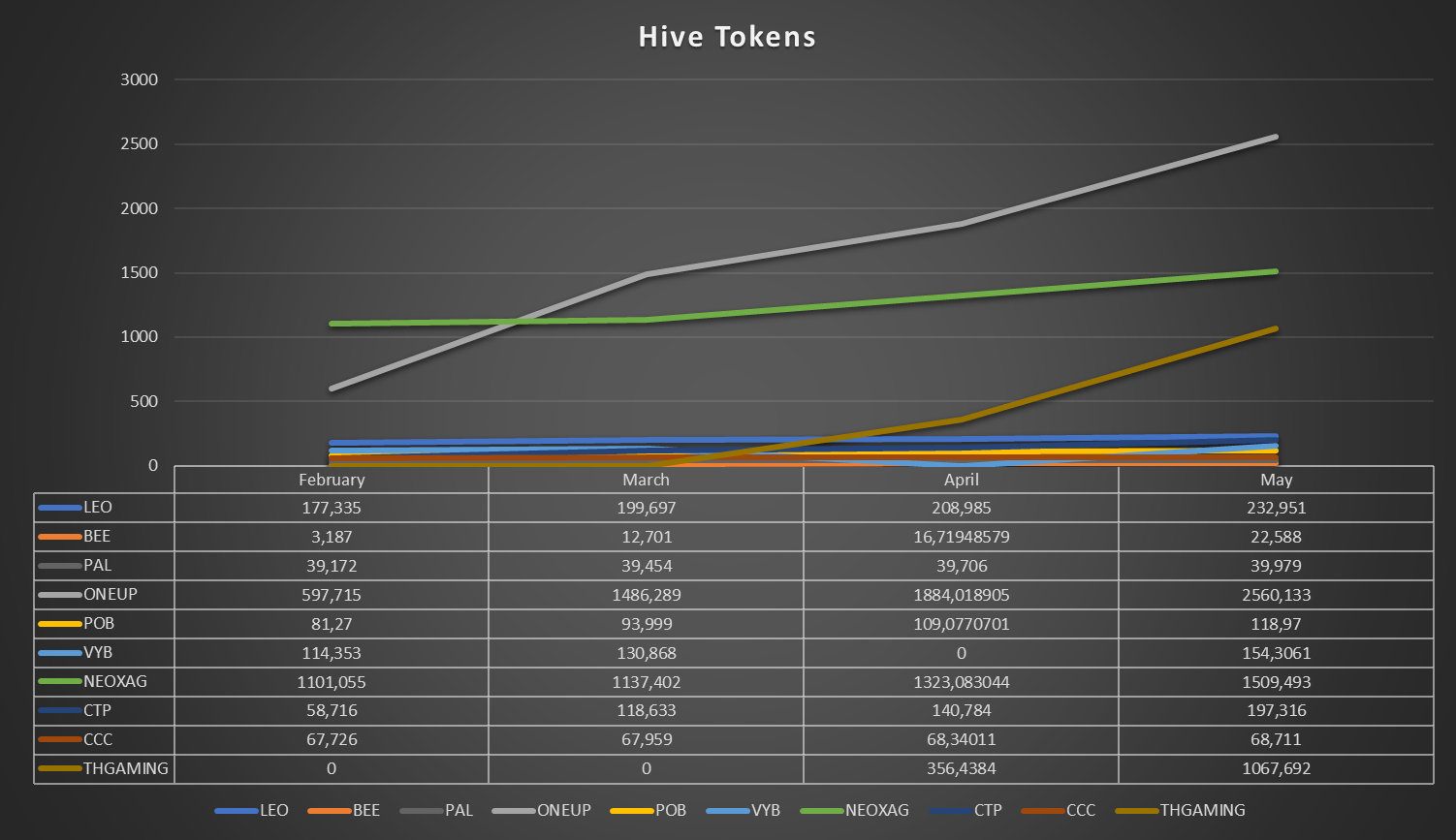 ONEUP and THGAMING were the tokens that grow more in the last month.

In January I started to think what will happen to my HBD amount if I decide put all earn HBD in Savings and compound every single month the interest earned.

So I decided to put all my HBD in Savings and see what will happen.

The below chart is the current evalution of my HBD. 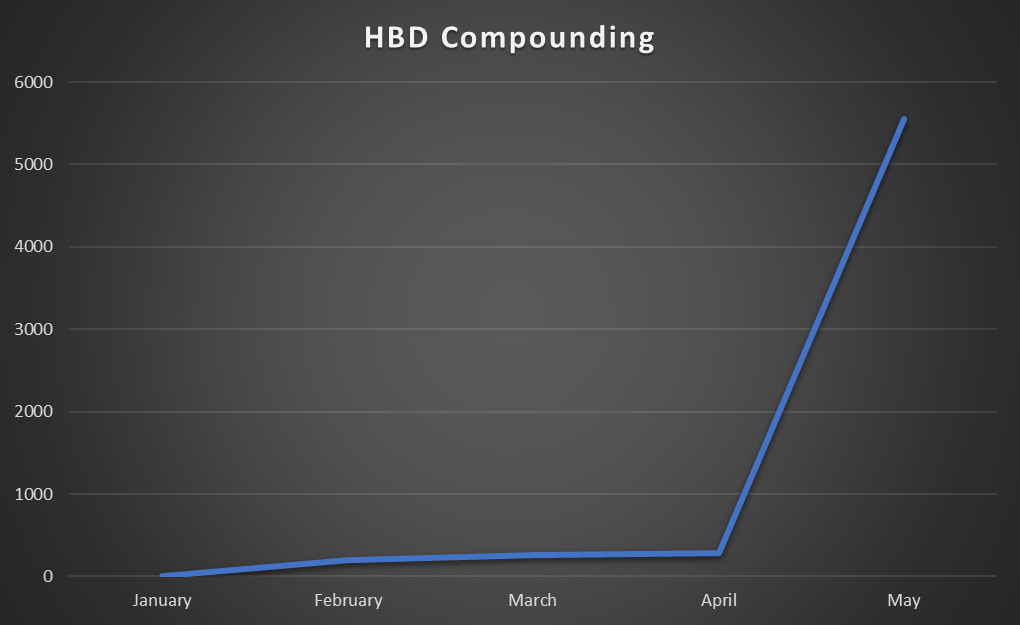 This month HBD amount have increased a lot because I moved some founds that were on Polygon to HBD.

I have the goal to be able to help the liquidity pool pHBD-USDC created by @leofinance to reach the 5M of liquidity.

As mentioned in my last post related with my goals I have some investements on play2earn projects.

Currently, I decided to stop my investments in play2earn projects since I think there is not a good time to continue to invest in this kind of projects.
So my main goal on play2earn is use the NFTs that I have to at least recover my initial investment.

I decided to sell the 0.5 AXS that I earned in the Season 20 and removed the SLP-WETH LP to help me to reach more early the break-even.

Let's see if I be able to reach my hive goals and at same time be on profit in the play2earn investements.

This is actually a really good summary of what's going on. The way you rebalanced into HBD show conviction in your goals.

I really like to do this goals report because shows me I am going and If the defined goals were realistic.

My HBD rebalancement was related the fact that I am always trying to have passive income in stable coins and HBD it is now the best APR.
I also want to help to reach the 5M liquidity on pHBD in Polygon network.