Muterra - Some Gameplay Teasers from the ongoing development

I just came out of a meeting with our game team. With all the excitement I have about the way the game is coming along, I wanted to share some Game Teasers with you all. First of all, let me give a quick intro to the game. Muterra is a Retro style RPG game built on top of Hive. We are using Hive Engine to store our game assets and soon we will plan to expand it to other blockchains as well.

The founder wanted to have this game created as a Retro style inspired by similar games he played during his childhood. Even today Retro style games have their own reputation and people are really fond of playing such games. The game storyline and the perks in the game are what attract any players. At least that is what I think. To start with, we are going to be having only a few maps for our first release. I would like to share some images from the game. 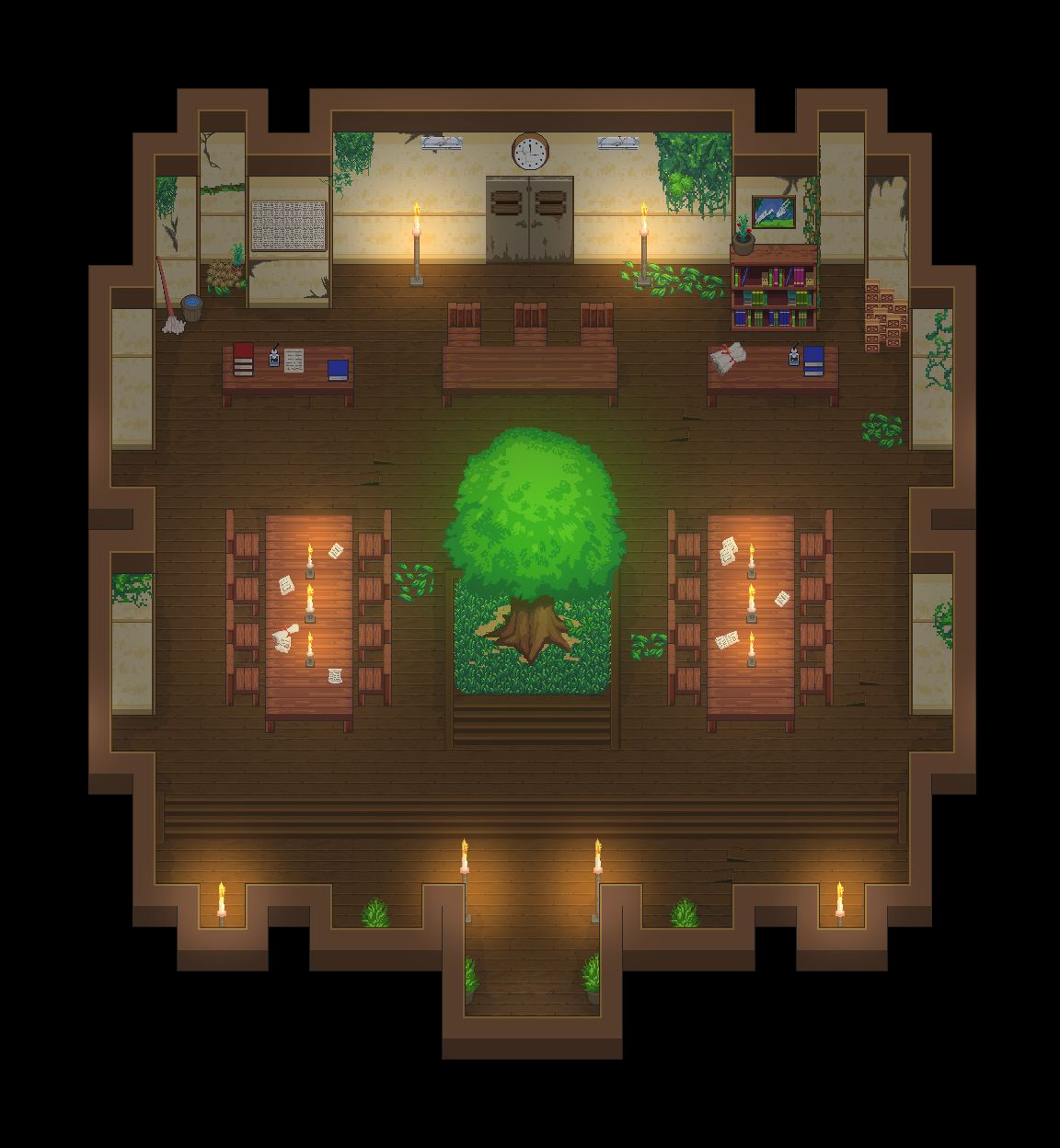 The above is one of the maps in the game and mostly an important place in the game. I don't want to go into more details on this but yeah the design is not final. When the player is actually playing the game on the above map, I'm guessing the experience should be completely different. The artists are very serious about getting all the micro-level things right making everything really attractive. Big kudos to them.

These are not something I'm sharing for the very first time. Those who are active on Muterra game discord would have seen these Gameplay Teasers shared by @blackheart1. We are experimenting with a few designs and discussing how things would work out. We initially thought of displaying the NPC dialogs in the game displayed at the bottom but then tried doing it similar to the above. I'm not going to say which one we finalized. You can find it out after the game is released.

I have a great feeling about the game after today's meeting. We discussed many things about the game. Also about what we should be working on next. We have selected Unity as our game engine to design the game. The game development is ongoing in Unity. We also had a first glance at how the character movement would be inside the map. It all looks good.

Many people approached me asking when we would be having our next pack sale. It will be mostly on WAX. As we are busy with the game development, we have not decided when we will be having the next pack sale. You can keep looking for updates on our discord and know more information. Hope the game turns out really well and is also very attractive for the players.

If you are excited about the game and would like to be a part of the discussions on our discord server, please visit our website https://play.muterra.in and find links to our discord server. You can also read the whitepaper there. That will give a full picture of the game.

Yo omg. This looks so amazing amd exiting!

Is it a full rpg? So no idle time waiting? Because that would be awesome and something Hive needs!

P.s if you need beta tester at some point I am down :D

Yes, it will be Retro Style RPG. There shouldn't be any delay because the gameplay here is a bit different.

Yeah, we might need some testers soon. Mostly we might test the game in the testnet or something before we go live. You can join our discord. We will keep you posted there.

Cool Cool. It looks amazing! I will 100% join when it comes out even if I am not a beta tester :p

Yeah, the gameplay is Retro Style RPG but the game assets are similar to Splinterlands. This is also a card collection game. For managing the cards and assets the user interface will be like that. The gameplay will be an RPG style.

Not sure if I like that or not xD

I love the idea of a RPG style game on Hive.
But I am just not a fan of card collection game x) But thats just how I feel and see the success of Splinterlands :D

Yeah same here too. I hated Splinterlands so much during the early days. But we have to display the game assets somehow and let people trade that. NFTs are the best fit and it looks only like a card. 😉

Ah, you are in my boat then :P
You are properly 100% right that this is the easiest way since people already know that interface :D

I am less bothered by it now, since you are in my boat :p

Finally an RPG in Hive! Will be checking on this and be joining the discord server to be in the loop.

Cool. You are welcome. Cheers!

This looks good. I hope to have more news soon. I would like a game of this style in Hive, we'll see what's coming.

I have a gaming goal for next year, I look forward to adding this to my list. Well done. It looks amazing and I can't wait to get my hands on it.

Sweet! Looking forward to this! 😎

I read about it a few weeks ago and bought 2 packs yesterday.
Are the same packs offered on wax? Or others?

Looks great, can't wait to test the game if possible.

The game will soon be out. The development is going really very serious.