@bruno-kema 61
4 months ago
The Ink Well 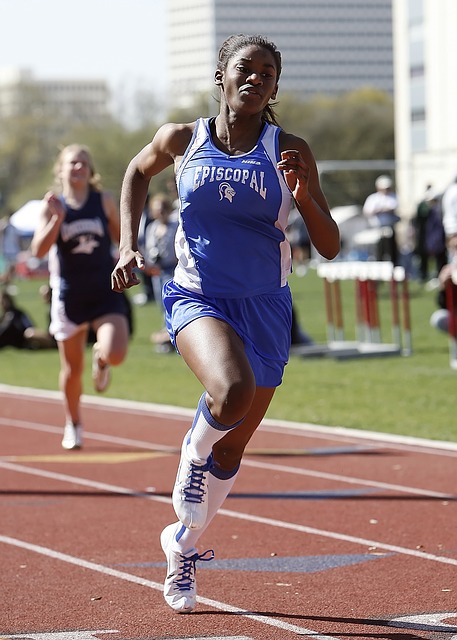 The field was packed with people, both athletes, and spectators. Television and radio crews had their vehicles parked, all of them giving live broadcasts of the sports competition currently going on.

It was perfect weather for a run. The sun was high in the sky, but with little heat. The steady breeze that blew dried up any sweat that managed to crop up. My entire body was in top shape, I had been training for this moment for over a month. I should have been ready.

But as it drew closer to my turn on the tracks, I hesitated.

"Hey Princess," my father called, coming up beside me. "It's almost time for your race."

Unable to meet his gaze, I looked down at my sneakers. I still didn't move.

I looked at him then, his brown eyes were soft as they gazed at me. I knew how much me winning the race would mean to him. I looked away, a few paces off I could see my rivals. They were prepping for the run. I took in their brand new sneakers and tracksuits, and their long legs. There was no way my second-hand shoes could stand a chance against all that.

I looked away from them, to the spectator stand where members of my community were seated, waiting patiently to cheer me to victory. They had been following me diligently since the very first race, sponsoring my trips, accommodation, and feeding with the little they could provide. What would they do when I failed in the finals?

The thought alone was disheartening. Won't it be better to simply drop out of the race? Pretend to be sick?

"Princess I'm talking to you." My father called, bringing me back to my surroundings. "You're scared, aren't you?"

I let out a breath, and I nodded.

"I've always told you, that is very normal. It ensures you do not make mistakes."

"But Dad, have you seen the other girls? How can I win against them?"

"The same way you won the semifinals and the quarterfinals. By running, sweetheart."

"And look, the entire community is here. They've done so much to support me, what if I fail them?"

Letting out a sigh, my father went down on one knee, "I know what the community has done. But it wasn't just for you, it was for them also. You've done what no one else has ever done, you put your community on the map. Now people all over the world will know a place like ours exists. All thanks to you. By just being in the finals, you've done enough. And however this race goes, know that you did your best."

He shifted slightly, putting his hands on my shoulders, "but let us forget about the community for now. Why are you in this race?"

I looked at him once more, this was our usual dialogue before any race. Just a reminder of why I was on the tracks in the first place. At the moment, I found it very comforting.

"And what will that get you?"

"I get a scholarship to study in the best Sports Academy in the world."

"And how would that benefit you?"

"I would become a Queen in the world of sports."

"All athletes for the hundred meters race, on the tracks please." The announcer announced through the speakers.

"Okay baby." My Dad got back to his feet, "remember, it's only you, the tracks, and the finish line. Your competitors don't matter."

"Godspeed princess. When you hear the shot, run like hell."

With the other girls, I got to the tracks and took my position. Kicking out my legs to release any potential cramp. This race was the grand finale of the day and the tension had been building up to this moment.

I went down, placing my fingers over the smooth tracks. I gazed at the finish line up ahead.

I pushed myself up, closing my eyes as I listened to my racing heartbeat. Taking a deep breath, I calmed it.

The single shot filled the air.

And I was off like a bullet. My legs and hands whipping through the air as I tore down the tracks.

I saw no one else. Were they behind me or before me? I had no idea. All I cared about were my feet eating up the distance.

Remember, it's only you, the tracks, and the finish line.

Like a tunnel, my track was all I could see with the yellow ribbon at the end.

Let that be your fuel.

I was running, my secondhand sneakers barely touching the tracks before they went up again. The finish line drew close and closer. Beckoning me.

Closing in, I shot my chest forward and went through the finish line, taking the ribbon down.

As I stopped running, my vision and hearing cleared. I saw the other girls come up behind me. I could hear cheers, the entire spectators were screaming in happiness.

I smiled then, letting it sink in. I had won. I had beat the competition that had better tools.

I was lifted into the air by the members of my community, they were singing victory songs as they flooded the tracks. I had made them proud. Just behind them, I could see my father, grinning at me. He gave me a thumbs up.

I was well on my way to becoming a queen. Nothing could stop me.

Feel free to contact me via my Discord handle:
bruno-kema#1355

The protagonist's endeavor is more significant than one race. The way you characterize this challenge it bears the markings of a mission, even a hero-making mission. The pride of the community rests on the success of one girl. Slender, but courageous shoulders carry this burden. The burden isn't a weight, but a source of strength.

Your description of the runner's internal struggle is believable. The dialogue she has with her father is persuasive.

Thank you for posting this story in the Inkwell community. Our reminder(to all writers):

Have you read and commented on the work of at least two other writers this week? (See The Ink Well community rules on our home page.) This helps our community thrive, and also makes you eligible to be chosen for a spotlight in our weekly highlights magazine. Thank you

Slender, but courageous shoulders carry this burden. The burden isn't a weight, but a source of strength.

This was exactly what i had in mind to portray.
Thank you very much for your kind words.

I love running stories! You capture that moment when a runner has to push beyond what seems endurable. The difference between success and failure is often the ability to pass this test.

As always, I enjoyed your story.

Thank you very much @agmoore, when it comes to running, one must always be ready to go past the limit.
That's what the protagonist had to do.
Thank you for reading.
I'm glad you like the story.

Great work, @bruno-kema! This could actually be a great submission for this week's prompt, which challenges writers to write a story that integrates action, dialog and narrative. You do that beautifully.

There are some great lines in this story. Like this one:

"Godspeed princess. When you hear the shot, run like hell."

It seems to free me up to create the story without getting involved and somehow making it about me.

This is really how it is for me as well. I'm able to look at the story from a perspective quite different from mine.
I already have a story for this week's prompt, i hope it cuts it🙃
Thank you for reading, I'm glad you like the story.

You made me feel a complex set of emotions as I followed the conflict of this athlete, @bruno-kema . I like that you have chosen this discipline of the hundred metres where feelings run over and there is no time to process them. The speaker has only a few seconds to be coherent with the world and with his quest. That is very intense. You did it very well

Thank you very much @gracielaacevedo for your kind words, i'm really glad you enjoyed the story.

As i was reading. I let out a smile and a little tear drop. This is a beautiful story. Those words of encouragement from her Daddy set a path to success for her.

Thank you bro...
I'm glad you like the story.

Yeah...
His encouraging words went a long way in securing her victory.
Thank you for reading.

Love it! This was a very nice read, I felt the kindness of the father and honestly, reading to the end I have the sensation as if I feel like I know what it's like to participate in a runing race and win! Something I have never experienced in my real life... it's a good feeling!!! So enjoyable to read a piece that draws out a positive interaction and experience rather than the dark side. Thank you!

Thank you very much @saronaspecial, it's the dream of every writer to be able to immerse his readers in his story, and make them experience what the characters are also going through.
I'm glad i was able to do that and you felt something you've never experienced before.
Thank you once more.