In April (2021), you authored 77 top level posts comprising of 948303 characters. You also entered 666 comments onto the Hive blockchain totaling 88865 characters of text.

You used 12 different categories for your content and hive-167922 was the most popular, chosen 23 times.

The post titled [POB CONTEST - #01] Sell me a POB movie. earned the most comments with 22 replies.

The post shared with the community the most was cinetv-contest-welcome-to-the-academy-awards-oscars-2021 which was Re-blogged 6 times.

Your average vote weight (to the nearest whole number) in April was 44%.

You spoke to hranhuk the most, leaving 106 comments and hranhuk spoke to you the most with 94 comments.

You upvoted wiseagent the most, 77 times, and chose to issue 1 downvotes to leprechaun. 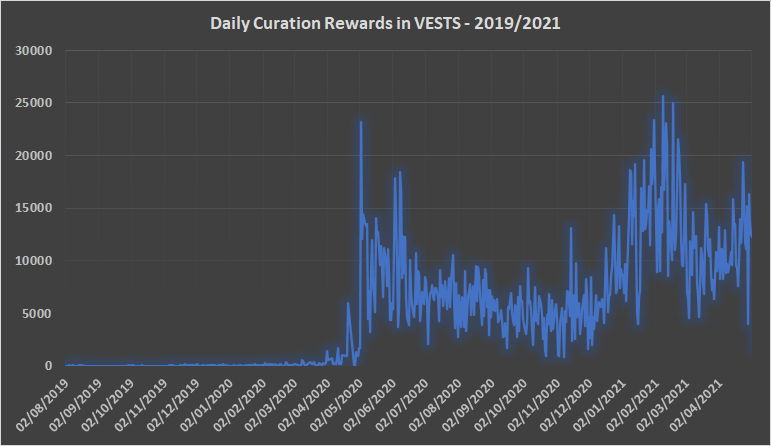