Like I said in my "Steem is Dead, Long Live Hive" post, I plan to continue my steem witness for a 13 week exodus period. My priority, focus and money will be going into Hive - but there's no reason we can't have fun in the meantime ;)

This is what I just posted on Steem:

This bit right here (added to src/app/utils/steemApi.js) is a list of hivemind post id's containing naughty thoughts that no good Steemian should ever talk about for fear of having their own posts join the list.

The entries surrounded with asterix's (* like this *) are BRAND NEW since yesterdays update. Such hard workers saving us all from upsetting facts. Praise the Sun!

The next bit of code contains this list of malicious hackers, terrorists and ethnic cleansers that will never again be seen on Steemy.com. Good riddance I say!

And just to finish off a hard days work, someone popped the master password for @steemit into the steemy.com login box so they could do a quick spot of negative curation.

Wow! Those $300+ downvotes really showed those hackers with their trending lies.
I'm glad they smashed the former Steemit Inc head of communications @andrarchy twice, he won't do that again. Gottem

It's fun to watch, but I'm glad we're getting rid of downvotes soon , now all the terrorists are gone I'm sure we won't ever need them again. Yay!

The recent announcement "We are Making Good Progress" by @steemitblog really warmed my heart. It really seemed like things were going downhill for poor Steemy but luckily New Roy really delivered on that "Win Win" he promised. Good job New Roy!

we are fully committed to supporting witnesses that vow to protect all Steemians’ stake. We will support any witnesses who publicly announce their promise to secure accounts, as well as update to SF 22.5.

As a dedicated fan of centralization, I have personally seen the light and have decided to update my Steem witness to signal version 22.5 just like all of the other devout followers of master Sun.

I publicly pledge to protect all Steemians stake.

I have almost 4 years of experience with Steem. Far more then all of the current consensus witnesses combined. Until today I was ranked 4 by votes on the whole network.

I've also seen the light regarding faster powerdowns, and would like to help make that happen as soon as possible. Fairly, for everyone.

Witness help for others

I'll manage your witness server for you! Only $70 usd per month, payable in anything besides Steem or SBD. Is the Hive wallet not working yet?
Because I'm getting Access Denied XML page in the hive wallet

Use https://peakd.com , that's been working fine for me :)

I have read where the Vessel Wallet is fully functional, PeakD wallet is working with the exception of delegations and they are working on that, and expect a couple of days at least for it to go. Hive wallet is still being worked on and also expected soon.

I an having the same problem.

The Hive is thriving, for how long, I can't be certain. (it actually works behind the GFW in the motherland) 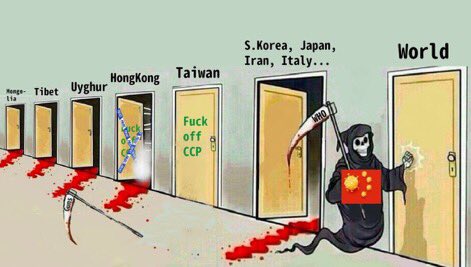 Welcome to #hive @sjsbikes. Good to see you've also made the switch.

Hopefully this isn't a sinking ship too.

Taiwan seems to have this virus under control, how are your friends doing there?

They seem to be doing fine. If the numbers in Taiwan are accurate, they are doing a stellar job of containing it.

Hello!
Great post!
You say you'll run any witness node for $70 per month?
That seems more than fair. We have a witness @beni.witness that didn't survive the fork. Unfortunately I'm the dev for the project and have to port our entire software base in order to make the leap to hive so I don't have time or frankly skill for admin duty.

I would be more than happy to pay you $70.00 to manage it.
Can you please email me when you have a moment? admin@benitrade.org
Thanks!

Sure thing, sending an email now :)

Copy pasting a section for others :

I wasn't clear enough in my original post, at this stage I'm only offering this service for Steem witness nodes, I'd prefer to see the HIVE network stay truly decentralized and run by a diverse group of personalities on a wide range of hardware in as many countries as possible. What I'm offering is to re-purpose my existing Steem nodes to sign blocks as you (or anyone), + manage the price feed. Further centralizing the Steem network (+ maybe saving you money you can use for HIVE)

lööööl he is so desperate :P

Cheers and I found this post to be funny as fuck!

Fuck will I be censored for that?

All praise to the Dicktator!

EDIT: Well it looks like I spoke too soon about the upvotes! Here they come rolling in!

Hey man, you're right. People who contribute to the ecosystem need to be appreciated. My only stake right now in HIVE power is the 30 you delegated to me, but I can't wait to power back up and share my $0.01 upvote as often as I can , haha

If you need a larger delegation let me know. :)~ I sent you a transaction memo saying that but am unsure if you saw it.

Actually I just noticed it. That's all good, 30 should be enough RC's to keep me posting for a while. If I run out, I'll shoot you a message :) Once again, really appreciated!

Okay! I do not watch the transactions very closely so just tag me or comment on something that I post to get my attention.

Glad to help even though I do not have much.

Awesome and thanks.. Powering down as fast as I can too. Will keep my vote squarely on you as we check under the beds and behind the sofa for power codes and device chargers as we leave... nothing left behind.

I've been powering down since early February and will finish the last batch at the end of April. Looking forward to dumping the liquid STEEM I have right now as soon as Binance opens deposits.

If you can be arsed posting to Steem, I'll Copy and paste anything and repost it!

Question is, if you get blacklisted, can you pillage the steem pool undetected...asking for a friend. 🤫🤫

Seems legit, should do the job, praise the Sun!

Truly subversive in it's obsequity; a masterpiece of overcoming overlords by utter submission. The cockles of my heart are overly warm.

Edit: srsly, I need to ice those things down. Where the hell are they, and how do I identify 'cockles'?

would be funny if we get now puppet witnesses into steem that justin votes :D

I expect you to buy us all icecream and candy with that dirty Steemitron witness money.😂

Its sad that nobody using the steemit front end can see your posts :(

GOLD! I cannot believe how child like Sun is acting, it's honestly hilarious!

That being said, me being the peaceful person I am, I feel like anything we throw at Sun is just giving his delusional followers ammo. Where as if we just let him be, his own actions will become even more clear, and even his most devoted follows would have to question his sanity sooner than later.

I know for some reason that steemit would do that. They don't have the crowd or the people. That's the only way they can do revenge of the true people in steem.

Thanks for the hard work, is there a vote for the witnesses here in hive?

Steem is now a circus

Praise the (Justin) Sun. He was right, under Dear Leaders great leadership, Steemit is the best website on the internet, the greatest blockchain. Dear leader successfully removed the hackers from the Steem blockchain, with his own bare hands as they trembled in fear.

I am so excited to see how HIVE develops and grows. I'm really looking forward to the changes. Thanks to everyone who helped make this possible.

I can see fast Steem powerdowns being useful now :)

Trying not to laugh and wake everyone else up atm. 😆