The Splinterlands team has started an initiative and its called Show Your Battle Contest. Every week the team picks a theme and asks us Monster Manaics to showcase some battles that are in line with that theme. This weeks theme is ....... 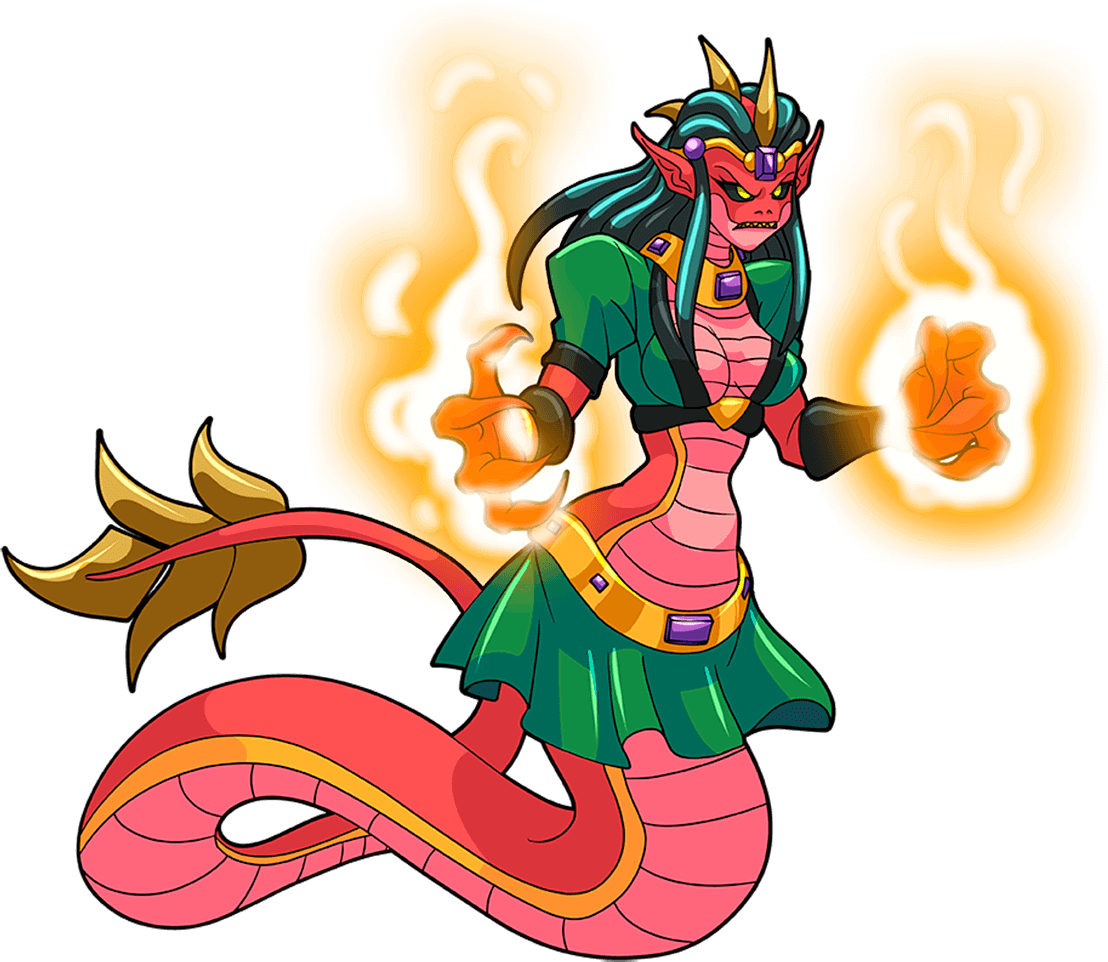 Taken From The Official Splinterlands Site

The Flame Naga of the Burning Lands are tough. Not only are they extremely intelligent and skilled in every known weapon, but they have recently been taught magic by order of the Flaming Robe. In the last Mount Mox tournament season, the Flame Wizards really cleaned up.

My opponents army of three was no match for my Naga Fire Wizard, Victory was mine. I decided to go with the Legendary Beta Summoner PLADO EMBERSTORM as it was a highish MANA battle. This battle took place in the Silver league and one of the rule sets were, all mele attack monsters have the sneak ability. This allowed me to pick some lower MANA cost Monsters that had the mele attack and thus allowed me to go to battle with the max amount of Monsters allowed.

Splinterlands (also known as Steemmonsters) is a digital card game created by @aggroed and @yabapmatt. Tournaments in which giveaway prizes that have real monetary value are being played daily. You can start playing or investing in Splinterlands today by clicking here.

A Blast From The Past: Splinterlands Introduction Video

Maaaaan, from where did you find that promo video? That's really awesome... and I've not watched it till this now.

BTW... well done on the battlefield.

@ashikstd I'm an old maverick thats been with Splinterlands since it started and was called Steemmonsters. My blog is filled with all sorts of Splinterlands historic information, I got reminded of the video when browsing my old topics and decided to include it in my battle post.

I see.
Yeah, I know about steemmonsters as I also started my splinterlands long ago (not before you I suppose ;)
BTW, you've done well on including the video cause I'm sure a lot of peoples doesn't know about it like I didn't.
Thanks.

Below is a copy and paste I left in our discord channel. I'll give further updates after I complete the splits.

Stopping by to let everyone know I'm still kicking. I'll be checking the accounts in the upcoming days and sending everyone their rewards. I'm just trying to find time to do so.

Has anyone sent rewards to themselves in my absence??