After a successful run of the “Spider-man” franchise throughout the noughties, we are presented with the third iteration of the web-slinging superhero, though this time through the eyes of the Marvel Cinematic Universe. His brief debut in Captain America: Civil War was well received by theatre audiences around the world and boded well for the planned reboot. So, were the genius team (who seem they can do no wrong) at MCU able to deliver a fresh, new twist to the already well established formula of our beloved Spider-man character yet again? 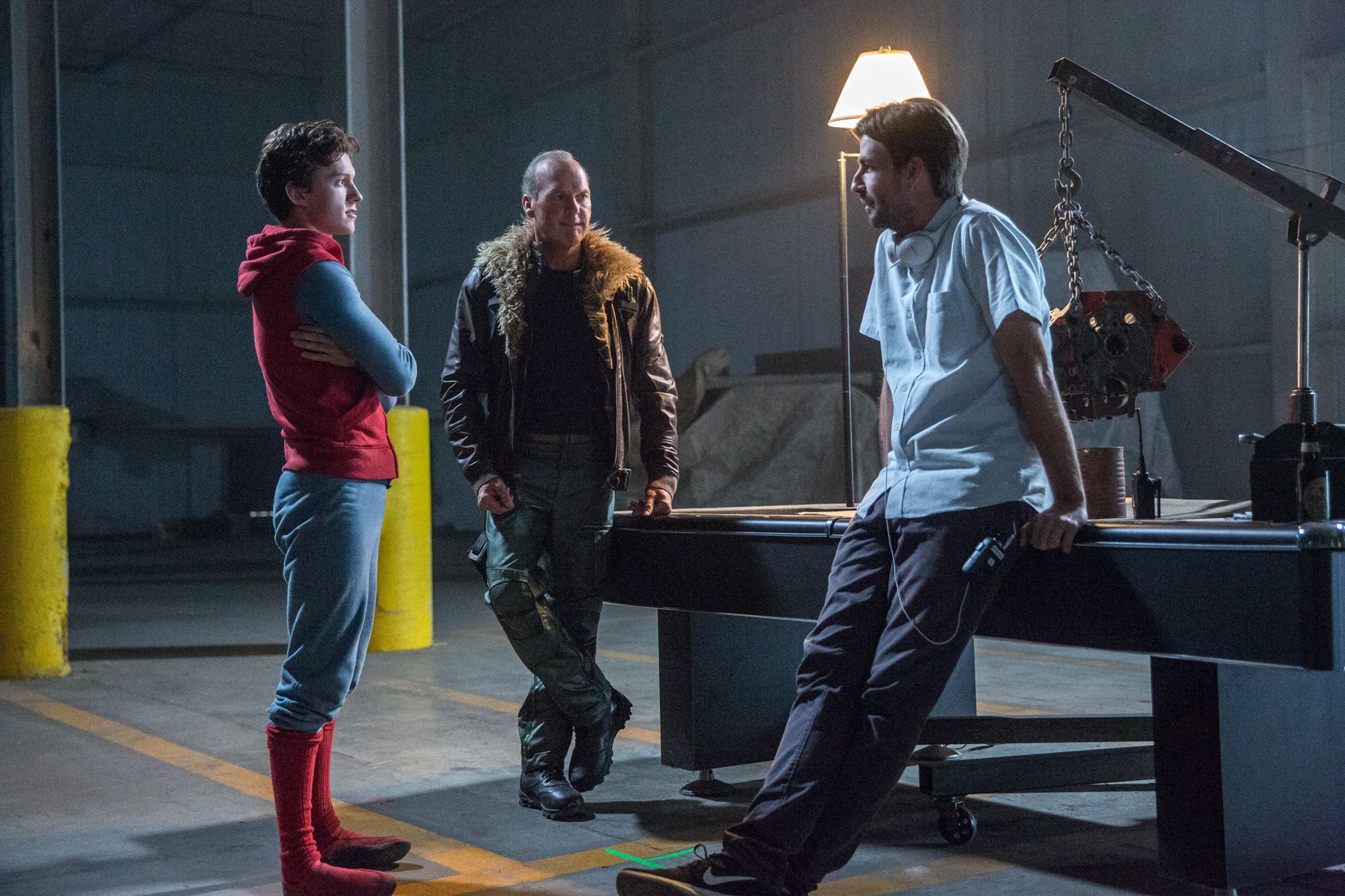 A young Peter Parker (played by Tom Holland), currently in high school, is still reeling from his entanglement in the fight that went down in “Civil War”. This leads him to crime fight to his spare time until he unwittingly gets discovered by his best friend, Ned (played by Jacob Batalon). Meanwhile downtown, a local salvage company, headed by Adrian Toomes (played by Michael Keaton) is tasked to clean up the city, but whose operation gets abruptly overtaken by another initiative run by Tony Stark. Leaving on bad terms, Toomes using scrap metal collected over time, builds hi-tech weaponry and the “Vulture” suit. Inevitably, fate’s hand lead the two to meet head on, culminating in a showdown of epic proportions and spanning across almost the entire city. Now, the first thing I gathered shortly after settling into watching this movie? The heavy emphasis on character and social relationships. Some may even say at the expense of the actual core “superhero element”. In that, I mean to say that if one expects an all-out action fest that we are so used to seeing from previous versions of “Spider-man”, some may walk out sorely disappointed. I, however, welcome the change in direction. Watching this new version of “Spider-man” swoop in from high above, traverse nimbly through the city using his trademark web-shooters and performing all manner of death-defying acrobatics, is all well and good. But let’s be honest. There isn’t much in terms of his superhero antics we haven’t already been introduced to. We have walked very familiar grounds here, especially with the all to easy "copy-and-paste" nature of the last two instalments of “Spider-man” that I wasn’t too impressed with. So, focusing on his everyday life and being able to “relate” to him on a more humanistic level, was a stroke of pure brilliance.

The action, while sparse during the duration of the movie, is suitably frantic and dazzling when it has to be. Albeit, nothing you’ve never seen before. Sometimes I do feel we as an audience have been desensitised to all the incredible choreography, CGI and film-work that goes into creating these fast-paced set pieces. Whilst it took me a some time of acclimating myself to accept Tom Holland as the newest incarnation of “Spider-man”, much of this was due to the genuinely stunning performance of Michael Keaton as Toomes. He pulls off an exceptional portrayal of the vengeful arch villain in this movie. His emotions, bitterness and most importantly, justification for his actions, are all spot on and make complete sense from our standpoint. There are defined reasons behind the choices he makes and every time he cues an entrance on-screen, his superior acting abilities can’t help but cast a shadow over everyone else. A masterclass by a veteran of our times. If there were any faults to pick, it would be fair to say there are a few. For instance, it should come as no surprise al all that because this “Spider-man” is set in the MCU, there will be familiar faces from the previous movies to keep the background narrative flowing. Namely, Peter Parker’s surrogate paternal guidance counsellor and mentor, Iron-man. His role is this movie was, at best, confusing. With the stakes set so very high, you have to ask yourself why in the world would the avengers not come to the aid of their affable counterpart. Instead, we are treated to a sort of weird succession of “training” programs seemingly set up by Tony Stark himself. And some which could have led to the demise of our famous web-slinger altogether. A little extreme, I thought. Add into the mix a couple of extra Spidey suit abilities that I feel kind of “jumped the shark” so to speak and you’d be forgiven for raising an eyebrow or two at the screen or left scratching your head in disbelief.

For the most part, Spider-Man: Homecoming succeeds in what it sets out to do. That being to produce a new, invigorating spin on an age-old formula that, to be perfectly honest, was in desperate need of an update. More of a “Spider-Boy” movie than anything to do with a man per se, this coming-of-age superhero story will leave a lasting impression on you long after the credits have rolled. A resounding success in general, which only gets me more pumped up to see what else the super-brains over at Marvel Studios can come up with next.

Is that why you downvoted my post? I'm not trying to be confrontational. I'm just curious but at the same time I realize blockbrothers is steem's #1 witness. Feel free to read what you said in that post, especially the first paragraph. Are all my posts going to be deleted from Steemit now? Because I wrote a post talking about the censorship there? Again, I'm not trying to be confrontational but I do want to have some sort of record on this chain, in case I do wake up and everything is gone.

Jesus Christ! Sorry, dude! Just "fat finger" syndrome... I actually meant to upvote your post, lol. Anyways, rectified. And in regards to what I said in the past, things move at lightning speed in this space. I'm not a political person by nature so just observing the whole situation (or should I say "communicative debacle") as it unfolds.

Gods only knows how all this will play out...

I apologize for bringing it up here, under a high quality Spiderman post. That entire situation hasn't been easy for me but I can't say I was one trying to make enemies while things unraveled. I also respect friendships and thought maybe you were standing up for your bro. Part of me also thought it was a mistake. Usually when I get a downvote I ignore it. It seemed strange coming from you, and I think I might be paranoid.

Usually when I get a downvote I ignore it. It seemed strange coming from you, and I think I might be paranoid.

Please don't read too much into things up in here, man. That tends to happen a lot lately where some smaller instances can get blown all outta shape, lol. However I'm also not the biggest fan of being downvoted either and can totally understand why you'd question it. Again, apologies for that.

Now we have two different entities, going by the name of "Steem" and "Hive", my hope is for peace to resume and let the bad blood dissipate once and for all. It's been a stressful ride for us all, I'd hope you agree.

So with that, let the good content flourish again and you keep on doing what you do best, my friend... :)

It's been a stressful ride for us all, I'd hope you agree.

I do agree with that. Thanks for the talk. I'll see you around.