Ezzy's Movie Review of: "It Follows"

Sometimes a movie, with hardly any budget but one hell of a great idea, comes out of nowhere and takes their genre by storm. Like it or not, The Blair Witch Project was one of the first to introduce the now over-saturated formula of "documentary-style footage" in making an entire movie. It’s angle was to give a sense of authenticity that would be simply not possible using traditional film-making techniques. Yet it went on to topple figures at the box office like dominoes and armed with only a tiny budget consisting of a few video recorders and one unorthodox concept. The movie It Follows is considered by many to also have a killer vision that required next to no budget yet enjoyed phenomenal success upon it’s initial release. Was all the hype that literally "followed" it around as being one of the scariest movies ever made, justified in any way? 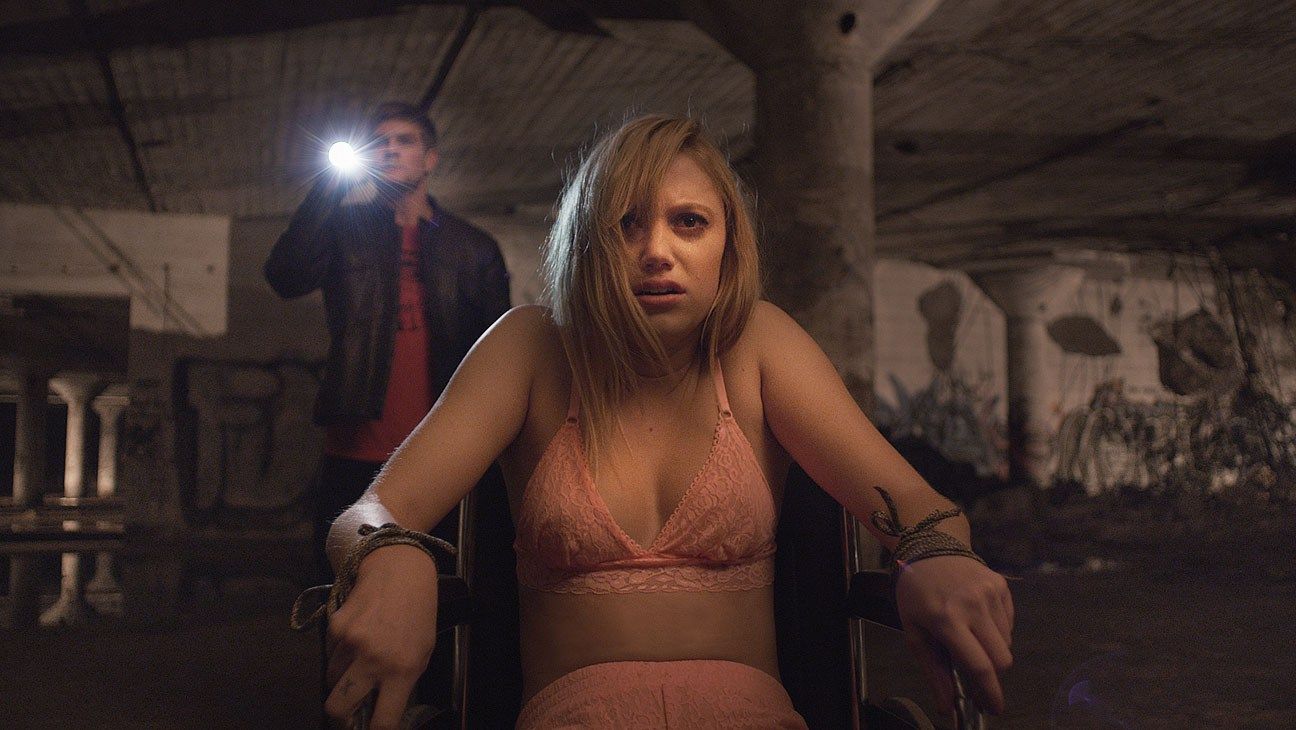 After quite a shocking opening segment, It Follows begins to tell the story of a newly dating couple who are both going through the usual motions before starting a fully-fledged relationship. At the movies, the boyfriend Hugh (played by Jake Weary) starts acting strange when he appears to see something or someone at the back of the theatre. He and his girlfriend Jaime (played by Maika Monroe) promptly leave the cinema where they later park up in his car next to a secluded glade and begin to have sex. As the night drags on, the two adolescents appear very much in love until Hugh suddenly decides to chloroform her into unconsciousness. Upon waking, she finds herself strapped down to a chair and Hugh acting hysterically. As she struggles to set herself free, he proceeds to explain to her what drove him to this. A strange, lone figure has been relentlessly stalking him. This "entity", usually in the guise of some twisted human form, never stops until it’s target is deceased. The only way out is to have sexual intercourse with another person so as to transfer this “curse” over to them. However, should they be killed, the “curse” will come back to claim their own life once more… Watching this movie, I was immediately impressed as to the subtle overtones of pervading dread. There is hardly any music played throughout, with the little that there is used to good effect. I love the fact that the “entity” coming for it’s intended victims can take on the form of anyone it wants. This premise alone is worthy of a tonne of praise. A killer relentlessly pursuing you, never stopping to eat or sleep, till it catches and murders you. That is enough to send shivers down anyone’s spine. But the twist in the tail? The sedate speed of the pursuer. The “entity” never runs. Just a monotonous slow walk, almost as if it savours or enjoys every last second of time afforded to their victim. Now, of course this formula has been used before with the likes of such classics as Halloween or even the Friday the 13th franchise. But the difference here is the helpless situation our protagonists find themselves in. There is no fighting back in this movie to speak of whatsoever. No special weapon that allow for its death or some antidote to the curse to save the desperate fate of our hapless heroine and her friends. Here, it’s a constant chase that never ceases. And to make matters worse, within a crowded area, the “entity” could be anybody. There is no glaring sign that the murderous presence is near. No, in It Follows, it could literally be anyone. Even their nearest and dearest. 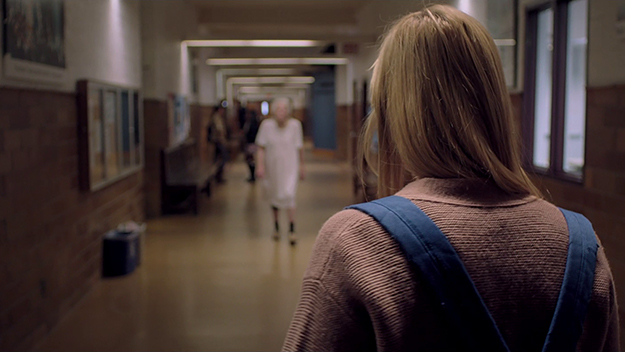 For such young cast members, I was pleasantly surprised by how good the acting was. I mean to say, not that a movie of this nature required Oscar-worthy performances, but the believability and tension created from the absolute fear and despair coming from them, is palpable and disturbing to watch. A special mention goes to new actress on the scene, Maika Monroe, who should have a shining career ahead of her given her impeccable acting skills on display here. If any faults are to be cited against the film, it could be said the pacing of the movie may be a little slow for some. However this is an essential ingredient for the film to work so very well, therefore those with little to no patience need not apply. Honestly speaking though, unless this genre as a whole is not for you, I would recommend It Follows in a heartbeat. A thoroughly original and well-thought out sleeper of a hit with an unnerving, atmospheric intensity to match.

So, to answer the question of whether It Follows warrants the title of “scariest movie ever made”? Well, that a no-brainer. Absolutely not. Especially given the fact that “horror” in general is such a subjective term in the first place. But that’s not to take anything away from it. It Follows is a disturbing, visually haunting, classic in the making. Director David Robert Mitchell hit all the right button in piecing together this gem of a movie and, with a final shot to cover you from head to toe in goose bumps, things just doesn’t get much better than this. A job very well done and deserving of exceptionally high acclaim.

Glad you made it to hive.io! What's up with your buddy, man? He's been off for a while now...

Your guess is as good as mine, mate.

No sign from @exyle then? One big downvote from @blocktrades and that's it?! Come on @exyle, we miss your videos! Don't get your panties in a bunch!

Great review. I really enjoyed reading it. In fact it was a great way to experience the film, since I have found I can’t handle horror films anymore. But reading about a film’s mechanics and artistic vision is great fun. It sounds like it has great suspense and some interesting and artsy elements!

Many thanks, Jayna! I also used to be a little apprehensive of horror movies but finally gathered up the courage one fine day and never looked back. Bear in mind that if blood and guts aren't your thing, you'll be good to go with "It Follows" as there's almost none to speak of. :)

I forgot about this movie! Chilling, one of those that haunt you for a while after. Awesome review Ez,you have a knack for summing it up without giving too much away!

Lovely Dreemit! Thanks for gracing my blog with your awesome presence! Oh, it was a horror flick with the emphasis on "horror". Something I feel, the genre has been lacking of late.

Bless you for your kind words. :)

This movie was so creepy I’ll never forget it, I had so many freaky dreams after watching it one of the last horror movies that had a lasting effect on me

Totally, bro! Even the last image of the movie. Very unsettling.