Last year's smash hit Baby Driver almost immediately became a cult classic upon release. Being nominated for several Oscar awards including Best Sound Editing, Best Sound Mixing and Best Film Editing, the general public weren't the only ones to notice this movie. It was pushed out to theatres without too much of a marketing campaign to back it up so was something of a sleeper hit. With the cast headed up by some impressive names in show business, was this movie worthy of all the praise heaped upon it a few short months back? 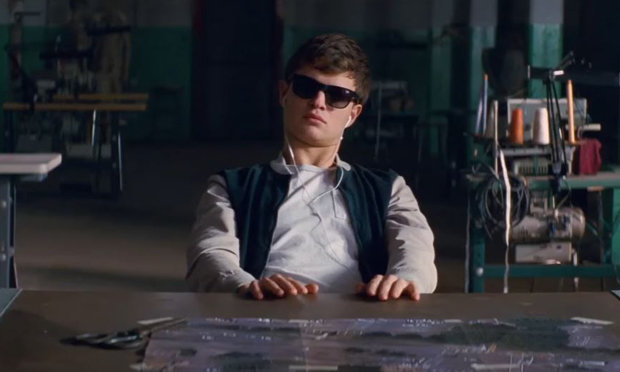 Baby Driver follows the life of a skilled getaway driver by the name of Baby (played by Ansel Elgort). Having developed a chronic life-long tinnitus condition from a childhood automobile accident which killed both his parents, he manages to find mental solace by continuously listening to music on his iPod. However, in deciding to soon bring his criminal career to a close, Baby plans to settle into a life of so-called normality by attempting to forge a relationship with a waitress at a local diner, Debora (played by Lily James) thus leaving his old life behind. However, when Doc (played by Kevin Spacey) who is the brains overseeing each operation and his boss, refuses to let him abandon employment, Baby is quickly faced with a huge dilemma which could ultimately lead to his, and his loved ones, demise. This film has got to be one of the most stylish movies I've seen for a very long time. It's tone and narrative borrows heavily from a sort of Taratino-esque standpoint. Each character in Baby Driver is like a kind of over-inflated caricature of themselves. In that their intrinsic persona is exaggerated to the point of being almost cartoonish. However in the context of proceedings, this is by no means a bad thing. The story punches along at a fair pace giving the actors a chance to comfortably stretch their legs. During their heist missions, they are grouped into bunches of four (including Baby) with each member of the ensemble bringing their distinctive traits to the table. Special mention goes to Jamie Foxx as Bats who turns in a great performance as an unstable, dangerous gangster, instantly taking a dislike to Baby. Another memorable personality was Baby's sweet, endearing foster father Joseph (played by CJ Jones). Though their on-screen scenes together are somewhat sparse, what there is just oozes heart-warming, beautiful father/son chemistry. And of course, the irrepressible Kevin Spacey delivers another fine role as the slightly unhinged, though still managing to stay in control, Doc. Every single one of the casting crew outdo themselves to sheer perfection. In short, I was just blown away by the excellent quality of acting all round. 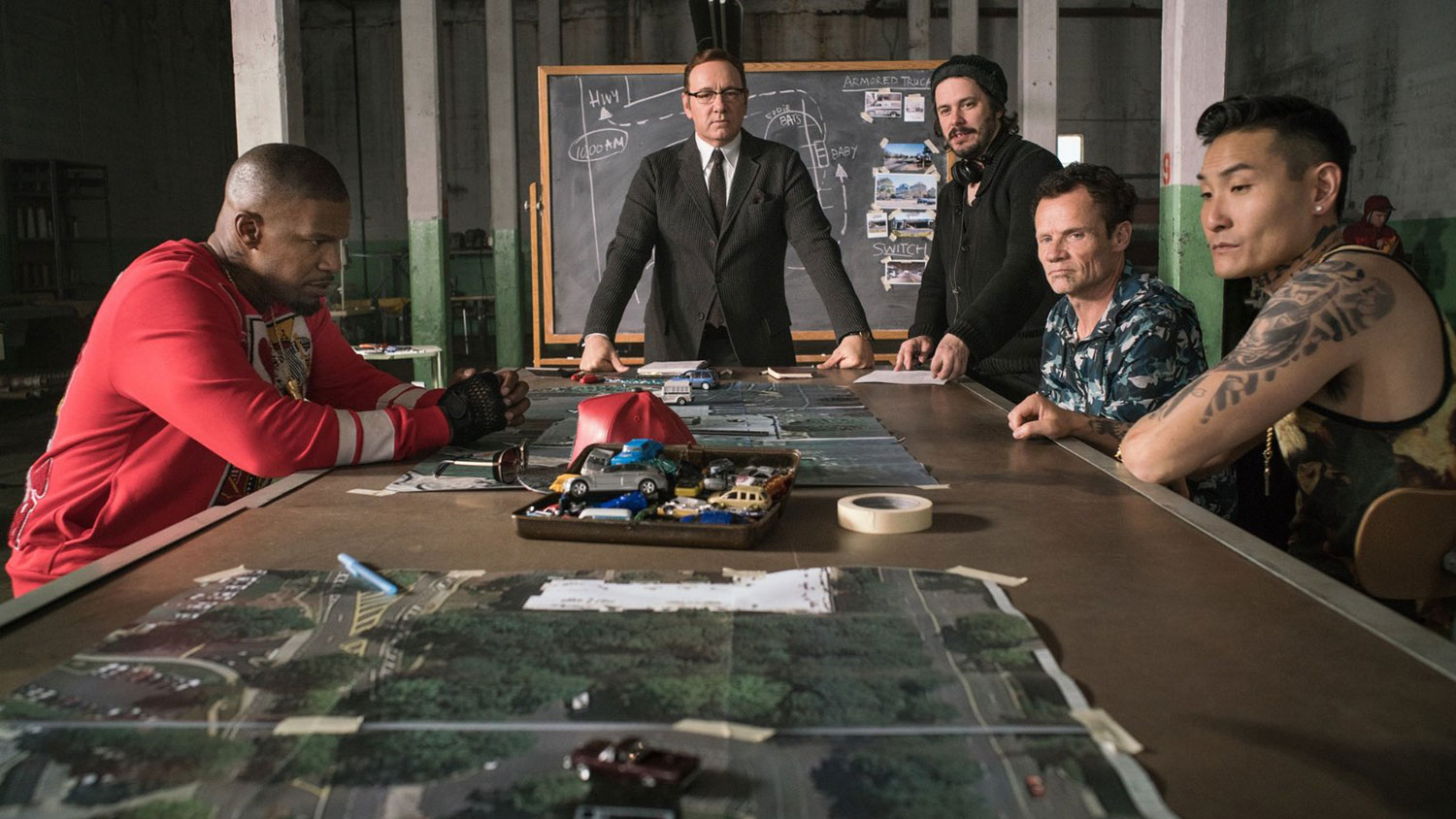 Another intriguing and unique aspect of the movie was the sound. Not only are we treated to a phenomenal compilation of classic "rap, soul and funk" tracks throughout almost the entirety of its two-hour duration, but the main perspective is solely captured from Baby. We hear what he hears, from the as-mentioned musical brilliance to even a high pitched continuous shrill ringing, caused by the removal of his headphone. It's a stroke of genius and allows the audience to settle in to the character of Baby on the most personal of levels. In addition, the editorial excellence of this movie is off the charts. It's little to no wonder why it garnered so many award nominations in this category. The car chase sequences are some of the best I've ever seen. Rivalling even the likes of Bullet or Ronin in terms of out-and-out thrills and seamless vehicular set pieces. Hell, even when the action takes place on foot, it's created with an attention to detail and care that showcases the production team's utter brilliance in their corresponding fields. Incredible stuff. The negatives are few and far between. Possibly the romance between Baby and Debora that could have been drawn out a little more or the odd "action movie cliché" here and there, especially towards within the third act. But, in total honesty, that's just nit-picking in an otherwise stunning achievement here.

To put in bluntly, I was just floored by how great this movie is. Maybe having no expectations going in helped matters, but there is no question whatsoever that a special kind of love and affection went into putting this absolute killer masterpiece together. If a movie lover like I am, you'd be doing yourself a huge disservice in giving this one a miss. The charm, appeal and downright "cool nature" of Baby is something to be commended and applauded. This is as close as I've been so far to giving any movie a "9.5" rating. Words can't express my adoration for this movie. A straight-up classic in it's genre that can only improve with age and just sent the benchmark of filmic quality to the next level.