Following on from the successes of Prometheus, Ridley Scott once again took hold the reins to direct the highly anticipated sequel, Alien: Covenant. Being the second of a planned trilogy (perhaps even a rumoured quadrilogy), the film was released in May 2017. Though the movie received mostly positive praise from the critics, was everything in Scott’s new vision of the prequel “Alien” saga as it should be? 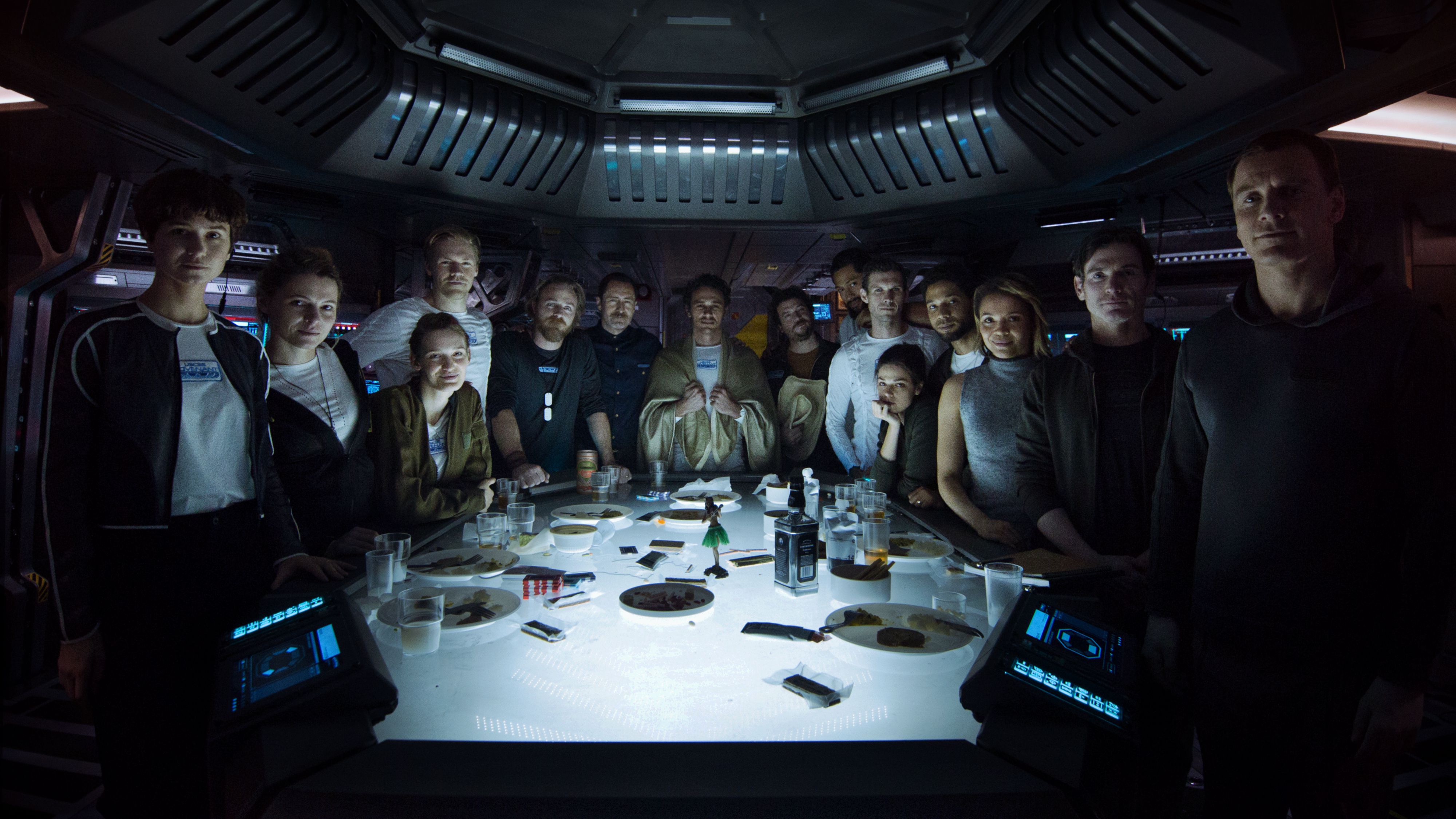 Events lead on eleven years after the first movie, Prometheus, took place. A colonial ship, the Covenant, is on-route to a planet known as Origae-6 and found to have the necessary resources and habitable environment for human sustenance. The cargo on-board comprise of 2,000 human embryos ready for deployment to begin a brand new civilisation. As the crew are all asleep in crypto stasis, the ship comes under fire from a stellar burst, killing the captain and destroying a few embryos with it. The mandatory on-board synthetic android named Walter (reprised once more by Michael Fassbender) wakes the remaining crew. Whilst repairs are being carried out, they receive a rogue transmission from an as-yet-unidentified planet that appears friendly and human from its source. With another planet similar in attributes to the one they were previously bound for, the crew’s new captain, Oram (played by Billy Crudup) orders a change of course and heads in the direction of this new find. However, one crew member, Daniels (played by Katherine Waterston) objects to this. On arrival to their destination, they find the habitat to be not too dissimilar to Earth’s. Though very soon, things take a sudden turn for the worse when not everything on the planet surface appears how it seems. Now, with the master of this franchise at the helm once again, it may come as no surprise to know that the atmospheric visuals and background compositions are spot on. In fact, almost identical to the original movie back in 1979. Even down to the opening title sequence, you just know the movie will ooze authenticity on an aesthetic and aural level throughout. And that it certainly does so. Anyone captivated by the scenic wonderment in the previous title Prothemeus will feel right at home here. This is a beautifully shot movie and stays faithful to its roots in that respect. From the subtle flickers of lighting on the main deck of the Covenant to the expansive, gorgeous looking planet surface, this alone makes the movie worth watching just for the sheer mesmerizing eye-candy on offer. 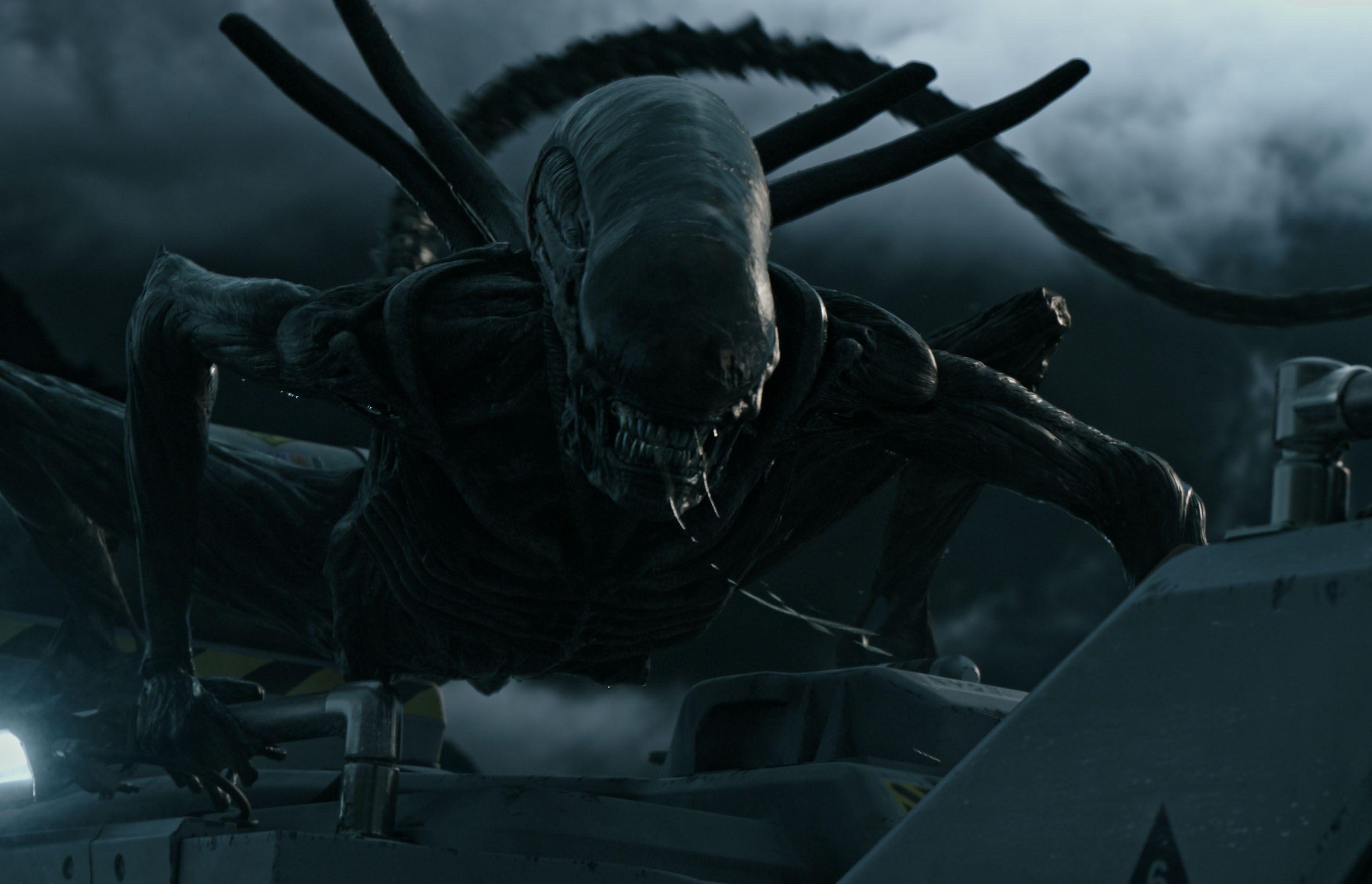 The acting by all cast members was good for the most part. Michael Fassbender seems to have perfected the art of “android acting” and does so outstandingly well here. Katherine Waterston who is the movie’s hard-hitting heroine exhibits certain *Sigourney-esque” traits when the action heats up and delivers as a believable female lead, emotionally torn by the loss of her husband when the ship came under attack at the start. The protomorph, introduced during the final sequence of the previous movie, plays a larger part here. Suitably ferocious and fearsome, these part-hybrid incarnations of the actual xenomorph itself were an interesting take on the established lore making up the historical origins of the “Alien” universe. And finally, it should come as no surprise that we do get to see the actual “fully evolved” version of the creature we all love to fear. Yes, the familiar sight of the genuine article xenomorph does make a welcome appearance and should please those who were waiting to see them again up close and personal after a long wait.

So, is everything else in the movie up to the same standards of the acting, visuals and sound? In a word, no. Sadly, the major flaw of this picture is with the underlying narrative. Events in many places during it’s 122 minute run-time seem either unfinished, confusing, or to put it bluntly, lazy. The complex alien life-cycle that was ingeniously perfected by the master himself H. R. Giger seems to have been thrown by the wayside. Without trudging into spoiler territory here, many aspects of the xenomorph (for example alien incubation times or even the manner of the parasitic alien impregnation method) just don’t add up at times or display any coherent timeline continuity. Even the “Engineers” from the previous movie have been all but abandoned in favour of a more by-the-numbers horror flick. The potential to flesh out the intriguing elements laid out in Prometheus was a huge missed opportunity and it honestly saddens me to say that when all the other ingredients of the movie were of such a high calibre. Granted, Ridley Scott is imparting his interpretation of how he wanted this new spate of prequels to play out, but I feel he should have at least adhered to the rich and defined lore that precedes it. And this problematic issue only continues to rears its ugly head further as the movie’s third act draws to its conclusion. I can only wonder how things will progress from now, given these new obscure and nonsensical factors slotted into the current narrative state. I guess we shall just have to wait and see.

At the end of the day, Alien: Covenant can be enjoyed on a superficial level. If you want a straight up horror movie featuring your one and only favourite killing machine doing what it does best, this will satiate your bloodthirsty cravings. But anyone who acknowledges the detailed machinations of the “Alien” saga and expects a suitably coherent story to compliment the franchise we all know and love, will walk away sorely disappointed. I await with a tentative expectancy as to how a third, and possible final, movie pans out.