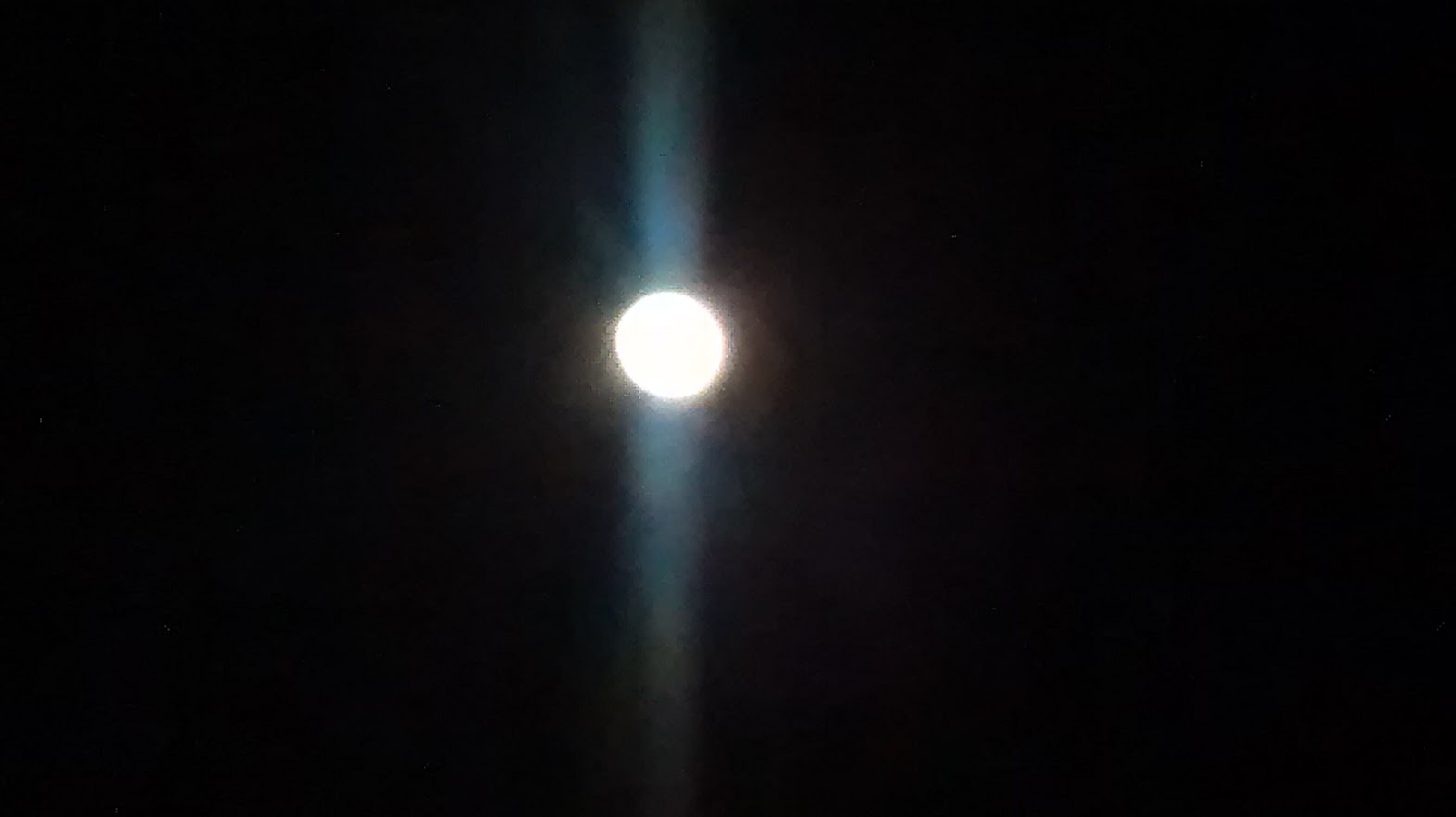 Sometimes at night I like to sit in my backyard and look up. I took this picture of the moon last night.

I have been looking after some seedlings of some Swiss Chard plants and I put them on top of an old dog house. I used to take care of my nephew's dog so many years ago. Now my cat likes to sleep on top the dog house that I and my mom helped to build many years ago. It is a flat top dog house.

She would always come up with a meal for them, even though they would show up unannounced. I liked that grandma would always have food for people and I really do miss her cooking.

Now as I think about it, I like how my mom cooks and one of these days, I may be saying how I miss my mom's cooking. Well, God willing that will be some time from now.

Did you know that the sun, moon and stars were to measure time? As it is written, And God said, Let there be lights in the firmament of the heaven to divide the day from the night; and let them be for signs, and for seasons, and for days, and years: Genesis 1:14.