What Is The Real Law

son-of-satire in #liberty • 6 months ago

What is the Law of The Land? I don’t mean all that legal stuff, I mean “THE LAW.” Can we define it? I’m not talking about jurisdictions, types of civil or criminal law either. I am referring to the concept of law itself.

It amazes me, whenever you mention the law, most people go “muh!” Yeah, like the thing that defines society, creates money, allows us to coexist without throttling each other (too often) and orders the world of nations, causes wars and settles peace is like “soooooo boring.” 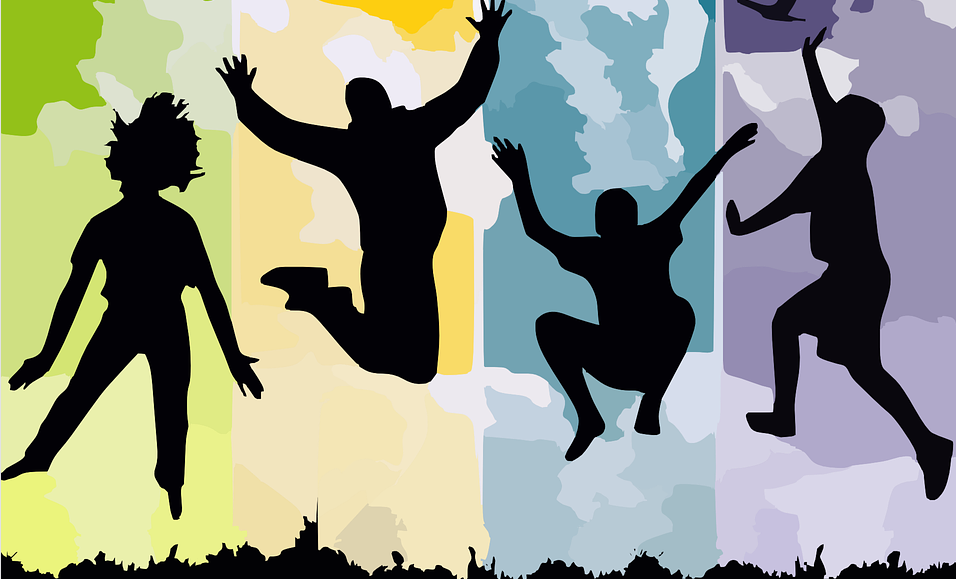 Freedom is The Law - [Image by Pixabay]

Of course people’s lack of interest is quite understandable. Law just is innit? We don’t need to think about it because it only affects us when we get arrested or fined. Wrong!

No, it is boring because it is all about clauses and statutes, legal jargon (legalese), warrants, judges, courts and really dull and somewhat impenetrable, stuffy old professional discourse. Wrong!

Firstly Law is a living, constantly evolving framework that guides all human and natural interactions. It dictates the movement of planets and the forces between atoms. It is constantly in flux.

Secondly Law has nothing to do with legality. The legal system is a man made construct, nothing but permits and policy. The political whim of the day. Legal issues don’t dictate the nature of the universe. Law does.

You would imagine therefore, that Law must be far more complex than legality. Yet it is far simpler than the legal rules we have created. As most essential truths are. We don’t even need to study it to know what it is. We “feel” the Law.

The Law is Natural Law and it determines the consequences of all actions, human or otherwise. The universe seeks to be in equilibrium. It is the balance between forces. Unfortunately shit happens.

Stars explode, atoms collide, plants grow and bees die. All of these events have consequences and Natural Law dictates the rules by which those consequences return balance to the universe.

Human beings, and all the acts we commit, also have consequences. These too are part of the universe, part of reality and existence. This is why we are born with a sense of the truth, which is Natural Law, the law of consequences.

Every action has an opposite and equal reaction. Always seeking to return the universe to order. We feel this as the difference between right and wrong. Even an infant understands this. It is innate and we don't need someone wearing a robe and a funny hat to define it for us. We know what the Law is.

I live in Britain so I am one of the lucky minority on Earth who lives in a Common Law jurisdiction. This means I am completely innocent of all crimes until proven guilty by a trial of my peers. Most people live in jurisdictions, of various types, broadly coming under the Napoleonic Code. Meaning they are all guilty of every crime until proven innocent in a court. Big difference. But don’t worry we don’t need to get bogged down with jurisdictions and all that boring stuff to know what Law is. True Law is Natural Law and that finds itself expressed most accurately by Common Law. However, it is vital to understand that Natural Law defines what is right and what is wrong at all times. Regardless of the system of law human beings practice.

People who live under the Napoleonic Code are still subject to Natural Law. It cannot be otherwise because Natural Law is the Law of creation and that does not mean God’s Law. Although it can if you like.

So Common Law is far more useful than any Napoleonic legal system. Not because it is less polluted by lawyers and judges and courts (it certainly isn’t) but because it is more closely aligned with real Law which is Natural Law.

Common Law is based upon Natural Law (God’s Law if you like) and it is really very simple. It is the Law of the Land (legem terrae) and is the custom of the people. The customs which, in Common Law jurisdictions like Britain, the Crown (the State) swears to uphold in its contract with the people. Although, it has done nothing but act in bad faith in that contract for more than 800 years.

Common Law, because it expresses Natural Law, means all is permitted as all men and women are equal (in Law) and free. Only actions which cause harm or loss to another man or woman or where a man or a woman act in bad conscience in a lawful contract with another man or woman (causing loss) are unlawful.

In Common Law all justice is dispensed (in its entirety – including decisions about punishment) by a randomly selected jury of the peers of the accused man or woman. All are innocent until proven guilty in a trial by jury.

Trial by Jury is the highest law in the land. It is legum terrae (the Law of the Land). It is the ultimate arbiter of all justice, and the power for a jury to annul any and all legislation is united and annexed within the contract created by the people when they allow the Crown to be temporarily invested with their power via the constitution.

“Governance” by trial by jury (judicium parium) is democracy (demos kratos – people power). That too is the Law of the Land. They are inseparable. They are the same. Democracy is the Rule of Law. Voting has nothing to do with it.

It is the higher Natural Law, which exists regardless of our decisions or actions. Only through the deliberation of an informed jury, engaging in the dialectic and exercising critical thought, in full awareness of the evidence, can we hope to dispense this universal, all encompassing truth. Natural Law - the Law.

Precedent law is created by “judges” who have no power (and no role) to do anything but administer the justice decided upon by the jury. They are not free to “interpret” that decision, they are not empowered to instruct or otherwise interfere in the deliberation of, or justice dispensed by, the jury.

Precedent “progressive” law is not the Common Law. It is not the custom of the people, not leggum terrae and not justice in Natural Law. Yet it is constantly called Common Law. 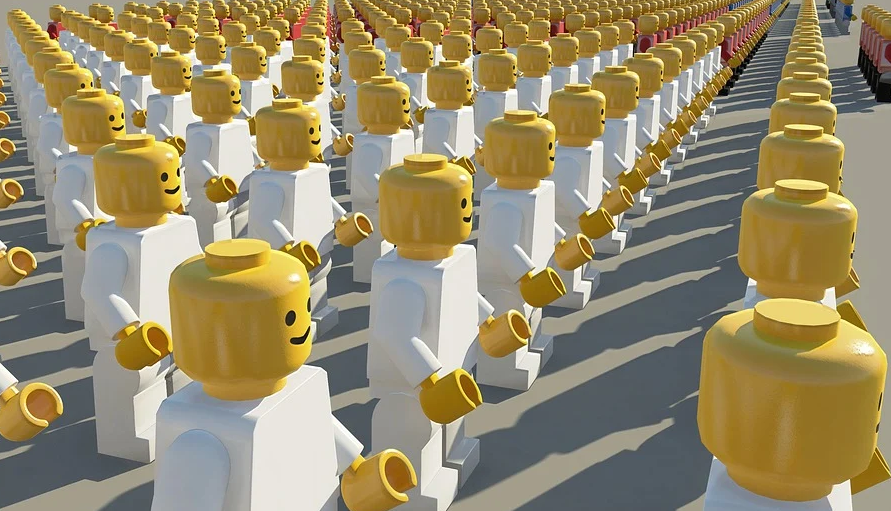 This is because positive law (set by precedent created by judges) can be controlled by the establishment. Which gives this merry band of wannabe dictators “power.” It is not the truth, not Natural Law and not Law.

It is simply a tool which is used to beat us by this thing we call the State. The Law of precedent (“c”ommon “l”aw) and legislation are just rules created by men and women, who are corrupt more often than not. Throw in Admiralty Law, Ecclesiastical Law and modern Civil Law and all gets very confusing indeed.

No wonder we need to pay the the legal profession so much to weave their way through this logical spaghetti. Which of course is the other reason the establishment like it. What good is power if you can’t use it to rob people?

But these systems of law and legality are all junk, and all irrelevant under Natural Law. Natural Law doesn’t care what men and women think. True Common Law is just the best way we have yet devised to access it.

All other “forms” of law are “formed” by men and women. More often than not powerful, wealthy and exploitative men and women. Only the Common Law is based in Natural Law. All other forms are, by definition, unlawful. No jury’s decision can be bound by anything but Common Law as the expression of Natural Law.

It doesn’t matter what the precedent says. That is not justice and says nothing about Natural Law. Only judiciumparium, dispensed solely on the merits of the case, can be Common Law. Common Law is our best chance of understanding Natural law and Natural Law is the whole of the Law.

The Law thus defined is simply this:

Act honourably in all contracts.

Under the Law (which is Natural Law expressed by Common Law) this thing called the State causes harm. Therefore it is unlawful. We really don’t need the State to live in peace. All we need is the Law.

We would no longer have to suffer the disgusting abuses of the State, with its wars, injustice, corruption and it’s child slavery. We don’t need flags, or causes or a nation to be “proud” of. All of these things are the trappings of political authority which can never lead to anything but slavery and corruption.

Natural truth expressed by Common Law is the tool we can use to create that stateless, free society. In the next post I will look at how the Law and a system of rights, can create peaceful coexistence, with all the healthcare, infrastructure, so called “legal protection” and other social advantages we imagine only to be provided by the Frankenstein's monster we have created called the State.