Precognition of the Coming Blockchain Serfdom

MARK MY WORDS: The coming cashless currency, will, without a doubt, sacrifice freedom and privacy unto the altar of convenience. One of the biggest problems of cryptocurrency (KYC or the lack thereof) is what makes it most attractive. If you recall, Bitcoin originally got billed as a way to trade for goods and services anonymously. 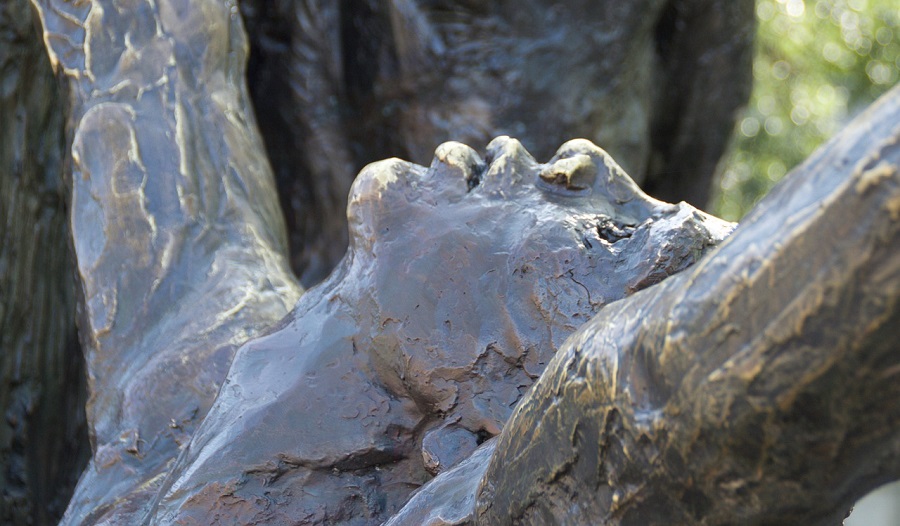 Of course, this was early into the days of crypto, and Bitcoin was the flagship product of its kind. It led the way for all other cryptos to follow. Bitcoin was a one-of-a-kind product, and common terms like blockchain explorer, BTC (Bitcoin's three-letter acronym), or shitcoin had yet to ingrain themselves into the vernacular of crypto enthusiasts.

Once people learned to navigate the terrain better, new cryptos came to follow, and so too came the advancement of blockchain technology in general. People soon began to trade their overly valuable BTC for new, more feasible tokens that quickly sprouted on faster and more efficient blockchains.

As the token was slowly adopted and became accepted as a trade of value, the technology that was so attractive to cypherpunks worldwide became corrupted with insidious levels of compromise with various financial institutions that required KYC. That particular jargon stands for 'know your customer,' and it struck right through the heart and pierced the soul of the burgeoning tech's initial allure and promise.

In a BackToTheFuturesque sort of way, Headlines that once appeared to tout the privacy of Bitcoin slowly began to transform into ones that questioned it entirely. And this is rightly so—because as with any new technology, it is a double-edged sword, something so powerful that can be used to liberate, can also get used to enslave, and this is baked into the very duality of nature and natural law.

So, where are we now? Bitcoin and all other cryptos have become an existential threat to not only the Federal Reserve but also various other central banking institutions all across the globe. Congress is actively getting lobbied to outlaw not only encryption but also the Federal Reserve's competition. And in the same breath, the central bank would like everyone to mass adopt its crypto, which will come with a type of KYC that can never get discarded.

Funnily enough, whether or not you hold any stock in the Bible. In the book of Revelation, chapter 13, verses 16 and 17 accurately predicts that: "no man might buy or sell, save he that had the mark, or the name of the beast, or the number of his name." Now, I do not claim to know all of the mysteries in the bible. Or, for that matter, why it is that some of these prophecies appear to be coming true.

I don't even claim a religion. I will say one thing though; there appears to be a very accurate prophecy unfolding. Either that or someone wants to make it look like this is what's happening. (1.) Whether it be H.R. 6666 (the TRACE Act) that wants to test, reach out to, and contact everyone under the pretense of public health and safety or (2.) Microsoft's patent WO2020060606 (World Order 2020 666) that wants to harness the power of human activity to mine its cryptocurrency, rest assured, something wicked this way comes.

To add a little more to the dumpster fire that is the above paragraph; there is a quantumdot technology for vaccines whose identifying mark uses a bioluminescent technology. The substance in which causes it to illuminate is called Luciferase, so you can make of that what you will. And to add just one more cherry atop this cake of insinuations is the fact that one of the COVID testing company's calls itself Ipsos MORI, which in Latin translates to "they die," or so says Google's translation service.

If you conclude that the above is superstition, coincidence, or that someone is artificially accelerating bible prophecy; What you may find even more interesting is the practical ways in which blockchain tech can seize our freedom right from under our collective noses. The sad part is, by the time we realize what's going on, it will already be too late.

Free money will get splayed out in front of your face amid a failing economy with little to no jobs to be had. You will get offered a mark, not a Deutsche mark, but a unique identifier that permanently anchors your physical body to a blockchain account, and this is where the new slavery begins, this is when banksters will be able to exercise penultimate control over anyone. It's when the horror of Skinneristic operant conditioning will rule the day, causing you to rue the day that you voluntarily opted in.

VIDEO: YouTube.com/user/poweltongardener/videos
Thanks for stopping bye!
Comment, UpVote, Follow, ReBlog!
The image above is brought to you courtesy of Pixabay.
Delegate [100|200|300|500|1K] to @informationwar! ☑
#deepdives #palnet #blockchain #slavery
11 months ago in #informationwar by thoughts-in-time
100%
-100%

The fed has to buy coins at face value from the treasury.
Every dollar of coins you hold is a dollar taken directly from the overlords' pockets.

I think that shows the price it cost them in coins to print various notes.

If you look closely you will see it state coins are bought from the treasury at face value.

Hey, thank you for that!

You are welcome! Interesting take on the future of the blockchain.👍