Well, I can't believe how much we've done to get to this point, and am so freaking excited it's finally here! Hive-Engine is leveling up by rolling out our decentralized back end!

Hive-Engine is a layer 2 smart contract platform built on top of the Hive blockchain.

You use your keys to post to Hive, we have a separate node that reads the stuff you post via custom json and interprets it to make your Hive and Hive-Engine tokens turn into programmable money.

A smart contract is a snippet of code that programs tokens to perform certain actions under specific conditions. You can essentially pre-sign your consent to participate in an action so long as those conditions are met.

Hive-Engine is an open source project and run off of one node and others can verify the authenticity of the data. We're moving to a witness system with 7 main witnesses and backup witnesses where the network is reading off of many servers and ensuring they are operating in tandem while each independently verifying the data.

Lots of people don't necessary care about "decentralization" so much as the benefits. In this case it's impossible for a single server to get hacked or corrupted and suddenly alter balances... It makes it so that multiple servers are verifying the data simultaneously. It takes unilateral power away from Hive-Engine and places it into the hands of many servers running simultaneously by different people with different personal objectives.

So, what do people actually do?

On Feb 3 at 1am UTC we're going to undergo scheduled maintenance. The server will be down, we're upgrading to the latest code base and we're taking a snapshot so that it's super quick for others to get up to speed. We'll issue instructions on how to run a node and how to vote with your staked WORKERBEE to determine who the main witnesses are. Then we'll fire it up, give it a day or two to make sure it's all working as planned and then deploy the witness contract!

Will I see a difference?

Hopefully you'll see no difference with the possible exception of slightly better uptime and response time of the website which will have many options to pull from for data. Otherwise, it should just be an invisible backend change that should give a lot more trust to the platform.

I want to run a node and be a Hive-Engine witness. What should I do?

@eonwarped will put out a detailed instruction post before Feb 3. Follow those guidelines and start bugging people with WORKERBEE to consider voting for your witness.

Are these the same people as the Hive witnesses?

They might be? But it's a different set of witnesses that may or may not have overlap with the current witnesses.

What do these witnesses get paid?

There's 100k BEE that enters into the ecosystem every year that's distributed to the witnesses. It's enough to pay for the servers or get some free token creation out of it. Hive-Engine is still very inexpensive to run as a node under the right conditions. I think Reaz is making a post about those conditions soon.

Well, after the decentralized network goes up we have a bunch of people working on different things.

I want to support development, how can I help?

If you're a coder you can code smart contracts. If you're not that's ok. If you have money you can buy BEE, WORKERBEE, or farmfarmer.farm/mythical.farm NFTs or vote our DAO proposal.

Hive-Engine is getting a P2P network. Node upgrade on Feb 3rd. Live P2P and witness contract later that week.

Thanks for checking us out, and please celebrate with us and the new witnesses as we roll out Hive-Engine 2.0 on the layer 2!

Noice, 'This is the way.' @emrebeyler

Thanks for putting it into terms us commoners can understand!

are there any examples or instructions to code smart contracts on hive engine, test them and then deploy them?

Congrats for this work, I think that will be very important for HE and Hive.

What tokens will be available, WAX could be included there?.

Thanks for the update. Kudos for the work you have done. Hopeful that Hive-Engine will get better and better for all of us users. :)

thanks so much for the hard work!

Adding ERC-20 Token is really interesting. I will follow that update !! 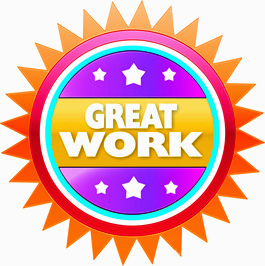 Thank you very much for this explanation. Will WORKERBEE still be used to mine BEE?

I'll keep an eye out for what Raez has to say about running a node. Might be interesting to try.

Really excited to be one of the first witnesses! The test has been going great and proud to be apart of it!Kinda great timing with Hivecommerce mining and HiveHustlers.com launching all at the same time! It’s awesome how the universe works that way!

Hey @aggroed, here is a little bit of BEER from @detlev for you. Enjoy it!

Superb news, especially if somebody make a professional exchange...

Hey @aggroed, here is your HYPNO ;)

Going decentralized is just the best news I can hear about Hive-engine. Moreso, the smart contract token would be a big product again from Hive.