Today I wanted to let loose about people who just bury shit to bury it. Pain in the ass! 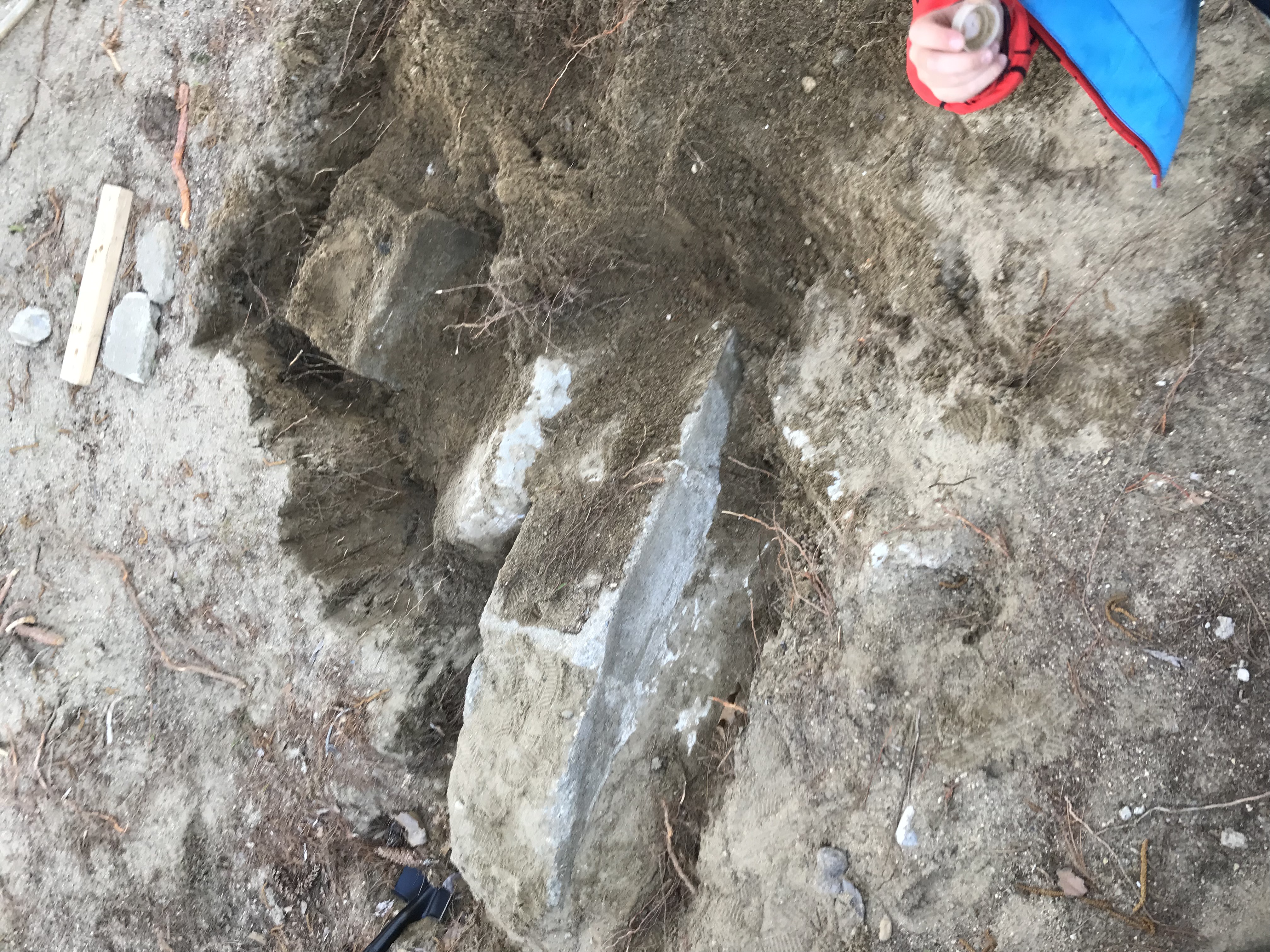 Growing up, I remember my parents back yard and all the shit that was buried in it. There was a fucking refrigerator buried down there! It’s crazy that people won’t dispose of something properly so instead they bury it.

The same is the case at the lake house. I get the reasoning behind what her uncle did, he wanted to prevent land erosion so he buried a bunch of stuff there to stop that. The land eroded from lack of use and there were some snowmobiles that really destroyed things so that’s the bigger cause for the erosion. Nowadays though, it’s just incredibly dangerous because of the way the things stick out of the ground. We are so glad that the little man hasn’t tripped and smashed or broken anything from it. Then there’s the hundreds of shards of glass all throughout the area.. thankfully I enjoy doing the work and it gets us to be physically active because otherwise it would be brutal lol.

The last few sections of stuff that we are digging up are proving to be the most difficult! We were getting really lucky with the small cinder blocks and stuff but this one is a legitimate section of a foundation or something. It’s huge! Easily 5-6 feet long and fused together with cement so it’s going to be heavy as shit to move. I’m probably going to have to bring a hammer and chisel and break it apart into sections, wearing all the safety gear of course. God knows what’s in there lol.

Thankfully when we were working through getting the crap out, as I was uncovering more of the vast amount of cinder blocks, I was so lucky to figure out the two biggest pieces here weren’t connected by cement! That was such a relief, I honestly wasn’t sure how the hell I was going to get the thing out if it was lol. It was heavy for sure but not that bad that I struggled to stand it up. I’m going to figure out how to move it out and throw it down into the water as some more stuff the fish can have fun swimming around. Either that or I’ll leave it on the beach maybe. It’s a pretty good big flat piece so it might be nice to have! I think now that I’m typing this we might keep it down at the edge of the water as a spot to put a chair and not sink into the sand.

The 2x4 is put in here for scale to show you how big these damn things are. The little man helped me use that with leverage and got the idea and word correct for it. It was great! The other thing we did when we were up here was plant a spruce tree. We got the tree for free from a store that was going promotion stuff for kids and we figured why not, let’s plant the thing. We weren’t entirely sure where we wanted to plant it, we don’t want trees all over the property because that means we have to cut them down as well at some point if they are too close to the house lol. Thankfully we had a spot near the water for this one and it wasn’t in the way or anything. Got a little hole dug and in she went! We are going to have to come back every day for a few days to water it if it doesn’t rain but once it’s got it’s roots in the soil around, the thing will go wild! The trees here, since it has such easy access to the water, grow at insanely fast rates! We’ve already seen a few new seedlings sprout up so we are going to rip those things up lol. 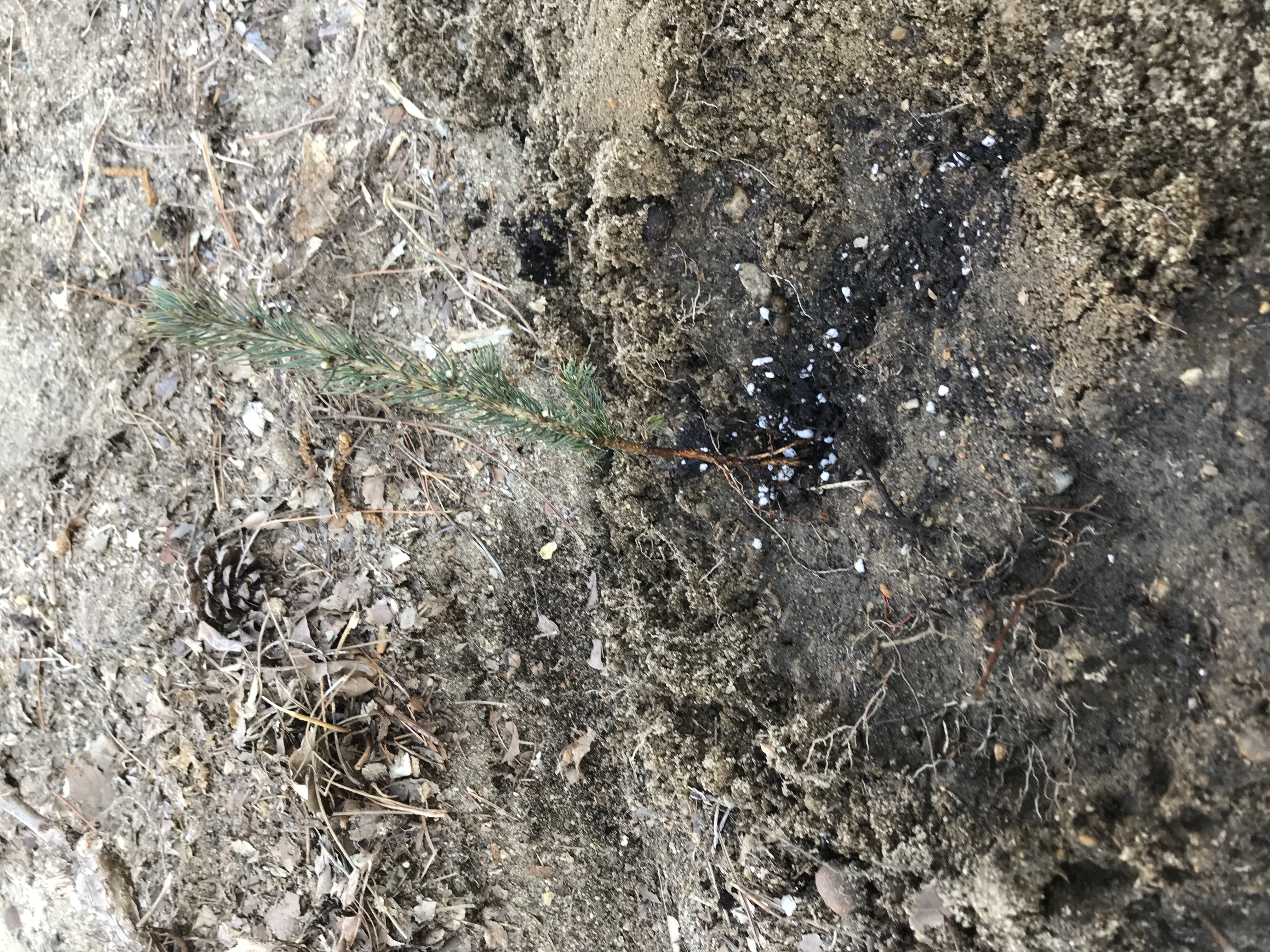 The rain has been coming pretty regularly here and it’s been nice, the lake is filling back up! We are going to try our hand at fishing this weekend so it should be fun. The water is almost touching the end of the dock here so it’s great that I put all the cinder blocks underneath the end of the dock, lots of areas for the little fish to hide now so hopefully we can get more big fish to give it a try! I would love to get a little structure around the area for the fish to spend time, not at all for my desire to catch the things I swear. Do you want to get paid, in crypto, for searching the internet? Try using and signing up for Presearch to earn some great crypto! I've currently got 2,390 PRE tokens, with a market value of $248.13. It doesn't sound like a lot but when you search using sites like Google you get paid $0! Join Presearch to break Google's stranglehold on the internet searches. If you'd like to sign up, use my referral link!
https://www.presearch.org/signup?rid=513043