farizal in Actifit • 10 months ago Hiking a mountain for the first time was pretty challenging. I thought 3 km upwards wasn't a problem because I use to walk further. 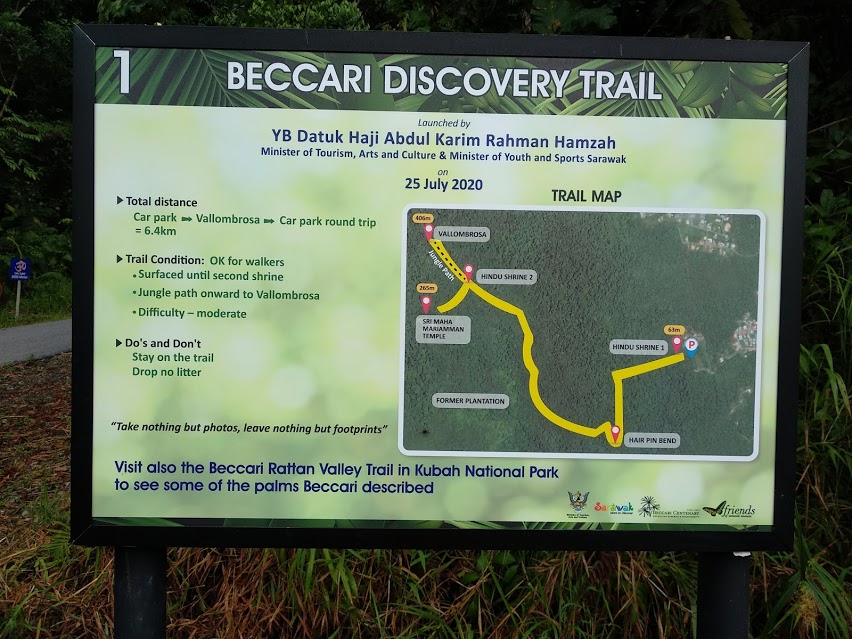 A Brief Introduction About The Trail

The location where I hiked was recently restored. More than a hundred years ago an Italian Naturalist, Odoardo Beccari use the trail for his research.

Then a few years later the mount became a coffee plantation with workers imported from India. They also built a very unique Hindu Temple on the peak. It was made entirely of local Iron wood.

In the early part of the 20th century the whole plantation abandoned because of mismanagement. The settlers and Indian workers left the place.

People forgot about the temple until it was rediscovered by date in 1967.

However the temple was only restored in the year 2007.

Back to My Hiking Report

It took me an hour to walk until the end of the 3.2 km trail.

The sweat was worth it because the temperature was milder compared to the tropical heat below and the air was very fresh. At the peak I was rewarded with a breathtaking view of the mountains next to it and the unique Hindu Temple.

After a few minutes rest near the temple I walked down hill with the feeling of achievement.

very impressive, beautiful country, thanks for sharing!
You're a fantastic place to hike, congratulations on your Very good @actifit Steps today!

You have been rewarded 56.9 AFIT tokens for your effort in reaching 12214 activity, as well as your user rank and report quality!
You also received a 0.85% upvote via @actifit account.
The following boosts were applied to your post: