Been awhile since I posted... :)
But we've been getting some awesome sunsets, hence this "burning desire" to show them off, and so I'm back! No idea if this is going to be regular posting or not.... see you when I see you, I guess! ;)

Let's start with today's, then maybe we'll do some recent collections later. Maybe....

Twilight tonight, not three hours ago (which turned to something like six hours ago, sandwiching an impromptu movie in between...) So, they're still fresh, from the camera. Taken these from 7.09 - 7.27pm, spanning less than 20 mins. As usual, these are shot from my home front window, looking towards the city of Kuala Lumpur. One view, many scenes. 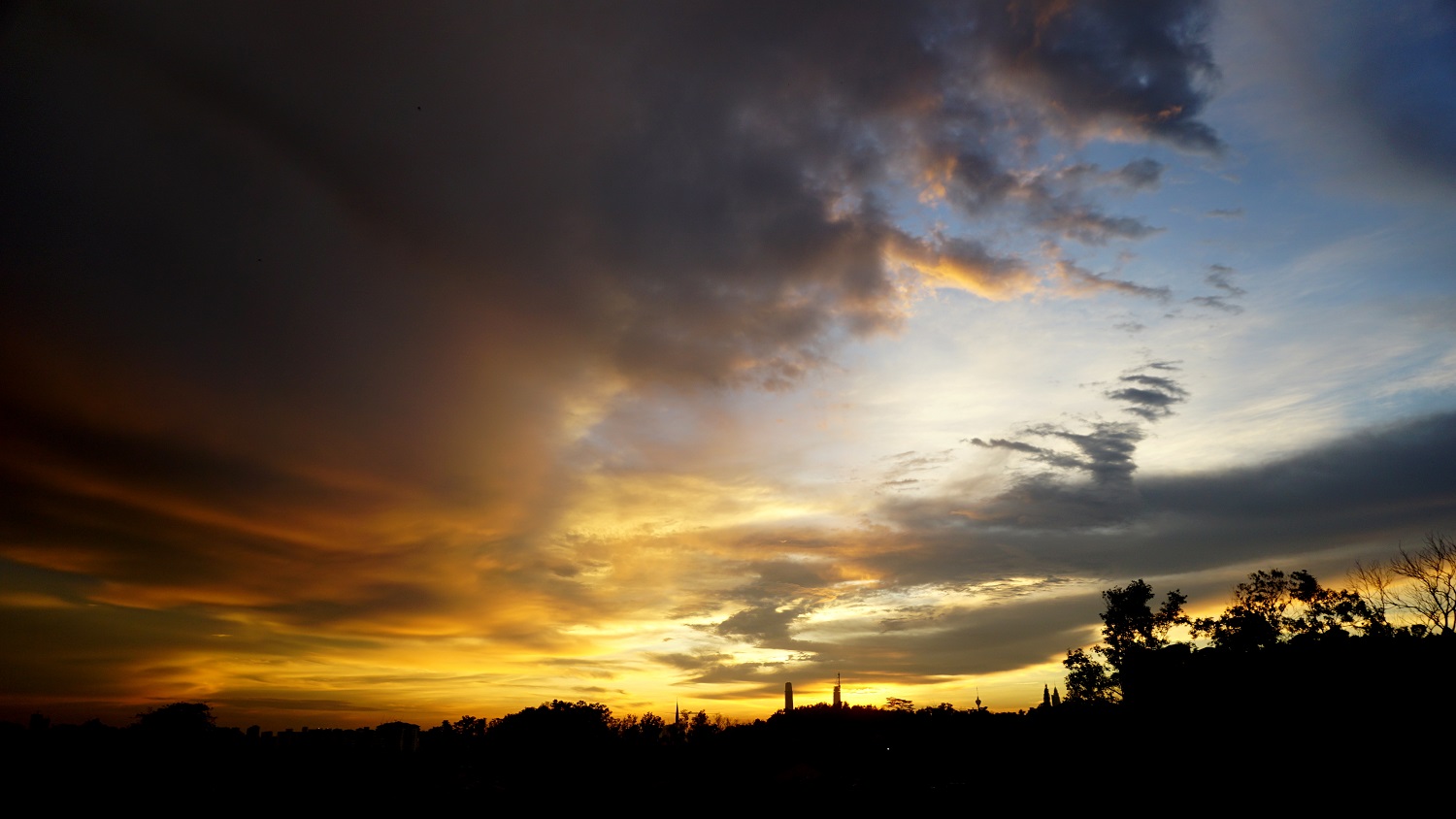 Is it just me, or do you also see some sort of Arwen's water horses in profile (from LOTR of course) on the left there... thought I see that bare horsey burst of fury coming from stage right... 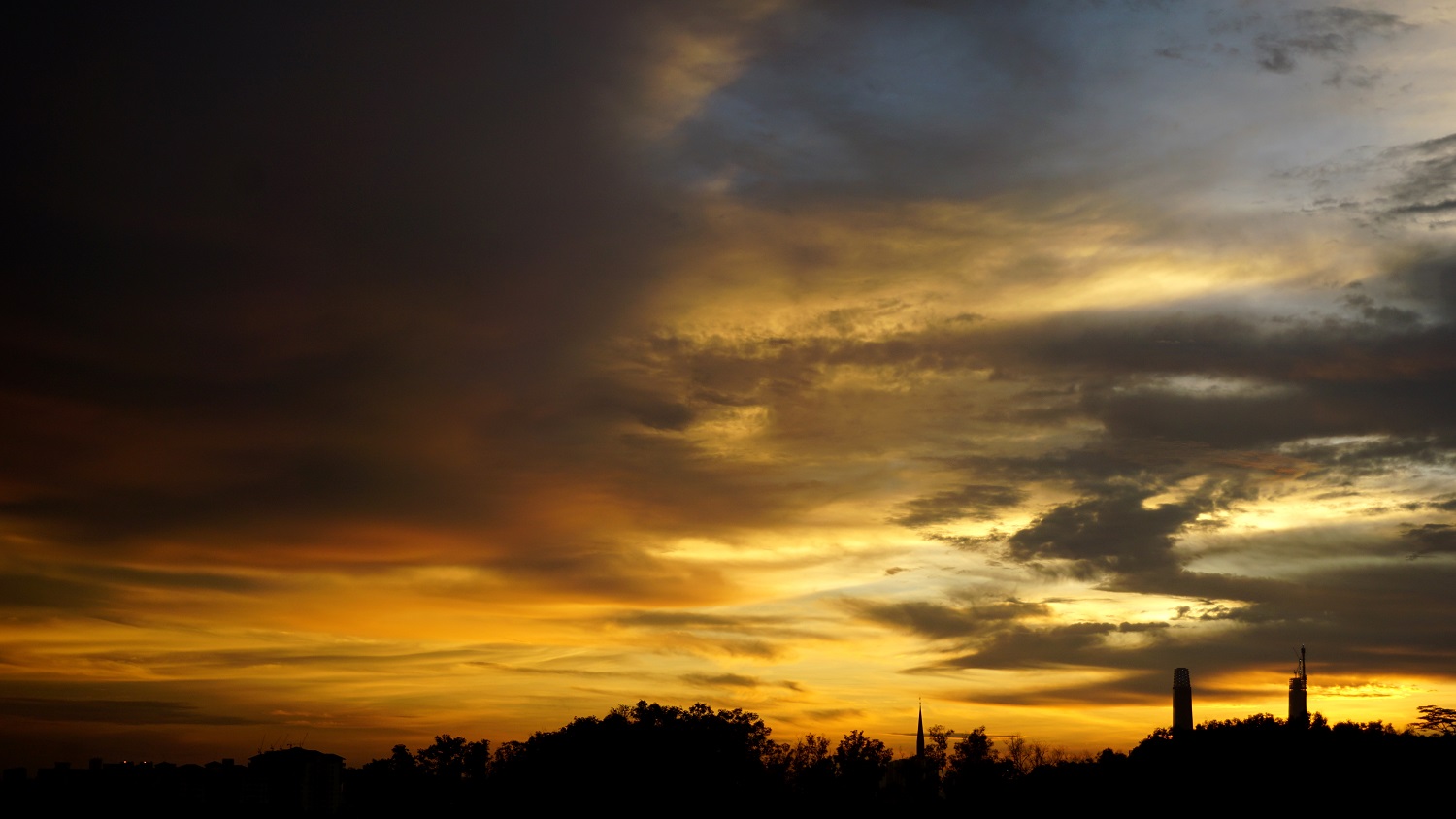 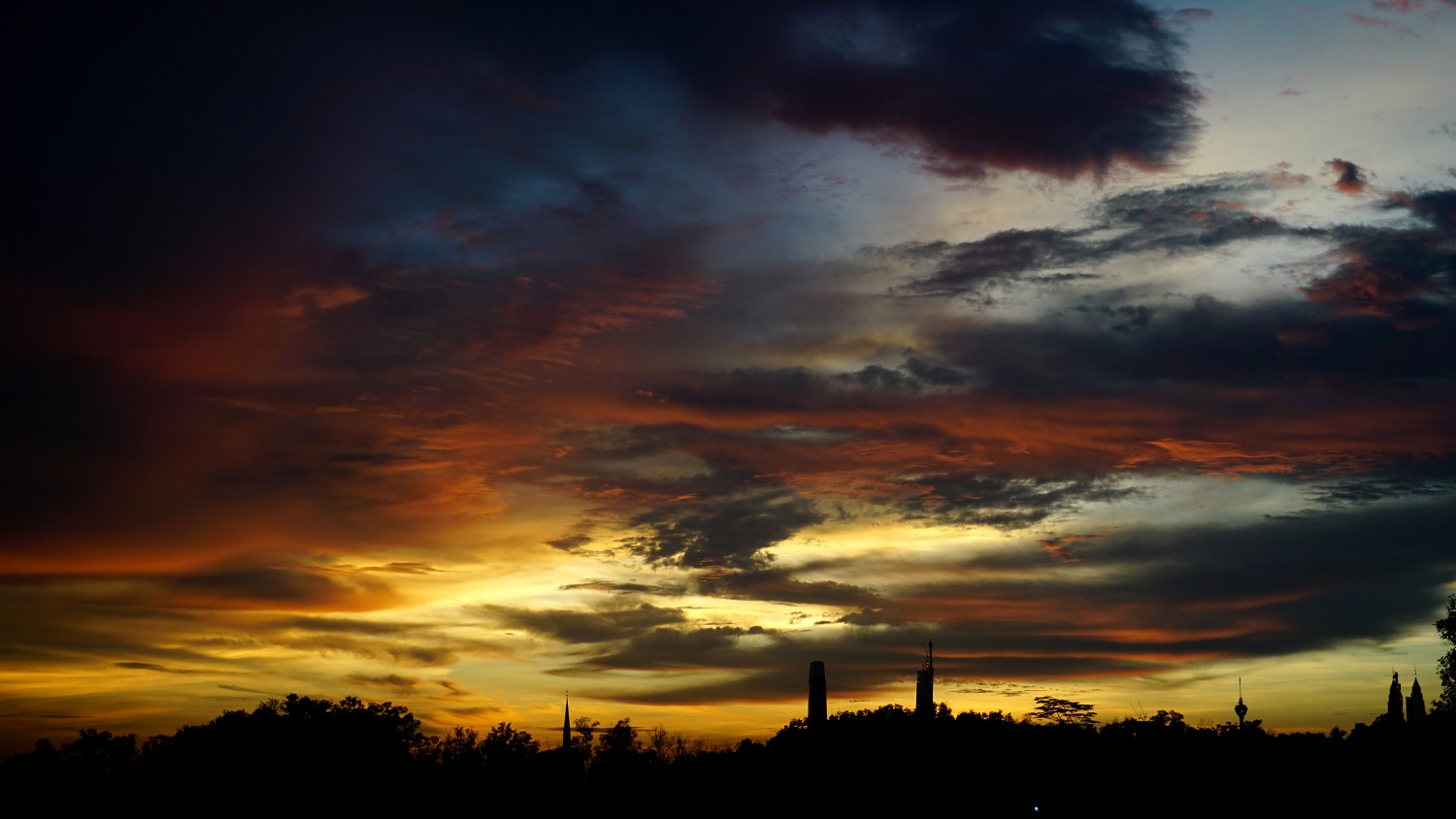 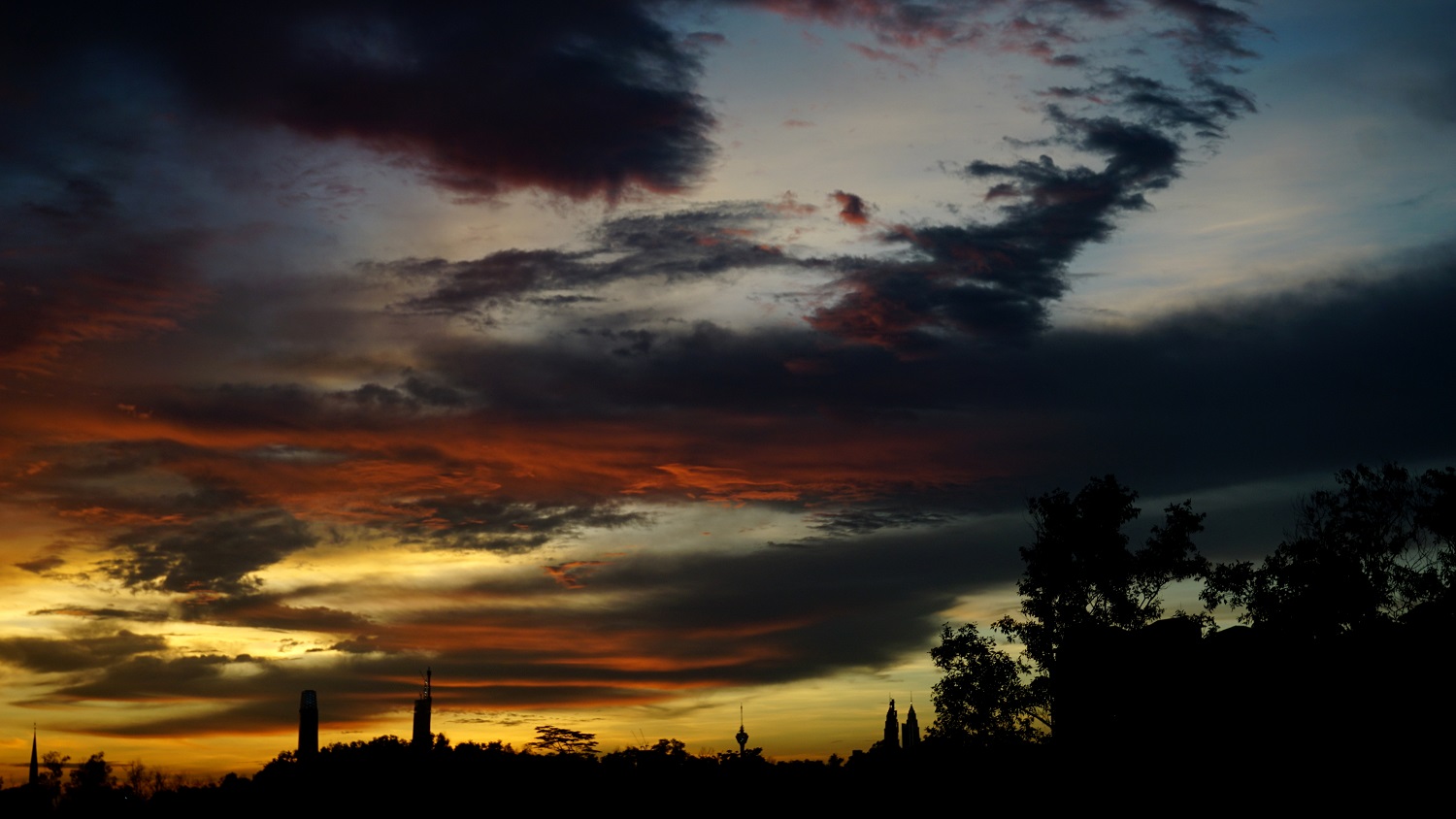 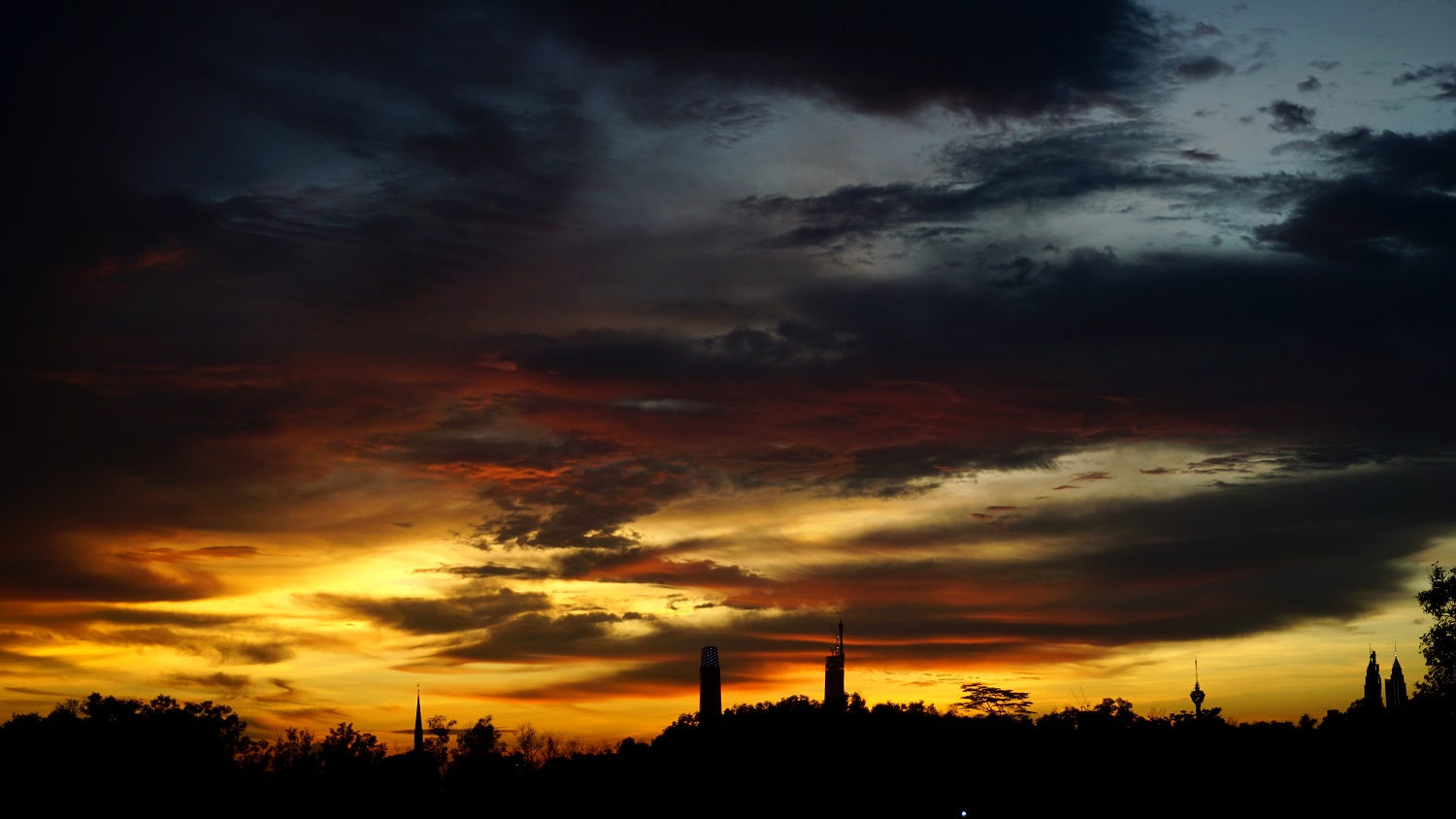 City sights in silhouette from right: Petronas Twin Towers, KL Tower, Merdeka 118 (still under construction), The Exchange 106 and a nearby mosque minaret 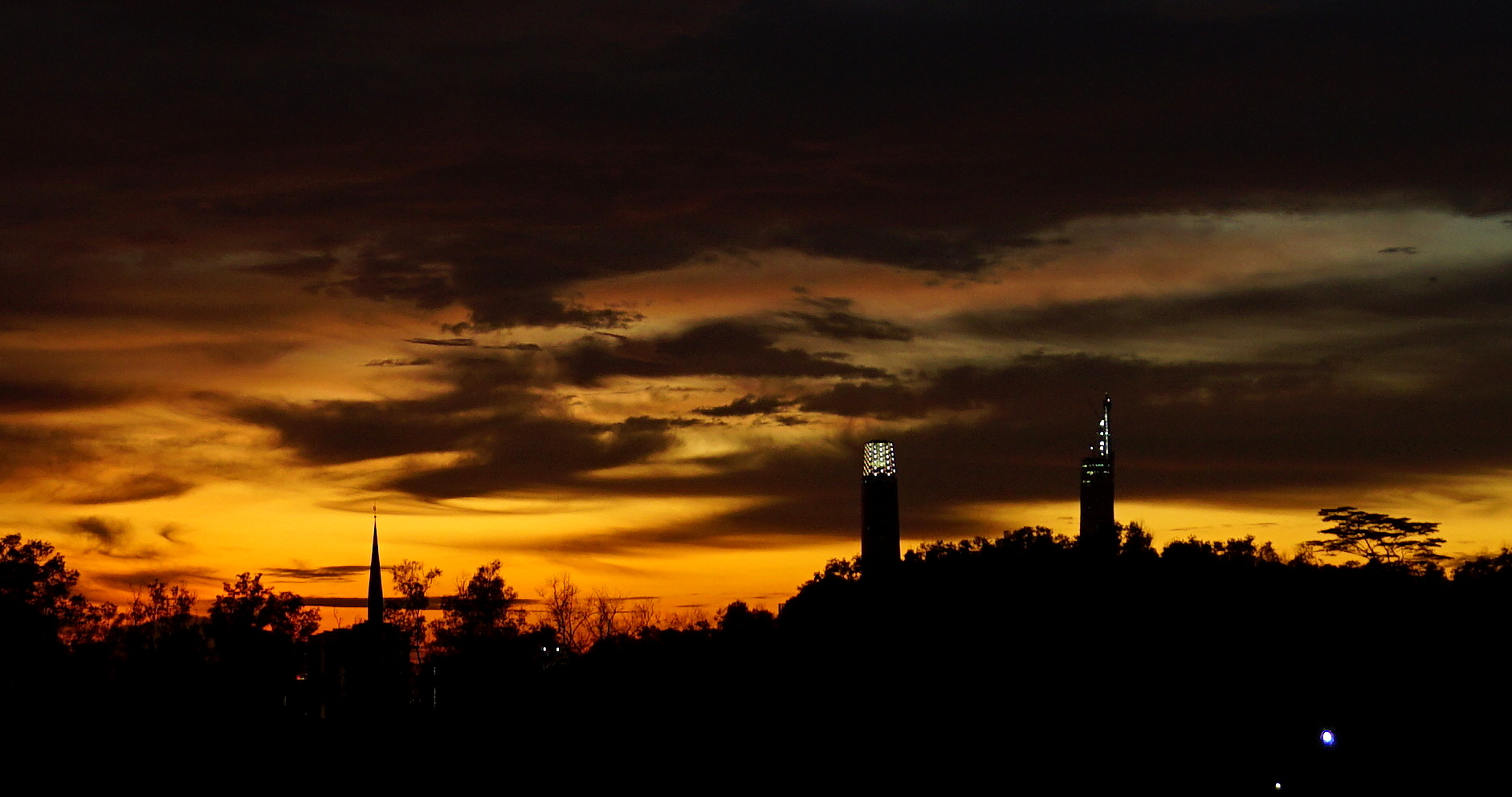 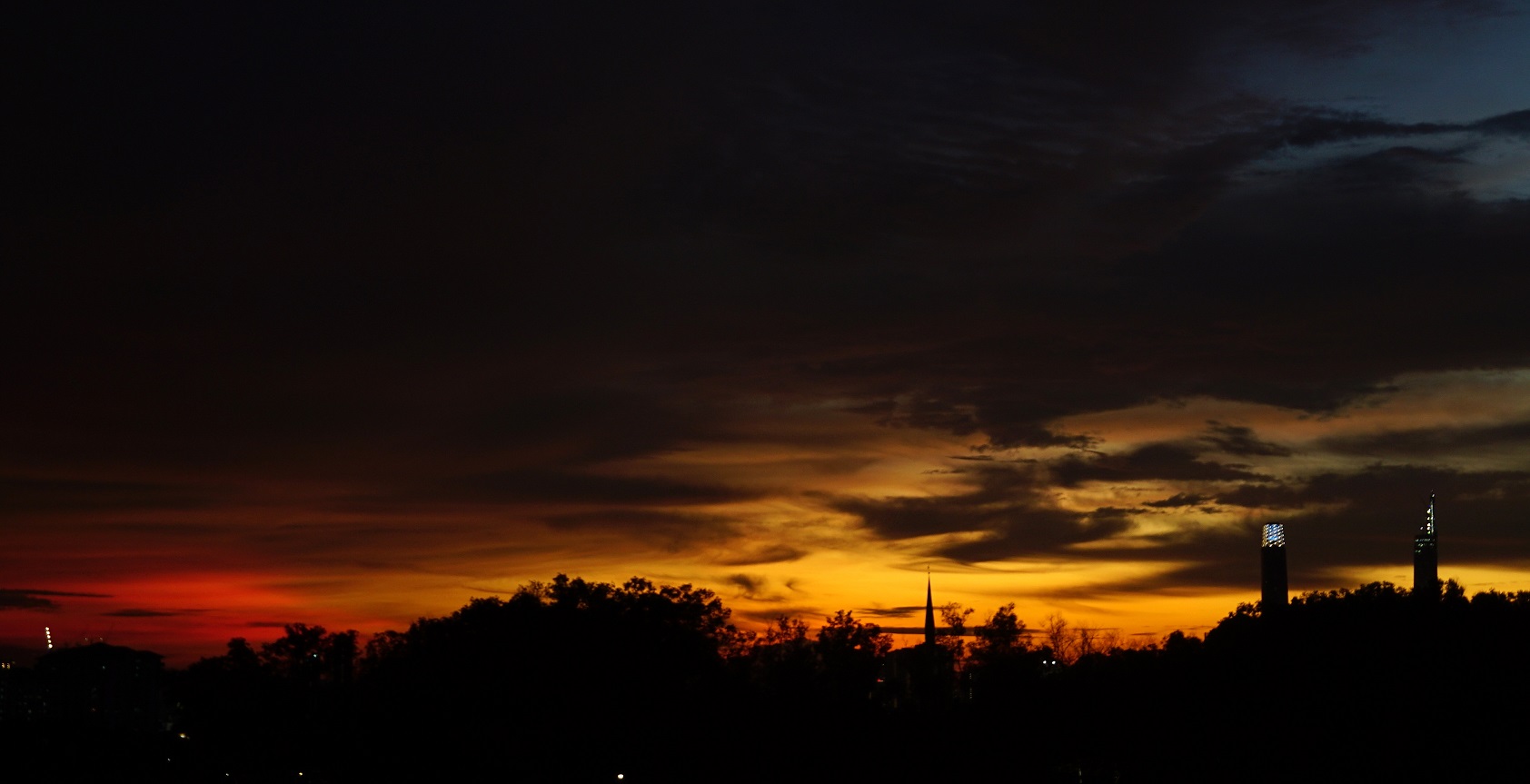 
It actually gets prettier after this, but a little too dark for my camera to capture the beauty - just not happening for me... So, I better quit with just these. Hope you enjoyed them.

by the way the sunset shot looks very beautiful,,

Hi @deltasteem, I am good, thanks! Hope you are staying good and healthy too.
Glad you enjoyed the photos, thank you!! :)

Beautiful!!
We really do have some great colourful sky lately!

Thank you, @joelai!
Yes!! After the rain, dark gloomy grey skies, the fancy sunsets are back... with the heat! :D

Long time no see...
Great to be back.
And nice pics by the way!

Your magic window still works! And it is showing glorious sights! Thanks for sharing this!

It actually gets prettier after this, but a little too dark for my camera to capture the beauty - just not happening for me... So, I better quit with just these. Hope you enjoyed them.

Yes, I do. Although the Sony A5100 is a quite expensive camera. It costs literally more than what most people earn with a full time job in my country (Hungary). I would expect proper photos with a camera like this, even in the dark.

Am glad you enjoyed them! Don't get me wrong, it is a very good camera - I have yet to totally utilise all its functions! Perhaps I wrote it wrongly... I meant the one handling the camera, i.e. me, was not fully prepared to manage shots in the dark. I shoot free hand, without a tripod which darker shots with longer exposure would require. Long exposure would be what I want to excel in next! Thank you for your interest and for dropping by.

That is indeed a challenge, which I have not tried. I currently do not even have (and have not had so far) equipment for long exposure photography. Good luck with it.

Good to see you back!

Thank you! :) Everyone has been giving me a very warm welcome back... lol

Awww, meeoowwww to you too! 😻

who doesn´t want to see the view out of the magic window? 😉

What a beautiful sunset it is true that the clouds add character to the photos. Me too this evening I made it in various places. The photos are beautiful thank you.

Awww, thank you very much! I'm most fortunate I get many good sunsets right from my home front window. And yes, clouds are one of the main stars of the show, always... :) Will try to check yours out soon.

I have a question in your post in the distance right are the two towers skyscrapers? And on the left the great tip quesque is?

Yes, the two towers are the Petronas Twin Towers - Petronas is our local Malaysian oil & gas company - I believe it is still the tallest twin towers in the world, next to it the 'small' tower is the KL Tower, another two between.... These are in the city limits. Then at extreme left is the pointed tip of a nearby mosque minaret - that mosque is only about two mins drive from my home.

its gives an incredible effect. I am looking for the very last sunset a building or buildings against the light. I like this type of image.

Haha... yes, dark drama clouds as I like to call them, make dramatic scenes... ;)

hello my dear friend. how are you.
very wonderful colors and your style.

how are you my friend :) love your photography and syle.

Now look at those colors! I will never get tired of looking at cloud pictures, they make me appreciate life so much more.

So true... I agree! Nothing like nature to make one appreciate all life has to offer us!
Thank you, @creativemary! :)

oh my
so dramatic forms and the coolros

you're right even part of them will look great in BW as well :-)
for me, these forms and the expression (the drama in your images) are stronger and much more weighty then colors :-)