My Personal Feelings About Police Officers. 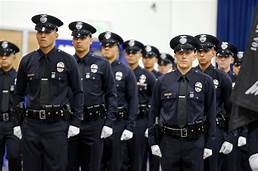 Food for thought...in the last 15 years cops have killed over 12,500 people. There have been 3 murder convictions, 99% of the time they aren't even charged let alone convicted. How does anyone justify these numbers? Americans ALL need to wake up and hold accountable these "peace officers" that are supposed to be protecting and serving our communities.

I don’t want to start anything on here, but there is a factor of white privilege that is present. Please acknowledge that you don’t get profiled because of your skin color. There are minorities that are persecuted not for their actions, but for who they are. Like you said, you were speeding so you were pulled over. How would you feel if you were just driving and got pulled over? I’m glad that you are acknowledging that there are good and bad cops. We need more good cops that are willing to step up and call out any bad actors.

I will say, I don’t agree with the destruction of property, but it’s a minority that are causing this destruction. These people are not part of the movement they are Opportunist who are hurting the message. In the end property can be rebuilt, but lives cannot. I know this does not justify these actions, but hear the message we are a nation divided. Thanks for speaking up and hopefully we all can keep an open mind and do our part to come together.

I recommend reading between the world and me. As a white male, it provided a strong message that really made me think. I’d love to get some more open conversations about race and privilege going on Hive.

Unfortunately, banksters engaged in redlining. I don't know why they did it, it could have been racism, or it could have been due to crunching the various numbers. Even today, insurance companies will charge men more than women for insurance, and it's because of hard statistics that show men are more inclined to drive shitty. As a man, I could look at this and say that females ought to "check their privilege," but I don't do this, because I know the different sexes act differently on the roads. Testosterone is a big influence when it comes to engaging in risky behavior.

So, we have to ask ourselves, why did the banks do the redlining in the first place? Redlining was discovered and coined in the 60s by John Mcknight. He made an observation based on the truth of the situation. Segregation was outlawed in '54. This means, at the time, many black children didn't have the opportunity to pursue a higher education if it required a loan, and this is because parents of said children were less likely to pay back the loan. After all, if they weren't highly educated, to begin with, it means their employment situation made them poor candidates for receiving a loan because they were less likely to be able to pay it back.

The entire situation is very complex and involved. However, if you're going to single out white people and say that you're privileged because you're not institutionally discriminated against, that means, in your mind, you think that discrimination is okay. You need to identify the discrimination and point out that as the wrong. Don't blame people who might not be discriminated against for being born white, that's racist as fuck.

The fact of the matter is that redlining created impoverished minority neighborhoods where black people are the majority. If you live in said neighborhood where blacks are the majority, this means that when you witness police brutality, the odds are very high that it will be against a black person. All I can say is that the problem is way more complex than wagging the finger at some random whitey and shaming them for not being discriminated against.

Everything is cause and effect, and the effect of calling people who aren't discriminated against racist for not checking privilege is going to be a lot of pissed off white people. This is because people expect to be treated decently. Imagine this. Imagine back in the day when black people were pushing for civil rights if they went around needling white people and saying check your privilege. What do you think it would have accomplished? Do you think it would have furthered the cause of the movement?

It wouldn't have, and that's because it's only right to treat people fairly. This is why there was a push for equal rights, not some batshit crazy campaign of calling on people to "check on their privilege." Currently, the argument is framed, all funky and wrong. And this is causing freeDUMB fighters to spin wheels and be agitators as opposed to making progress and doing the damn thing. Good folks gotta look back to MLK and examine his method and tactics. He did the damn thing, and he did a good job too. All you have to do is look at the results. He was a peacemaker, not an agitator/provocateur like social justUS warriors today.

Well said, I think police should have to recruit from their city. This way, cops aren't unnecessarily fearful of their environment. A lot of the drug laws need to be rolled back, especially in the case of marijuana. A big focus needs to be on community policing, and that would cause people to be more helpful. If the people know the cops have good intentions and are more focused on violent criminals, we wouldn't need as many, and the ones we do have would be cherished for what they do.

There are so many ways they can fix law enforcement, but it involves looking at drug abuse as a medical problem and getting cops more focused on being peace officers, rather than police officers, or revenue agents for the city. What disturbed me, and I didn't learn about this until just a couple of days ago, was this. Whatever is going on there doesn't seem right, but half of it is due to the stupid laws that cops are required to enforce.

If someone wants to screw themselves up on drugs or alcohol, so long as they're not driving the roads or acting violently towards people, it doesn't seem like a police affair to me. Yet the onus is on Congress to change the laws, and I think the reason some of these laws are installed in the first place is that making some of the various substances illegal creates an extraordinarily lucrative black market that many competing entities are hell-bent on capitalizing on. It's almost like we have a built-in racket for the various pharmaceutical companies.

I always found the US cops OK, I think they liked my British Accent. I'll take whatever advantages I can get.