raymondspeaks in The City of Neoxian • last year (edited)

Welcome the the Weekly spectacle

We get down and dirty with the inhabitants of the great Neoxian City and investigate their daily deeds. Here you'll read juicy up-to-date gossip as our ground reporters rush to the drama as it unfolds, where ever it may be. And when there's a city with @burlarj and @xawi in it, there's sure to be lots and lots and lots of it!!

Sorry it's a little late this week. I've been caught up with other things. In the words of the outstanding and brave Whaleshares team: "Big things are coming"

@xawi is poor and worries about her reputation

This week is two stories rolled into one for our dear xawi, so we'll try our best to sandwich them together in bite-sized chunks so that our readers can easily digest.

@xawi, our beloved throne-dragon that sits in the epicenter of the entirety of the Neoxian City drama was crying today because she was poor. With only over $5000 in combined Splinterlands assets she feels that she deserved more.

Who will accept me now? I only have enough money to power a small African village for an eternity. That's not much. I'm so poor, boo hoo.

Later, she realised that her reputation was also in tatters, and began to worry that people would think she is having affairs with all the men in Neoxian City, when she clearly states that she only has eyes for her everything.

Xawi threatens to burn anyone with her Dragon-breath that states otherwise!

@simplifylife to join a long list of people that lov... errr, think that @xawi is dumb

In a radical move only just today Dr Simplifylife declared that he thinks that Xawi is dumb, and that he is the person that think's she is the dumbest. He will be the latest in a long list of men that will be taking to the Colosseum to fight over who think's xawi is the dumbest. Challengers include @rehan12, @reazuliqbal, @burlarj, @jonsnow1983,@mango-juice, and a few others.

The winner will receive xawi's hand in marri.... er, the title of who thinks xawi is the dumbest person alive.

Neoxian City Immigrants think @neoxian should give them free money, and cry when he tells them no.

Mr Dragon stated earlier this week that people double dipping on steem won't be getting votes from him. Raged like a Splinterlands Battle Orc, small stake Neoxian City immigrants frenzied into panic and demanded that they get his free money because like, well, he is rich and they are not. How dare you Mr D use your own cryptocurrency in whichever way you see fit. Don't you know poor people's are suffering? You are Hitler! Think about the childrens.

Pope to try and say something after a long spell of laryngitis.

Our dear pope @thereikiforest has suffered several weeks of laryngitis and has only been able to communicate to us via emoji's. In the next few days she promises that she will try and say something well meaning to us all, but gives us no promises.

We will see what happens in the coming days

She waves her holy hands at us.

@mango-juice finds his voice after years of silence

Our very own splinterlands resident, mango-juice has risen out of the sea like the Kraken and has somehow found that he has a voice. He has now found his way to top spot as chatter, knocking everyone else off their leaderboard usual spot.

We thought he was a mute. His name would be there but it's as if he wasn't. We're glad that he's here, and now he's in the race with all the other guys for the innocence cup of xawi! 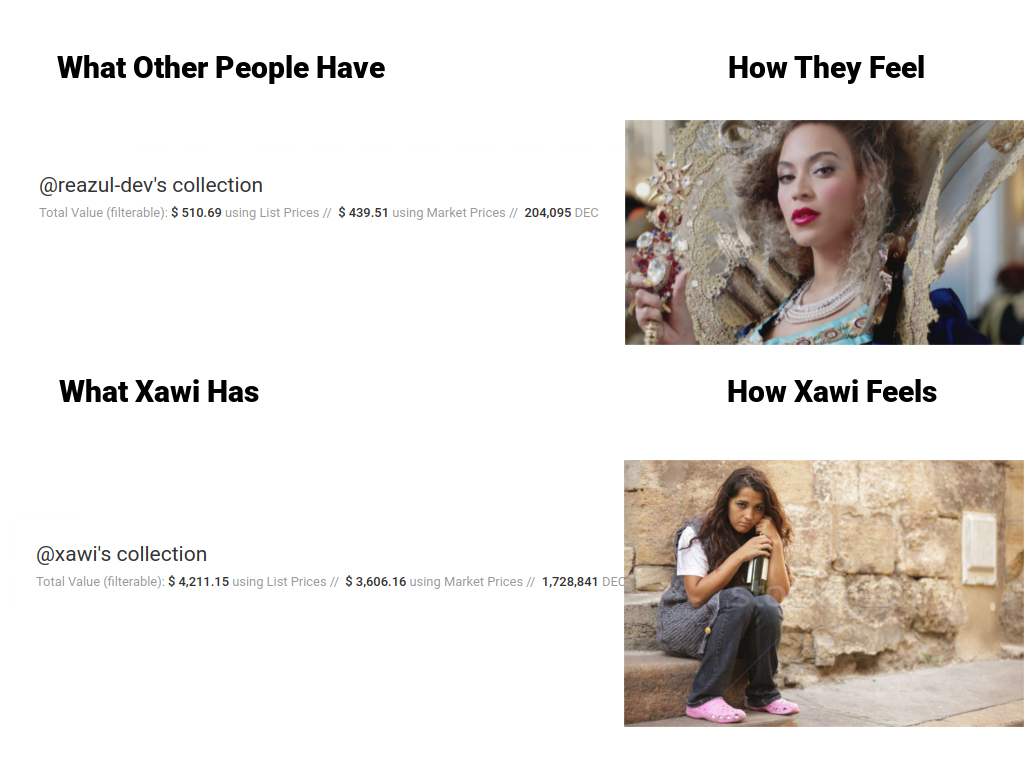 The level of dumbness was too damn high yesterday 😂

Wow nice report. I did miss to see the handsome good looking bro @reazuliqbal. Hope next time when he shows up his face, I'm there. 😉

Lol! I like these tongue in cheek posts. it shows a great bunch of people can really get to know each other and respect one another even in a humorous way.