Hello everyone, this is my entry for the contest, and i'm glad am able to participate. I would like to say thank you to everyone that dropped their comments in the first draft. It really helped me to spot out my mistakes, and now I have made some corrections. Most of the comments were regarding towards adding a dialogue or action into the story, which i did now. Thank you once again, especially to @inkwell for hosting such a great contest. 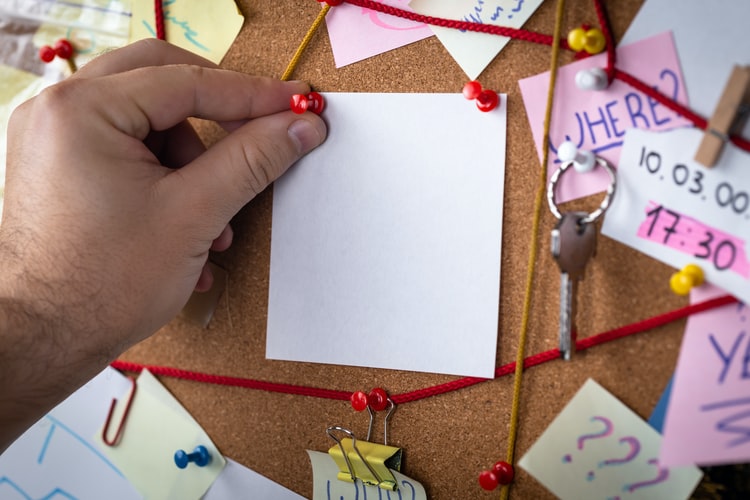 My name is Jessie, an African American lady, who lives two blocks away from my parent's home. Jessie isn't my real name, it was given to me by my foster mother, who found me at the steps of the police station with a tag on which was written my name.

"Her name is Amanda, please take care of her, I'll be back for her."

Those words sounded like a woman who was in trouble and didn't want her child to get involved in it. Well, ever since then, my foster mother told me the truth about my appearance at the police station, and how she found me, I started getting myself involved in the investigation of my biological mother's absence.

It has been 20 years away from my biological mother, 20 years of her not being in my life, 20 years since my foster mother found me, and nurtured me like her own child. Despite her being childless, she showed me what it is to be loved by a mother. She enrolled me into top International schools, having me be trained by the best of the best. Now I can proudly say I'm an FBI special agent to the United States of America, working with a special task force that investigates most-wanted criminals in the states. And now, it's the opportunity to do some secret findings of who my mother was? Why did she have to abandon me at the police station?

With the full resources of the FBI at my disposal, I launched a search for my mother. Starting from the day I was dropped at the station, I began to trace her movement.

I was doing this alone and on my time. So it was a slow task. But very soon, I began to get remarkable results. Well, the results had not been positive, but they were remarkable. I could see my investigations were ruffling some feathers.

They began by threatening my job if I didn't drop the case. When I paid them no attention, they began to threaten my life. That still didn't work because I kept digging tenaciously, getting close to the truth about what caused my mother to abandon me.

It was the moment I discovered she was a Russian spy that all hell broke loose.

When it all came to a head was the night I was attacked in my home by armed men.

I woke up tied to a chair with the light of a table lamp directed towards me, as the silhouette of a man pointed his gun at me. At that point, i thought about one thing, my foster parents. Dying because of the truth. Then i heard my name.

I slowly lifted my head, trying to see who was in the dark, though, my vision was blurred making it impossible for me to see his face.

"I'm here to warn you to give up your search for your mother!" The leader of the gang had ordered when they had managed to subdue me.

"No, I won't!" I screamed at them, nothing was going to stop me now. Not when I was so close.

"You will give up the search." He stated. "As matter of fact, if you don't, we'll come back. Not just for you, but your foster parents. Think about that, your search for your biological parent might cause you to lose your adoptive parents. Think about it, Jessie. And I enjoin you to make the right choice."

They left me not long after. I had gone so far in my search, and now I had to end it all. The lives of my foster parents were important.

I thought it was all over indeed. Until I got a huge surprise.

Two days later, a package arrived at the doorsteps of my house. Inside it was a letter and it was short and straight to the point.

Hello Amanda,
Meet me at the underground tunnel at Broadway.
Mom.

Slowly, I smiled. My effort had finally paid off. It had to be my mom because no one else knows my real name save my biological mother and foster parents.

With a whoop of joy, I returned indoors.

Thank you, @ubani1. We look forward to reading it.

@justclickindiva 71
about 2 months ago (Edited)

Hello @ubani1. I don't know if it's too late to give you my feedback. If so, then maybe you can think about it if you ever decide to continue on at some point with the next chapter in your protagonist's search.

You have a nice investigation story that's suspenseful. Jessie/Amanda goes on a quest to locate her biological mother. That's understandable. Also, she's in a position to investigate it fully with the career path she's chosen. You've given a career path for your main character that's opposite her biological mother - law enforcement vs. foreign spy. That's intriguing, and how it's resolved we don't yet know.

I didn't get a chance to read your first draft. I just went back and read it. I didn't leave any comments, but will address them here.

Thank you so much.
I've made some corrections.

Thank you so much.
I've made some corrections.

Thank you for participating in the contest, @ubani1. I see you've received some additional feedback. You are allowed to make additional changes, as long as they are completed today, August 1. Good luck!

Sure i would.
Thank you.😊