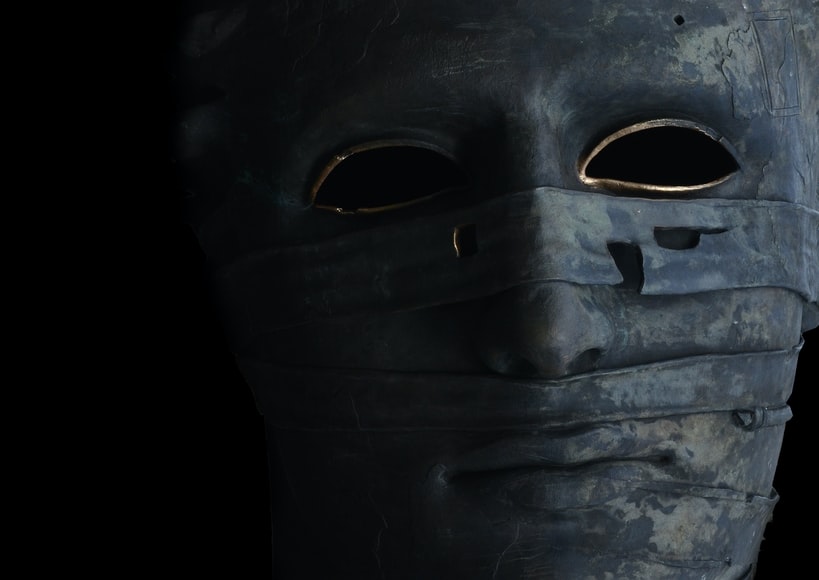 Watching my son Ruben throwing the winning goal into the net. Or watching him called on stage to receive the best science fair award makes me proud as he walks on stage with pride in our triumph.

Watching my son succeed made me remember how my father celebrated the night my football team won the State game. It was a big deal for him and when he saw me, he knew all his past mistakes in life were forgiven because he raised me into the man I am now. The man I have become. And for that, it has made me make great choices in life. I don't care what Ruben decides to pursue as his career in life, as long as it will make him great and happy. I'll be there to guide him till the end. Isn't that what all fathers want? Greatness?

Soon he will be twelve and his taste for so many things is yet to be defined. It took a while for Ruben to find his niche, but lately, he started getting interested in skateboarding and trick biking. My wife, Aurora, always thinks it too dangerous, but I know how Ruben loves doing it, his drive and passion towards trick biking made me set him on track.

So I trained him every chance I got. But for Aurora, every cut or bruise on Ruben's body mattered. To me, if you aren't ready to bleed a little to achieve your dreams, then you don't deserve to win. And that's why we decided to practice secretly, sneaking outside with my son to the open field far from where Aurora won't see us, out of sight. Watching Ruben as he fearlessly bounces down cliffs and rocky slopes that would have to give me a heart attack. Every day he trains, he becomes stronger and more confident than before.

He always aimed to be the best, so that the world could see what he could do and that I was going to be the one who will make it happen. And for this to happen, they are stages for him to follow for his skills to improve into perfection. So he participated in a street trick bike racing competition at Skate Park. Although it wasn't fair since Ruben was Twelve and other racers were teenagers. He slipped up while trying scissors, and was disqualified before he could show off some of the skills he has been practicing. We were both frustrated, but still, I felt so proud of him. I noticed he wasn't happy and felt bad about himself. It was my fault for pushing hard and egging him on to tackle bigger obstacles. I just didn't want my son to quit, so I told him what a father will tell his son.

"Hey Ruby" I gave him a soft hit on his shoulder.

"I know today we didn't win today and we were disqualified unfairly, but still, Son in life is either you give up or try harder. Deep down in you, I see greatness and I know you got what it takes. Son, you can do anything, if you put your mind to it. But for today we go home, celebrate, and try again." I smiled at him.

Just after I said that tears rolled down from his eyes, then he said. "Thank you, Daddy. I love you "

Then we practice again. I shouted when I saw him doing a nose-wheelie, his back tire slipping right before he made the jump, but it was too late for me to act. His bike pitched forward and hurled him straight over the handlebars, twisting the bike around as he flipped. Then I heard the grotesque snapping of his impact, I knew he wasn't going to come out in a good state. It was my fault for pushing him so hard, pushing him to become what I want him to be. It took me ten seconds of listening to his agonized groans before I got myself together and ran down the valley to help him. He landed directly on his head, his helmet did nothing to prevent the neck from twisting hallway around his body under the influence of the impact. I took the first step down the slope towards him. Suddenly, he stood up so fast. He was under an influence that wasn't clear to me. A strong force pulled him up. Slowly, his neck snapped back to the right form with his femur bone back to its order. Immediately his eyes glowed red.

Those words should have brought tears of joy to my eyes, but instead, I froze in the grip of terror. That isn't my son. He was unharmed, not even a scratch on his body.

He hopped on his bike and skipped fearlessly along the hillside back home, while I walked home in shock, marveled at what I saw. I heard a strange voice dissipating in the wind behind me.

For the next few weeks, I didn't let Ruben out of my sight. I drove home to school, picked him up for lunch, took him to his favorite places, just to observe him. But that wasn't enough. Aurora started noticing some strange behaviors in Ruben. Last night she caught him eating a bug. Cockroach, just munching it and looking as proud as a little kitty cat who caught his first mouse.

Another time, I caught him with a bird, holding a pocket knife trying to kill an innocent bird before I stopped him and set the bird free. Then I scold him for that. Trying to take the life of an innocent bird is a mad act.

"Why do you have to do such Ruben?"

He remained silent, as he kept staring at me like he was deaf. Then he said to me, "just curious what goes in there, Dad." He grinned when he said, Dad, stressing the word as if we shared a secret. I couldn't stand hearing him. I turned and left him.

I don't know how he does it, but each time he says those words it weakens me. It was an active taunt, manipulation of the highest order. I turned back in anger and said to him, "Don't ever say that again, else I'll beat your ass until…"

"Yes, until what?" He interrupted. "Until I'm bruised and broken as he was?"

My breath caught short as though someone had reached down my throat and grabbed it.

"Am sure you never told mother what happened that day. Didn't you?" He smiled devilishly.

"Okay, throwing away one son, not his fault, now throw away two?" He said as he wasn't backing down.

"Get out!" I threw my fist at his face hoping it would give him a scar or break his nose. But he hit my fist away and then swung me down to the floor which made me bleed out of my nose. I grunted through the pain. My eyes could barely see the blur of his movement.

"Oh! Don't worry, I'm leaving your son's body." He snarled then made an enchantment.

Immediately, a black hole appeared in the window, and suddenly a strange figure stepped out of Ruben's body. Its face was unevenly stitched together with scars, burns, and unscaled holes that allowed me to see through his cheek. He was monstrous. As he turned slowly. "What are you?" I asked as I was terrified

"I'm Lucifer's son, Numazu from Hell." He laughed aloud, then stepped into the black hole backward. Leaving my son's body laying down lifeless. I rushed to his body and called out his name as I kept mounting pressure on his chest. Suddenly, he sneezed and said, "it's hurt, Dad."

A masterful story, @ubani. Readers will be on the edge of their seats. Very well done.
Thank you for sharing this with the community. We appreciate that you engage with other authors.

I was so angry with the father that I almost thought he deserved having a demon in his son. Almost :), but that was dreadful, and so convincing. You did a great job spinning a yarn with a moral without enunciating that moral.

Thank so much for your kind words. I appreciate 🙏😌

That twist at the end was truly unexpected. The story seemed so wholesome while I was reading it, and then... Bam! Lucifer's son!

I am sorry for the long story. I was lost in writing, the ideas kept coming. Maybe next time i will control my writing.

Thank you so much for your kind words. 😌❤

Um no, I have no complain about the length of the story. I was just surprised by the unexpected twist near the end of the story.

At the beginning of the reading it brought me a beautiful memory that I had not brought to my mind for a long time, after reading more I loved it because my father stimulated me to be a good man and taught me that everything that I wanted to do I could do to be a good man. I thank you for reminding me of one of my father's teachings. I am speechless regarding the others.

Fantastic story, @ubani1. I'm sorry it took me a few days to get to it. I would have loved to give this a nice upvote, but my auto-vote got to it first.

I was so glad in the end, when he gets his son back. I was terrified as to how it was going to end. Well done!

Thank you much for your kind comments and support 🙂