The World We Know: The Inkwell Prompt #13/ Imagination Ticklers 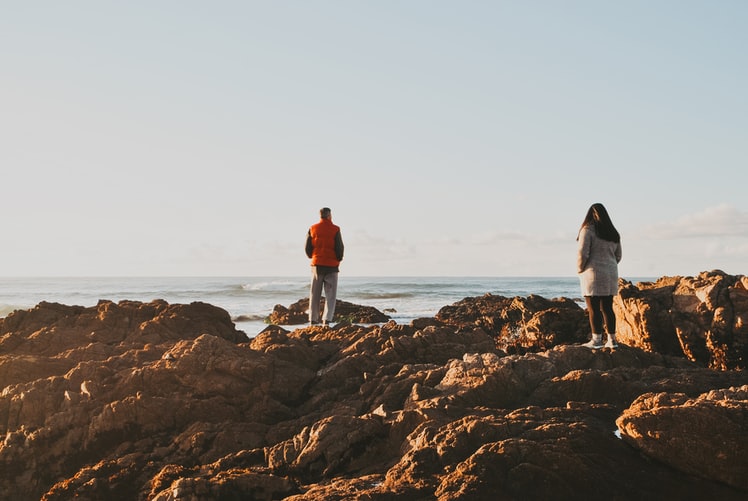 Honestly, I had no idea why my mother was all calm about it all.

"We need to go in and lock the doors and windows." I told her, hurrying up the short flight of stairs so I could unlock our front door.

"This is my motherland." She replied, walking majestically with her head held high as if she had not a care in the world. "I won't be made to run and hide like a common thief."

Exasperated I turned to her, "Mom, this is your motherland. But the world you knew is long gone. It's not ours anymore. You need to get used to it."

I opened the door and before she could say a word, I pulled her in. Then I quickly shut it behind us. I hurried on to the windows, locking and bolting them all.

"Am not going to live like a vampire in my own house!" She cried in rage, "open those windows at once!"

"I'm sorry Mom," I told her, sliding the last bolt home. "I'm gonna have to disobey you on that. And come to think of it, what you did was wrong and uncalled for."

"I'm on our side. So I'm looking out for you and me. And kicking that Police Officer was bad. You could have hurt him real bad."

"Oh, you mean I could have hurt it." With a sigh, she lowered herself onto a chair. "It had it coming. They all have it coming to them."

"Mom please," I knelt before her, taking her hands. "It's talk like these that sends people to prison. There's been a transfer of power, we need to deal with it. For now, our biggest worry should be surviving this government. Not kicking at the authority."

"I will not apologize for that." She told me pointblank, "I refuse to recognize their authority."

Suddenly tired, I got back to my feet. "Then I guess we'll be living as fugitives for the rest of our lives. Always on the run."

She looked away and I too walked away. Angry and frustrated.

My mother was still fixated in the Old World Order, refusing to acknowledge the new one. She showed disrespect at the new government at every given opportunity. She was inciting protests and riots, plotting revolutions across the globe. She was aiming to topple the world government.

To return power to the humans.

All these acts had been overlooked by the New World Leaders. For the five years they've been in power, everything done to overthrow them has proved futile. So they were pretty confident in their seat of power. Choosing to let her rant on and on.

That was until she kicked one of them. And not just anyone, but a police officer as well. Such an act was considered to be the highest form of contempt and could only come from a depth of hate. It was currently the second highest crime in the world, after murder. And could earn perpetuators anything between fifteen years to life imprisonment.

And that was the reason I had to get her out of town as soon as possible.

I hurried through the house, tossing essentials into a bag. My heart racing as I fumed, visualizing different ways all these could have been avoided.

Zipping the bag up, I went back to the living room to find my mother as I had left her.

"We're leaving!" I told her abruptly, letting some of my temper seep into my words.

"You don't have a choice Mom! They will be coming for you! And if you are still interested in overthrowing them, you must run from your precious motherland. Either that, or you will go to prison for..." My voice trailed off as another sound slowly encroached and then overpowered it.

Overhead, I heard what could only be the blades of an helicopter over our house, sirens were wailing around our compound. I could see the flash of the red and blue lights through the closed windows.

I knew the sound she was talking about, I had come to hate it as well. It was not the sound of the helicopter blades or the sirens. It was the meow.

A whole chorus of it, just outside the house.

"They're here Mom." I muttered, my heart racing in fear. I walked to the window and opened it a crack, I peeped out.

I saw the police cars. And the sea of officers spread out over the landscape as they surrounded our house. I could hear them land on the roof, they scratched the window pane and the doors. And the bloody meow!

It was only a matter of time before they found their way in.

I turned to my mother, "are you happy now? This is what happens when you fight the government. They come at you with everything they've got."

And that was true.

The cats had taken over the world, they called the shots and decided what would be a crime. Kicking them happened to top that list.

And now, they were here to make my mother pay for her crimes.
The End

This story is inspired by the prompt: "What if cats ruled the world". It's the 20th prompt on the 50 Imagination Ticklers list.
Thank you for reading. I hope you enjoyed it.

I didn't remember seeing the prompt for this until the end - and then I laughed with GREAT gusto as I realized what you had written.

Marvelous! The writing was superb!

Cats aside, I love the bravery of the mother. Willing to stand up for what she believed in, come what may. Excellent tale! Thank you

It was the right choice. I often like to do the same thing with my readers. Give them the big "punch" at the end. You did it exactly right. and "cat out of the bag" - I see what you did there. ha ha!
Please give a read to my "sitting on a gold mine" story, and see if it gives you a chuckle? :-)

Thank you very much. And i really appreciate your kind words...
I'll check out your story asap😁

Every reader of this story will be grateful to you for this one line:

It was the meow

The contradiction between a meek 'meow' and the people cowering behind their doors is hilarious. You did a really good job here. All those cats, scratching at the windows :))

I think we have to be careful about the prompts we throw at you. Heaven know what you will make of them. Thank you for posting this most delightful, amusing story in the Ink Well community.

Thank you very much for your kind words. I decided to try out something new, I've never written a story like this before. Most of my characters are always human. I find they are way easier to handle😁.
So this is a first for me, and I'm glad it turned out so well.
Thank you for the challenge, it just improved my writing skill.
And i'm so glad i posted it in this community.😊

Do you remember the original Ghostbusters? When the Pillsbury Doughboy comes into view? That's the power of "meow" here. Your comic timing is perfect. I know, I know, it's a tragedy. Mom gets taken away. But, c'mon. You had to be chuckling when you wrote this.

Thanks so much for a much-needed chuckle on my end of the experience :))

Oh @agmoore, i'm glad you chuckled at the end.
My plan was to create a suspense and then bring it to a climax. The reveal of the cats was meant to be the comic relief. And i'm so glad i did just that.
Thank you for reading dear friend, i'm happy you enjoyed it😊😁

I knew the sound she was talking about, I had come to hate it as well. It was not the sound of the helicopter blades or the sirens. It was the meow.

I fell over laughing at this line! This is a splendid story with a hilarious twist, @bruno-kema. I'm so glad glad you were inspired by this imagination tickler!

I only wish auto-votes hadn't gotten here before I was able to read and upvote your story. It's such a gem!!

Thank you very much @jayna.
This type of writing is new to me, so i'm really glad i made it work.
And i'm also glad you like it😁

Omg! All these troubles over cats ruling the world?! This is outstanding!

I love the suspense. The character's mother is such a brave woman but I hope not foolishly brave that she would risk their lives of her family.

Well done! You did great with this prompt. 🙂

Yeah, the mother is brave indeed. And the narrator just wants to live a peaceful life. Humans or cats, it doesn't matter to him who rules so long it doesn't affect his way of life.
Until it did.
Thank you very much @kemmyb, i'm glad you like the story.

hahahaha I knew you had chosen that option when I saw the phrase "give power back to the humans" Somehow it reminded me of Planet of the Apes, but with cats.

The meow thing was good too, excellent story.

This was so good. Written with such precision, I could see your story playing in my head. Well done, thank you for blessing us with this.

Thank you for your kind words @young-boss-karin. I'm really happy you find the story interesting.

This is definitely the best story of this round!

And certainly the only one which I have read every line patiently, and with good concentration too. You have greatly improved your writing skills friend.

What made me laugh though was the banter between you and stormchaser in the comments about letting the cat out of the bag. That is genius humor right there.

Cheers friend, I don't know what to say. This is absolutely great!

Hehehe😁😂
Your words humble me, i'm glad you've seen remarkable improvement in my writing. It means you've been following my work. And i say this again, i'm humbled.
Well, the banter between @stormchaser and i was impromptu. A usual conversation. And i'm doubly glad it made you laugh😂.
Thank you very much, see you soon🤗