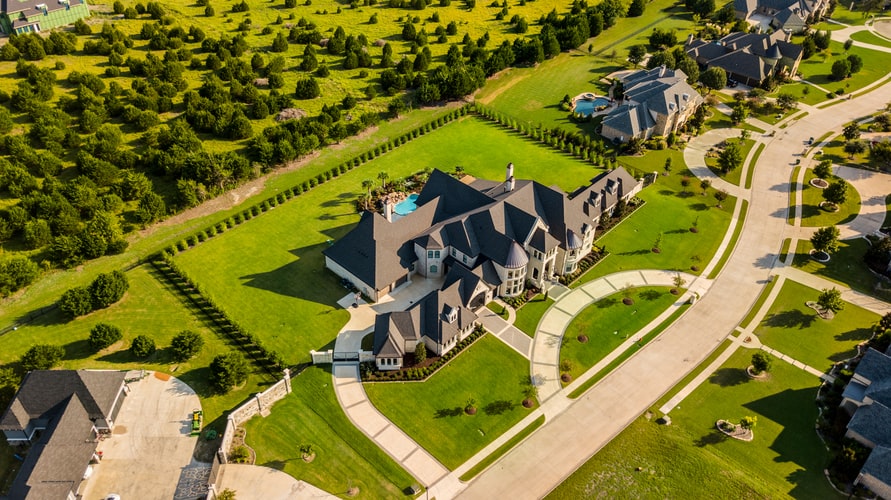 "Sir Edward." The Chief of Security called me, I turned to face him. "There's a taxi headed this way."

"Are we expecting anyone?" I asked, getting to my feet.

I made my way up the stairs to the penthouse where a binoculars sat ready for use beside the window. I picked it up and looked out. The lens expanded the boundaries of my vision.

I saw the yellow and black taxi, typical of Lagos state, cruising along the tarred road that led to the gates of the estate. It was a nondescript taxi, not the kind usually used by people who lived around.

I kept scanning as the vehicle took a curve. Then I noticed who the passenger was.

"It's the Landlord!" I gasped, tearing my eyes from the binoculars.

"The Landlord is back! Spread the word. In less than a minute, everyone should be downstairs ready to welcome him."

"Yes sir." The Chief of Security replied and bowed out.

Letting out a deep breath, I followed suit. Walking hurriedly throughout the mansion to ensure everything was in it's right place.

There was a sort of organized pandemonium as word spread of the Landlord's arrival, everyone was walking about, but the movements were with purpose. They all had less than a minute to put finishing touches in their respective fields.

The Landlord was one who rewarded and punished accordingly.

We all lived in the mansion, located in the heart of Banana Island, Lagos state. Or to be more precise, we lived and worked here seeing as we were employees of the Landlord charged to take care of his house.

The Landlord was one of the richest men in Nigeria, he owned one of the telecommunications giant and also several oil wells across the country. This man had more money than there were drops of blood in his body.

And seven years ago, he had retired. Leaving his business to his children. And as a gift to himself, he had bought this mansion worth hundreds of millions of naira. And then hired an entire staff to maintain and run it.

And I was the Chief of Staff.

Funny enough, he seldom lived there. He had only been there twice. First was when he hired us. Next was six months later when he had come to see how we were coming along with maintenance. It was then he told us he would be going on a long trip across the world. And he didn't even know when he would return. It could be two day later, two months later or even two years later. This was meant to keep us on our toes, because he said that even if he knew he wouldn't have told us. He would love to catch us off guard.

And now, six years later, he did just that.

We were all downstairs, the heads of the various departments. That was when the taxi stopped before the gate.

After a nod from me, the security pulled it open and the taxi drove in.

"Miss Rose," I called the lady in charge of keeping his room, "take two men and get his luggage from the taxi. And also, he's gonna need a warm bath."

Next, I turned to Tunji, a man in his mid-thirties who was in charge of the kitchen. "He would need something to eat." I checked the time, "it must be something light, and should be ready by the time he's taken his bath."

And so, left and right, as the taxi pulled to a stop, I issued orders.

"But none of you move, until we've all welcomed him."

And so saying, I stepped forward and opened the passenger door of the taxi.

"Welcome home sir." I greeted, making way for him to climb out. I pulled out my wallet and fished out some notes which I handed to the driver. "How was the journey sir?"

"It was tiring." He said, standing as he looked around the compound. He gazed at the acres of beautifully planted flowers, perfectly mowed lawn, the sparkling waterfall. He then looked at me, "but it's good to be home."

It was then the rest of the staff welcomed him, and as they did, they vanished to their duties.

"Sir." I said as we began to walk into the mansion. "A bath is being prepared for you as we speak. If you would like to--"

"Not now Edward." The Landlord muttered quietly, "for now, I just want to see the house. Come with me."

And so, I followed him through the sprawling mansion. It had seven bedrooms, four living rooms, two kitchens and two stores. Each of these rooms were kept in top condition on a daily basis. Every fault was immediately fixed with money from the account reimbursed monthly by the Landlord.

He owned the house, but I knew it like the back of my hand. Every dent in the wall, every smudge in the paint. I knew it all.

The walls were adorned with expensive works of art, ancient swords and spears and even royal beads from the Benin Kingdom. There was a rumor among the staff the he had gotten them off the black market.

That was none of my business.

From inside, we moved out. To the gardens, the lawns, the trees and then, the fountain.

"Edward," he said as we made our way back to the house. "It's been how many years?"

He stopped as if shocked, "how time flies. Especially when you're having the time of your life."

Just then, the smart watch on my wrist beeped. I got a message from Rose.

"Sir," I called him. "Your bath is ready. By the time you're done, so will your brunch."

"Okay." We kept walking, he was smiling now.

An old man enjoying his retirement. Everyone doing everything for him. He had earned it. He deserved it.

At the door to his bedroom, he stopped. "The house is not as I left it six years ago, Edward."

But how? I had done everything, covered every angles. Nothing had skipped my attention. How?

So engrossed was I in my self examination, I almost didn't hear him. But I did. And all I felt was relief wash through me. The relief was too much if felt physical. I let out a sigh.

"I was only doing my job sir."

"I'm impressed." He opened the door and walked in.

He was impressed! That was all I could think of as the door clicked shut. That was a really good compliment. I had to fight the urge to skip as I made my way back to my section of the mansion.

I could only hope he was impressed enough to give me a raise.

The possibility of an owner's gaze and the subtle conflict represented in the approval or disapproval of that gaze runs through this text and is resolved in the hope of a pay rise. A situation brought to a climax because it happens very sporadically, contrary to what happens daily in almost all our relationships.
A text that is easy to read and makes us look at all the characters in an almost graphic way.

Thank you very much @gracielaacevedo. I'm glad you like the story.

I love the way you put interactions in text. Something I aspire to write something akin to 50% of at some point.

Thank you for your kind words @amirtheawesome, I'm sure you can write anything you wish.
I'm glad you like the story

You capture well the situation of underlings whose well-being hangs on the whim of a powerful person. As Edward leads his landlord through the house, the reader feels the anxiety mount. Edward is likeable, but not so much the landlord. He is used to power and wields it without regard to its effects on others.

Thank you for posting the story in the Ink Well community.

Please be sure to read the work of other writers in the community and share comments with them. We are urging everyone who posts in The Ink Well to take this step, going forward, to ensure our community members are supporting one another. (We also have this in The Ink Well community rules on our home page and in our weekly writing prompts.) Thank you!

Thank you very much, i'm glad i posted it here.
I try my best to engage with other writer on here. I read their works and share comments. But i will try to up my game. And spread the support further😊🤗

No doubt Edward has been a good man and a reliable employee. I think maybe he will get his raise.

How have you been my friend @bruno-kema?
Great story. I imagined the beautiful mansion and its polished floors.
Thanks for sharing your work :)

Thank you dear @mayellig, I'm glad you like the story.
I also hope he does get a raise.
And i am good, thanks for asking.
Where have you been? Been a while...

It's wonderful how Edward takes such pride in the place, and has been such a stalwart guardian of the estate in the six years since the master of the house was last there. Your story highlights the expectations of the elite and the desire of those in service to do work that meets approval and exceeds expectations - a timeless symbiotic relationship.

You are right @jayna, it's truly a timeless symbiotic relationship.
As old as the time of land owners and peasants.
Thank you for reading, i'm glad you like the story.