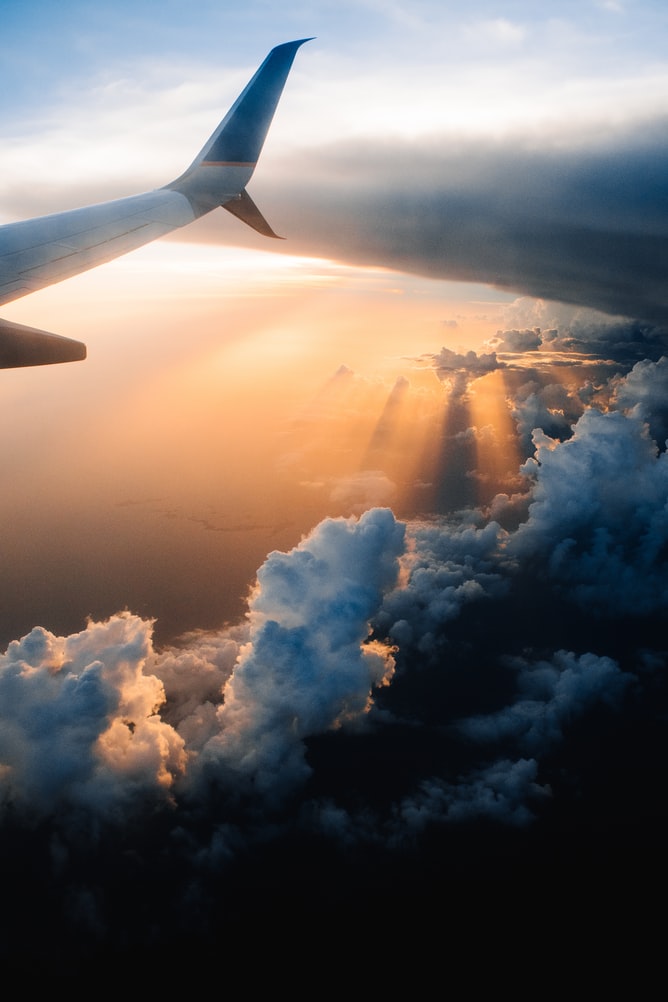 At an altitude of twenty thousand feet, the plane glided over the streets of Lagos. It's engines were silent as it cut through the clouds. In the night sky, it was all but invincible to the people on ground.

Inside, ten soldiers were kitting up. They were preparing to jump out.

"Hurry up!" The Captain said, returning from the cockpit, "the pilots say we're less than two minutes from the right altitude."

Corporal Nathan's fingers were shaking as he buckled his parachute to his bag, just like the rest of the team. He made sure that dial on his wrist was in top condition, then he slipped on his helmet, hearing that dull click as it latched.

He noticed the Captain signalling him so he took off the helmet once more.

"I know this is your first time, and I know you're scared. Don't fight it, let the fear guide you."

"Corporal, your head must be in the game. Whatever happens, don't forget to breathe. And evenly too."

"We don't want you dying on us." This was from Sergeant Segun, he has been on trips like this more than seven times. And he was a total jerk. "It would be too much paperwork."

He ignored Segun as always, he needed to focus on his jump. He would need to if he wanted to stay in the Force.

Just then, the red lights began to flash. The plane was now at the required altitude, twenty-seven thousand feet.

"Alright boys!" The Captain shouted over the sirens.

Nathan slipped his helmet on once more and locked it in place. Then feeling around his ribs, he unlocked the valve for air. He stood up like the rest of the soldiers.

There was a huge crack and the metal door began to open, letting in the wind. They gathered at the edge, arranging themselves in twos. The siren changed, signalling it was jump time.

And so, they began to jump out.

"Remember Corporal," The Captain said to Nathan who was only able to hear him because of the comm in his helmet. "Do not forget to breathe."

At that, he made to jump but stopped, almost falling over. The clouds were beneath, and in the night sky, they looked like a bottomless chasm. He stepped back, his heart thudding with fear.

"What the hell are you doing soldier?" The captain screamed, his voice exceptionally loud in his ears due to the comm. "We don't have time for this!"

"What he needs sir," Segun came up beside him. "Is a little push."

And he shoved Nathan out of the plane.

"What the fuck sergeant!" The Captain blared furiously.

"He was wasting time, he needed to overcome his fear. And there was no time to be nice about it."

"We will continue this conversation on the ground."

"Yes sir." Segun replied with a smirk and he too jumped out, closely followed by the captain.

Corporal Nathan was tumbling through the air, the wind lashing hard against his helmet as he whipped through the clouds.

"You are in free fall," his instructor's voice swam in his head. "But your body is still yours and you can control the free fall."

On the third spin, he spread out his arms and legs, his elbows curved so he could study the dial on his wrist. Now steady, he watched the countdown race towards zero.

He could hear no sound at all, just the wind whipping against him as gravity pulled at him. He could see his colleagues as they dived alongside him, one of them gave a thumbs up.

They were now hurtling close to the ground. The streets were becoming cleared and the lights were getting brighter.

"There's a small window to deploy your chute." His instructor's voice came again, it was cool and made him relax. "Between five thousand and three thousand five hundred feet. You do it too early, the wind tears it to pieces. You do it too late, you hit the ground before it opens fully. The only time is in the window. Don't miss it!"

The dial began to flash red, an alarm was beeping in his comm. It was signalling time to deploy his chute.

He felt around his waist for the hook, His fingers kept brushing over it. Unable to grip it. What if he never deployed in time?

Around him, his fellow soldiers were deploying their parachutes, expanding into the night sky. His window was closing very fast. He had to do something.

His fingers gripped the hook and he pulled. The result was immediate. The chute rushed out of his backpack with force, pulling him up so he had to grab the straps. Above him, the parachute expanded, riding the wind until he steadily and calmly touched ground.

He took off the bag, pulling the chute with him as he took off his helmet. It was then he realized he was breathing hard and fast. But it was not from fear. Throughout the jump, he had not been scared. Not even when he had thought his chute would not deploy.

He smiled then, giving himself an imaginary pat on the back. Just then, Segun landed and the smile left his face. Nathan walked towards the sergeant who was tangled up in his chute. The moment he took off his helmet, the Corporal punched him hard on the jaw. He fell to the ground, getting even more tangled.

Just then, the Captain landed, stepping on the ground with finesse.

He noticed then that Segun did not reply, he was still on the ground trying to disentangle himself from the straps of the parachute. His lip was bleeding from a cut, Nathan pretended not to notice.

"Again?" The Captain muttered with steam, "this is your eighth jump and you still keep making this mistake?"

"Don't be such a baby. Even Nathan the rookie is better than you at this. Hurry up, we won't wait long for you."

Nothing gave Nathan more joy at that moment than the stern talking-down-to that the captain had given Segun.

And so they packed their gears, they melted into the dark streets of Lagos.

On their way to their mission.

The End.
Thank you for reading.
Feel free to contact me on my Discord handle below:
bruno-kema#1355

This was so realistic. And I can say that, because someone once pushed me off a cliff, and that is exactly how it felt :) I did have a vine to hold onto, but it was never certain I would be able to do that, because I was so young.

The clouds were beneath, and in the night sky, they looked like a bottomless chasm. He stepped back, his heart thudding with fear

This was so real, for me. You really capture the panic, the drawing back from the edge. And then the push.

I am so pleased with your research (unless you knew about parachute jumping already). I had to look up 'comm in the helmet'. Now I know something I never knew before.

Thanks for the adventure. Great job, as usual.

Thank you very much for this.
You're right, it's all research. I've really never done it before. Though i would love to one day.
I'm glad you connected with my story, and i was able to teach something new. And i'm also glad you didn't fall of that cliff.
Thank you once more for reading @agmoore, see you on the next story.

The first thing that jumps out (Yes, jumps!) is that either you've done a lot of parachuting, or, you did research. Every good writer does research, otherwise stories are not believable. Excellent job in describing the scene, creating characters and building suspense.

Thanks for posting this tension-filled story in the Ink Well community. It is not necessary to remind you to comment, because you do. Nonetheless this reminder is affixed:
Have you read and commented on the work of at least two other writers this week? (See The Ink Well community rules on our home page.) This helps our community thrive, and also makes you eligible to be chosen for a spotlight in our weekly highlights magazine. Thank you!

Hehe.... 😁
I've actually never done any parachuting, i just did the research on movies, books and google. Google helps every time.
And as always, i'll keep engaging with fellow writers. And i'm glad i posted in this community.

Writing is a challenge of credibility, and you know that to achieve that you must respect the reader's intelligence. You do it well, creating tension and maintaining it. You also provide the information that the reader doesn't handle and needs to understand your writing.
Well done, @bruno-kema

Thank you very much @gracielaacevedo, i try my best to make the words in my story as simple as possible for the easiest flow. I'm really glad you like my story😁

I enjoyed this story very much, @bruno-kema. The interplay between the men is great. Segun certainly came down a notch after his haughty attitude when he shoved Nathan out of the plane!

I loved the description of those moments before he pulls the parachute chord, and how his fear disappears. I jumped out of a plane once, and I had no fear at all once I was falling. It was just exhilarating. And once the chord is pulled and you are sailing down, it's a very peaceful, sublime feeling!

I'm glad I was able to get the descriptions well, seeing as i've never done it before. Although it's something I would like to do sometime soon.
Thank you @jayna, i'm glad you like the story.

The JUSTICE of THIS, along with wonderful descriptions of the jump itself -- I LOVE IT!

Thank you very much, i'm glad you enjoyed the story.