Out Of The Blue

@bruno-kema 61
3 months ago
The Ink Well 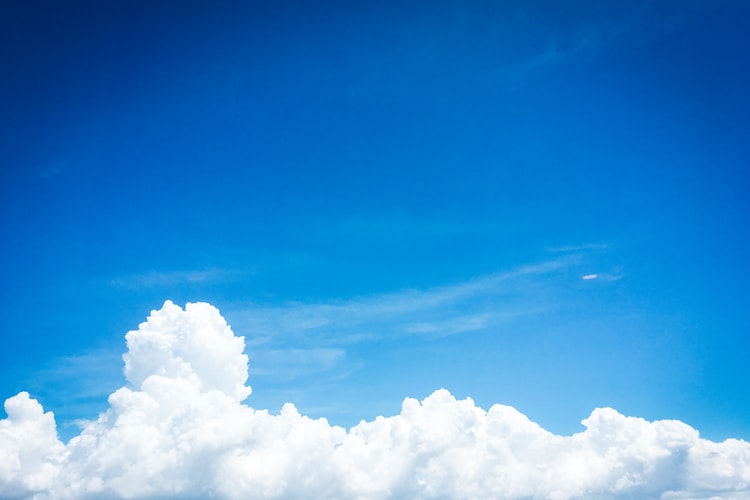 When it happened, the Park was calm and serene. It was still afternoon, but the heat of the sun was not harsh. It was cozy, even. People walked about leisurely, children running around excitedly, couples holding hands or kissing. A perfect picture of peace.

Moses stood beside the bouncing castle, watching his daughter, Faith, play excitedly. As he heard her shrieks of happiness, he realized he had to have more time with her. If only her mother would permit.

By the time Faith was done, he scooped her into his arms.

"Daddy!" She called happily, "did you see how high I jumped?"

"Of course, sweetie." He replied, running his hand down her hair. "I saw you. If you had gone any higher, I would have had to use ropes to pull you down."

She laughed at that, exposing her missing front tooth. Suddenly, the excitement left her face and was replaced by curiosity.

He turned, following her pointing finger, he looked at the sky.

Something like an orange ball was falling from the sky, a thick plume of smoke trailed it, leaving a long dark trail across the sky.

Around him, people were also noticing the strange object hurtling through the sky. And as it got closer and bigger, they slowly recognized it.

"It's a meteor!" Moses screamed in shock. Still holding on tight to his daughter, he turned and began to run, "get out of the way!"

People scampered about, trying to get to safety as the meteor hurtled on towards them.

"Take cover!" Someone cried out.

The meteor was a hurtling ball of fire, the tongues of fire dancing wickedly in the slipstream. The thick plume of smoke spread out across the blue sky.

Moses, along with the others, ran into the main building in the Park. Well away from the path of the meteor.

"It's gonna be okay, baby." He assured her, his heart pounding fiercely as his eyes followed the meteor.

They watched with bated breath as the meteor closed in and with a loud explosion, crashed into the ground, crushing two cars in the process.

The force of the impact pushed the meteor through the ground, creating a crater of about six feet.

From their point, they could see thick smoke wafting from the crater, tongues of fire scattered around.

A mumble filtered through the crowd.

Hesitantly, his daughter still in his arms, Moses stepped out of the building. And slowly began to walk towards the crater. And just as slowly, the others began to follow.

They stopped by the edge of the crater and looked into the hole. The meteorite was no longer on fire. And as the smoke cleared out, they saw it clearly for the first time.

And at the same time, everyone let out a collective gasp.

"Daddy, what is that?" Faith asked.

Someone shrieked as with a click a section of the object slid open. With a hiss, trapped air escaped.

It was not a meteorite.

The peace of a day where all is known is shattered by the unexpected, creating a tense atmosphere that is resolved by the final lines.

Thank you for posting this disconcerting story on @theinkwell.

We love finding your comments on your fellow readers' posts. That effort adds up to a strong community and is a requirement to be a candidate for the featured stories of the week.

Thank you very much. And as always, I'm glad to post in this community.
I'll resume engaging with my fellow writers as well😁

Very good description of the arrival of a being from space, you bring a smile with the resolution of your short story, @bruno-kema .

Hello @gracielacevedo, I'm glad I was able to achieve the intent of my story.
Thank you for reading, I'm glad you enjoyed the story.

You show insight in a new area, @bruno-kema: A father's concern for his young child. This is persuasively conveyed. The father not only protects the child from physical harm, but also protects her psychologically.

Of course the ending! Nobody was read for that. Good surprise.

Thank You very much @agmoore, the twist at the end was a last minute addition. I'm glad it worked😁
I've missed your insightful comments, it's really good to be back😊

Well the good news is that the life inside the spaceship is probably not ultra intelligent and scheming to take over the planet, as they weren't smart enough to outfit their spaceship with landing gear! Ha ha. Maybe Faith will get some new playmates.

This is a fun read, @bruno-kema.

Awesome analysis you've got there. Honestly, I didn't look at it from this angle. And now that i've realised it, it's so funny.
Thank you very much for reading @jayna, I'm glad you enjoyed the story.

This is the power of feedback. People can see things in our writing that we don't see.

A few weeks ago my book club group met to discuss our recent book. One of the members called out the similarities of the book to The Wizard of Oz. I slapped myself on the head. Of course! I couldn't believe I had missed it. There was a similar collection of characters and they were on a long, tumultuous journey, each seeking something important and personal.

We all agreed that this homage must have been intentional on the part of the author, but decided to find out. I found the author's website where I could contact him. I told him our book club was curious whether he intended the book to be reminiscent of The Wizard of Oz, and he said no, it was not at all intentional, but that many readers had brought this to his attention, and he added, "of course I can see it now!"

So it's all natural to miss out somethings.
Thank you for this.

I had a feeling going in that all that peace had to be a precursor to something big, that said, I didn't expect a spaceship! Nice build up of suspense my friend, I truly enjoyed going from sedate to on guard all in a few paragraphs.:)

Thank you very much @generikat, i'm glad you enjoyed the story.