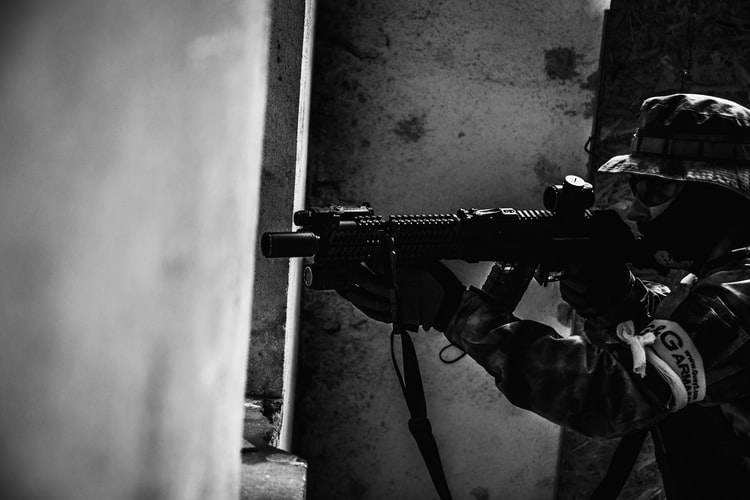 The sound of gunshots filled the air, the atmosphere was charged with tension, bullets were flying all over as people scampered about for safety.

Running low, I ducked behind a Toyota Camry, breathing hard and fast as I tried to focus on my mission. When there was a lull in the gunfire, I began to run once more till I got to the Pharmacy which I found locked.

I pounded the gates with my fists.

"Open up! Is my son here?" I screamed, shaking the gates as I looked around for hoodlums. "I'm looking for my son!"

"Dad?" A voice said through the gate, I recognized it at once as my son's. "Open it! That's my Dad!"

I heard bolts slide off, chains get pulled out and then the gates swung open for me. I rushed in and locked it behind me.

This was the first phase of my impromptu mission, finding my son.

For the past few days, Owerri has been a hot zone with gun battles and riots. Bullets have been flying about, and it seemed it won't be ending anytime soon. And it sure as hell was not a time for a sixteen year old to be out in the streets.

Due to the unrest, work had been canceled. So I stayed home with my two children. It was then I realized we were running out of food in the house and I had to restock. So, early this morning, I went out to the market in search of food. The prices had skyrocketed overnight, more than three times the usual. I had no choice. I bought enough to last us for more than a week.

Apart from the money, the trip also cost me six hours and lots of trekking under the sun. Constant looking under my shoulder and alertness for the slightest sound that resembled a gunshot. Throughout my stay outside, I was unsettled.

Only for me to get home and be told by my daughter that my son, her elder brother, had gone to the pharmacy.

"What?" I gasped in a mixture of fear and anger, "why would he go there?"

"I'm seeing my period Dad." She explained, her face covered in the pains of menstrual cramps. "I told him not to go, but he said he could get me the sanitary pads."

And that was when the next round of gunshots began.

"Stay here, and stay down." I told her, dropping the foodstuffs on the table. "Do not open the door to anyone except your brother and I. Am I clear?"

Thirty seconds later, I was out on the streets once more. Running low to avoid being hit by bullets.

And now, having found my son, it was time to get into the next phase of my mission; getting him home in one piece.

"But they're still shooting--"

There was a loud crash as the hoodlums hit the gate with sticks. The aluminum gate held fast.

"We can't stay here." I muttered when they had gone. I looked at the Pharmacist, "thank you for keep in him."

Unlike my son and I, he lived and worked here. There was no running off for him. And as for me, the only place I could protect my children was at home, where both of them would be. Not when they were miles apart.

He nodded, but I could see the fear and terror in his eyes.

"You'll be fine." I promised him, "I won't let anything happen to you. Where's the pad you came here for?"

The Pharmacist slid it across the tiled floor to us. I picked it up. I needed my son's hands free for running.

The Pharmacist unlocked the gates once more and we snuck out. Keeping low, we scoured the environment, then we began to run towards home.

The gunfire had stopped, broken every now and then by isolated shots. We had to hide from the hoodlums. They were boys from the streets, carrying rifles and clubs, ready to shoot anything that moved.

My son and I hid while they looted shops, carting away valuables. When they were gone, we resumed our race, turning into our street just as another gunfire began. And this time, it was in the street we had just vacated. Apparently, the Army had caught up with the hoodlums.

"Run!" I told my son and we broke into a full out race. Our feet pounding the pavement as we ran for our lives through the street. Towards home.

We were not the only ones. Others who had been hiding from the hoodlums also emerged, joining the race.

Slowly, our house swam into view, just as the staccato of gunshots seemed to be coming closer to our street. Closer to us.

I turned then to see soldiers chasing the hoodlums, they were shooting back at the soldiers even as they retreated. Bullets were flying about, slamming into windows and doors, shattering glass and splintering wood upon impact. One man fell to the ground with a scream.

"Get down!" I shouted at her as I ran on, right behind my son.

We tore through the door. I kicked it shut and slid the bolt home.

"Get down everybody!" I ordered and we all fell flat on the ground. Our hearts racing as the sound of the gunshots drew closer and closer.

Soon, a blessed quiet fell over our street. Although the tension could still be felt, we am knew that the danger had passed. I sat up.

"You can get up now." I handed the sanitary pad over to my daughter. Then I turned to my son.

And I pulled them both into a hug.

You did it again, had me on the edge of my seat. I was so worried about this dad and his son. I was worried about the children at home, when the door opened to let the father and son in. You capture perfectly the general sense of danger in an environment where civil order has collapsed.

Every step of this story is calibrated to move the action forward. It works beautifully. Thank you for posting the story in the Ink Well community.

Thank you very much, I'm glad I was able to convey the theme i wanted to. I'm glad i posted the story to this community.

Hello @bruno-kema,
I once tried to write a battle scene. No matter how many times I went back and rewrote that scene, it fell flat. So, I appreciate the challenge of making this story come to life. Although, it doesn't seem to have been a challenge for you.

I liked the father. I liked the son. What an interesting motivation for going to the pharmacy. Even the pharmacist touched me, trapped as he is in that place.

Great job. Always a pleasure to read your stories.

Thank you very much @agmoore. I'm quite speechless right now. The story took me over an hour to write and then two rewrites to get it into this state.
And i'm glad you think i make it seem like it's without challenge, i guess that means there's something i'm doing right.
And that gives me joy.
Thank you once more for reading, i'm glad you like the story.

This was a riveting read, @bruno-kema. I pretty much had to hold my breath the whole time, hoping nothing would happen to the dad and his son. You have a gift for writing action scenes! Thank you for sharing your story in The Ink Well.

Thanks a lot @jayna, thank God nothing happened to the boy and his father. I'm glad you enjoyed the story. Thank you for reading.

Wow!! This was beautifully written as always. For a moment I thought something would happen to the father because that is how this kind of stories usually ends.. Glad I thought wrong.

Thank you very much. I'm glad you like the story😁