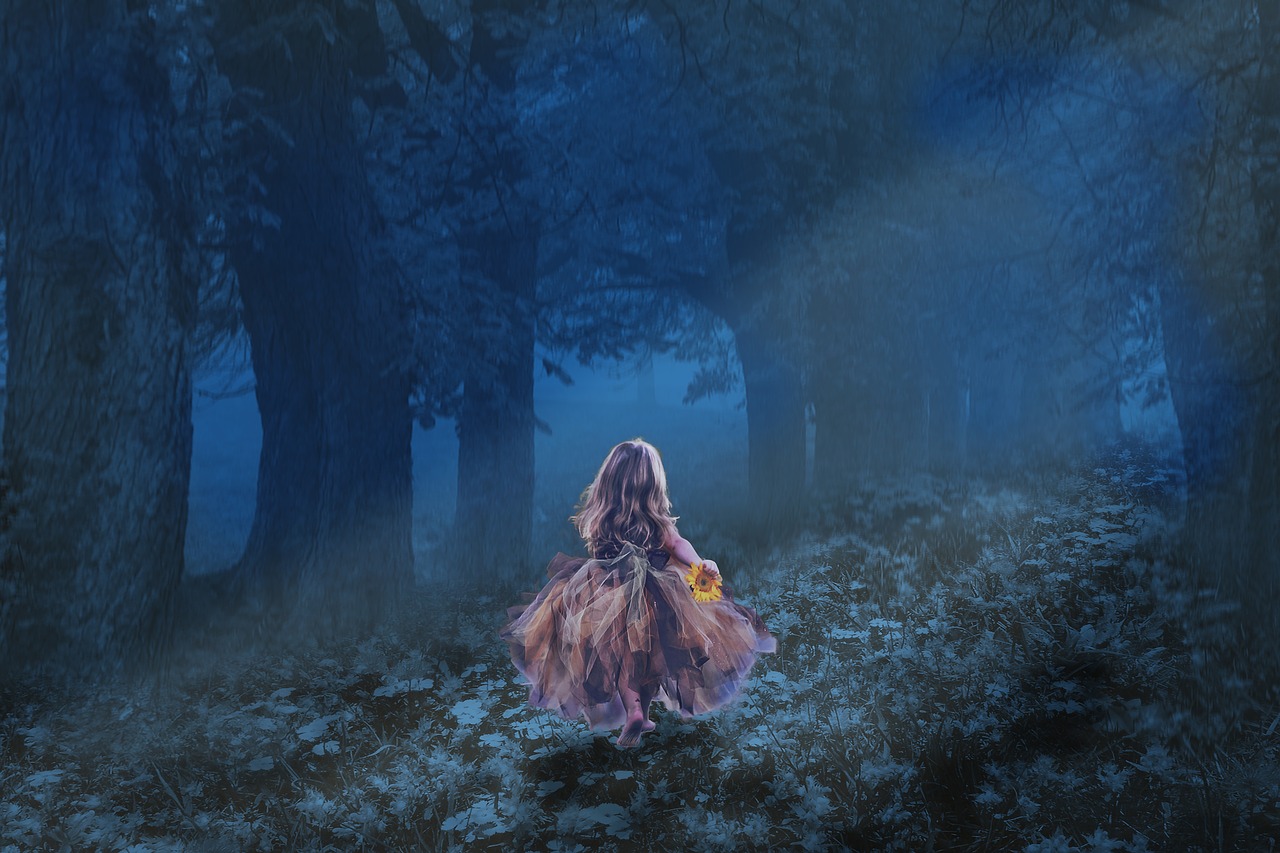 Felix sauntered on his way home, whistling as he walked through the un-tarred streets. His feet were muddy, his clothes were filthy and torn. Just another end to another day's play.

He was in high spirits this evening. He had only just beaten Omolé, the Caretaker's son. The boy shouldn't have insulted him.

A lot of people thought he was mean and a bully. He didn't care. He just didn't like seeing people with things he didn't have or doing things he couldn't do.

So he did what he could do. Which was to take, take and take! Whenever they resisted, he reminded them who was boss with his fist to their faces.

Now that he had blended Omolé, he was sure of a doughnut during every lunch break at school. Hence his whistling.

He stopped suddenly, as from the corner of his eye, he saw a figure take a turn.

"Ruth..." He muttered with a sly grin. He paused his return home and began to follow her.

She, of all people, deserved a good beating.

Ruth was Felix's classmate, they were both in Primary 4 in the private school they attended. She was also his class captain, which meant she was charged with writing out lists of noisemakers and giving it to the class teacher. And every time, Felix's name was on it.

As if that was not enough Ruth was an intelligent pupil. She was always the first to answer questions in class and her answers were almost always right. Whenever Felix failed a question or test (which was usually most of the time), the teacher compared him to Ruth. Urging him to be more like her.

Unfortunately, his blood could only boil whenever he saw her.

He would have dealt with her since, but she was a weirdo and it was difficult to get her alone. She didn't play with the other children, she chose to sit with the flowers and trees in the school garden. And after school, her parents picked her up. So she had been out of his reach.

She kept walking, her steps controlled and purposeful. She was going towards the woods. Felix wondered what he would do to her, just a whack to the head? Or he should take her money? Or simply whack her and take her money. He smiled at the last idea, he liked it best.

She turned suddenly, catching him by surprise. Then she stopped, eyeing him warily. He too stopped, expecting her to run. He was disappointed.

"Your home is the other way, dummy." She told him.

"What did you just call me?" He asked, feeling his anger build up.

"What are you doing here?"

"Do not answer my question with a question." He thundered, stepping closer, "didn't your parents teach you respect?"

"They did. Did your parents teach you respect?" She asked him back, and when he refused to answer she shrugged. "I thought as much."

"You keep talking like that, I'll beat you black and blue." He warned, enjoying the fact that she kept stepping back for every step he took forward.

"It will be the last thing you ever do."

"Why are you always writing my name on the noisemakers list? You will pay for that!"

"You're always making noise! If I tell you to keep quiet you will refuse. And I'm not going to beg you."

He ignored that, "and that's why you'll be answering questions every time because you think I don't know them. So our teacher will keep punishing me and praising you."

"If you know the answers why don't you say it? And why do you keep begging me to help you in your tests and homework?"

"Shut up! I don't beg anyone for anything."

"No, you only beat them up and take it. You're a bully Felix, and I'm not scared of you. You can't do anything to me."

"Oh yeah," he muttered, clenching his fists in anticipation of the challenge.

Suddenly, she turned and ran off the way she had been going earlier. She tore out of the road and into the woods.

Felix followed her in, his chest heaving with rage, his fists still clenched. He was going to show her.

The ground was carpeted in dead leaves, the trees towered over him. Their leaves were thick, reducing the light that passed through so that the place was semi dark and had an eerie feeling.

He turned and saw her, calmly watching him.

"Big mistake Felix." She said, resting leisurely against a tree trunk. Clearly unfazed by his presence, "you shouldn't have come here. I just led you into a trap."

"I'm gonna beat you so much, you'll cry like a baby." He promised and lunged for her.

Something trapped his feet, tripping him at once. He hurtled through the air and fell hard on the ground.

"Oh, I forgot to introduce you to my friends." She replied, there was laughter in her voice. "The trees. They are the ones that will make you cry like a baby."

Suddenly, wind began to blow, whistling through the leaves. The trees swayed to and fro, as the breeze picked up dead leaves. A branch lashed out suddenly and struck him on the buttocks. He jumped up, screaming in pain as he turned. Another tree branch lashed him on the same spot. Another. And another. They were acting of their own volition, disciplining the bully, showing him who was the new boss.

Amid his screams, he could hear Ruth's girlish laughter.

And just as suddenly, the whipping stopped. The trees became still as if they had no life and the wind died down. Felix's butt was sore and felt like it was on fire. He would be unable to sit at dinner tonight. He wiped his tears.

Ruth appeared from behind a tree and studied him. "You've cried like a baby, it was hilarious. Now Felix, don't come near me again. Or my friends will continue their lesson on your butt."

He nodded, instinctively covering his butt with his hands. His eyes were wide open with fear.

He didn't need to be told twice. He dashed out of the woods and down the street.

And at the top of his lungs, he called for his Mummy.

The End
Thank You for Reading.

Hahahahaahahah, I had a good laugh. The one who expected to lash got lashed badly in return ha ha. Poor Bully Felix, he learned his lesson not to try the smart girl lol.
Nice piece!

Yeah...
He would not be going near Ruth for a long time.
Thank you for reading.

Everyone in the world has probably met a bully at some time. And, all those people will delight in the animated trees that take revenge on Felix the bully. This story is very well paced and full of dynamic language that brings the action to life. Bullies come from someplace. They are not born, but are fashioned by circumstance. You describe that circumstance well.

You are absolutely correct.
Bullies are not born indeed.
Thank you very much, i'm glad i posted in this community.

And as always, i'll keep engaging with my fellow writers😁

It's sweet satisfaction when a bully gets his come-uppance! When you said that the tree swatted him in the same spot, I could feel the sting! ha ha!

Such a wonderful story! I think the bully has been defeated for good! :-)

Hello dear @stormcharmer, there truly is nothing sweeter than giving the doctor his own medicine. And Felix the bully got just that.
Thank you for reading my friend, i'm glad you found it interesting...

Wonderful! That mean and naughty Felix gets his due. Let's hope he will change his ways now and realize it is the only successful way forward.

Yes indeed.
Let's hope he leaves the path of bullies.
Thank you for reading @jayna, i'm glad you like the story.

What an interesting story. I hate bullies lol.

Everyone hates bullies...
Thank you for reading.