cmplxty in THE WEEKEND • 2 months ago

This weekend we started the spring repair activities with something easy! The blinds the little man broke lol The little man has a lot of fun destroying our house when he’s in his playing zone sometimes. He doesn’t necessarily mean to do it but he also kind of ignores when I ask him to please not do something lol. I don’t know what the case was here but we had a set of old blinds on our windows in the living room that had the pull cords and he decided one day that he should cut the cord. I was initially annoyed and told him he can’t do that and he thankfully didn’t do it again but at the same time I couldn’t be too frustrated with him, it seems to be in his nature to destroy things lol.

That was a few months ago he did it so we were waiting for the weather to warm up a bit before we did any of these little projects. Thankfully it started to warm up these past few weeks so I figured I would knock off some of the easy ones on my list to make Siena happier about it. She’s a little flustered that we are trying to prepare the house for sale but have outstanding projects to finish. I’ll be finishing all of them in the coming weeks hopefully!

With the blinds it was tough what he did, he only cut one of the cords on it so it ended up being lopsided lol probably why we didn’t go out to replace it sooner, it half worked but you couldn’t raise them so it wasn’t too bad. Once someone knocked the blinds down so they pulled completely free, it became difficult to justify keeping them so we bought some cheap new ones. Dont neee anything fancy for this type of stuff lol. 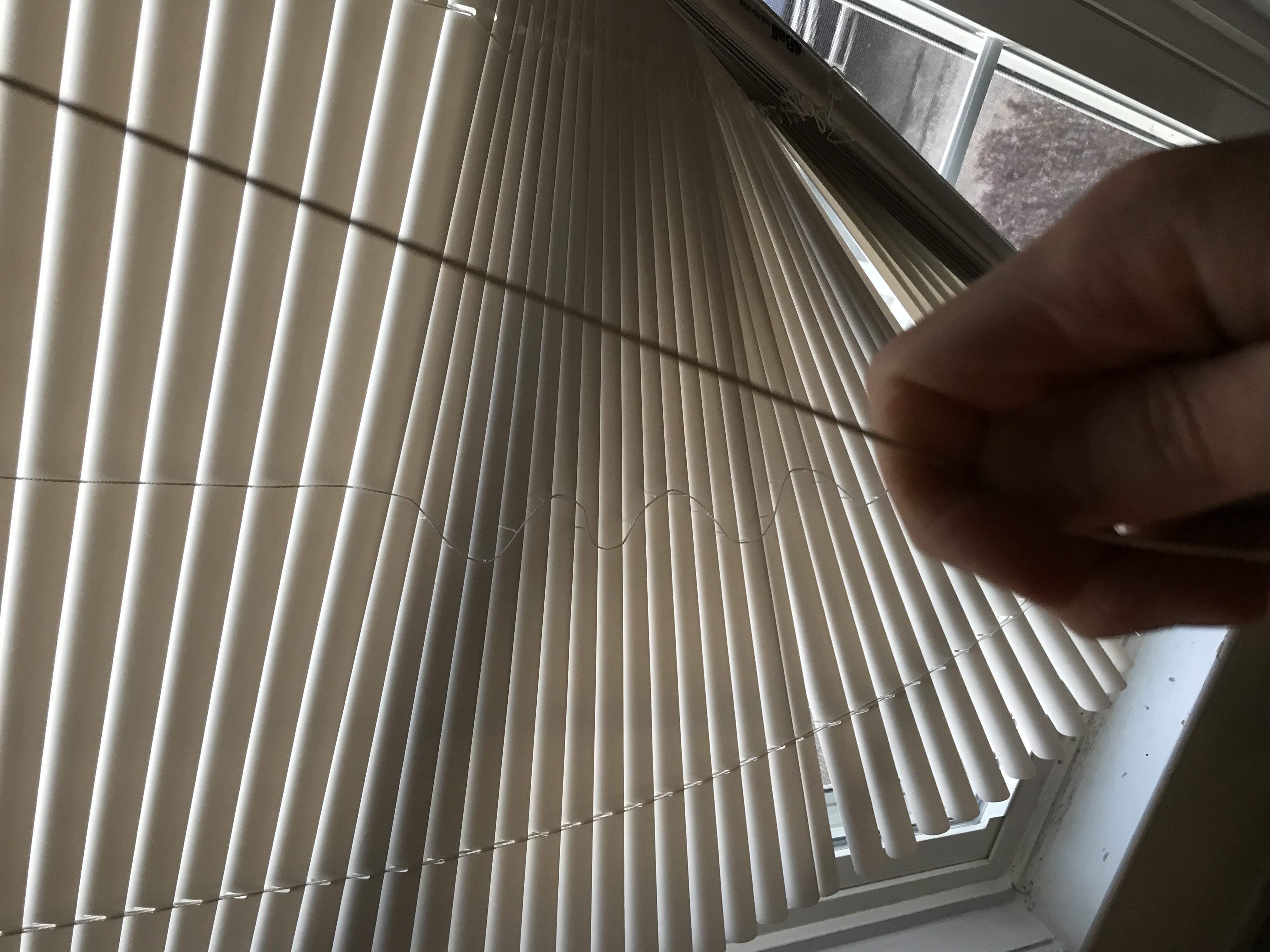 There should be two strings going to the top. He cut the other one lol for the most part I was the one raising and lowering the blinds to make sure that it didn’t fall too far but I didn’t do it once and it was gone lol The other Windows taunting me because they are up the right way! Lol 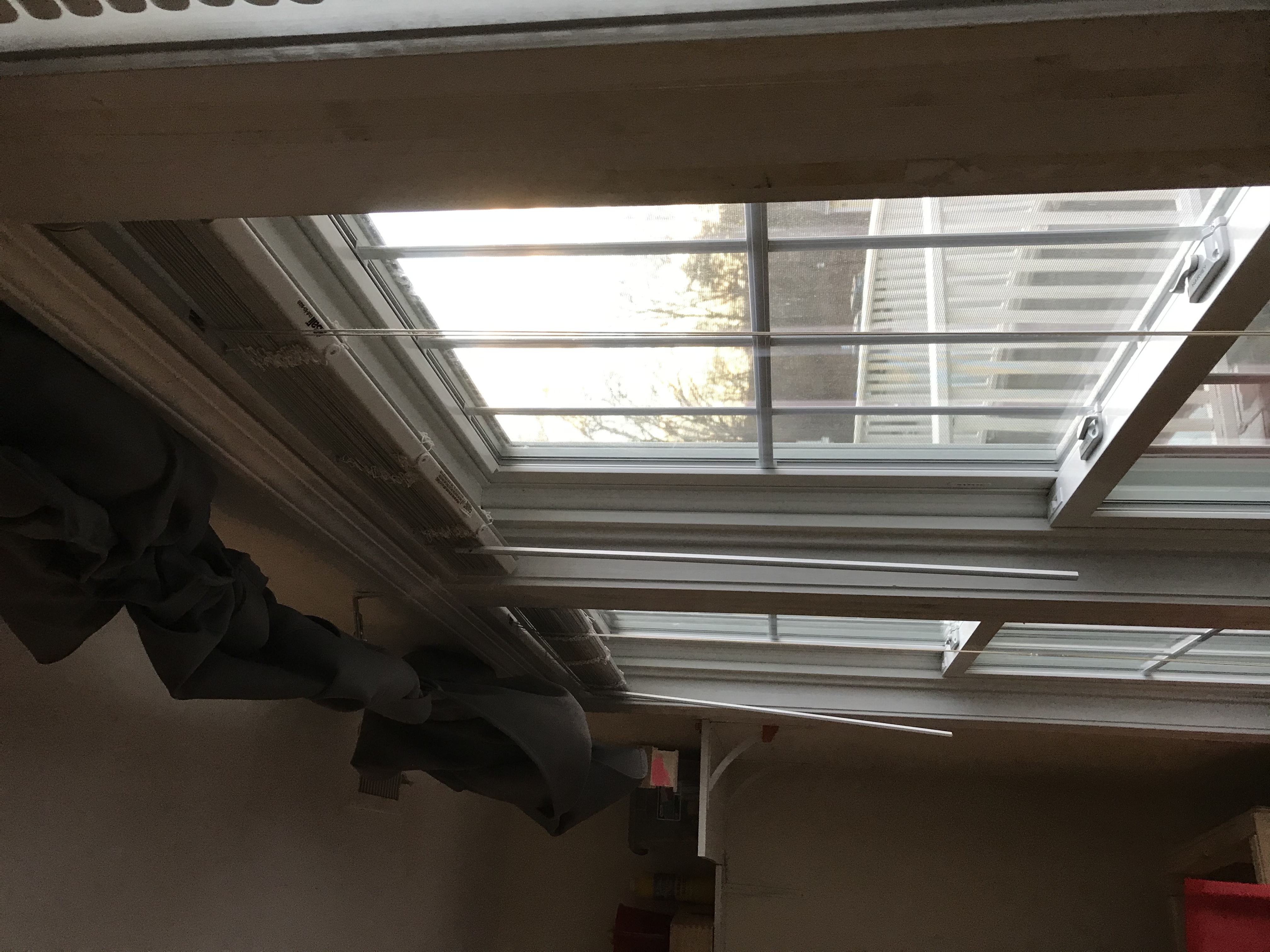 It was so far and so narrow of a space I couldn’t hope to rescue the little string and bring it back somehow. Thankfully the blinds we bought were pretty cheap so it didn’t set us back the amount it did our friends did when their daughter cut the blind with her scissors lol. That’s why you don’t have nice things around kids! The highlight of the whole process was the little man! He helped me hang the new blinds and clips in the window frame. He was so excited because he got to use the impact drill for the first time! Last year he wasn’t strong enough to hold the thing so he didn’t get to use it but this weekend we found out that he was strong enoug now! He used it several times and is asking me for more things to screw in lol. Thankfully I’ve got a whole box of screws I don’t care about that he can have fun with. Cheap entertainment for us!

Have your weekend repair plans started yet? Let me know what you’ve got doing on!

Do you want to get paid, in crypto, for searching the internet? Try using and signing up for Presearch to earn some great crypto! I've currently got 2,345 PRE tokens, with a market value of $249.13. It doesn't sound like a lot but when you search using sites like Google you get paid $0! Join Presearch to break Google's stranglehold on the internet searches. If you'd like to sign up, use my referral link!
https://www.presearch.org/signup?rid=513043

The E-dog has a good grip on the cordless mate, a shooter there for sure! Also, that last images...I can see a gun and a chainsaw so I know he's on the right track! Lol.

I'm off camping this weekend, no chores except camp set-up and that's about it. Need a break bro, badly.

Hahah thanks, he does have the shooters stance down I can tell you that! He got a little nerf dart gun and has gotten me good a few times lol. The chain saw was such a hilarious and perfect gift for him, I love that thing!

That's awesome to get out and go camping. It's definitely something that we need to do at some point! Siena has realized that there is going to be a lot of camping in her future and is not looking forward to it lol she doesn't like being outdoors like that in a tent. I told her I'll set her up with a mattress in the car while the little man and I rough it outside! 🤣

Camping can be a terrible experience if not done right. I remember I took a couple city slickers camping once and it rained and was windy on one particular night. They hated it of course and will probably never do it again. Me? Was just another camping experience, albeit not a great one...Not because the rain and the wind but the two annoying assholes I took! 🤣