Go to the moon with.. It rhymes nice, doesn't it?!

And I think this reason is good enough to invest in the new revolutionary defi spearheaded but the one and true supreme leader!

On a serious note, this is obviously not financial advice. Just something hilarious I stumbled upon and I had to share. Gamble at your own risk at https://exchange.pancakeswap.finance/#/swap?outputCurrency=0x737f0e47c4d4167a3eecde5fa87306b6eee3140e

I mean Rocket man clearly loves to play with his rockets and rockets go to the moon ( the logic of a 2 year old in action) - the kindergarten teacher I'm sure is proud of the clowns who invented this :)) The slogan should be " hodl or you go to the concentration camps" :D

Sometimes I really hate you you know ?

I think I am going to jump on that shitcoin with a few bucks $$$.

Did you already buy some Kim Joon Moon ?

I found the animation, the “poo” dapp to check the price hilarious 😂.

I am not touching this shit 😂

I am disappointed by the king of the shillers!

Well tell me when you see a worthy coin

Owww, there is the answer to my question.
Why o Why you think this is shit? {LOL}

Have a look at TLM for a quick buck.

I wouldn't be surprised, a shitty decision might just make one a millionaire.

That is so true for crypto!

A lot of moons, dump and pump, a stupid mistake can bring you millions

Our Trumpman already has a coin, at Bitclout. Did you miss that one? :)

I think there are plenty, just search for trump at gecko!

Lol seems a little too risky to gamble on but is there going to be a putin coin then also? The media loves to shout Russia lol.

Speaking of rhymes it would have been better (and I think funnier) if it was just called "Commie Coin" 😂.

We should do one! A coin distributed to anyone as long as they shill us and don't say anything that we don't like. Oh wait, that already exist: STEEM.

The First Nuclear Token is Live!

Proper gamble this one but have seen worse, just look at Doge.

LMAO. They have hired Astronauts to build this. I laughed so hard while reading their sassy whitepaper. 😂 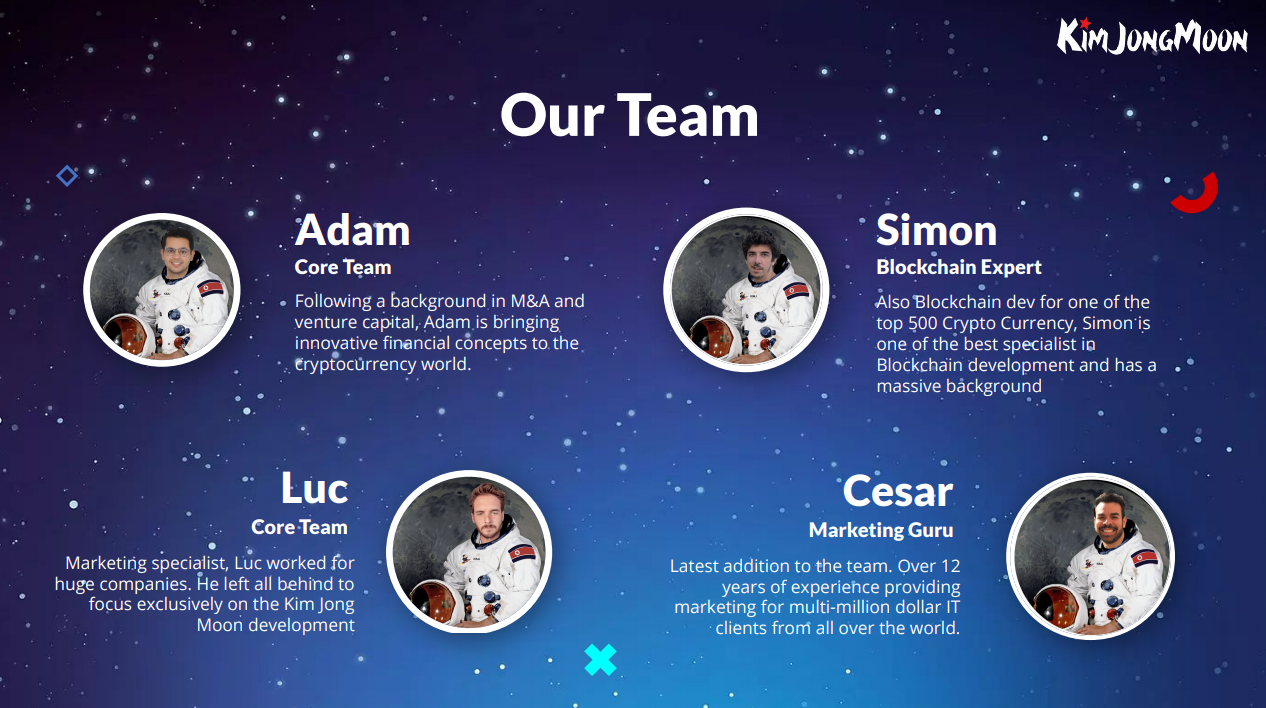 This guy makes me sick, literally. Makes me sick! Thanks for the heads up, but I could not live with myself for even opening the link :D

But it's making fun of this guy :)

What is a juche?

The leader of North Korea. Juchism is the what North Korean Communism is generally referred to.

Hahahaha, yet another share of great fun... and maybe of great value as well :) Yesterday I received this same link from a not so active HIVE member. 3 Hrs before it went live. Very interesting whitepaper they have; Jus a few slides which seem to be more a kinda collection of a screenshot from their website. I wonder when Elon steps in and starts to Tweet about this. Next Meme token to the Moon... and far beyond! :)

Funny Discord they have as well. This morning lots of users complain though... They seem to have promised some kind of airdrop that didn't happen as of yet.

BTW, did you took the gamble already?

No I didn't gamble, I am pretty bad at it and generally I don't don't touch poopcoins unless I can get them for free 😂

Same here! Don't like poop coins. That said, DOGE is one of those I felt so much in sync when I watched a small clip in which Elon Musk mentioned that it'll the best joke ever when DOGE becomes the main and most dominant coin. I love this kinda turn of events. DOGE = POOP... or better, was POOP (or maybe still is POOP).

Overheard someone in Clubhouse yesterday stating something to the lines of 'DOGE may plan development and roadmap', while others in the room didn't believe this will ever happen. When it happens though, we have proof that POOP coins can turn into GOOD coins (assuming whatever the dev teams will plan to do and the execution thereof is turning POOP into GOOD). In the end, it is only 50% of the characters that need to change to get GOOD instead of POOP, and it concerns only the sides that require changes, so it can't be difficult :)

Here you go @trumpman. One of my old memes with you and Kim. 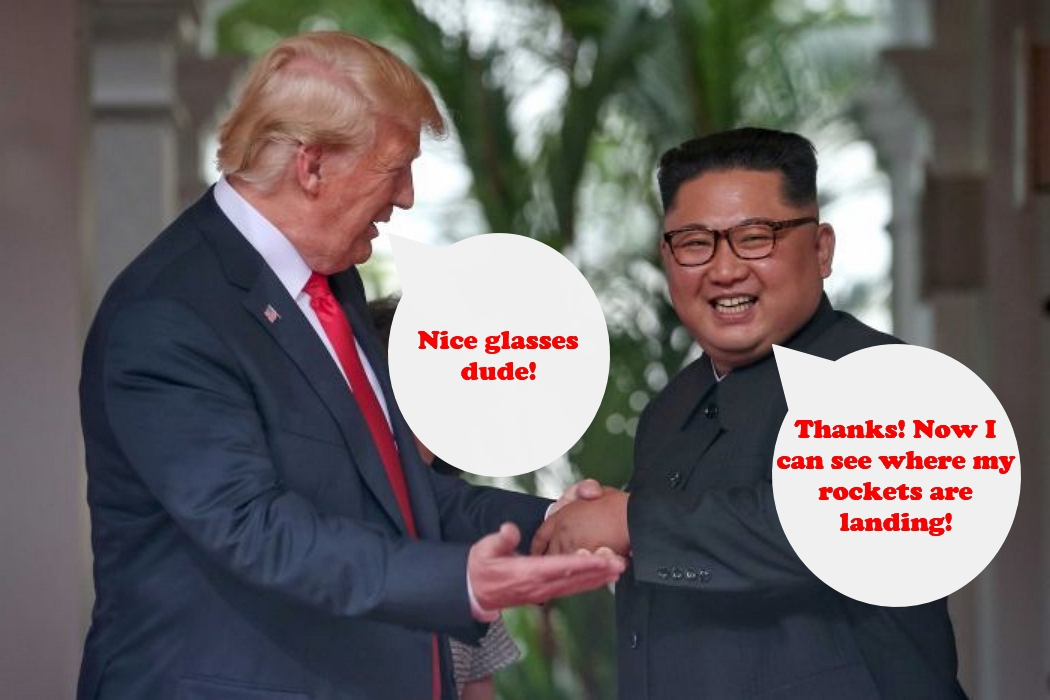 I love it! exactly what I was looking for!

I was just about to take you seriously when I saw the title of the post.

A lot of shitty coins everywhere with no prospects