trumpikas in LeoFinance • 2 months ago 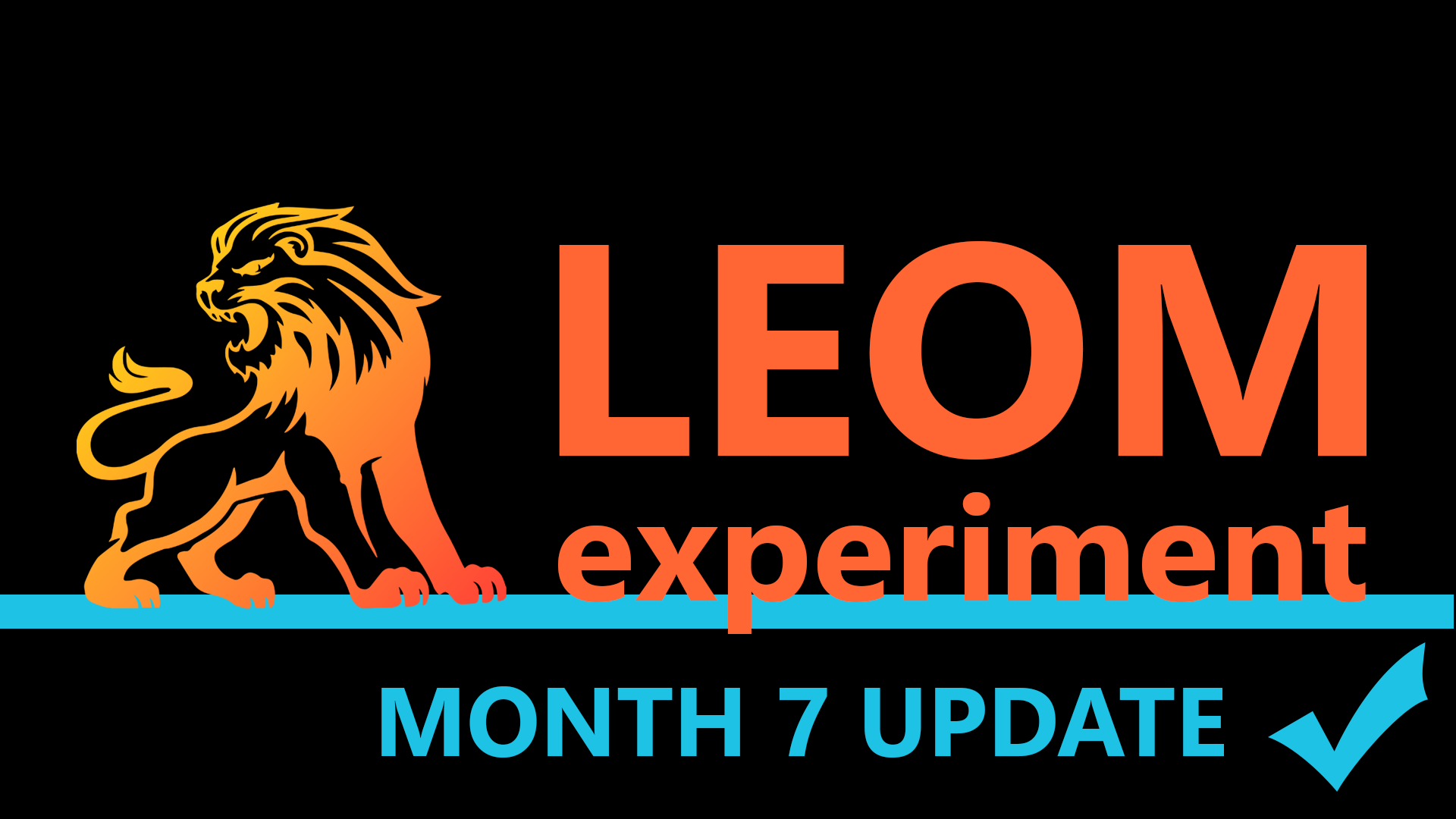 This experiment has been going on for 7 months now. Previous update - month 6.

The original miners cost was 2144 HIVE (2HIVE=1LEOM). So far about 790 LEO has been mined during the experiment. If we would convert it into HIVE now we would get about 1185 HIVE. This is a fast change, we are down a lot from last month in HIVE because HIVE has grown so much so fast. That would be 55% of the original cost (in HIVE). Not so sure in the 100% ROI (in HIVE) anymore in the next months. But we will see how HIVE and LEO will do.

The current prices of HIVE and LEO. HIVE is up about 90% since the last months update and LEO is DOWN about 7%. BIG change since last month, LEO down a bit, but HIVE has made huge gains. 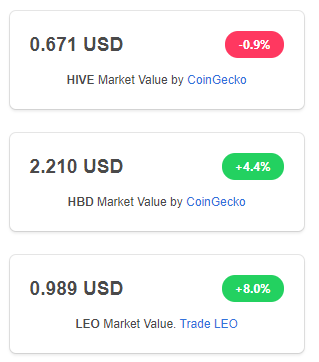 LEOM amount a bit less, started unstake of 40 LEOM, because I have too much and market needs more liquidity one day. Growth of LEO - 2200 LEO staked now, and 33 in balance. About 178 more LEO in balance and staked than last month - slowly growing.

As seen on the Hive Engine table from hivestats.io, there was 161.07 new LEO in the last 30 days. Most of those LEO-s was mined by the Leominer. 160 LEO at current prices is about 237 HIVE. A bit more LEO mined than in an average month.

The price graph of LEO on LeoDEX. Tanking in HIVE, but slowly finding support maybe.
1.5 HIVE per 1 LEO, a lot less than last month, but HIVE has been going up.

The price graph of LEOM on LeoDEX. Lower in HIVE compared to last month.
Currently at 6.6-8.5 HIVE per 1 LEOM. Better deal than last month if anyone wants to collect some, seems just a bit undervalued actually to me in HIVE, in $ seems fair value.

I understand there are currently more exiting things in this space. click on the cute cub

The graph of the staked LEO since the beginning of this experiment. The goal is to collect 5000 LEO by the end of 2021 mostly by mining. About 2770 LEO still to go, soon half way there. 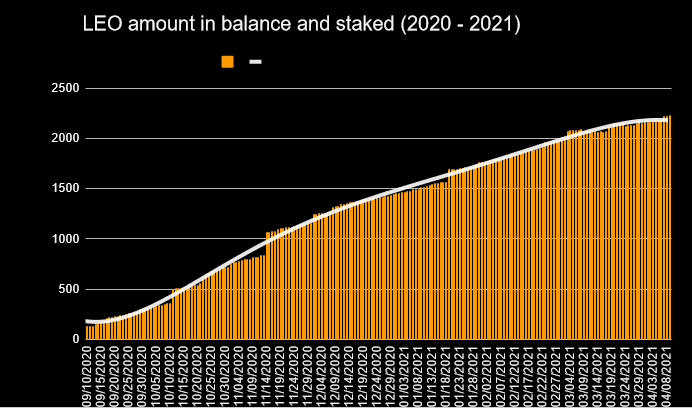 Should focus more on LEO I think. Have to keep going! LeoFinance and HIVE are doing great, community is growing. Thanks for reading :)

LEO is quietly growing in strength as a major cryptocurrency

It sure is. A lot of development going on, most in the shadows. A lot coming soon, who knows wen.