Have you tried out the new LEO front end?

@themarkymark 80
about 1 year ago
LeoFinance 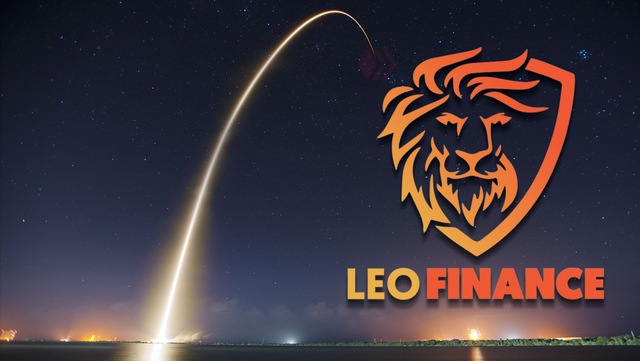 @khaleelkazi has been working for a while now on a new front end (aka condenser) for his tribe LEO Finance. It was a pretty aggressive undertaking, but it is finished and is now the default front end for the LEO Finance tribe.

Hive Engine tribes like LEO Finance typically use a front end called Nitrous, this is a fork of condenser maintained by @eonwarped that uses the SCOTBot api to populate the site with Tribe related data rather than connect to Hive nodes (technically, it needs to connect to both as there is still Hive data it needs to gather).

@khaleelkazi decided it was in his best interest to build his own front end giving him complete control of the look and feel of his tribe. This is something I'd love to do personally for STEMGeeks but I just don't have the user base right now to justify such a project.

As of right now, there isn't a lot of differences. You can see some tweaks here and there but you will see a lot of similarities with condenser and even Peakd. From what I gather from @khaleelkazi, that will change though and in time and the differences will become greater.

One change you will notice is the front page of LEOFinance.io. Another change you may notice is in the wallet. If you didn't know, LEO has their own Hive Engine Dex interface and you can see some traces of that in the wallet section of LEOFinance.io.

Here you can view and use your LEO balances and click on Hive to see and work with your Hive balances. All the core functionality like powering up, powering down, transfer, and savings are available.

If you click on Hive Engine you can see all your Hive Engine tokens as well with the ability to transfer or trade via the LEO Dex.

One thing I noticed on LEO Finance is how it handles loading of pages. Instead of partially loading content it will fade in and out as the page loads. If you have used a Tribe site powered by Nitrous there is a very frustrating bug that a page will partially load so a post will look like it is only a few sentences, then sometime later the post loads. This is a very frustrating and annoying experience, especially when looking for spam and abuse.

LEO Finance is one of the most successful Hive properties when it comes to ad revenue. By having their own front end, they have the ability to tailor and experiment with ads in a much more precise manor without the confines of Nitrous or the fees from Hive Engine.

I am looking forward to see the development of LEOFinance.io for my own personal reasons as a tribe owner, but also a member of the LEO and Hive community. I'm really impressed with @khaleelkazi's initiative and fearless drive.

I think LEO is a fantastic opportunity for onboarding users to Hive. Speaking of which, LEO Finance uses a customized integration with Hive Onboarding to streamline the onboarding experience. This is critical to reduce the friction of signing up new users.

Absolutely remarkable on how much Leo has crushed it...And now with this front end...Wow!

Gives the rest of our tribes something to shoot for....Such a win!

i've been reading on and off all day,
i even made a few comments here and there

the interface is pretty nice ;)

Wow! This is really cool! I love the way the information is broken up into different categories. It looks like they are just waiting to be filled, and an interface like that is bound to bring lots of newbies who love the 'financial' side of crypto.

Nice job... I'll definitely have to check it out. Thanks for posting!

It seems to me a pretty nice interface, what bothers me a bit are the button names with extra characters

Leo has stepped it up a little notch wow

I wish I would of never sold all my Leo tokens and miners way back when. I wonder what the future holds for palnet..

I was starting to buy a lot LEO but then the price dropped when we forked to Hive and never got back to it. I really wanted to buy up a lot. Now it is a lot harder.

After supporting LeoFinance by struggling through using the old condenser version, this new interface is certainly a breath of fresh air for us in the community.

It's got a very PeakD feel to it at the moment, but features like the LEO focussed wallet, price tickers and investing specific tags, are making it start to feel like a real home.

I'm waiting patiently for subscription service integration, similar to that on Seeking Alpha. This will add to the LEO token economy's self sufficiency and further differentiate the front-end from Hive.

Either way, I'm loving the progress LeoFinance is making. It's going to help the entire Hive ecosystem in the long run.

the new front end is hella classy compared to what we had and I am sure they going to continue to add features, Ive been using it on beta for sometime but now that its ported over its probably preferred front end. Still use peakd to manage all the notifications though and some community stuff outside LEO

@nathanmars 74
about 1 year ago (Edited)

The new interface is awesome, much better than "Condenser", but what I am still missing are notifications?

@lasseehlers 69
about 1 year ago (Edited)

I/we are working on Bee chat and intelligent badges.

Its not really new functions this new design have, its just another layout! Leo finance has a lot of banners, which I think is not good for the tribe members, we on LASSECASH has a philosophy of no banners.

Also I recently donated 1 million LASSECASH to HE team, making then have a strong incentive towards LASSECASH.

Amazing site. It was made great job.

@jacobtothe 74
about 1 year ago

So far I have only used hive.blog & peakd.com. Back in the STEEM days, there was another frontend I have since forgotten that I tried long before steempeak was available. I have been meaning to try other options, but haven't really felt a need to explore them enough to actually do it.

As with any new update, there is a certain learning curve involved in finding everything that has moved/changed. All in all, it has a nice clean look, while providing faster access to more information. I'm sure it will become more useful as I use it more.