They say history tends to repeat itself. This is certainly the case with the advancement of cryptocurrency.

Many have compared what is taking place to the early days of the Internet.

From a development perspective, we can see how this is true. There was a lot of infrastructure to be laid. The early platforms did not interact meaning that a phase of interoperable development was required.

This has caused many to try and guess what time period we are in now. My guess is that we are circa 1995.

That said we are seeing something else. During the Dotcom era, we saw a lot of crazy financial things taking place. Presently, we do not see a great deal of things that mirror that time, yet. However, that could come as the mania really sets off. We will have to see if the development outpaces the craze that tends to go with new technology. 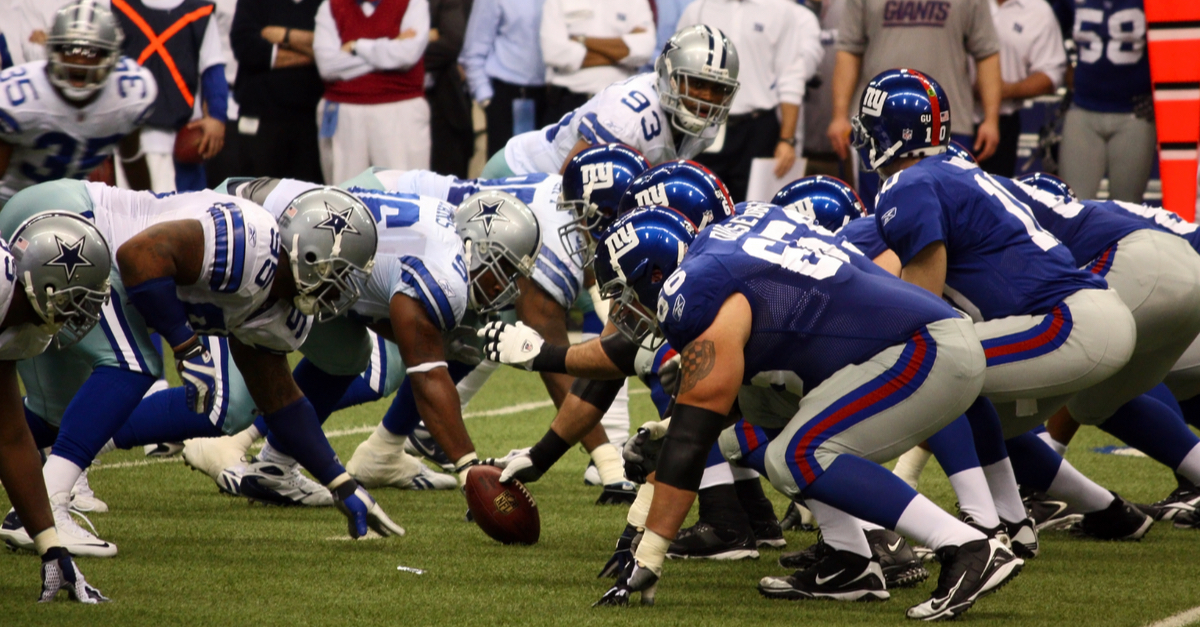 Sponsorship is big business for corporations. As companies get bigger, they look to align themselves with the customers of other entities. Of course, little is bigger than professional sports.

This is an important market for companies since sports tends to hit upon some key demographics. Because of that, companies spend a fortune to advertise and market to the sports fans.

Recently, we saw the crypto exchange FTX win the naming rights to the Miami Heat (NBA basketball). This is mirroring what happened in the late 1990s/early 200s when internet stocks were going through the roof. Those companies were plastering their name all over the place.

Of course, many companies went public during that time. We saw the same with Coinbase a couple weeks back. There is a major difference this time. During the Dotcom run, many of those companies had no application, let alone profits. Coinbase is doing tremendous business right now. Grayscale is now looking to get their name out there to a much greater degree. This is the leading company in Bitcoin and other cryptocurrency trust money. They have near $40 billion under management.

So Grayscale decided to partner with the NFL to help achieve that end. To be specific, the fund is linking itself with the New York Giants.

Grayscale is now a sponsor of the New York Giants, which makes the team the first in the National Football League to form a partnership with a cryptocurrency company.

As part of the deal, Grayscale, the “Official Digital Currency Asset Management Partner of the New York Giants” will also be a Presenting Home Game Sponsor, a Supporting Sponsor of Giants Training Camp, and will host “voluntary, educational seminars on cryptocurrencies for Giants personnel” every year, according to a Wednesday press release.

The NFL is making news with cryptocurrency, or at least some of their players are. Russell Okung has decided to take part of his salary in Bitcoin. We also saw the overall #1 pick in this year's draft get part of his signing bonus, reported to be about $24 million, in cryptocurrency.

This is how it starts. A few celebrities start the ball rolling by bringing in more publicity. This gets the attention of the average individual who starts to investigate what is taking place.

Right now is a great time for professional sports teams to start aligning themselves with cryptocurrency firms. The knowledge level, overall, is low at the moment. However, things are starting to move forward especially with the NFT market. This is something that is ideally suited for sports teams and their players.

We already saw the NBA take advantage of this by creating NBA Top Shots. When it comes to content, professional sports teams as well as their teams have a ton of it. Being able to leverage this could not only bring in big profits, it can also tie itself closer to the fanbase.

While the Dotcom era was crazy from a financial market standpoint, the push forward as a legitimate industry. We are seeing the same thing with cryptocurrency. As firms get more attention and align themselves with traditional businesses, we will see it penetrating more areas of the business world.

This will also likely filter to the individual consumer.

Mainstream adoption is a process that entails many factors. Part of it is for people to start to learn some of he names of companies that are involved in this new field. After all, who can forget all those Yahoo commercials during the craze of that era. Of course, Yahoo was probably the epitome of excess valuations at a time when everything was nuts.

Nevertheless, the company did manage to stick around for a couple decades and the applications are still around today.

What cryptocurrency companies will be around in 20 years? We will have to be see how things unfold. However, what is taking place is starting to mirror what companies did during the last major technological boom.

With how cryptocurrency is starting, it looks like it might make a bigger impact upon society than the Internet did.

I think lots of companies are eyeing to enter in crypto directly or indirectly because its a revolution and probably within this year we are going to witness a lot of happenings in the crypto space. Grayscale is a great example and I expect many more to see it joining the trend.

Yeah they are all going to be looking for ways to penetrate this.

We will see how quickly things move. It will be fun to watch and more fun to be a part of.

I think where the rubber meets the road is gonna be how governments react to the growth of crypto. The very purpose of government is control and one of the most powerful tools in the government tool belt is currency control.

The gubment will find a way of getting their piece or they'll outlaw the whole pie...

They can outlaw it all they want. Not all governments will do that so it is impossible to do. There is enough decentralization that they cant catch up with it all.

I'm just thinking if they really put teeth to regulations (i.e. convict a handful of people of something major like wire fraud) it could throw such a big bucket of cold water on the whole industry that it effectively dies - not that they can catch everyone, just make it so scary that almost no one participates.

There are those who think that calling cryptocurrencies a revolution is a kind of exaggeration, but I think it is a perfect word because that is exactly what they are.

Yes it will change how we life. Life when crypto is a part of our daily lives versus before will be truly revolutionary.

This is going to be bigger in terms of the impact than the Internet was.

When I heard the #1 pick was being sponsored by blockfolio and getting paid in crypto I knew that the next stage was well underway (as it was reported on the morning news on the radio). Football fans (average Joe's) will have no choice but to know/hear about crypto... I heard about it on mainstream radio.

Cryptocurrency IS the internet revolution and it's inevitable. Governments can try to legislate it away or try to control it but they don't have much power over it; Thats a good thing. Can't trust central governments with the money supply.

Cryptocurrency is like the next big thing,with the way things are going,cryptocurrencies might become more popular than the internet itself ....@taskmaster4450le

We see it every day here on Hive people that are doing real revolutions in their lives because of crypto and now, news like those you mentioned show that the revolution is in fact occurring on a much greater level.

What cryptocurrency companies will be around in 20 years?

I don't know but I think they will still be around. But like you said in one of our previous discussions, it may be outpaced by quantum. However I do think the existing crypto systems will probably find a way to get onto the quantum systems. There is no change to how crypto is part of the future but as what type of form it takes, I do not know. So there is nothing wrong with companies having a crypto option right now.

For me cryptocurrency is already making the greater impact. This will be evidence when it gets wider adoption

Congratulations @taskmaster4450le! You have completed the following achievement on the Hive blockchain and have been rewarded with new badge(s) :

That's why this bull market will be a whole lot different than the one 2017. Back then we were speculating on potential, now we have use cases and we're just getting started.

This has caused many to try and guess what time period we are in now. My guess is that we are circa 1995.

Does that mean that this current Doge trend is the equivalent of AOL? :) I think this is a really great idea to get the "names" of cryptocurrency out there. We have already seen a growing number of professional athletes opting to take their pay in crypto. I also heard that someone saw a Coinbase ad on tv the other day, so it is only a matter of time before we see the Dogecoin Alamo Bowl or something like that! :)

It's hyper super duper crazy that we haven't reached the dotcom era of crypto, I can't even imagine how that would look like :)

In many ways the internet and cypto currency are one and the same. They may seem far apart but it was only really 10 years later that crypto came along. They both had a 10 year incubation phase, crazy to think where we will be in 10 years.

It is true that cryptocurrency is like the internet revolution, and it will even have a more impact on the world than the internet did.

It is also true that as with the internet revolution, many startups died out and also in the crypto space, almost 95% of the cryptos now will be dead in 10 years time, only solid projects will survive!!

Cryptocurrency will have a big impact on the world more than the internet did because we now have the impact of the internet and that of crypto.

The impact on the world from crypto is already evident as even third world countries are being impacted unlike with the internet revolution.

I have to admit that here in Uganda, the internet became widely used in the last 5 years ago, but crypto is now taking a faster speed of penetration into the African continent.

My only hope is that Hive keeps advancing so that it remains around even 2 decades later.