We all heard about tribalism in cryptocurrency. There are the Bitcoin Maximialists who believe that Bitcoin will be the single currency of value and everything else is trash. Of course, the challenge with this is that the "winner take all" mentality is deeply ingrained in us. 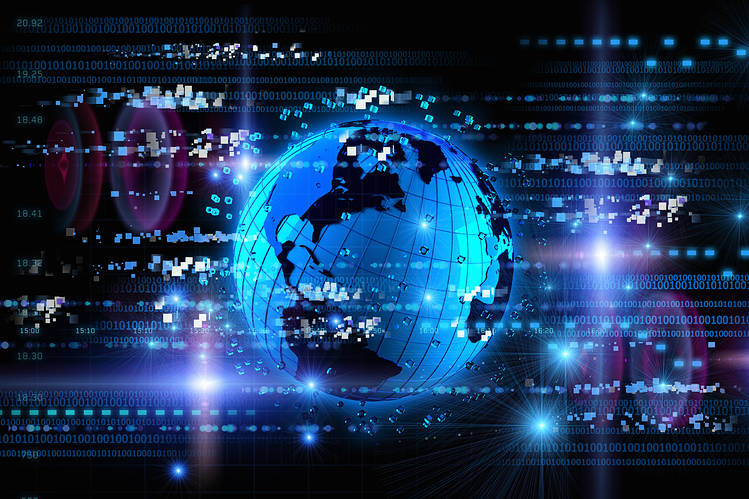 In a world of scarcity, competition is the main characteristic. For me to win, someone else has to lose. After all, there is only so much to go around. Hence, with resource distribution inevitable, there are going to be some winners while others lose.

It is a mindset that needs changing. As stated repeatedly, we are entering the Age of Abundance. This is due to the fact that the digital component to our lives is only growing. Therefore, we are operating in a realm that is near infinite. Resources are no longer scarce. Digitization means commoditization. This means that prices plummet with access being opened to more people.

This is a world that has no borders. It is not physical hence not subject to the Newtonian Laws of Physics. We can see how one can be interacting with one in Bangladesh one moment and another in Buenos Aries the next. This is obviously not possible in the physical world.

We also see how the borderless nature makes regulation very difficult. When something operates in this realm, it is impossible to determine where a transaction actually took place. Is it where the server resides? Could it be the point of origin? Destination? Where does this get applied to?

These are questions that are not present in the physical realm. At the same time, even though we are more then 25 years into this, there are no concrete answers. The challenge is we are dealing with entities that were not designed for this arena.

Cryptocurrency is going to be of great impact. Since it was designed in the digital world, it also knows no borders. Transactions can take place anywhere, between any two parties. There is no need for a centralized entity to be involved. Instead, we simply can operate on a node-to-node basis. It is like communicating via Walkie Talkie except on a global scale and at rapid speed.

Therefore, we need to embrace the fact that we are seeing a complete transformation of how our world operates. As we delve deeper into this arena, a major paradigm shift will be taking place. This is something that most of society is unprepared for.

Presently, much of our activity is still broken down on a geographic basis. We see reports published detailing how the economy of the United States, the EU, or China is doing. This is comprised of the economic activity that occurs within those borders. Products that are exported are accounted for by determining where they originate from. It is a tidy system that makes things simple.

Of course, as evidenced, we see the simplicity eradicated when we start to look at the digital world. This poses a host of issues that muck up the nice accounting process.

This is not a problem other than for the fact that people are trying to maintain the same system. It is the lack of willingness to change that is the main challenge.

In the digital world, physical location means very little. For operations to take place, where one resides is of no importance. Gamers sign on from all over the planet, engaging as if they were sitting next to each other. Digital downloads can occur anywhere an Internet connection resides. Where the device is located when downloading a song from ITunes does not matter to Apple™.

Hence, we are moving towards a future whereby economies are not based upon geography but networks. This means that what digital ecosystem is more important than the old system of where one is located.

Certainly, we will see interoperability. However, ultimately we are going to see different layers comprised of networks were all kinds of transactions take place. This could be in the form of digital commerce, gaming, social media, and a host of other alternatives. The "rules" of the network are going to be a lot more important than those of physical governments.

A great deal of one's plight in life is determined by where he or she is born. Geographic region still means a lot. Those who are lucky enough to enter the world is a developed country stand a much better chance of success than one who is from a third world nation. We essentially see a global caste system based on geography.

In the digital world, all of this disappears. With the development of blockchain, we see decentralized, open, permissionless networks arising. This means they are open to anyone in the world with an Internet connection. Since that is presently over 5 billion people, that covers a large percentage of the human population.

The early pieces are already being put in place via the cryptocurrency/blockchain development. We are seeing permissionless networks with more applications being added. Since account ownership is provided to the individual, at the core level, nobody can be excluded. This is a marked difference from what our present economy offers. That sees most of the population excluded.

With each new development, we see abundance increasing. There is essentially no limit to where this can go. As we make further advancements in areas such as energy, computation, and software architecture, this is only going to expand.

Therefore, it is fairly easy to see how networked economies are our future. We also witness how inclusive it is.

I'll just be happy when bandwidth finally catches up with all of this. With things being done on the blockchain we will need better access. Maybe not better, but at least cheaper. Hopefully we see some massive price drops in that area soon.

It will evolve. There are a lot of things in the works. We will see how long some of the things take. We are seeing updates rolling out on many levels.

Aren't we already witnessing this with people in 3d World Countries making yearly income in one week by engaging with cryptocurrencies?

It is starting to spread, that is true. The foundation is being put in place. Give it another couple years and we will see what you described out more.

Very good read and alot of good points. I'm a little scared of the era of abundance though. Human abundance tends to mean planet destruction.

Alot needs changing in the world.

Not really. Yes there was a time. But look at all the stuff that once required physical resources that is now digital. Just think of all the devices in your smartphone that were, at one time, produced in the physical world.

Yup, and e waste is a massive problem in land fill. Consumerism has led to monumental amounts of waste. But the US might have a different solution to it. Australia we just send everything to land fill with damaging consequences.

This is the more reason why i think people should be imvolved here rather than social media where only few set can make money.

I think one problem right now is the energy and internet problems. Do you think Starlink will be the solution or should there be something like Starlink but decentralized?

I dont think there will be anything decentralized for a long time. The costs are simply such that it requires a lot of backing to get a network of this sort going.

I almost missed this article, and it most definitely deserves a nice #CENT upvote for great economic content √

@taskmaster4450, you've been given LUV from @utopia-hope.

@taskmaster4450! I sent you a slice of $PIZZA on behalf of @utopia-hope.

You write amazing stuff sir.
I have to ask though, what about geographical tax laws/restrictions that discourage the purchasing and selling off crypto. Do you think the next step is for a centralized crypto to emerge from governments banning together and making only one crypto currency 'legal'? Just as they have done for centuries.

Let's just hope the governments allow this all to happen organically instead of trying to "control" it and keep a grasp on their supposed power. It's definitely going to happen with or without their blessing. It would just be a much easier transition if they actually did what government is meant to do for a change: stay out of the way unless needed.

We appreciate your time and enthusiasm for promoting Hive.
Keep up the good job 😍😍😍