silversaver888 in LeoFinance • 2 months ago (edited)

Stormtroopers, nicknamed "bucketheads" and also known as Remnant Stormtroopers after the Battle of Endor, were the infantry soldiers of the Galactic Empire. The members of the Imperial Army's Stormtrooper Corps served on the frontline as elite shock troops, and their loyalty to the Empire was absolute as a result of their training.

Stormtroopers served the Empire since its inception at the end of the Clone Wars when the Sith Lord Darth Sidious declared himself Galactic Emperor. The Galactic Republic was supplanted by the Empire, and the clone troopers who formed the backbone of the Grand Army of the Republic became the first generation of Imperial stormtroopers. 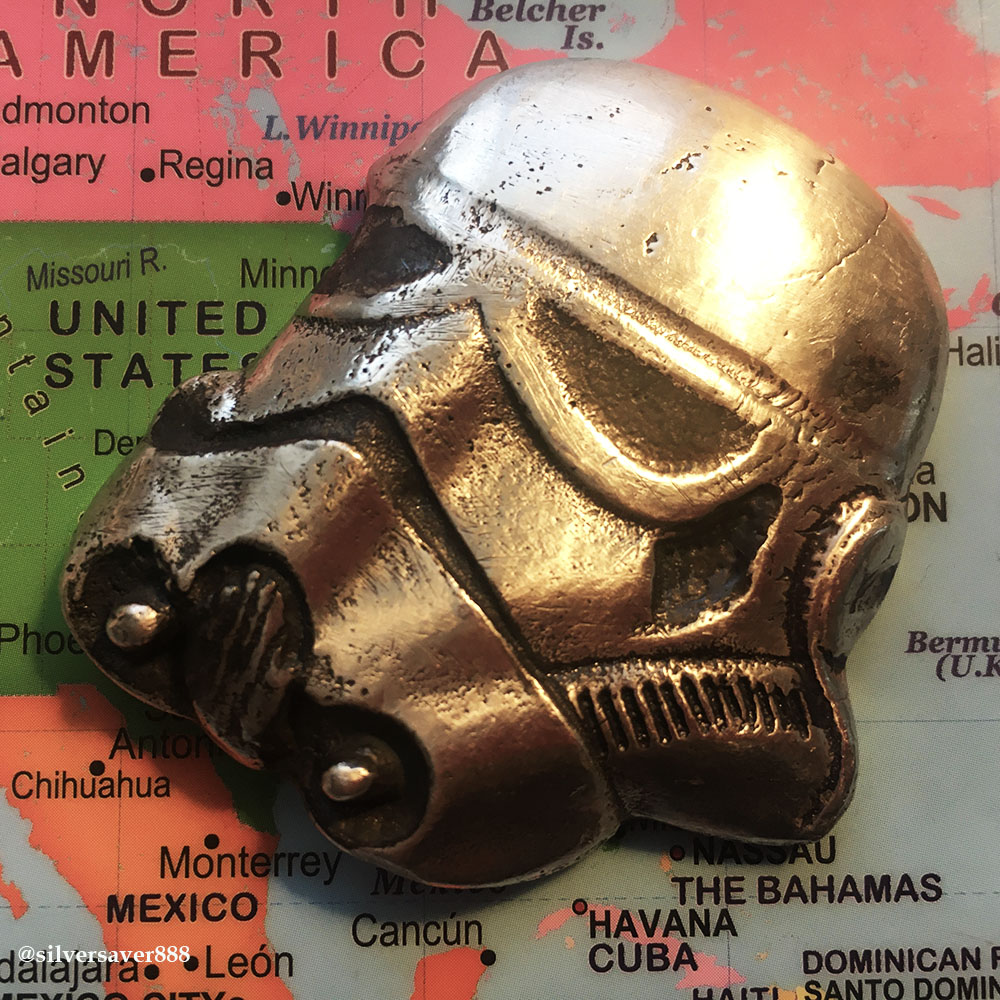 During the early years of the Imperial Era, the cloning operation on Kamino was shut down as the Empire turned to conscription and recruitment in order to fill the stormtrooper ranks. The remaining clones were retired from service due to their rapid aging, their legacy inherited by natural-born humans who were also trained to render total allegiance to the Emperor and his New Order. Stormtroopers were spread throughout the galaxy during the Emperor's reign, from the Imperial capital of Coruscant in the Core Worlds, to occupied planets such as Lothal and Tatooine in the Outer Rim Territories. They fought many battles against the forces of the Alliance to Restore the Republic during the Galactic Civil War, including the Battle of Scarif, the Battle of Hoth, and the Battle of Endor. 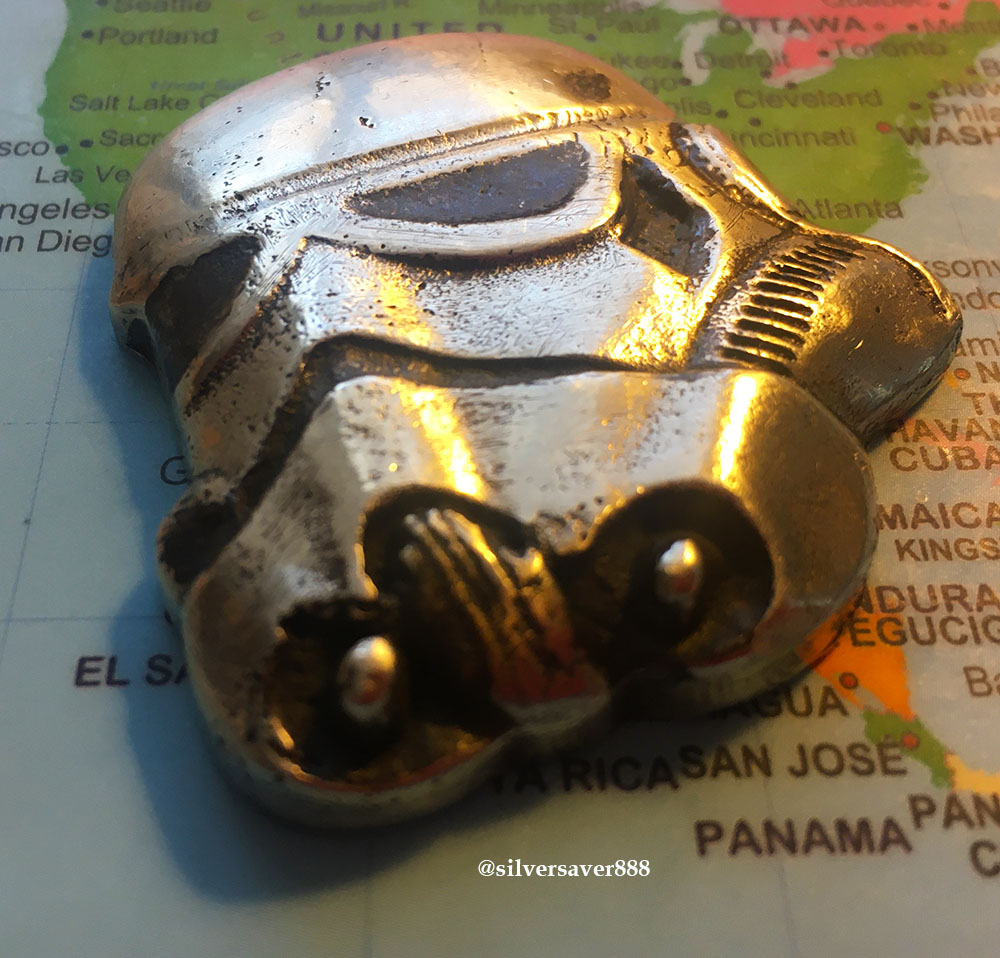 With the Emperor's death, Counselor to the Empire Gallius Rax took control of the Imperial loyalist forces which rallied to his homeworld of Jakku to make a final stand against the New Republic. After losing the Battle of Jakku, the Empire signed the Imperial Instruments of Surrender and the Galactic Concordance, and its stormtrooper forces were consequently demobilized as part of the New Republic's terms for peace. Despite this, a number of Imperial remnants continued to make use of stormtroopers as soldiers or mercenaries in the Outer Rim, including Moff Gideon's faction as well as the remnants on Morak. By the last days of the New Republic Era, a new generation of stormtroopers emerged as soldiers of the First Order.

I started documenting my hand-poured silver bars late last year about 7 months ago.

Thanks for showing the Silver Treasure, @silversaver888. There is going to be a Poured Silver Art Market, someday. The one of a kind, unique items.

Thank you, @stokjockey!
I enjoyed the short clip. May the force be with you, @tbnfl4sun

At 3.3 Ounces this Stormtrooper has some weight behind him Lol!
Three dimensional silver pours are so outstanding @silversaver888, beautiful my friend, thanks for sharing!😀

Yes, it is quite hefty!
I'm glad you like it, @silvertop 😀

Awesome! I have just finished watching the mandalorian and am now watching the “bad batch” sequence to the clone wars. I am not a huge Star Wars fan, compared to some friends that have literally memorized some troopers names (specially the clones, THEY ARE CLONES how did they memorize their names I have no idea!!), but I would say I am a huge “star wars enjoyer” hahaha

If I understood it right, this weights 3.2oz, which (not taking into account labor and other materials and tools used) should be worth around $90 by the prices I just checked.

That is a fine and pretty piece, well crafted!

Hehehe, they've memorized some of the troopers' names!
You're about right ... for anything close to spotprice. But that is seldom these days!
Thank you, @igormuba!

Star Wars. Ah I haven't watched any of the newer stuff but it might be because of the fact that I haven't exactly heard the best things about it.

Yeah, yeah, yeah!
Hahaha. You don't have to watch any of the stuff!
Just enjoy the silver hand-pour!

That's a particularly awesome silver bar! It has so much character, especially the little imperfections on the polished parts. They make it look like a real battle-scarred helmet!

Yes indeed!
I am glad that you like it!
Thanks for checking it out, @proto26!

that is a sweet pour, you can see it is sand cast but very coooooooooool

Yes, it is sand cast! How did you know?
Oh yeah, it takes one to know one, hehehe!'
Is it not so cool, @monsterjamgold?

how are you dear friend @ silversaver888 good afternoon
Thank you very much for letting us know about this beauty and all the valuable information about it.
I take this opportunity to wish you a prosperous week

Hello @jlufer!
This is another one of Silver Vessel's pours.

Enjoy the rest of the week, my friend.

Thanks for checking this out @irenevarroart!

I don't know if you are aware of this Youtube Channel, Empire Precious metals formerly Stacking Storm Trooper.
https://www.youtube.com/channel/UCN2jWuTVPm-oOeretX2YLWw


And quite entertaining too.

Hahaha, I watch his video about a week ago, and he showed his gold collection.
He is funny! Especially when he wears the stormtrooper mask!
Do you know that he is a regular teacher! I wish I could tack as hard as he does.

A nice and hefty gem for your stack my sis! Thanks for sharing! Hugs and kisses🤗😘💖🌸

I am sleepy late.. arrrgh!!!! I was out practically the entire day. I can never catch up!

I hear ya, sis! Me neither!

I didn't know you have a son!
Hahaha, most like Star Wars!

This would be a collectors item..

Ah... yes! It would be a collector's item!
Thanks for checking this out, @jayparagat!

Here is some more Bling for ya!

My neighbor is passionate about Star Wars and the like. He is making a full scale R2-D2 from his 3D printer. When it's finished it will even move around. Looks amazing, like this pour you have here.

Hehehe!
Wow, that is creative if your neighbor!
He must be a real fan!

He is. I laugh because his wife is just like "Why?" And he just says to leave him alone. haha. It takes forever for that printer to print the pieces, but it has come together nicely. I'll have to grab a photo of it to show you at some point.

Congratulations @silversaver888! You have completed the following achievement on the Hive blockchain and have been rewarded with new badge(s) :