On not getting caught up in the cost of Status...

revisesociology in LeoFinance • 5 months ago

One of my favourite books is the History of Manners by Norbert Elias.

It’s a history of how social norms ‘have developed over the last several centuries to create different layers of status, often linked to social class.

My favourite chapter is on ‘dining’, probably because it’s the most obvious. The general gist is that the aristocracy used to eat with just a basic ‘single set’ of cutlery, but at some point, as the middle classes emerged, they picked up on this and started copying the dining habits of the elite, rather than their hands, so then the aristocracy developed more elaborate sets of cutlery and more elaborate dining rules and manners to distinguish themselves from the middle classes. 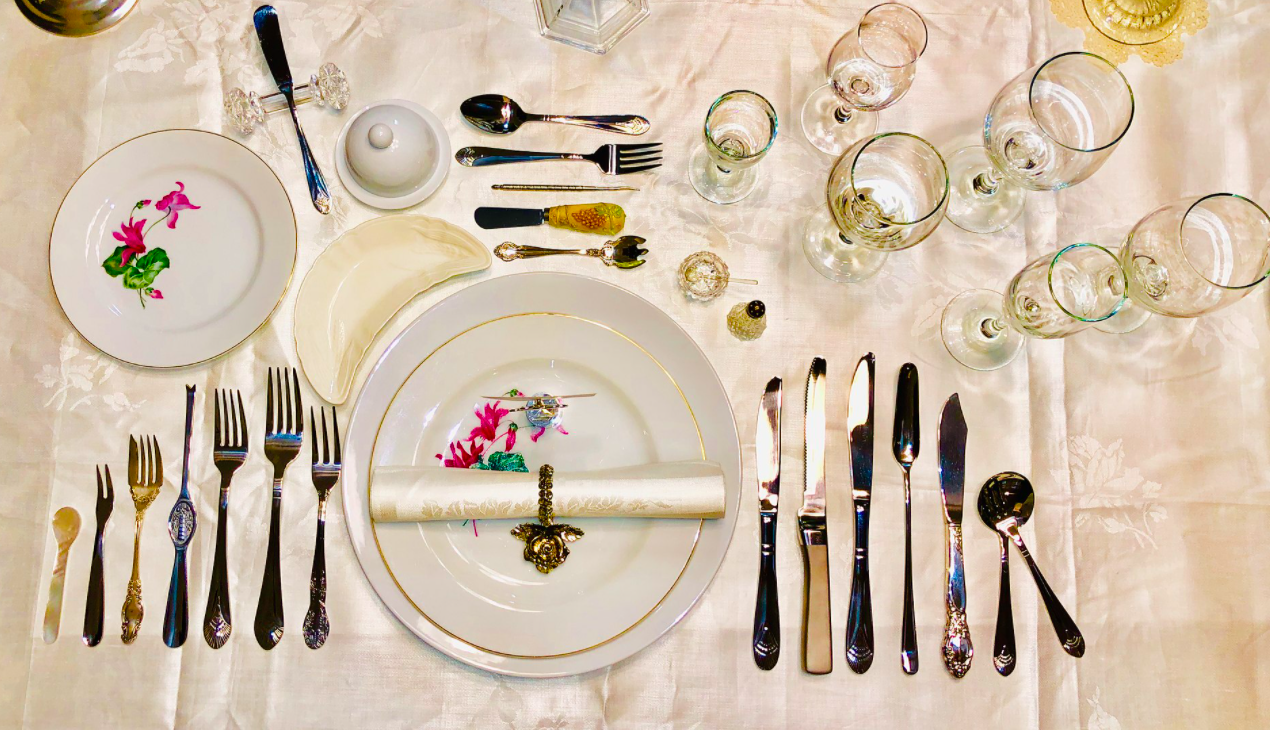 And so on and so on until we have the very elaborate multiple courses and multiple eating implements for different edibles, and all the manners.

There’s an interesting chapter on indoor toilets too - the emergence of which Elias argues was because of status rather than hygiene - the poor had no choice but to crap in public, but a means of signifying wealth and status was to not do so, but rather crap in private.

As a general rule ‘status items’ tend to cost money - the more elaborate your cutlery set, the more you have to pay for it.

Maybe a more obvious example today is your Mercedes costing more than your Audi, which I tend to think of as a poor man's Merc, but that’s still better than your VW Golf or Ford Fiesta. Now, showing off your wealth is FINE if you’ve got enough money to burn - if you’ve made it, if you’ve got, I dunno, $2-3 million making you money, why the hell not buy a six bedroom house in a nice area, stash it full of mod-cons, buy some nice threads and an Aston Marton.

(Actually, personally, I only say FINE because that’s your right, for me personally I don’t want any of those things!)

The 'expansion' of status

I think for a long time now we’ve been in this situation where the desire to fake status is trumping the ability to pay for the display.

This is because those with money are more visible, you may have noticed that the mainstream media is chock full of the upper middle classes, and the elites, the people who have made it, and so we get the impression that ‘high status’ items are normal, even necessary just so we fell like we 'fit in'.

A case in point is the teenager who NEEDS those Nikes.

And today it’s not just cutlery, it’s EVERYTHING

And it's not just trainers. Today, we are expected to have and display as having an enormous array of stuff just to 'fit in', let alone signify success....

I mean think about it - to be regarded as 'normal' what do you need?

And don’t even get me started on the cost of big life events like buying your own house or a wedding, or dating.

And it’s fine if you’ve got the money, but the thing is, MOST people don’t, they’re struggling on an average wage to just keep up with the basic 'status norms'.

You may be aware of this kid Ryan, 2020's biggest YouTube earner. He and his parents make videos encouraging children to buy pointless shit they don't need at inflated prices.

Encouraging kids to buy sweets from a vending machine, presenting this as normal and 'fun' - it's sick beyond belief.

And if this is the starting point of normal today's kids are growing up with, they're going to have shit lives if they try to keep up with this level of consumption.

Personally, I think distancing oneself from mainstream media is a good start, and mainstream friends and family if you’ve got that luxury.

And just not playing the status game, not being led by it, not trying to fake it, until you’ve got enough to spend with ease and not go into debt to maintain an image you cannot afford!

Oh, and don't have kids, lest they be subjected to the normalised-terror of Ryan and his hideous parents.

Very interesting, I think we are all to some extent unconscious slaves to this type of behavior. For example, I avoid taking photos and videos of myself, unless I am well dressed, made up and with a beautiful hairstyle. My god, this is not just vanity, but the desire to show status. I study economics and I need to read this book.

It's quite an entertaining read too, full of historical examples. One of those 'odd books' that doesn't easily fit in anywhere but quite enjoyable.

I remember a student of mine once who said she didn't mind coming into college without make up and slumming it in a track suit - but when it came to photos - everything had to be pristine, so you're not the only one.

Funny how she'd happily go out in public not caring about her appearance, but never on social media!

You said it about people like Ryan and his parents. A lot of teenagers growing up these days hoping to be 'influencers'. It's not for me but horses for courses, I suppose.

I think it's a dangerous place to be in for your mental health.

There aren't that many people who can make it and make a living out of it!

The future is one where 1% will be doing OK, and the other 99% fishing for scraps.

This is so true, and this is coming from a guy that drives a new Merc (company car). We try to buy our status into society and the more we push, the more jailed we are in expectations. I try to respond to people by how they behave, how they treat others and what they know. I'd rather spent time in a park playing chess with a poor writer, that has amazing books than with a jerk in tracksuit and a gold necklace around the neck...life choices.

But if I had a company Merc, I'd happily drive it!

Exactly my point! I wouldn't spend so much money on it, but if it is there, why not.

Social media has increased pressure to have whatever is 'cool' right now. How many kids want to be an 'influencer'? Thankfully my kids did not fall too much into this, but my son does like certain brands. It's going to be much worse with the next generation who had screens before they could read. I try to get by with a minimum of new stuff, but then look to get decent quality when I need something. No, I don't want a 'Lambo'.

I'm with you, enough is all I want.

Escape the Country is the worst example of the lot - the impression that gives! In reality it's the top 5% of home owners, being presented as 'average'.

There's so much TV about buying and selling stuff. Having built a house I watch Grand Designs sometimes and think the people are crazy. We built a home rather than some design statement to show off.

If you break it down - the content of mainstream UK TV - I wonder what percentage is just about that - buying and selling - about a third?

Best off just building for yourself I agree!

Another third seems to be cooking. I watch very little TV these days.

If we build again I'd like to get someone else to do it all. I did a fair bit on mine and I am not the greatest at DIY. Mind you the electrics all work.

Thank God I have always preferred to eat with my hands, perhaps that is why the rich and powerful do not pay attention to me.

Or maybe my Status is so mediocre that I don't even appear on that class radar, but it doesn't matter.

As my sister says, if you have money, buy it without asking the value, but if you have nothing, she only looks and dreams about it.

It is curious that over the years I understood that living by appearance only turns us into zombies but that most does not interest them and they tend to look the other way.

While some of us do things differently and do not fall into false temptation.

Well said, I've never been one for status symbols myself either!

Neither do I, it's the biggest stupidity in the world.

Look, this is why I don't have a driver's license yet. If I'm not gonna drive a fucking Roll Royce then it doesn't worth a penny.

It’s a tough time for parents of teens today. Our 17 yo has 70k followers on tick tock and we have been very open and honest about what that means. That she has a responsibility to have a message that is uplifting. That her posts should have purpose - not fluff. That she is kind and gracious and looks out for others. Luckily she’s had a stable and good upbringing to ground her and she has a good head in her shoulders with friends who help moderate for her online.

On the flip side, she spends tons of time outdoors, we have sleepovers, study schedules and family time to balance the screen time. We’re walking a tightrope of releasing her towards being an adult and holding the reigns on what’s appropriate and what’s not. It makes parenting a guidance role at this point. Kind of like directing traffic to avoid a collision. But she’s almost in the drivers seat.

I know this is a parallel topic but your post lead me towards it. Hope that’s ok.

Status items have become too much of a focus in society. We have begun forgetting about what it really means to live. Our moral compasses are all becoming tainted.

I agree, I'm all for a simple life!