Finally the day arrived and Cub finance launched. The first minutes were really crazy and the Discord was full of Leo users talking about the project. I am really excited by this launch, a lot of fresh energy needed and an awesome product being released.

I am familiar with BSC and Liquidity pools, yield farming, etc.
I've seen many projects go parabolic after this kind of launches, and I don't want to miss the chance with this project. I pooled really early, minutes after their announcement.

I paid a high 4% fee for the pools I joined but I managed to earn 1 CUB per minute the first hour. Insane APYs % if you pool early.

I am concerned about the price of the CUB token after the claimdrop. It will probably dump a little but there is a lot of new money coming in at a really fast pace.

I already earned my first 100 CUB 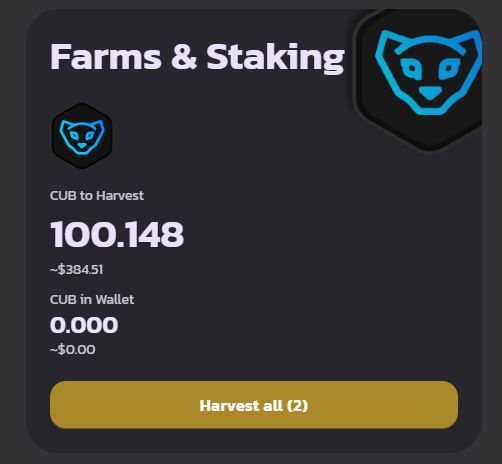 And do you want to know the best part? CUB is trading now above 5,7$.
Such a great start!

We crossed 1 Million of TVL

Within the first hours of the launch we are now crossing the 1 Million $ mark for the Total Value locked in the platform. I'll post this for the eternity! 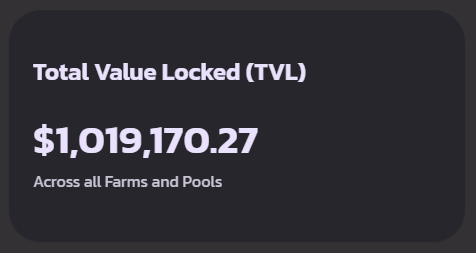 One question pls, so the more people get into the farms the lesser those ROI's become yes?

People who sold their uniswap tokens at 3$ don't feel really good now, I think with that such experience, even more cubs will find their way to being locked up....

Uni is the perfect example of why you should not sell and HODL instead. But everyone is free to do as they wish. :)

I was one of those that sold too early!

Yes, the more people in the farm the lesser those ROI's.
I sold the UNI airdrop too early. With CUB I will hodl strong.

Even before CUB has actually been airdropped on Hive-Engine!

Yes! Amazing times ahead @preparedwombat.
Are you pooling?

well some part of my hearth want to see those who want to sell and drop the price after the claimdrop, because i will have a chance to buy lower and stake for it.
I am not really familiar with the DEfi thing, but with leo and cub, i will dive more into it.
Cub are cute and yet powerful. :)

It's a been a blast tonight, some very nice earnings there!

Best sell some while the price is still high!

First 24 hours have been really exciting!
I want more CUB, let's see how the airdrop impacts the price.

Price has been pretty stable since the drop! Nice to see.

This is kind of crazy how big this could get.

I am not sure what I am doing wrong, but I am lucky if I am making .5 Cub per hour with all of my pools combined. It all seems very much out of my reach at this point. This is my first entrance into DeFi though, so maybe I was just expecting too much.

Congratulation on your first DeFi experience!
This will be the first but not the last.