Leofinance My Home For Life: Call To Action

So I was having a very good evening going through Leofinance and trying to gain some crypto or financial wisdom as I see this community as a financial wisdom hub. Suddenly I started seeing post about our beautiful Leofinance, and few people saying great things about it. I felt there was a group decision in the community that I don’t know of, because it can’t be a coincidence that everyone suddenly felt the urge to start saying great things about @Leofinance. 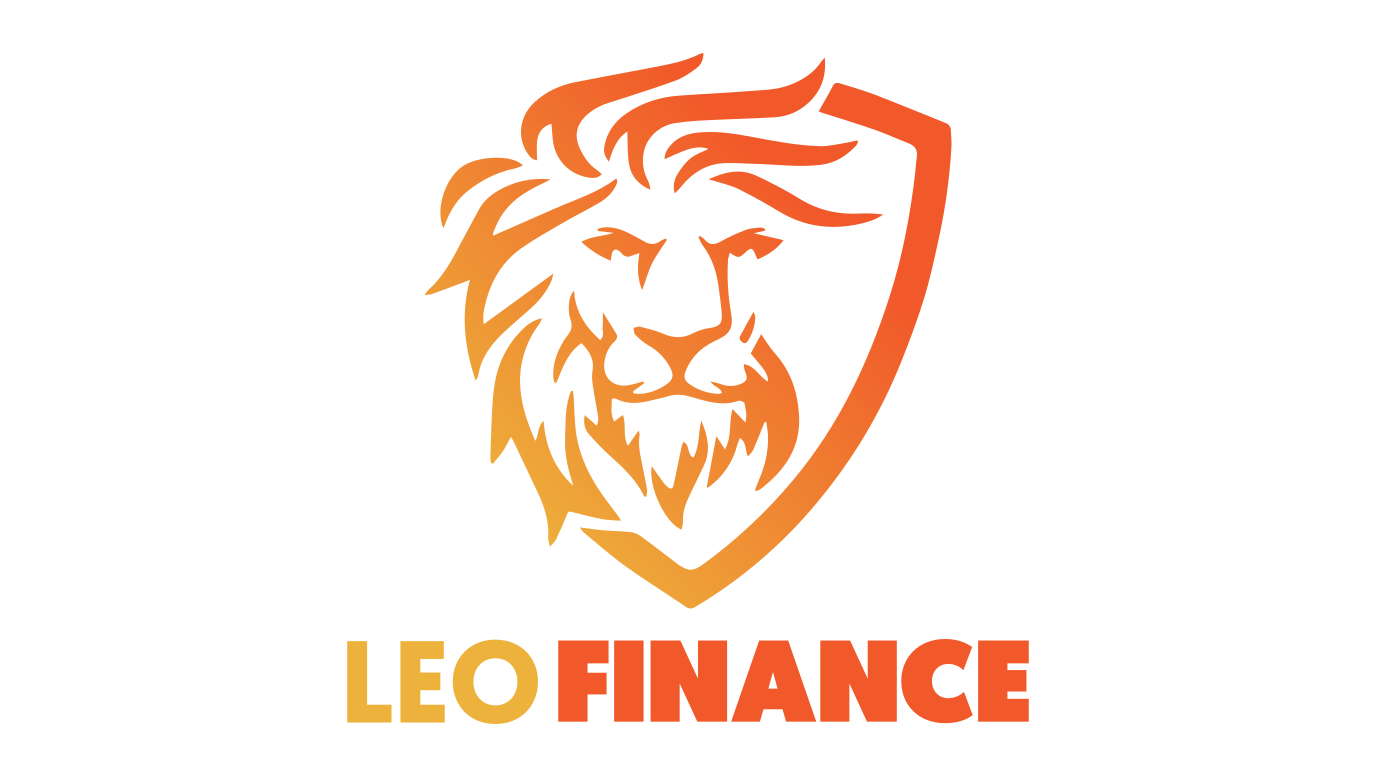 So I went and checked @leofinance post and I saw this it’s a Leofinance call to action, you can check it out to participate. While you are here before you check it out I will like you to read my Leofinance experience.

Well I have said this lots of time and I don’t mind saying it again, I joined Hive because I was trying to join Leofinance. The month of May this year, I quit my job because I didn’t see any future with the job and I felt I was not valued there. I have been in the crypto space for 3 years and within those three years, mehn!!! I have made lots of mistakes, this is based on lack of information and learning. I wish I joined Leofinance community 2 years ago, I won’t have made most of the mistakes I have made in the past.

Before I joined Leofinance, I was looking for a way to monetize my crypto knowledge but I didn’t know how. A friend that knows how enthusiastic I am towards crypto called me and told me about publishox, I joined but for some reasons they kept denying my author application. But I wanted to gain knowledge so I kept on reading other people’s post on publishox, that was when I encountered a Leofinance post. I read the post and fell in love with Leofinance, it was love at first read, I decided it was time to register and join. I registered that day, and that day started the beginning of my journey on Leofinance.

What Is Leofinance?
The Leofinance is a community on Hive’s blockchain where you are allowed to post crypto and financial post, you earn on the community as an author by making post, and earn as a curator by upvoting other posts. Isn’t that the sweetest thing ever?

The Journey Begins
So I joined Leofinance finally, but due to my experience in life, I always knew that good things don’t come so easy. So I never expected to make a lot of money every day from the community because I felt I needed time to build myself on Leofinance so I was pessimistic with my earnings. I made my first post before I went to bed the night I joined, woke up the next morning and saw $0.1 as the worth of my post. I was so happy, I jumped up and jubilated because I was so proud of myself.

I was proud of myself because I never knew people would find my post worthy of reading then find it worthy of upvoting it for $0.1. That $0.1 was my motivation to post more on Leofinance.

I made more posts and got comments, the comments were so beautiful to me because people read my shit and felt it was good. I got up and started doing more research about crypto because the people in the community were so welcoming and encouraging, I felt I was home.

As a Newbie that wasn’t invited on Hive or Leofinance by anyone, I never knew about hashtags and other communities. But I knew other people had higher votes and I felt I was worth getting higher votes all I needed was to be seen. So I decided to start copying their hashtags used on their post. I started putting hashtags like proofofbrain, neoxian, palnet, cent etc. I never knew that putting those hashtags will give my post privilege of being visible on those communities and earning their tokens.

I came across the Hiveengine front end, I logged in and saw lots of Hiveengine Tokens I had gotten through my Leofinance post all because I put those hashtags. It was unbelievable because I felt Hive/Leofinance was just too good to be true. I doubted what I saw so I decided to withdraw and I did, it entered my wallet and to my Binance and withdrew it to my local bank account. This was when I fell on my knees and knew I was home.

Leofinance My Home For Life
Ever since I joined Hive there have never been a day I didn’t post in the Leofinance Community. This is because this where I feel at home. This is where I feel I belong, this is where makes me happy. Imagine learning, gaining knowledge and earning at the same time. I have earned lots of Leo tokens from Leofinance post all thanks to all the people supporting me. I want to take this opportunity to appreciate @onealfa for motivating me during my early days of posting on Leofinance. His curation gave me life and motivated me to never stop. You don’t know what your curations from @onealfa.leo did to my life. Your curations really motivated and impacted my journey on Hive greatly and for this I am for ever grateful. I once had a a chat with him in June on discord and he gave me the best advice on how to be successful with my blogging. 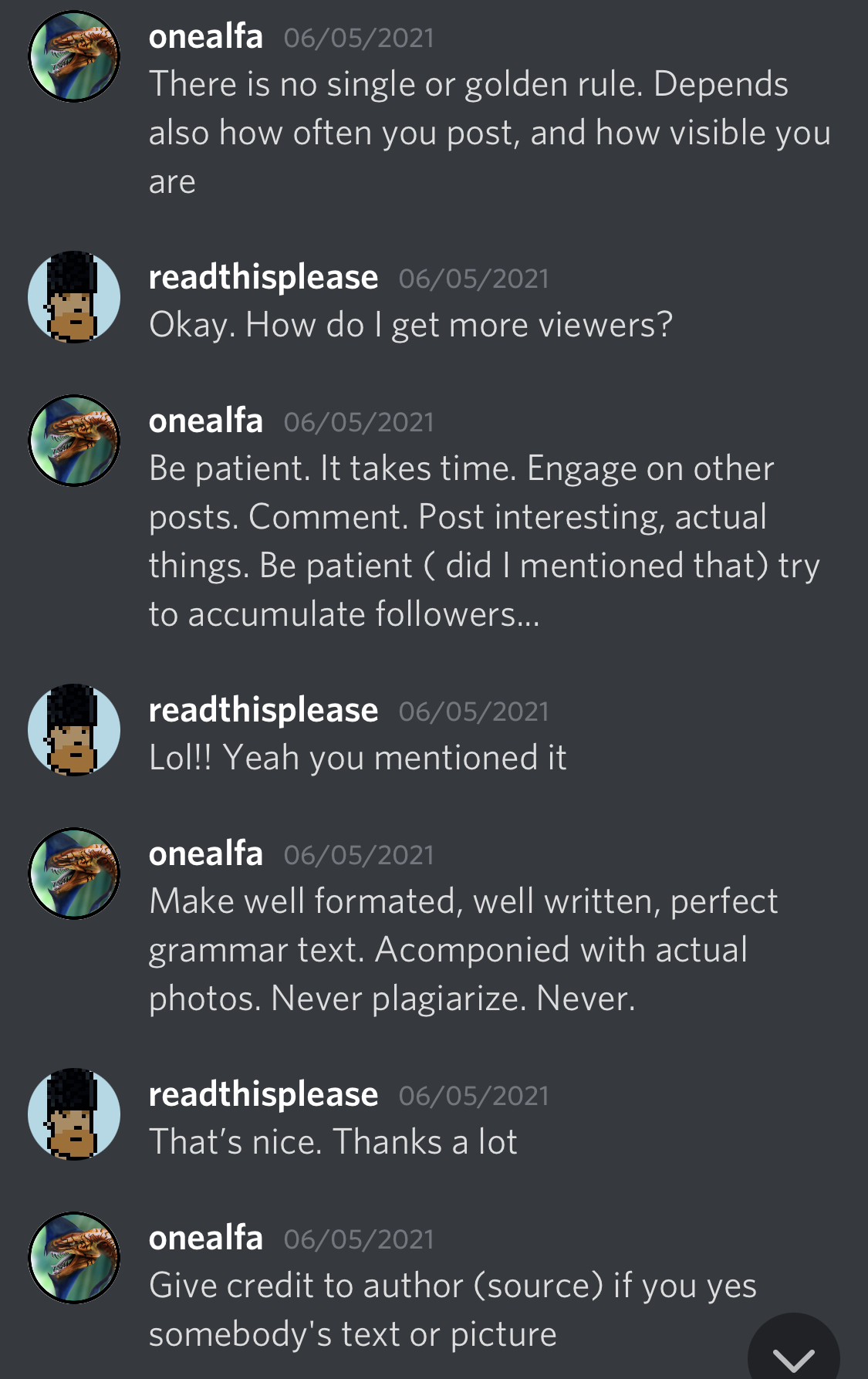 You can see the date of the chat and the words of Wisdom. He gave me a golden Wisdom and tagged it as Rule number 1, this rule has stuck with me everyday as I post on Hive. He said I needed to enjoy what I do if I wanted to be successful. 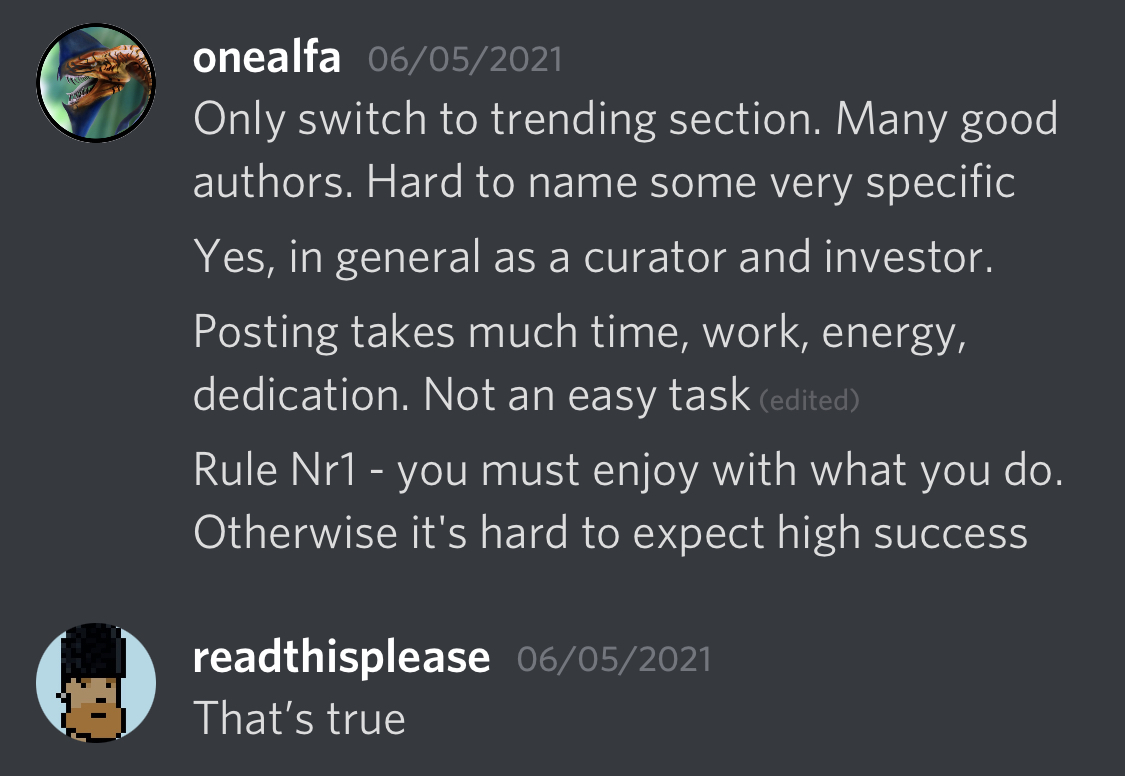 Due to the knowledge I have gained on crypto I have been able to successfully grow my portfolio and invest wisely.

Great advice and indeed Leo Finance is a home for many of us. The community is strong, people are smart and want to help and we all share common interests.

Your passion just needed a little push and that was what @onealfa was there for. I'm glad you took the advice, and didn't give up.

I think this post is also for me because I've been thinking a lot about the views I'm getting on my posts, feels like I'm invisible.

I guess I'll have to learn from the great one himself and try to apply them.

I'm still trying to understand how Crypto really works, when I eventually do, I'll be up to posting on Leofinance.

Thanks for sharing your experience!

Yeah you're right, that's actually a nice idea!!..
I'll start working towards that

It's been an amazing place you've come from, especially that first bold step of quitting your job for an unclear future.

Today, it's all worthwhile

Thanks for sharing the inspiration.

Thanks a lot for reading